On Tuesday last week we decided to make the 50 mile drive from Durango to the old mining town of Silverton. The plans were made without taking into account two major considerations: the road up through the mountains and the weather.

So we awoke early on Tuesday to find it snowing in Durango. How wacky, those of us from Arkansas thought, snow in April! It was in the 60s or so the day before, and the snow was just barely sticking to the grass in Durango. Ignoring this, we piled into the car and headed north on Hwy. 550 towards Silverton.

The road heading north from Durango is deceivingly flat as it heads out of town. But it quickly begins to climb up into the San Juan Mountains. As we drove up higher in elevation, the landscape began to be covered in snow. 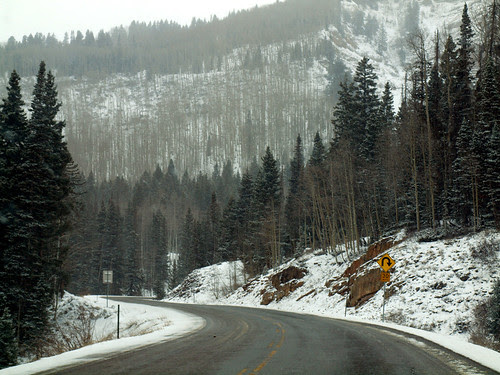 Before starting out on the drive, we didn't realize that the road to Silverton actually goes over two mountain passes, each well over 10,000 feet in elevation. The snow turned heavy, and about three inches had accumulated on the road as we slowly made our way through.

Since the excursion to Silverton was mostly my idea, my friend who was driving was shooting an occasional dirty look in my direction as he navigated the snowy roads. I think visions of his Honda skidding off the road were flashing through his head. He pulled over at the top of the second mountain pass, and we all discussed continuing on or turning back around to safety. Luckily, we decided to forge on ahead. Silverton was only 15 miles away, and the roads would be clearer the lower in elevation we went.

I took advantage of the stop and went out to get pictures. This was the view from the top of the mountain pass, which was still shrouded in several feet of snow. 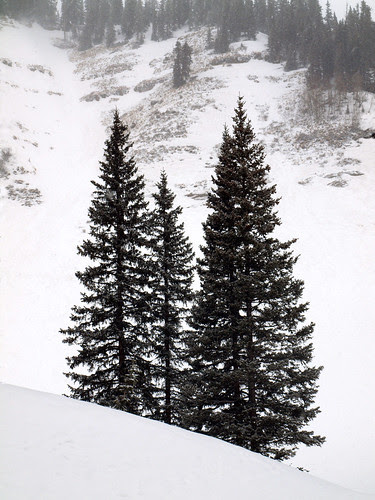 And these were taken out of the window of the car - I'm amazed they turned out: 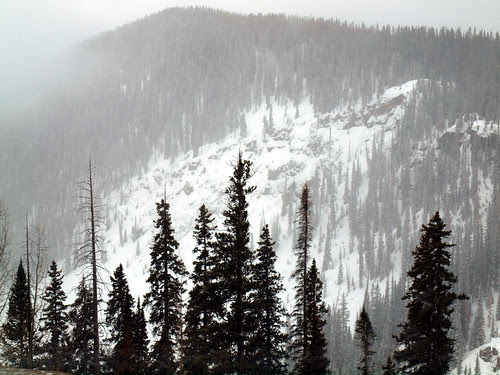 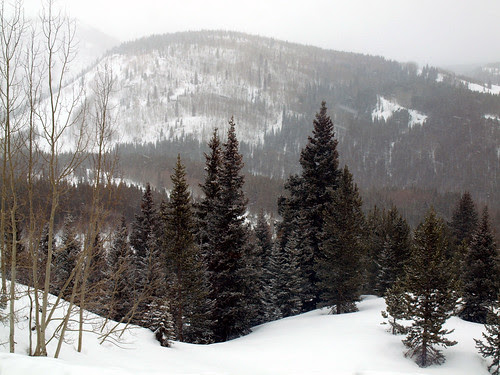 This one didn't turn out at all, but I'm going to include it anyways since it shows how steep the terrain is. The Animas River runs through a valley located far below the road. Notice the lack of a guard rail too... 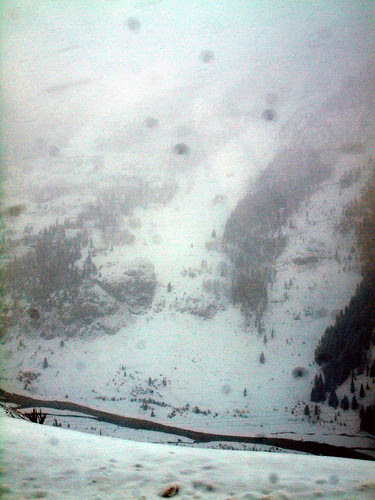 But we made it safely down the mountain, and pulled over to get some shots at a spot that overlooks Silverton. The town sits in a valley surrounded by tall mountains. 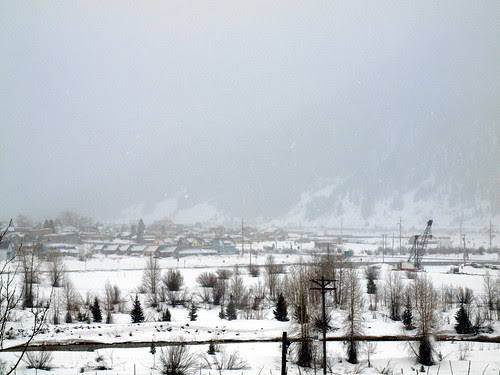 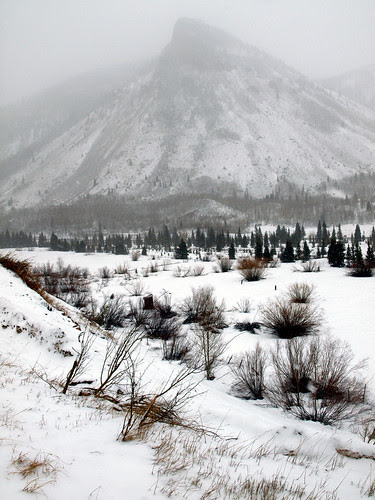 We stopped at a visitor center run by the chamber of commerce, and found out by a lady there that this was just a typical Spring day in the Rockies.

We went into town and decided to explore some. I found this small park, along a creek that runs into the Animas River. 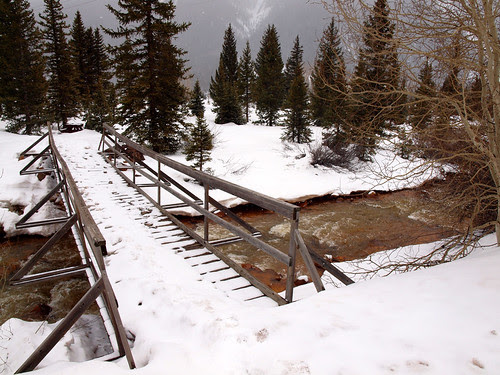 I was amazed at how deep the snow was still in Silverton. 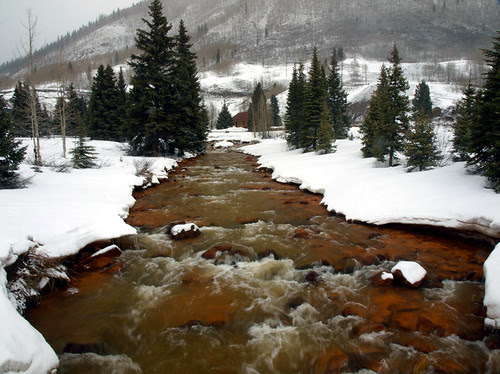 This is a shot of the San Juan County Courthouse in Silverton. San Juan County is the least populated county in all of Colorado, with a population of only 558 people. Part of the reason for that might be that the county also has the highest mean elevation of any county in the country, at 11,240 feet. 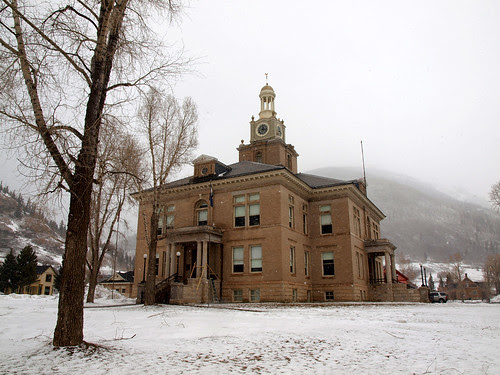 I walked around town some, and walked by what might be the old jail. 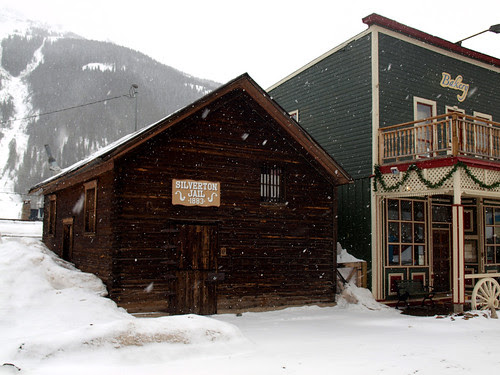 And the Silverton City Hall, with the snowy San Juan Mountains in the background. 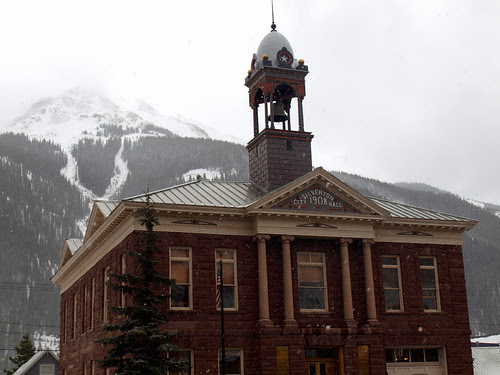 Silverton was founded in 1876 and is the only town in all of San Juan County. The town has a year-round population of about 500 people, but it is visited by nearly 250,000 people every year. It really is an interesting old town, which does feel like a remnant of the Old West era. 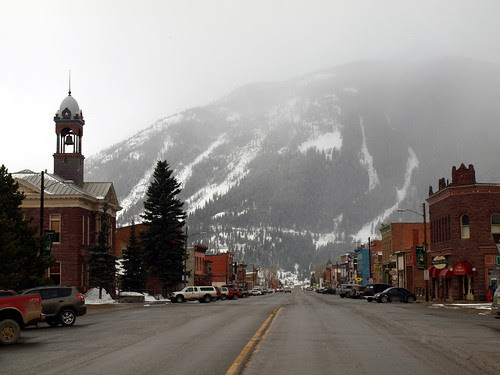 The mountains form a tight circle around the town, shrouded in snow... 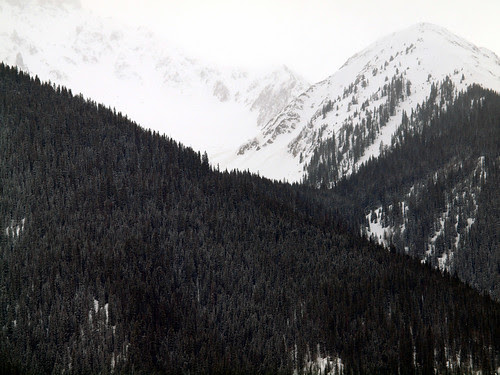 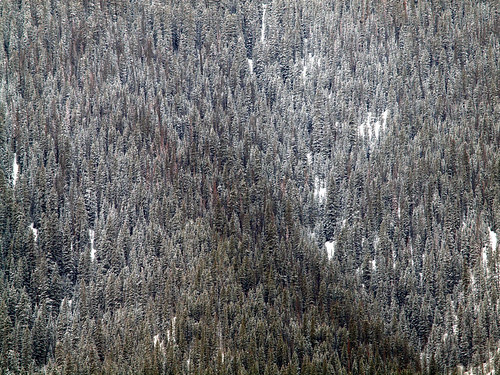 Silverton sits 9,318 feet above sea level, which is about 9,000 feet higher than what I'm used to. The old buildings here are well-preserved, and most of Silverton is listed as a National Historic Landmark District. 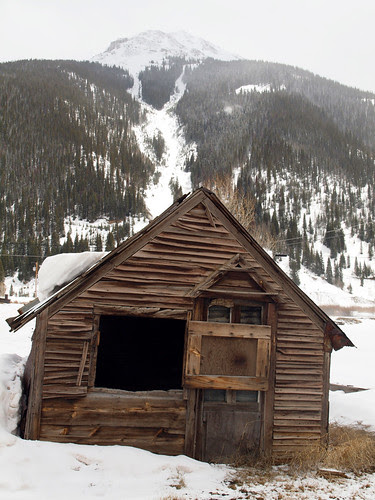 I had some time to walk around and explore the town. This is an old church a block or so off of the main road. 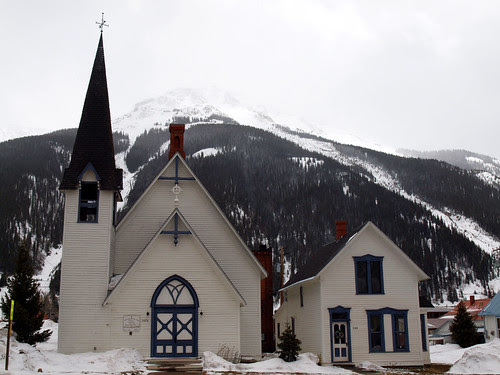 Being from Arkansas, I'm not accustomed to seeing so much snow. Most places still had several feet of snow on the ground. This was the first time I had ever tried to walk across snow like that, which is an interesting experience. You can take a few steps, but then a foot will wildly sink a few feet into the snow pack. We were exploring the train station, and my friend got this shot of me sunk knee-deep in the snow. 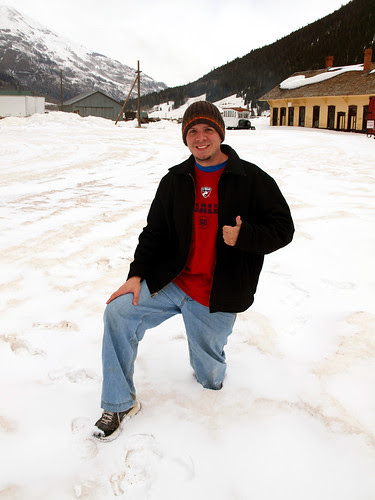 This station is the terminus for the Durango and Silverton Narrow Gauge Railroad, which we would be riding the next day. The train doesn't go all the way to Silverton in the Winter or Spring, I guess because of the few feet of snow on the tracks. This old steam engine was parked in front of the station. 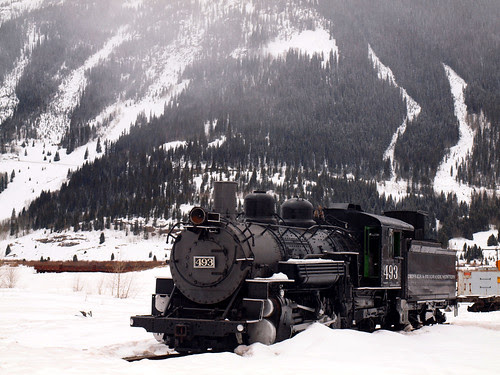 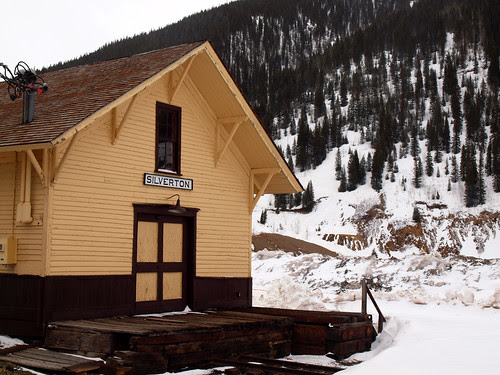 It had stopped snowing, and the sun was struggling to break through the clouds. At least the drive home would be a bit safer... 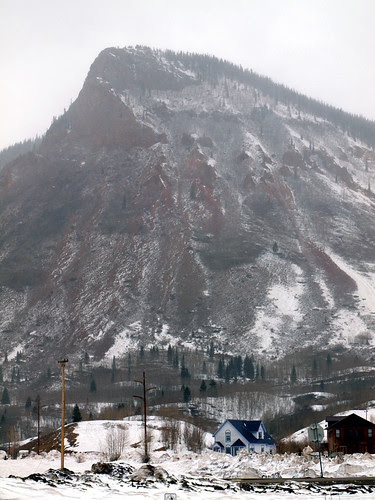 And it was safer, the snow had either been cleared or had melted on the roads. 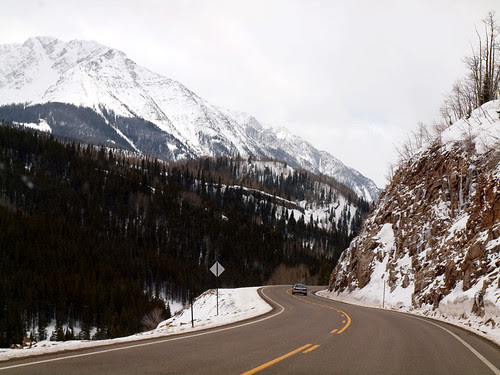 The next day in Durango, I was talking with a souvenir shop owner. I told her that we had made the drive up to Silverton, and she shook her head disapprovingly. She said that she hates hearing about people "from your part of the country" make that drive, since we don't know how to drive in the mountains. She said that she almost never drives that road to Silverton in the winter. Every time she has tried to drive it in the past, she says, an avalanche falls down near her car. She also had a small chuckle when I paid for some souvenirs using my debit card from the Bank of the Ozarks. She actually said "the Ozarks - how cute."

And one last view, from one of the mountain passes. 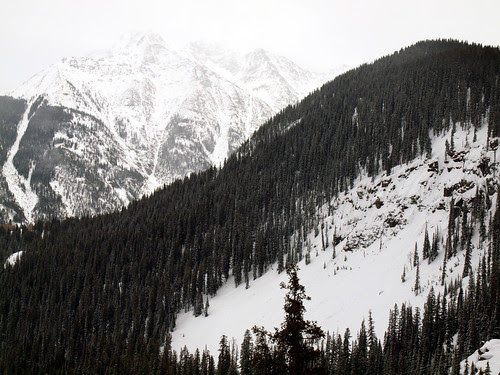 At one point, I saw a gauge set in the ground that measured how deep the snow was. It showed that there was over five feet of snow on the ground there.
Posted by Cormackphotos at 9:25 PM