Sadly our stay in Colorado had come to an end, and it was time to make the drive back home. But we had at least decided to take our time on the way back so we wouldn't have to rush during the long drive across five states. After hauling everything down the three flights of stairs at the hotel, the car was packed and we bid farewell to Durango.

Driving south into New Mexico, the landscape changes to a arid desert with tall mesas. It has a stark beauty, especially since it's so different than the landscape that I normally see. 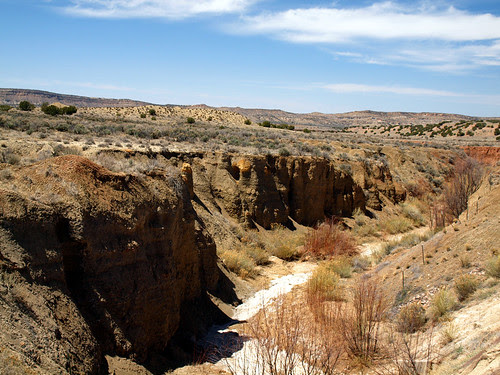 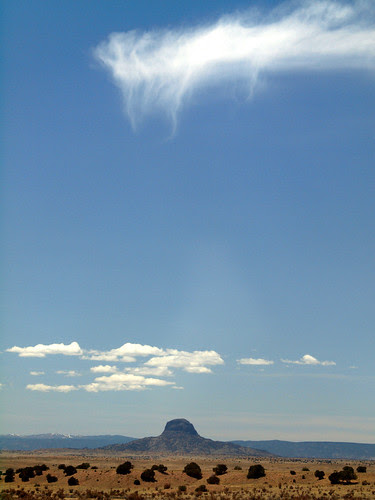 We made it into Albuquerque in time for a late lunch, and drove into the Old Town to find something to eat. Albuquerque is a neat city, and pretty historic too. It was founded in 1706 as a Spanish outpost along the Rio Grande. The historic heart of the city is "Old Town Albuquerque," which is centered around a large plaza that dates back to the days of the city's founding.

We went to get lunch at a Mexican restaurant across the street from the plaza. The plaza is overlooked by the imposing San Felipe de Neri Church, which was built in 1796 and is the oldest building in Albuquerque. 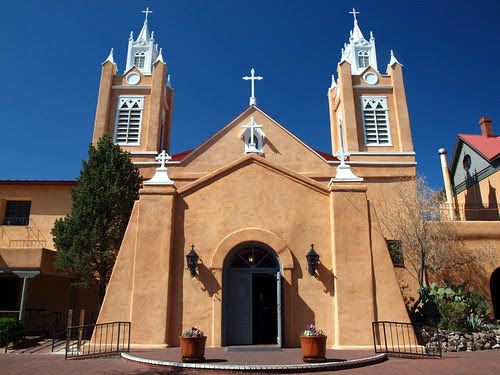 We headed out, and unlike Bugs Bunny didn't get lost when we should've taken a left at Albuquerque. We headed east, traveling further across New Mexico...
Posted by Cormackphotos at 8:42 PM

New Mexico is a special state. Lots of culture and diversity. You have the Deserts and Mesas that you saw, but once you head into the Rockies you have snow covered peaks, large meadows and big Aspen Forests. I am hoping to head back out there this fall. We need to figure out a way to get you and Zack out there as well.