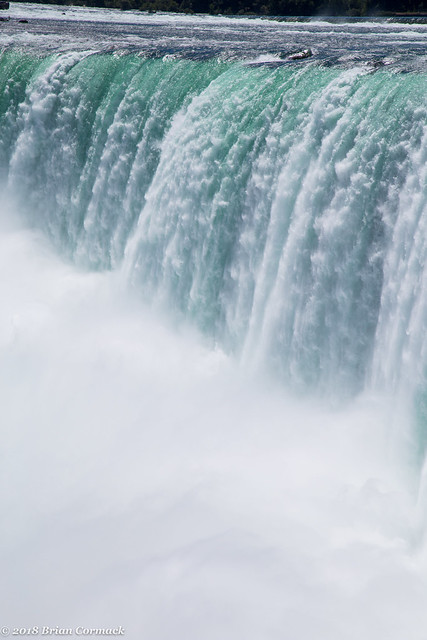 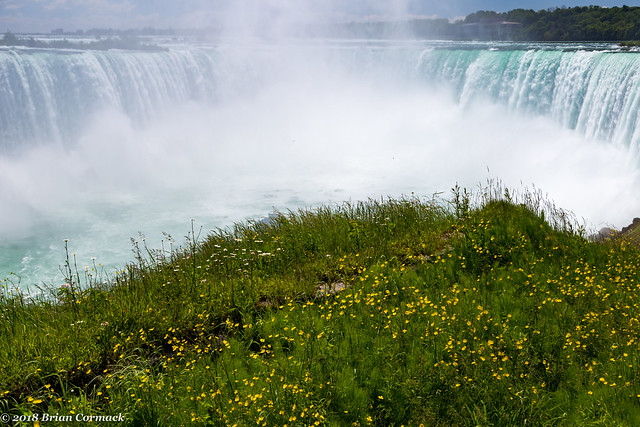 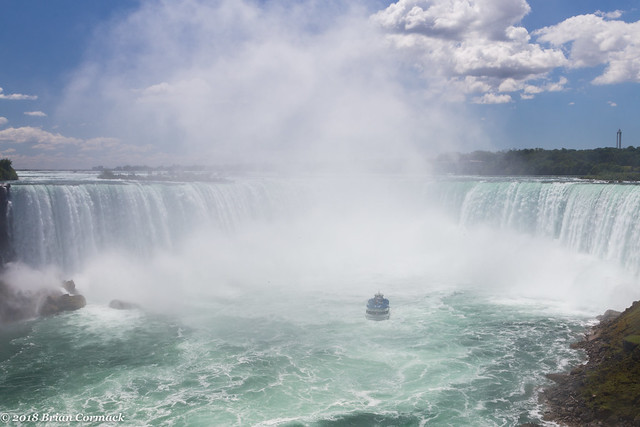 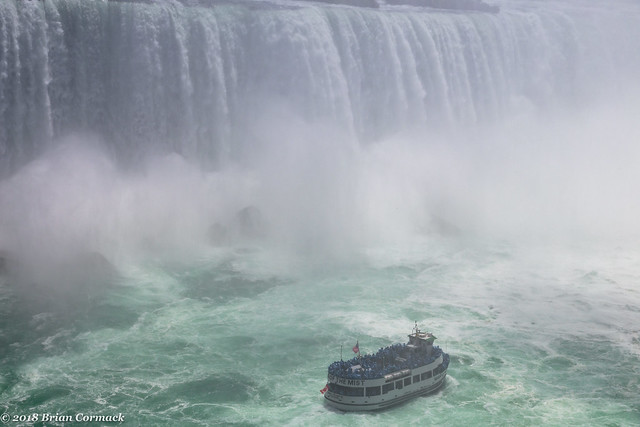 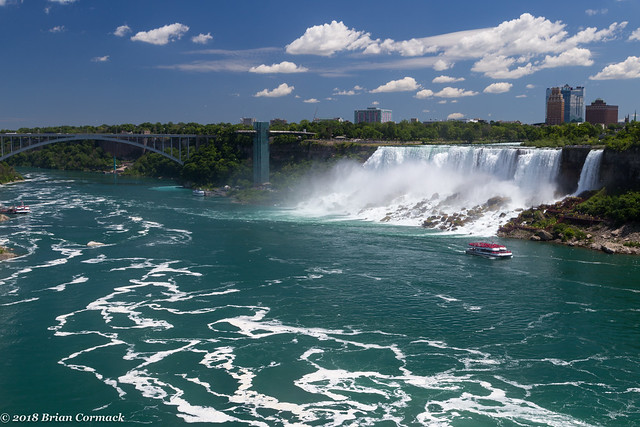 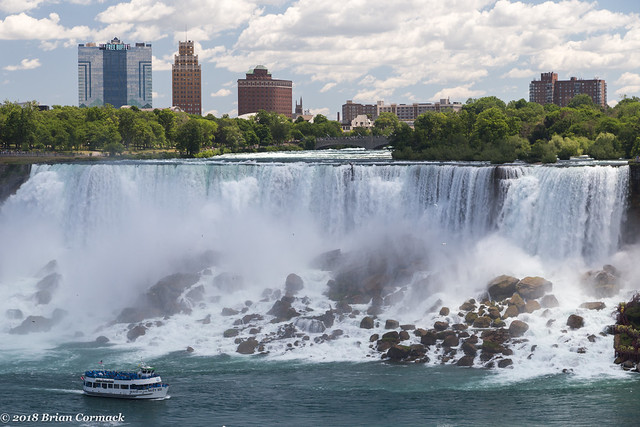 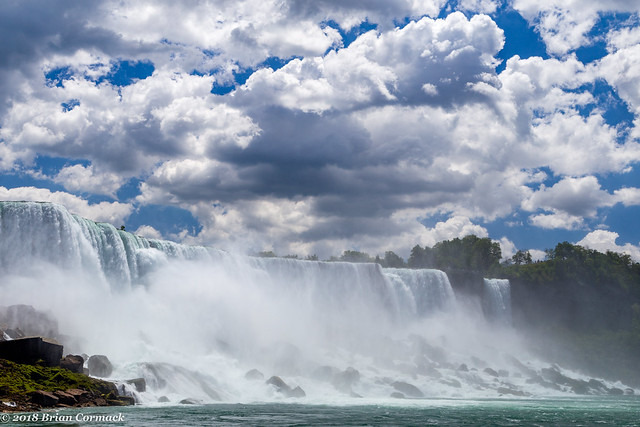 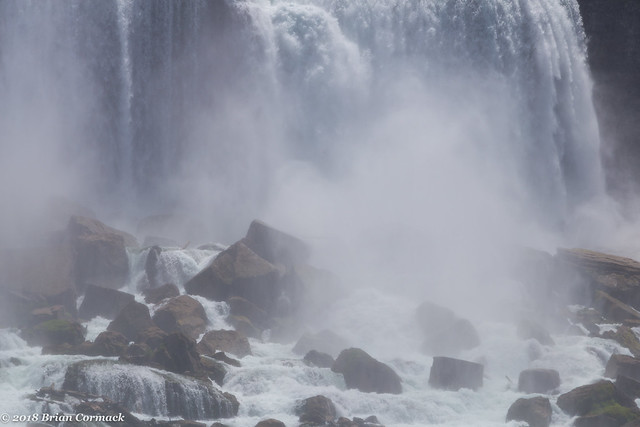 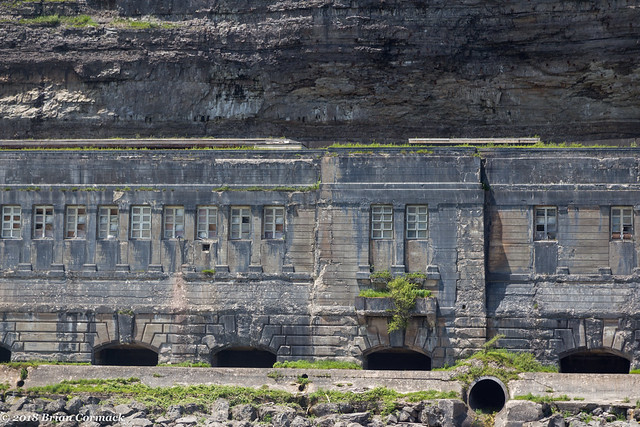 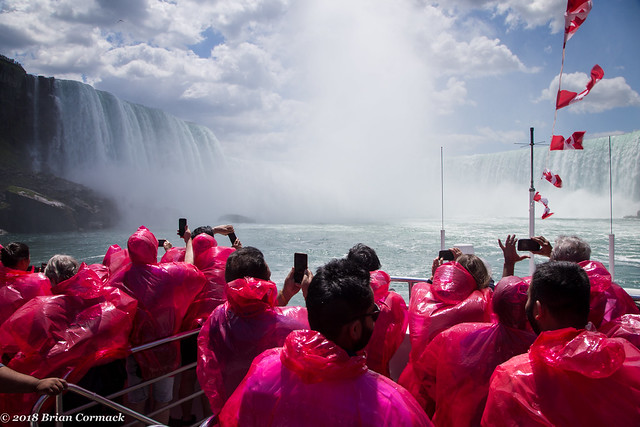 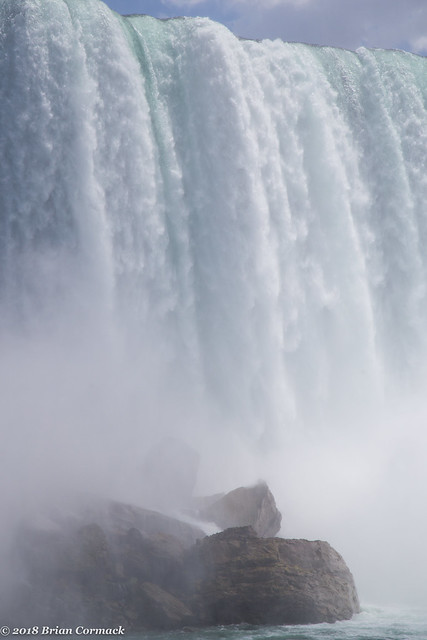 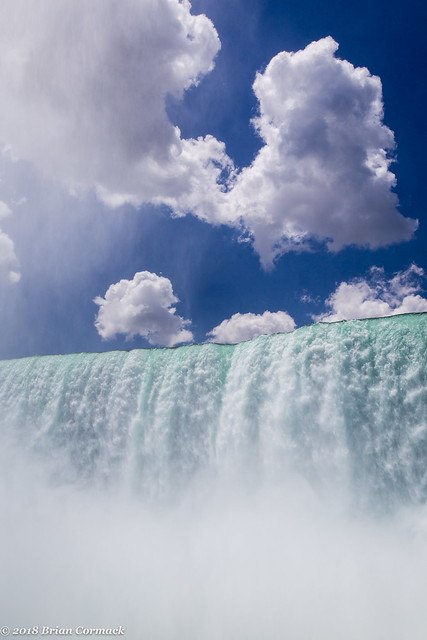 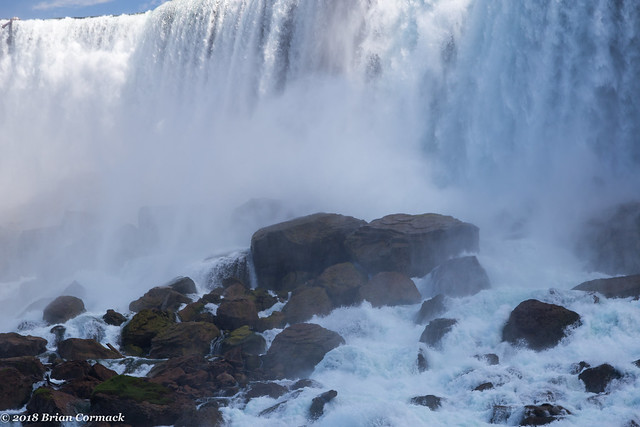 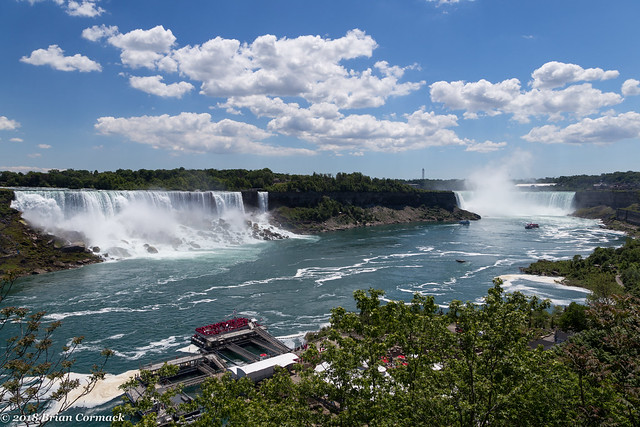 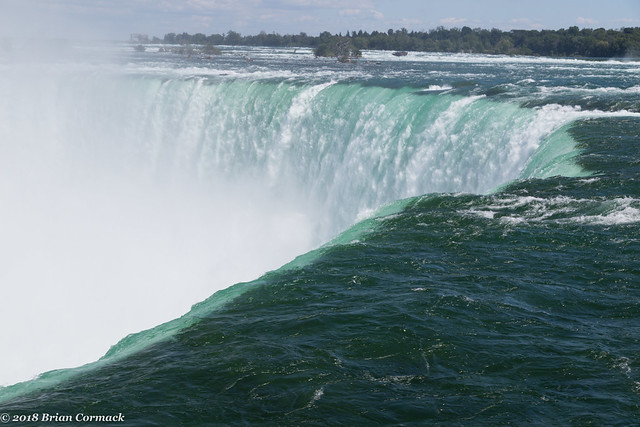 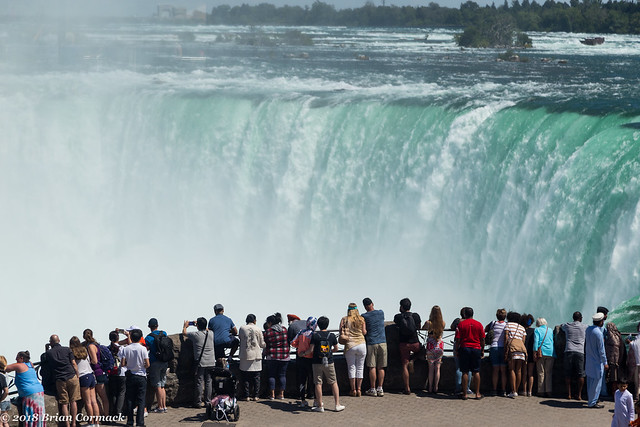 Well Toronto had other ideas. We were less than a mile from the rental car place when the road we were trying to take was blocked off for a huge street festival. We tried to detour around it, including barely making it through an alley that was probably about the size of the mini-van. But it wasn’t meant to be. We missed the drop-off time. But we just parked and got pizza instead, so it wasn’t all that bad.
Posted by Cormackphotos at 9:13 PM No comments:

Last week we took a quick vacation and headed up to Canada to spend a few days with some friends. We managed to score a great deal on the plane tickets to Toronto, but we would have to fly out of Memphis. Which seemed like a good deal, the cost was about half of what it would have been to fly out of Little Rock, and we got to start the trip out with a visit to Beale Street.

We drove to Memphis and went downtown for dinner and then walked along Beale Street. It was a Wednesday night but the street was absolutely packed with people and motorcycles. There must have been a bike convention or gathering going on, since they had pretty much taken over the street. I had to zoom in a bit while taking pictures - just below this show there were hundreds of bikes and thousands of bikers in leather crowding the street. 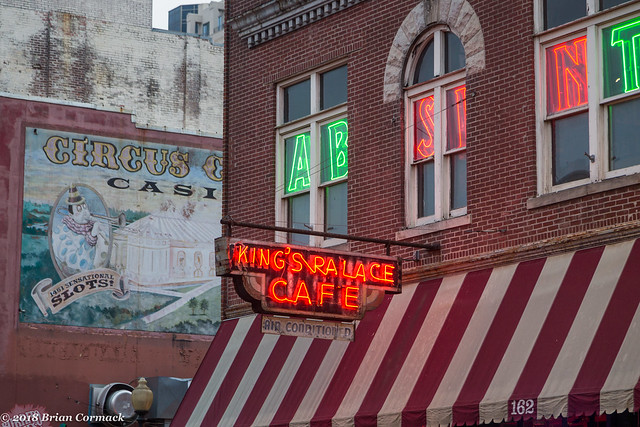 We walked by the famous Peabody Hotel and went inside to take a look. The hotel opened in 1925 and is one of the iconic places in downtown Memphis. This is the view of the lobby (we didn't stay here, we were at a place close to the airport that was nowhere near this fancy). 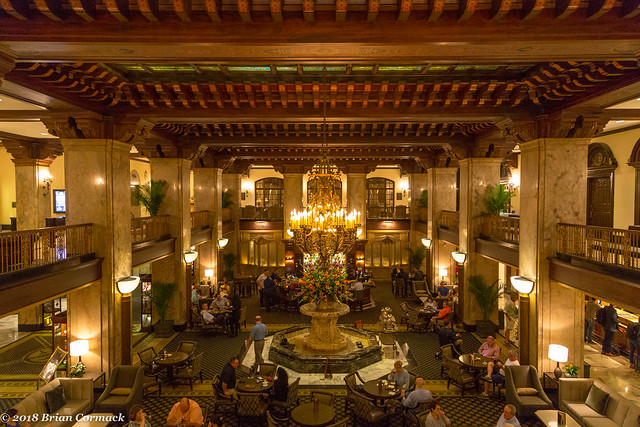 And one last shot from downtown Memphis. We didn't linger too long here, we had to wake up very early the next morning for our flight. But this is a view looking towards the Peabody and also to Huey's (the best burger place in Memphis, by far). 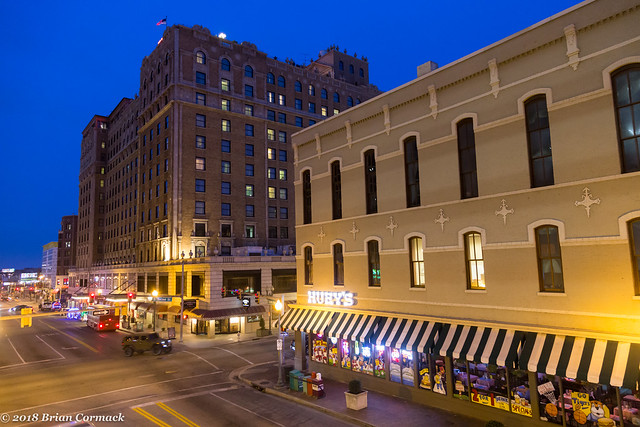 Posted by Cormackphotos at 11:04 PM No comments:

If you get the timing just right (it only happens for a few days during the year), then you can be lucky enough to get a picture of the sun setting over the top of Pinnacle Mountain. But it can be a difficult shot to get - the conditions have to be absolutely perfect. There can't be any clouds in the sky, or at least off to the west. The sun will quickly disappear behind the clouds, resulting in no cool sunset. I've been trying for years to get the shot, and have only ever gotten one good picture of it in the past.

So I headed out last week to Two Rivers Park and made another attempt. I kept my eye on the weather, and while it was mostly cloudy all day, the weather people predicted it would clear around sunset. So when I hurried over to the bridge, I was a little disappointed to see clouds off in the distance, which the sun slipped behind right before sunset. It turned out that a little summer storm had popped up, and there were clouds in the north that were stretching off high in the sky. The river below the bridge was reflecting the clouds, which were glowing gold in the light from the sunset. 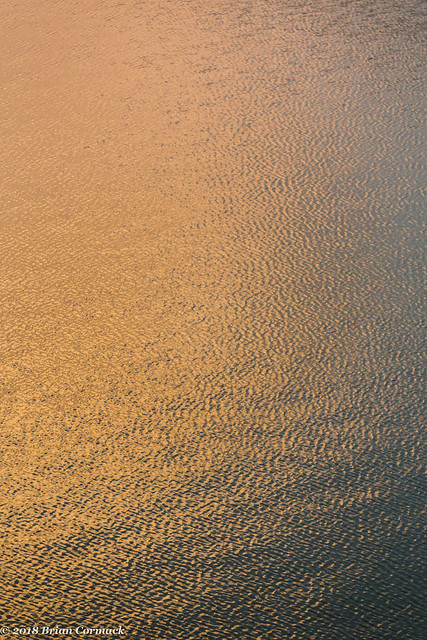 The clouds seem to grow more immense by the second, and the color became more intense. I actually had to dial down the saturation on these pictures because the color in the sky almost looked fake. 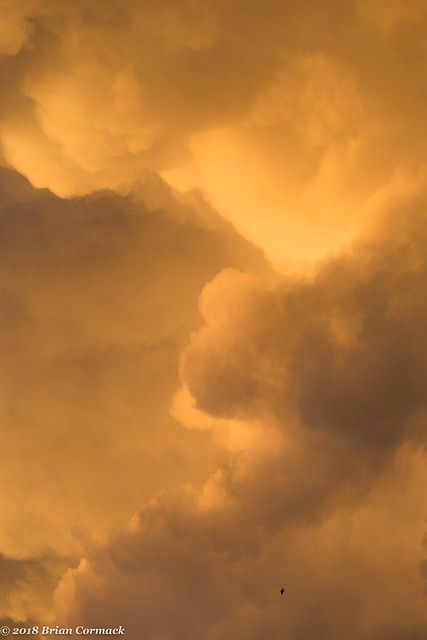 The storm clouds began to get close, and were dropping some lighting off in the distance. I decided to stick around in the hopes of maybe catching some lightning, and set up the camera along the river. My hope was to catch some lightning over the Two Rivers Bridge, and I started taking pictures as dark clouds began moving and billowing above the river. 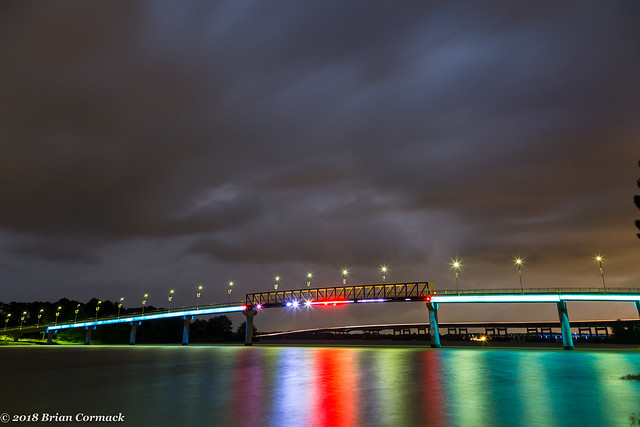 But while there was some lightning off in the distance, there wasn't much over the park (I probably should have headed closer to downtown, it seemed to be getting more of the storm). I gave up when it started raining too hard, and hurried to the car to dry off the camera.

A few days later, I headed back to the river to try again. The conditions were much better, with hardly any clouds in the sky. It was also surprisingly pleasant out on the bridge, it was cool and with a nice breeze. The bridge and park were busy with people walking and biking, and the river had a few people in boats and jet skis. 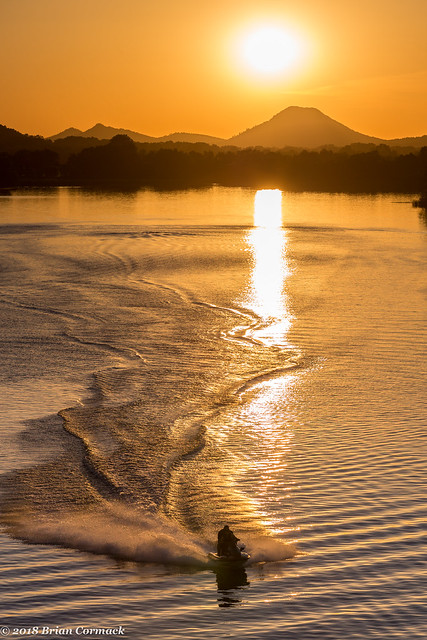 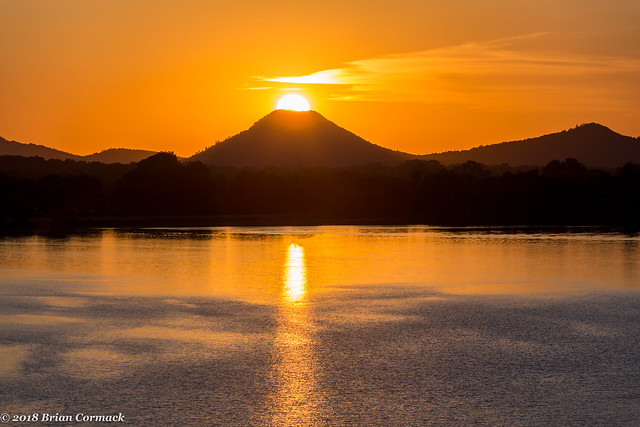 And one last shot from the bridge, of another guy on the jet ski enjoying the river before it got too dark. 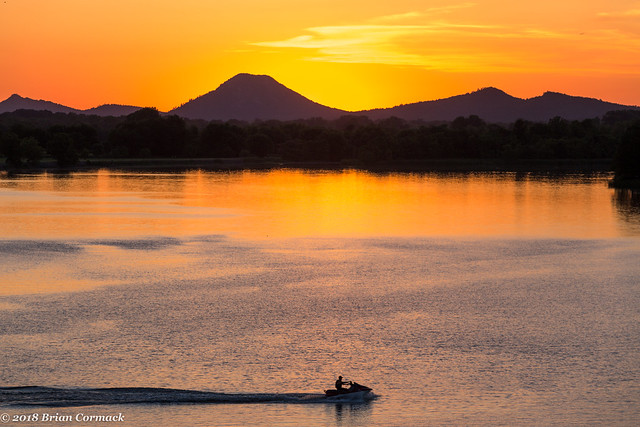