This is a view of the Big Dam Bridge, taken on Monday night. It was oddly comfortable outside, only 80 degrees or so. And there was a nice breeze coming off the river too. It was probably the first time all summer that I've been outside and not ended up covered in sweat. Of course, there were a ton of bugs out that night, which made taking pictures a bit more difficult. The moon was hanging over the river, casting light on the river and the bridge... 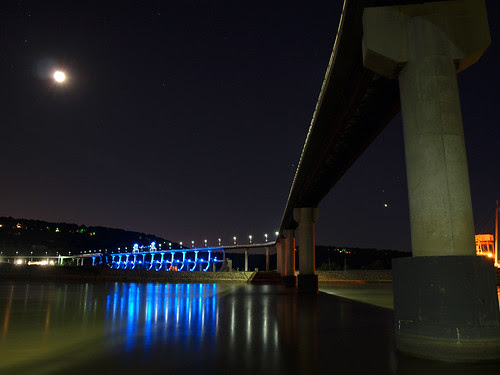 Posted by Cormackphotos at 11:37 PM 2 comments:

It has been way too hot here lately to attempt any venture outdoors. The highs all last week were over 100 degrees. Add to that the soul-melting heat indexes of over 110. But a cold front passed through yesterday, and it brought with it some rain. It was enough to cool things down some. It was still hot and muggy, but for the first time in weeks, it actually felt tolerable outside. 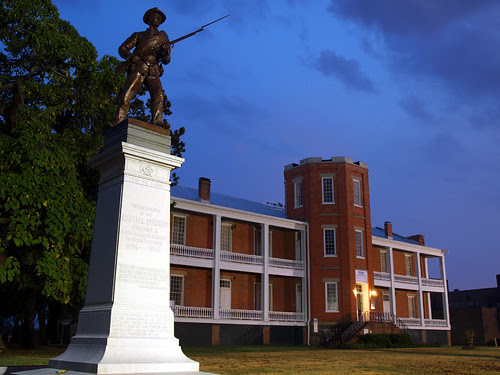 The building was part of a federal arsenal, and it would be an important landmark in the Civil War a few decades later. In 1874, World War II general Douglas MacArthur was born here. It is a neat old building, surrounded by acres of parkland. 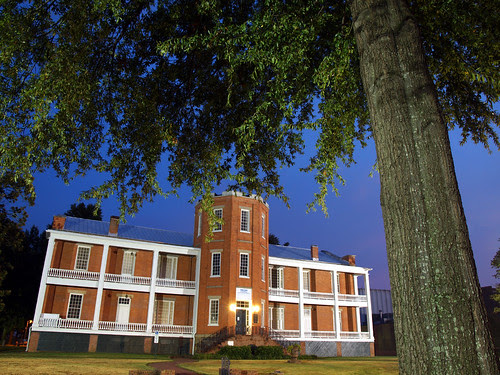 From there, I hoped to get a few more pictures before all the good color left the sky. I ended up at the Federal Courthouse, which opened up a new addition recently. I was a bit nervous getting pictures here, since I was certain that security would come after me.

Now the new addition to the courthouse is striking, but it isn't easy to get a good picture of. The landscaping features a lot of trees, which cut off the views. And on top of that, there is a strange and ugly piece of sculpture in front of the building (which looks like left over bits of construction equipment). All that works to cut down on the good angles and views of the building. 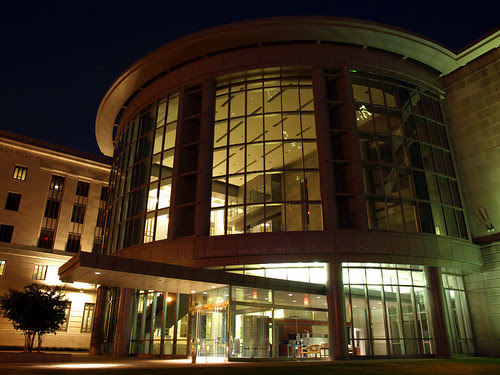 After that it was time to retreat back into air-conditioning...
Posted by Cormackphotos at 10:38 PM 1 comment: