Some big storms were predicted to pass through last Friday night, so like any normal and logical person I decided to go stand in the rain next to a metal tripod and attempt getting some pictures of lightning. So I drove to downtown Little Rock and went to the top of a parking deck, where I hoped I'd get a pretty good view of the storm as it came in from the west. While I waited, I passed the time getting a few pictures. This is the view of the Simmons Tower, the 40-story skyscraper that is the tallest building in the state. I like this building in the foreground with a strange segment of a brick wall attached, which looks like it was ripped like a sheet of paper. 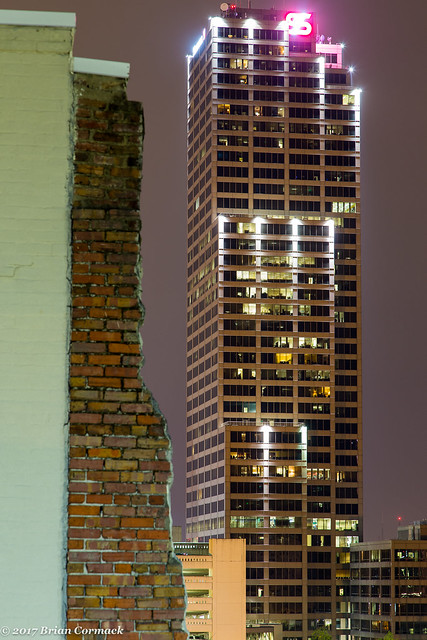 Eventually, the storms finally hit. I had to hide the camera as strong winds and rain blew through, soaking everything in the parking deck (and removing a bunch of pollen in the process). Once things calmed down a bit, I set the camera back up and actually managed to get a shot of a lightning bolt cutting through the sky. This is one of about 70 pictures taken during the storm, and the only one that managed to capture any lightning. 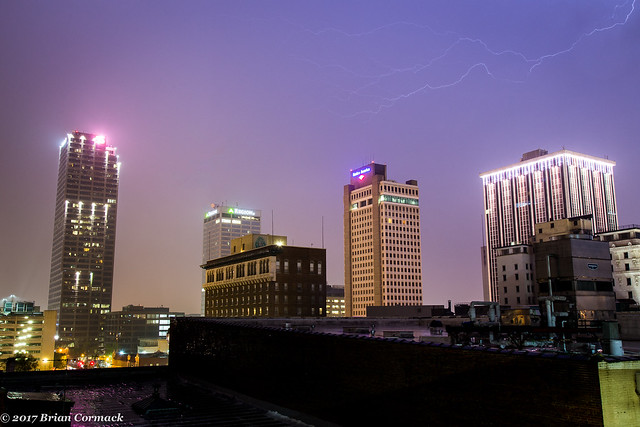 Posted by Cormackphotos at 10:53 PM No comments:

The Central Arkansas Library just built a new parking deck, which provides them with more parking for their main building and also the Cox Center and the Arkansas Studies Institute. It also, conveniently, provides a great view of President Clinton Avenue and the River Market. So one night last week I drove downtown and headed to the top of the parking deck. I set up the camera and got a few pictures as it started to get dark. 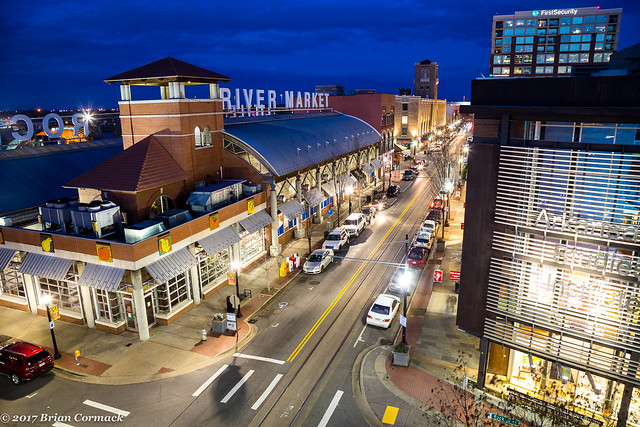 I got a few more pictures while being tempted to go visit the Flying Saucer, which was just a few feet away. Here's one last view, with the trolley passing through the bottom of the photo: 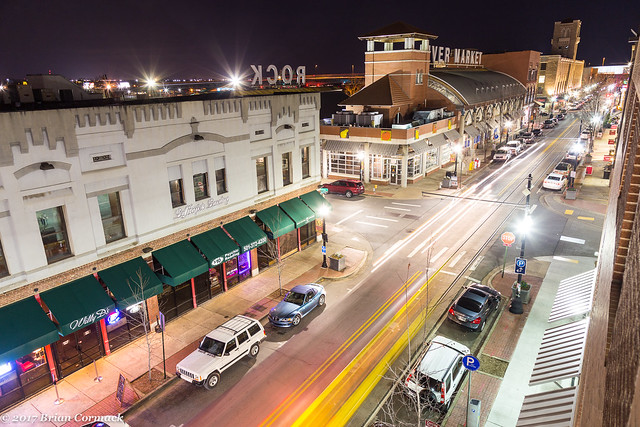 From Tucker, I made the short drive over to St. Mary's Catholic Church near Plum Bayou. The church is old, and sits alone along a quiet country road. You can tell that it is old, but it's hard to guess from looking at it how historic the little church is. The church was actually founded way back in 1789 on a barge in Arkansas Post. The barge moved upriver to Jefferson County in 1832, and then settled in this spot in 1869. In 1927 the brick exterior was added. The cross on the church is thought to be original, and was covered in copper to protect it from woodpeckers. 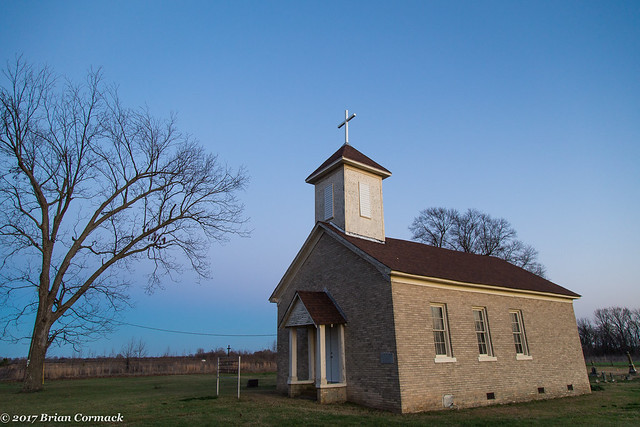 I wanted to try to get a picture of star trails above the church, so I waited until it started to get dark and set up the camera. I was a tiny bit annoyed to see that there is a street light all the way out here in the middle of the country, so I had to move the tripod around to avoid the light being in the shot. But after it got dark enough, I set the camera up to start taking pictures. After about two hours I had about 230 or so shots, which I later stacked together to create this picture. The bright streak in the sky isn't a star, it's actually Venus. 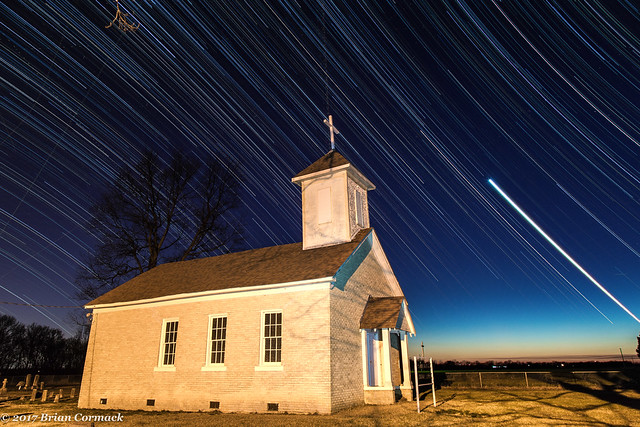 Last weekend, I made another trip to the Delta to take a few pictures. Right around sunset, I stopped at the small town of Tucker, in Jefferson County. Tucker is known as the home of a maximum security prison now, but it used to be home to large plantation. The Tucker Plantation was established in 1871, and mostly grew cotton. The plantation grew large enough that it supported its own store and post office. The store still stands, although the only thing remaining are the walls. But standing next to the store is the old "Big House" of the plantation. It's now abandoned and empty, nearly hidden by thick overgrown plants. 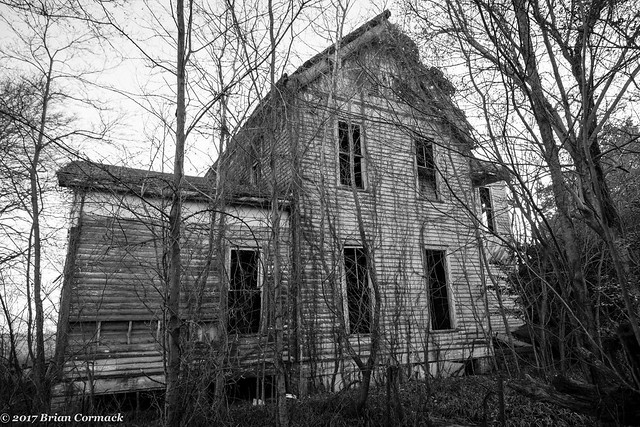 I couldn't find any information on when the house was built, but it does look like it probably dates to the turn of the 20th century. Here are a few shots taken while looking around the inside: 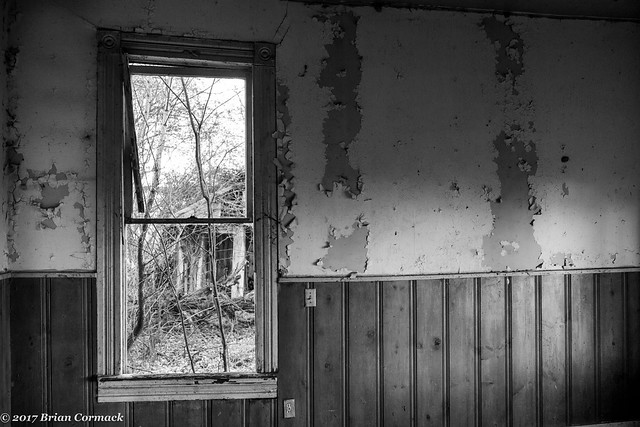 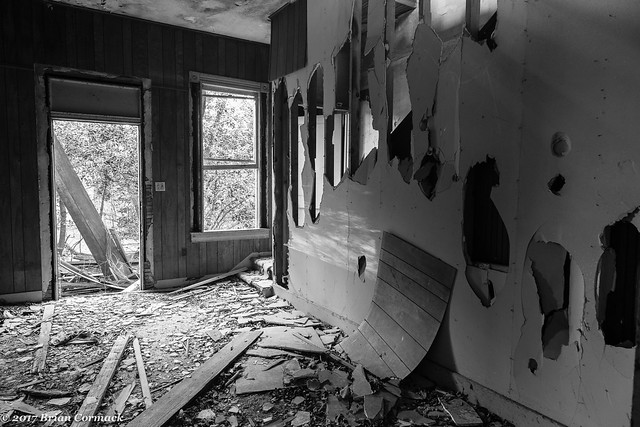 And the view looking out the old house's back door: 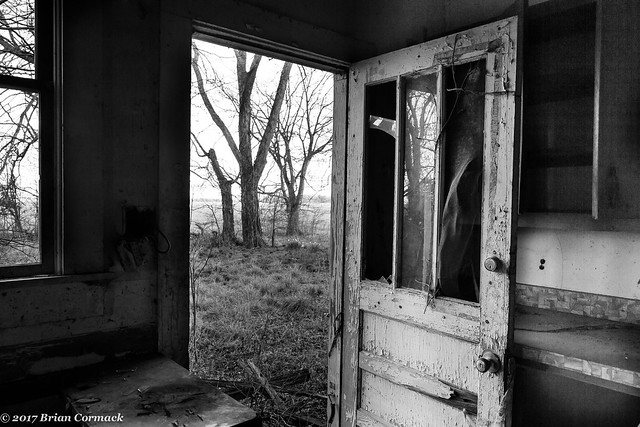 And one last shot, of some daffodils in the backyard that were already blooming. 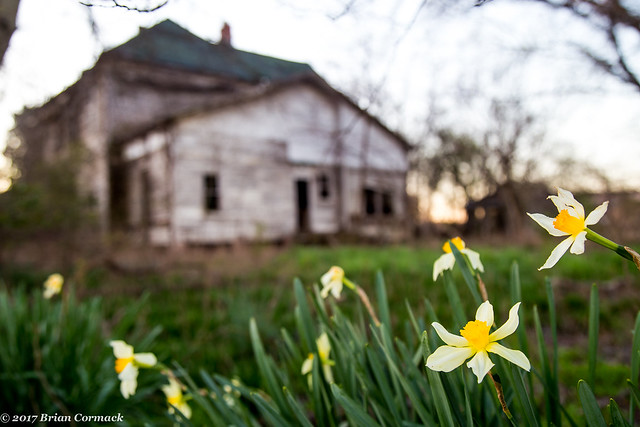 Posted by Cormackphotos at 10:51 PM No comments:

After leaving Helena, I had just enough time to swing by the Louisiana Purchase State Park before it got dark. Why is there a park about the Louisiana Purchase sitting in east Arkansas? Well in 1815, President James Madison ordered that the lands of the Louisiana Purchase be properly surveyed. So two surveyors headed out that year to begin the task of surveying the wilderness. They decided to begin in Arkansas, but probably regretted that decision when they began to slog through the swampy terrain of the Delta.

One of the surveyors headed out from the confluence of the Arkansas and Mississippi Rivers, the other one from the confluence of the Arkansas and the St. Francis Rivers. Where those two lines met became the initial point, and it was from this point that all surveys of the lands of the Louisiana Purchase would originate. The spot where they met was in the middle of a headwater swamp, a spot which has somehow managed to never have been drained or developed in the hundreds of years since. The swamp is now a State Park, and there is a boardwalk that conveniently takes you out over the murky waters. 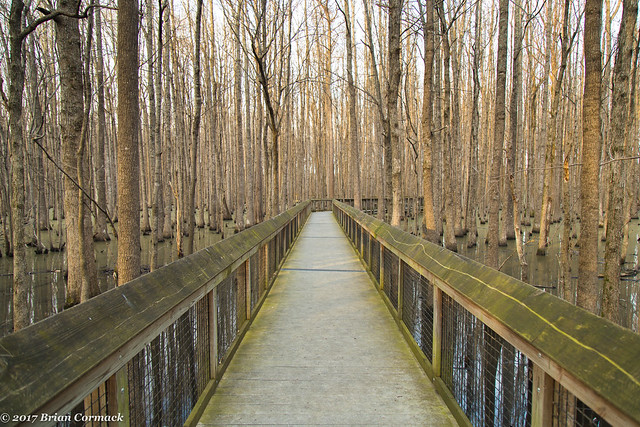 And the sun setting over the swamp. It was February but there were already mosquitoes out. 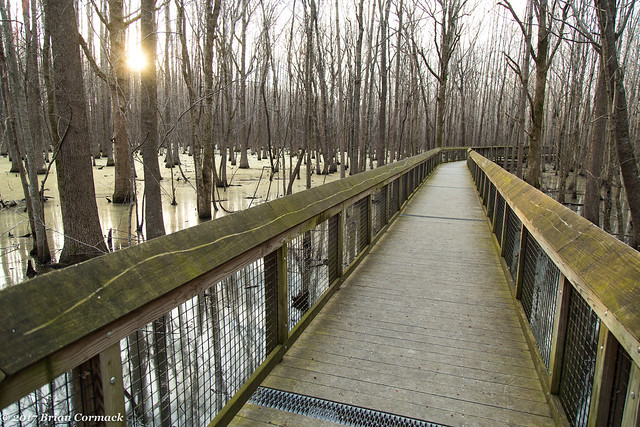 In 1926, the Daughters of the American Revolution placed a commemorative stone at the Initial Point. The swamp is on the National Register of Historic Places and is also a National Historic Landmark. 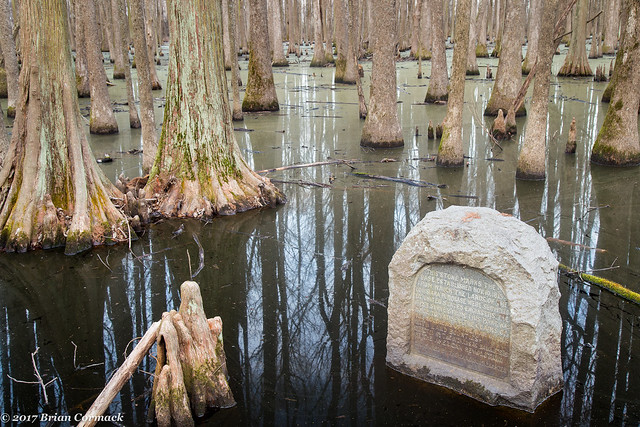 And one last shot looking up at the canopy of trees. The swamp contains several different types of trees, including tupelo, bald cypress, buttonbush and black willow. 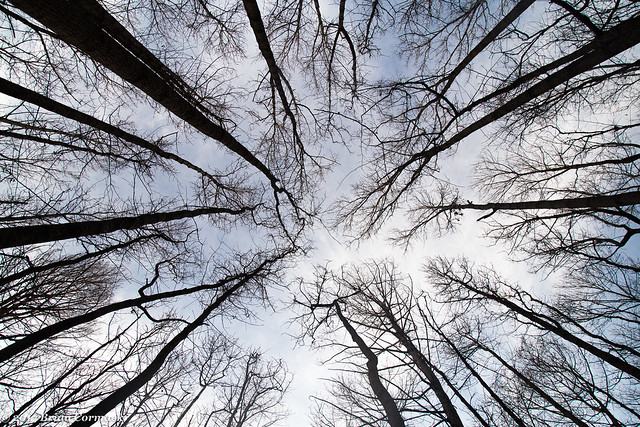