There are a few highlights to see when you're driving north on Hwy. 65 out of Conway. First is the inherent silliness of the name of Pickles Gap (I mean, what is the deal with it?). Then there is the dramatic excitement of the runaway truck ramp. After that, as you begin to approach the Leslie metro area, you can see the iconic red barn at Wiley's Cove. The barn is scenically situated along a hillside, with a blanket of trees behind it. I couldn't resist stopping for one quick shot along the way.... 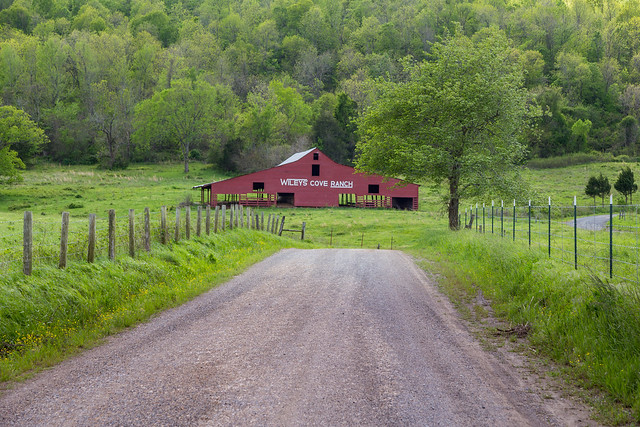 Posted by Cormackphotos at 11:19 PM No comments:

I had to pick up a dog from the vet, so I was able to get out and do some driving in Little Rock. I made a swing through downtown, which was eerily quiet and empty while everything is closed down and people are at home due to the pandemic. This is the view looking down a nearly deserted President Clinton Avenue, taken around rush hour on a weekday. There wasn't any traffic at all, but at least there was plenty of parking to get some to-go 6 packs from the Flying Saucer. 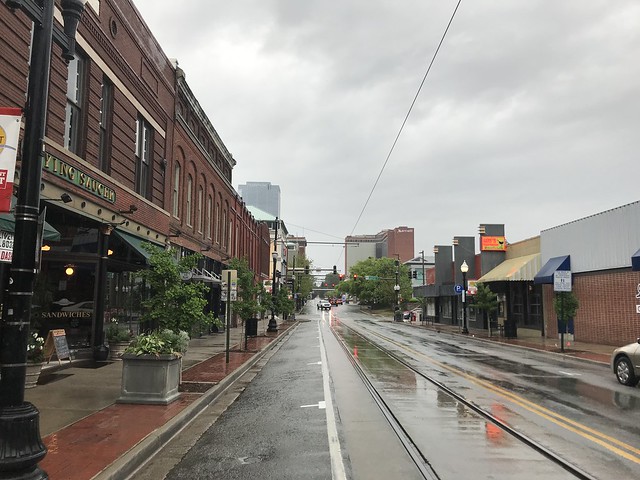 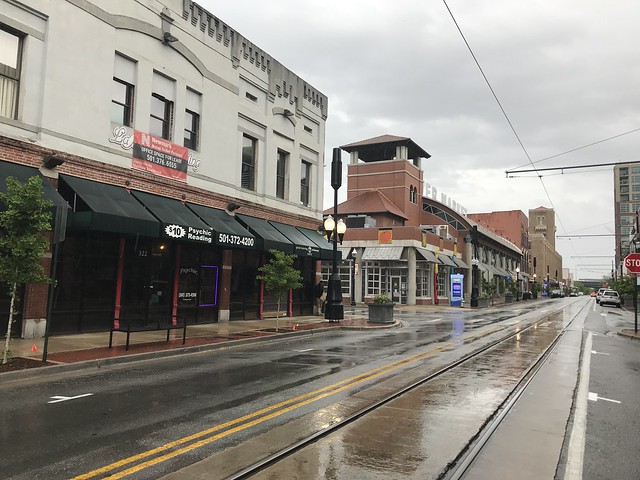 At The End Of The Day

It had been rainy Spring day, but the winds pushed the storms away right at sunset. We headed out to the street in front of the house to see the show, and I set the phone up to try to do a little time-lapse of the fast-moving clouds. By the time I managed to get the camera propped up and pointed in the right direction, most of the most vivid colors had faded but it still caught some nice little colors and clouds streaming across the sky.

Posted by Cormackphotos at 10:52 PM No comments:

Sometimes you just never know what you'll find when driving down a random road in the middle of the Delta. The road was marked by this small sign for a church, sitting under some leaden skies that promised rain. 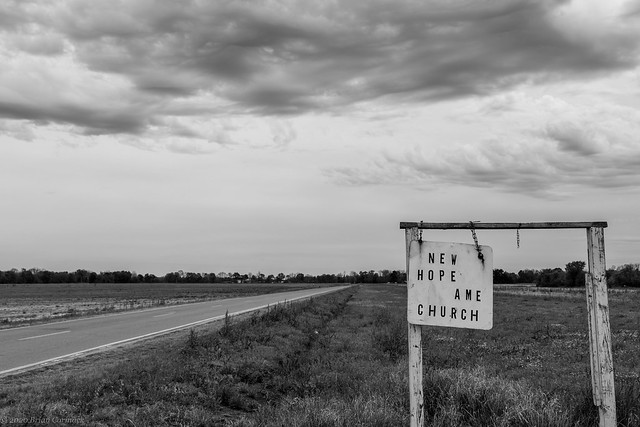 The road then passed by this old house, weathered and worn and slowing being consumed by nature. 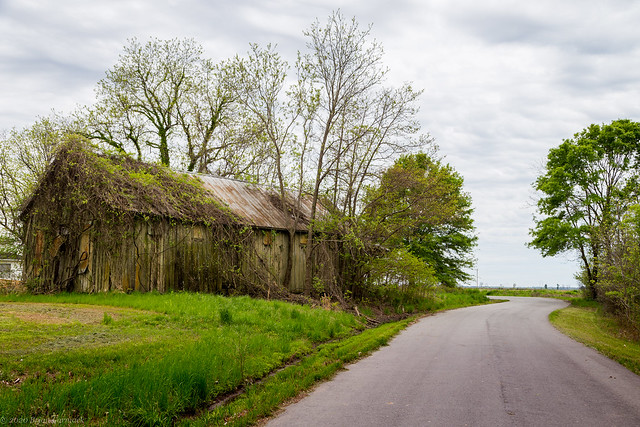 The road passed by another abandoned old house, which featured a wide front porch with boards coated with chipped and faded paint. 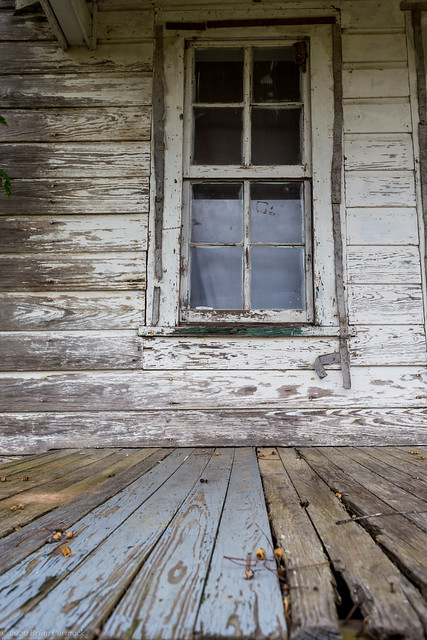 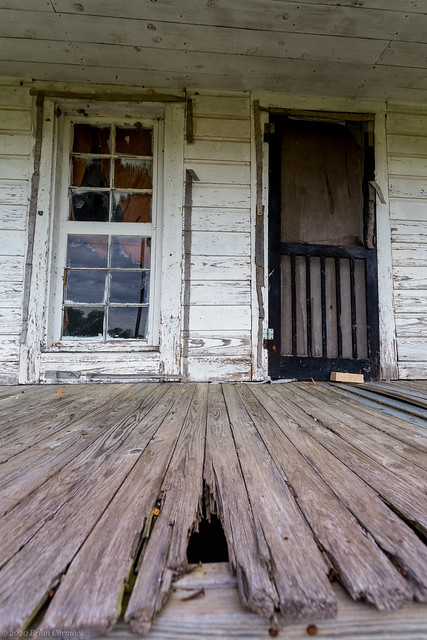 The larger window looks to be the same size as the door, which makes me wonder if maybe this used to be a duplex sometime back in the olden days? 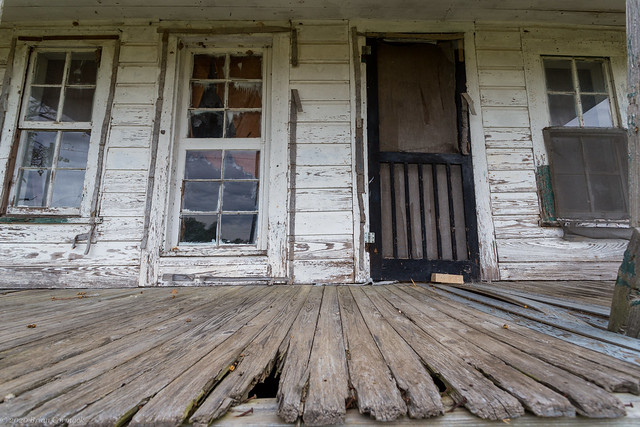 I ended up taking lots of pictures of this porch. I bet it was once a fine place to sit at the end of a long day. 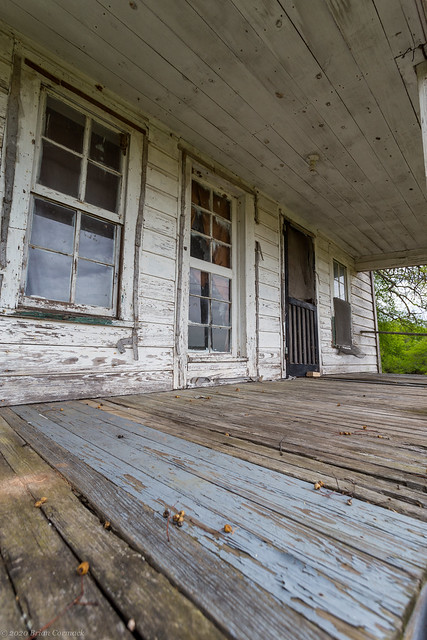 I headed back to the car and drove by this old tree, which was being used as a roost by a bunch of birds. Some slightly menacing looking storm clouds were gathering off in the distance. 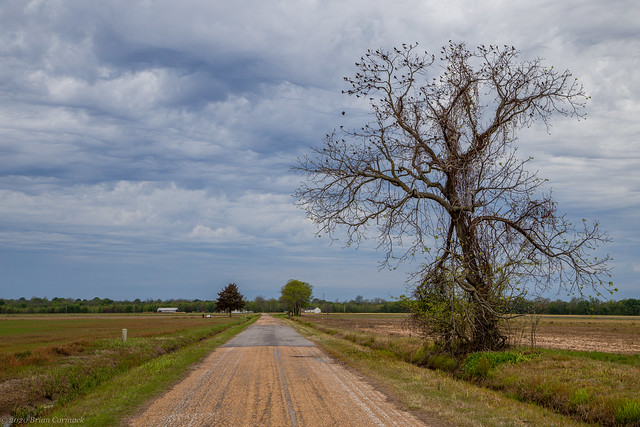 I turned back on the main road and then drove through the small town of Tucker. Tucked away, nearly covered by trees and weeds, is the old Tucker school. It was built in 1915, and was used as a school until the 1960s. The building was then used as a church, and it now sits lonely and abandoned. 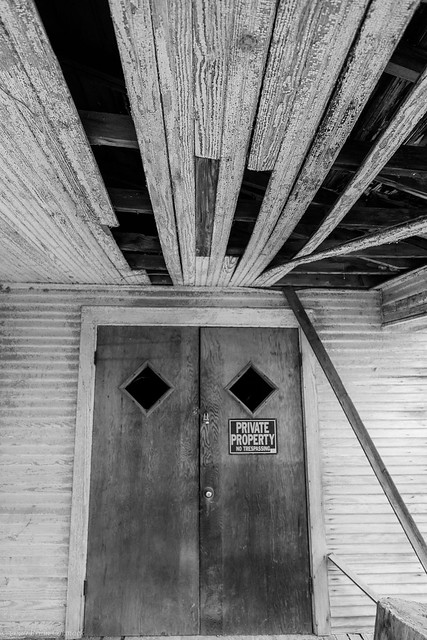 Tucker is known for being the location of the Tucker maximum security prison, but it was once a large plantation established back in 1871. The plantation mostly grew cotton, and expanded to over 2,800 acres. In 1916, the state purchased the plantation lands and some surrounding acres and used it to build the prison complex. But there are still a few signs of the old plantation. The long abandoned "Big House," sits enshrouded in trees and brush and is almost hidden from view. This is the view of the back door, which was taken after walking through what I would soon discover was some tick-infested tall grass. 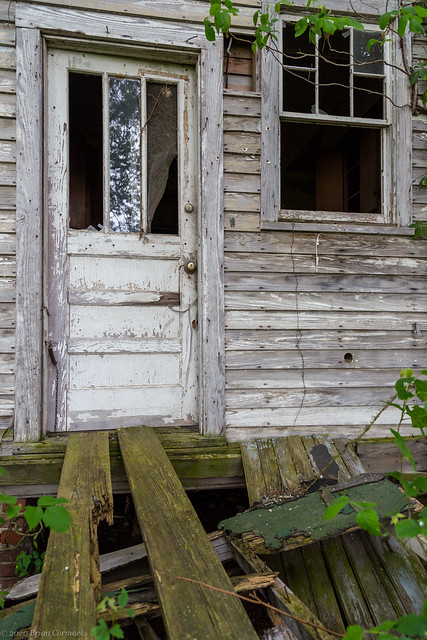 Next to the house is the shell of another old building, where all that remains is the floor and most of the walls. The building was constructed in 1913 and served as the plantation office, a general store and as a post office. An old safe still sits in the back corner, collecting rust and weeds. 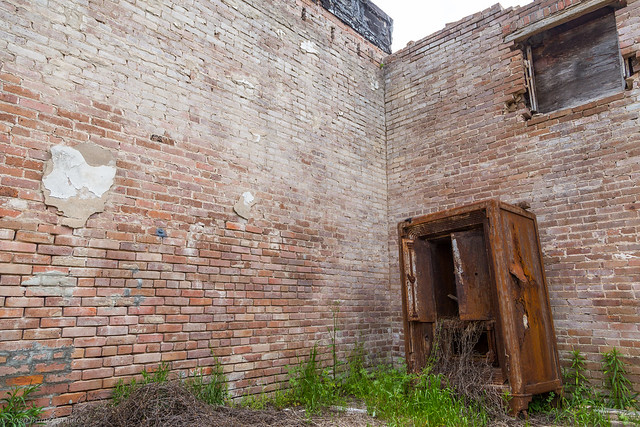 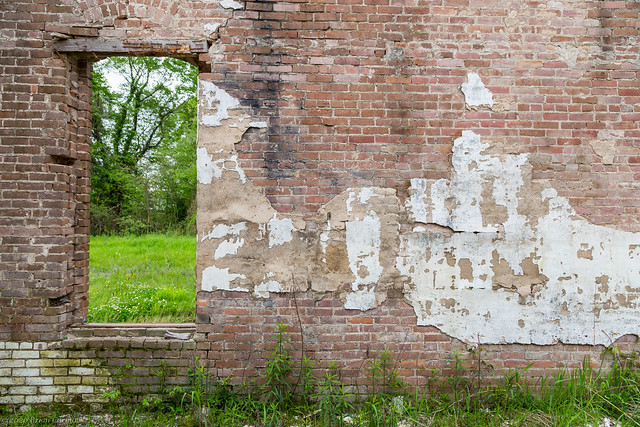 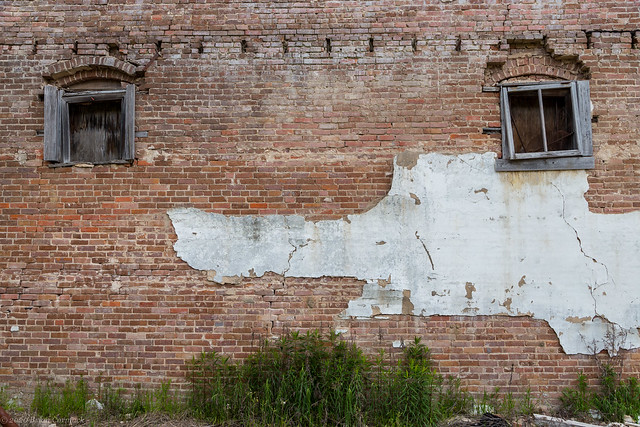 The outside walls of the building were covered with thick vines, which seemed to stretch across and cover up nearly all of the bricks. 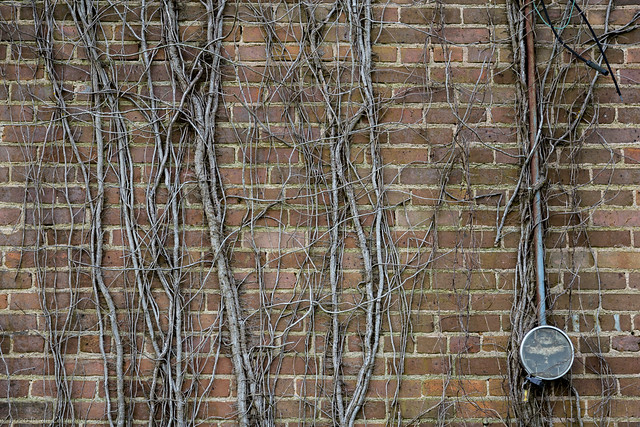 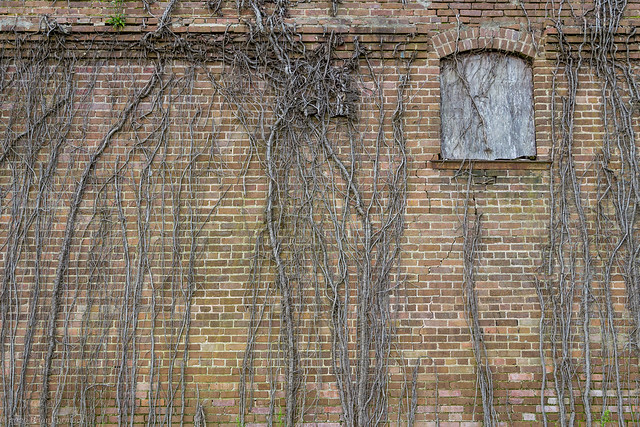 And one last shot, before I headed back to the car to drive home in the rain: 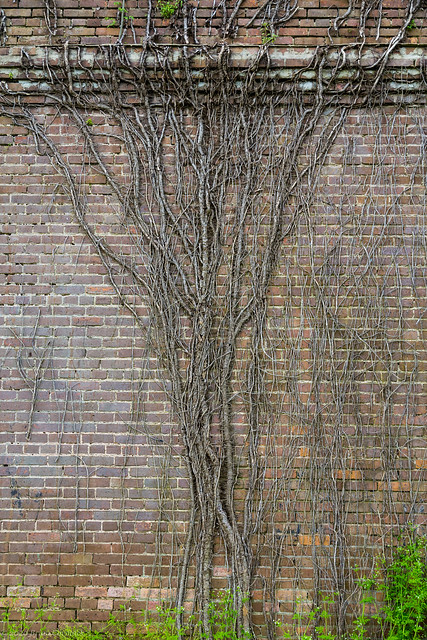 Posted by Cormackphotos at 11:03 PM No comments:

Since you can't board a plane and fly to England right now, the next best option is to hop in the car and drive to England (the one in Arkansas, and also while observing and maintaining all social distancing recommendations). On the way to England you drive through the small town of Scott, which is home to the quaint looking All Souls Church. The non-denominational church was built in 1905 and is on the National Register of Historic Places. 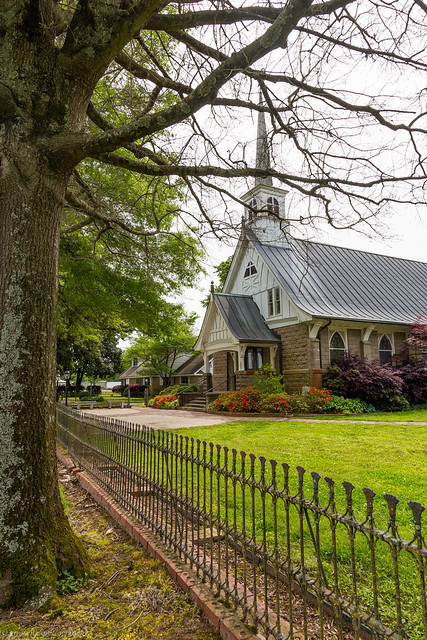 Scott is a neat little town that sits near the border between Pulaski and Lonoke Counties. It has long been a farming town, and it is dominated by artifacts of that history. The Plantation Architecture Museum is here, along with these tall silos. 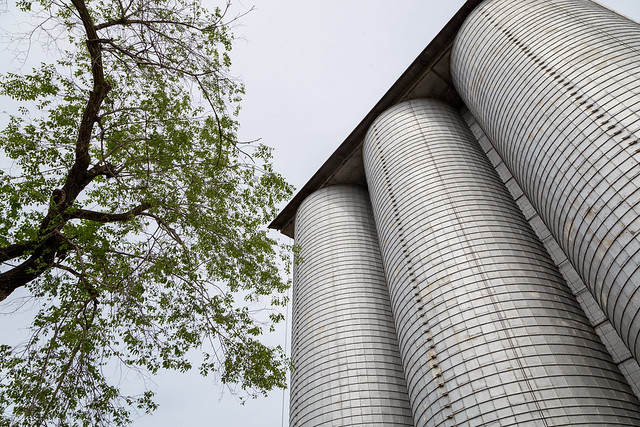 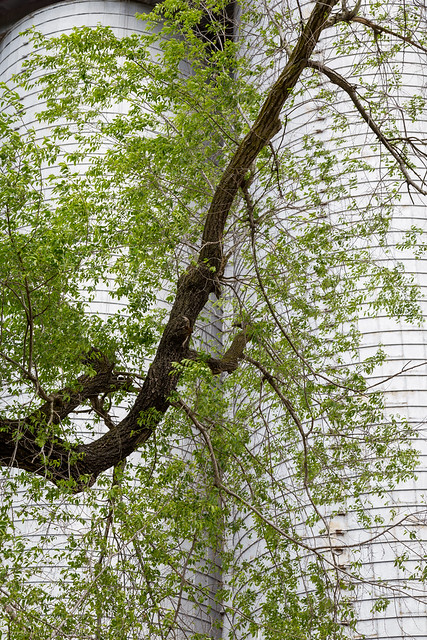 Almost right across the street from here is this humble old house, which actually is one of the oldest structures in this part of Pulaski County. The McKenzie House, which was built between 1868-1875, features vernacular Italianate features. 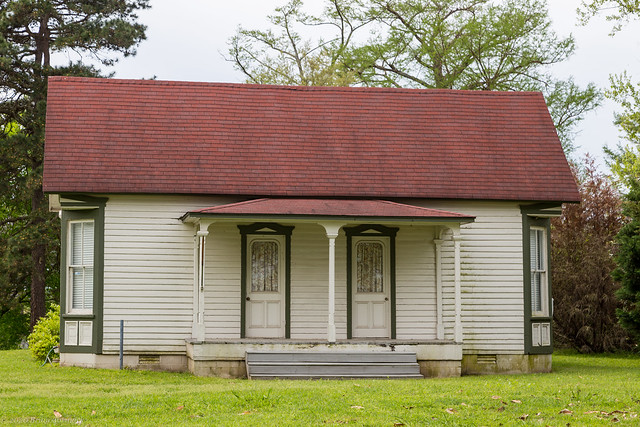 England is just a short drive away, and is also a small farming community siting amongst rice and cotton fields. Some of the most prominent and largest buildings in town are silos and processing facilities (I guess? I mean I'm no farming expert). 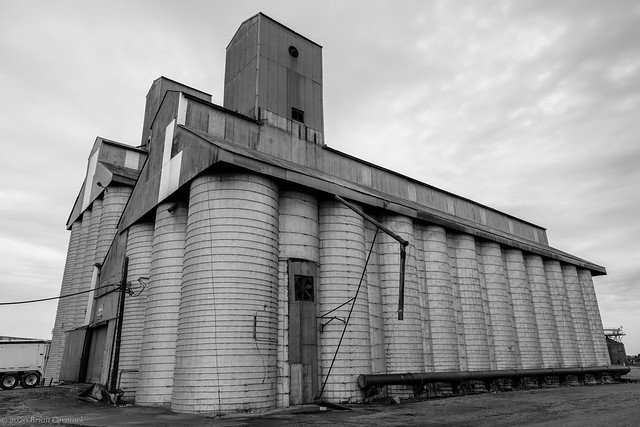 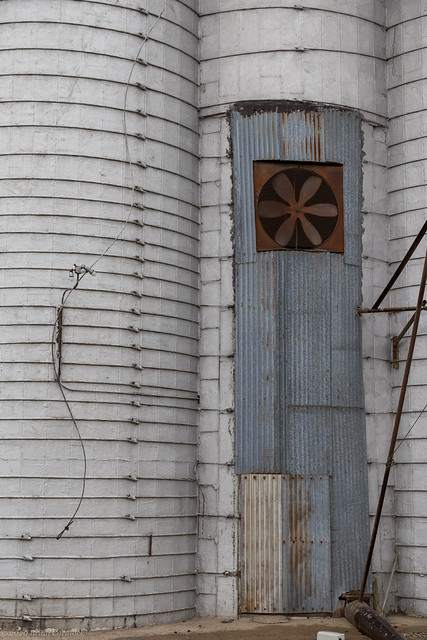 And one last shot - It had rained that day, and some of the silos were caught in a few of puddles... 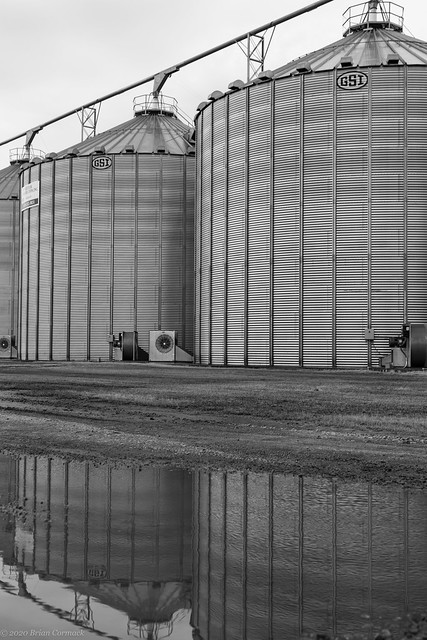 Posted by Cormackphotos at 9:56 PM No comments:

Arkansas is one of the last states in the country to issue a stay-at-home order during all this Covid-19 craziness, but we have been doing our best stay at home as much as possible lately. Which means that I haven't been able to get out and take as many pictures lately. But the opportunity did present itself the other day when a pretty cool sunset developed over the sky. I headed out to our street with my iPhone to get a few shots of it reflected in a puddle in the gutter, left after some rains earlier in the day. To paraphrase Oscar Wilde, "We are all in the gutter, but some of us are looking at the sunset..." 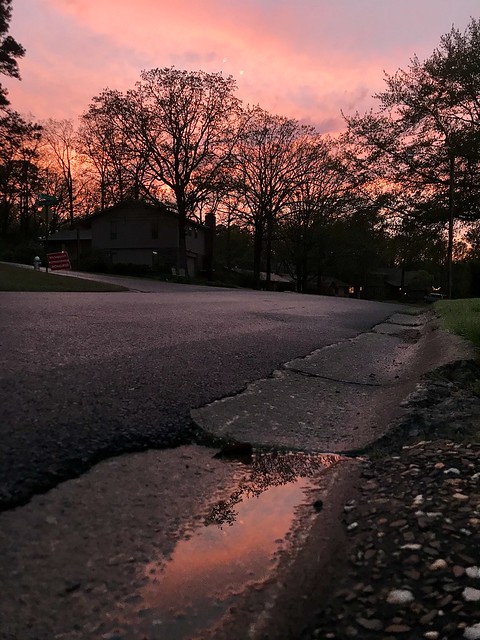 Posted by Cormackphotos at 11:27 PM No comments: