Last weekend I took Jonah to Pinnacle Mountain State Park, and we walked along the Arkansas Arboretum Trail. The trail is great for toddlers - it's not too long, and there aren't any steep parts or places where he could fall off a cliff. The trail, along with the park's playground, are a favorite spot for draining a toddler's energy levels so that he's good for naptime (which more importantly means I can take a nap too). 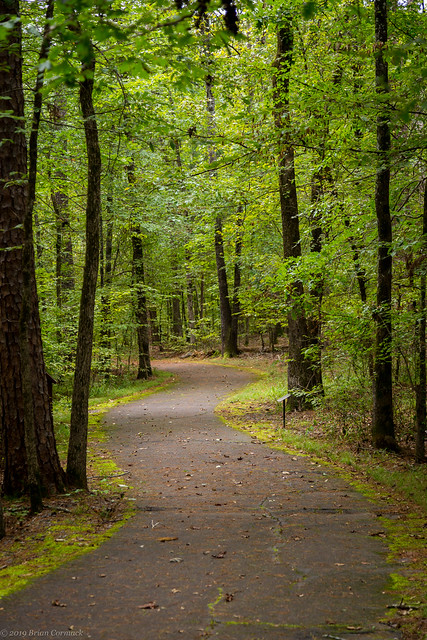 Just outside of the park is this old red barn, so I made a quick stop to get a few pictures before heading home and napping. 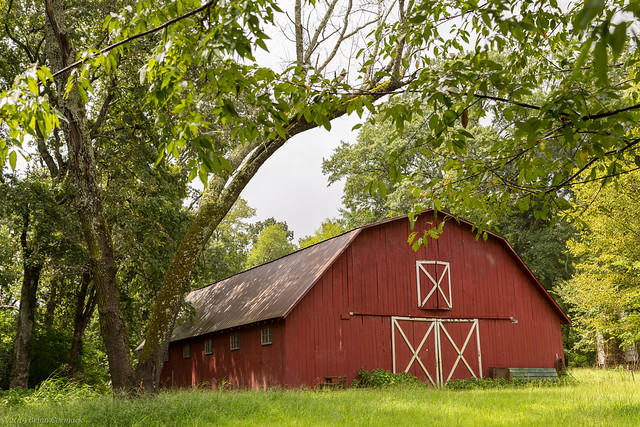 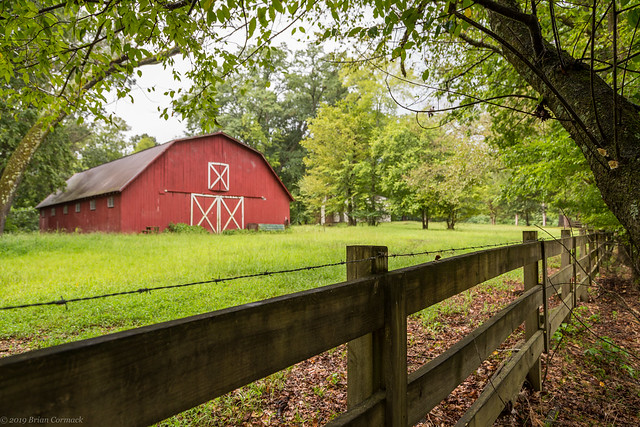 It's oddly interesting that Arkansas, a state that is not located on the ocean, has two wildlife/wilderness areas named after hurricanes. There is Hurricane Creek in the Ozarks, and then Hurricane Lake in the Delta near the metropolis of Bald Knob. Wonder how they both received their names? Did someone name them after their favorite drink that they enjoyed on Bourbon Street in New Orleans? 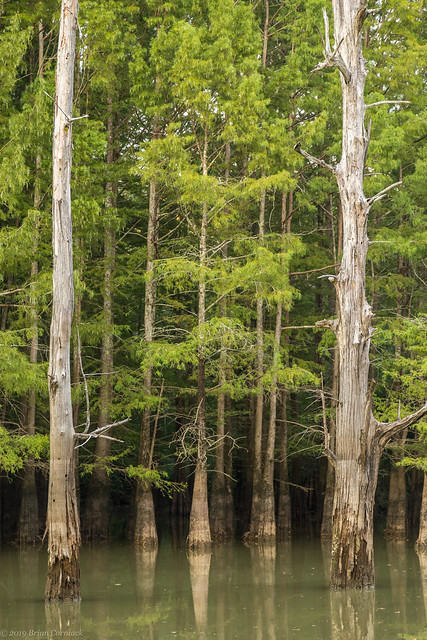 The Hurricane Lake Wildlife Management Area encompasses about 17,000 acres, which contains several oxbow lakes and bottomland hardwoods. It's a popular spot for hunting and fishing (and also mosquitoes). 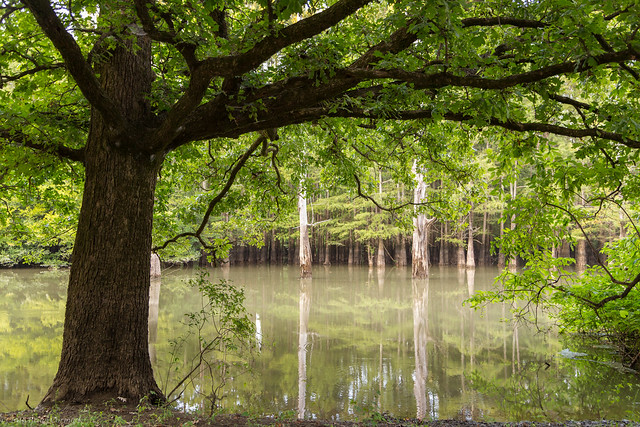 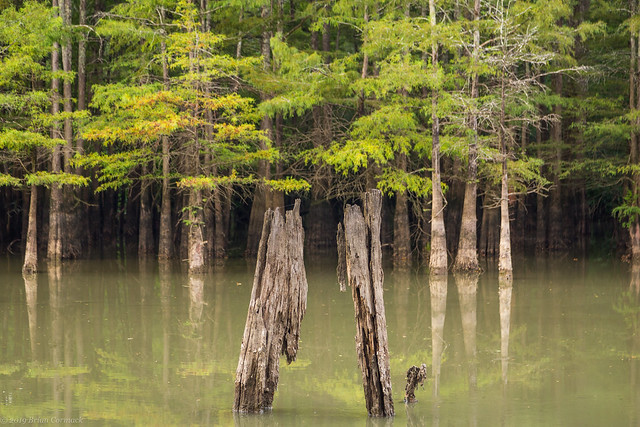 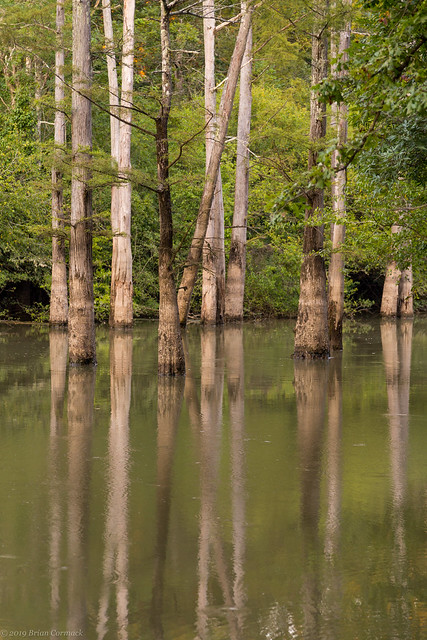 The small town of Judsonia features not one but two old bridges that cross the Little Red River. One of them is an old automobile bridge, which was built in 1924 and is still open for traffic. And also wayward photographers who walk across to take a few pictures (there was also a guy fishing and a couple getting their portraits taken by another photographer). From the bridge you get a really good view of the other old bridge - the Union Pacific Rail Bridge, which was built in 1912 and is also still used by trains.

This was taken on a typical hot and muggy Arkansas summer day, which meant the camera immediately fogged up as soon as I got out of the car. But the foggy lens did at least match the drifting fog lurking along the river. 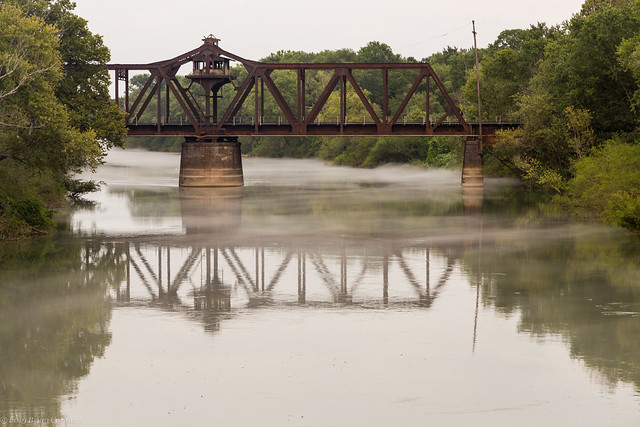 Posted by Cormackphotos at 9:55 PM No comments:

Located just at the foot of the Main Street Bridge in North Little Rock is the National Pawn Shop, which opened in 1945 and holds the distinction of being the oldest pawn shop in the state. On the side of the building is this sign, which has cracked and broken off and revealed an older sign beneath it. Which is ok, even the Mona Lisa is falling apart. 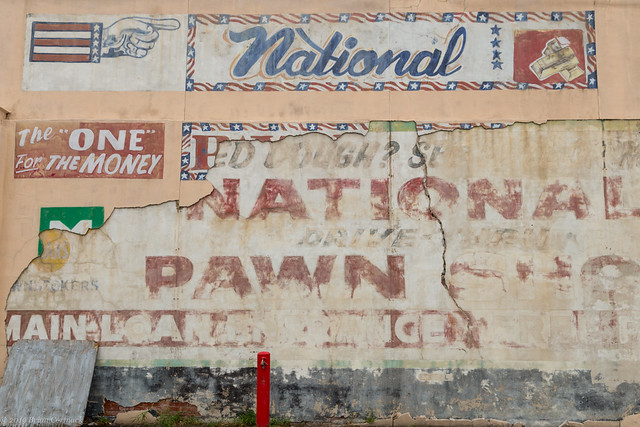 Posted by Cormackphotos at 11:06 PM No comments:

I was driving around Little Rock one lazy Sunday afternoon and tried to find a few things to get some pictures of. I made one quick stop at a parking lot underneath the Broadway Bridge, where there is this shell of an old concrete building. It's empty and has graffiti, but the window does have a pretty decent view of the bridge. 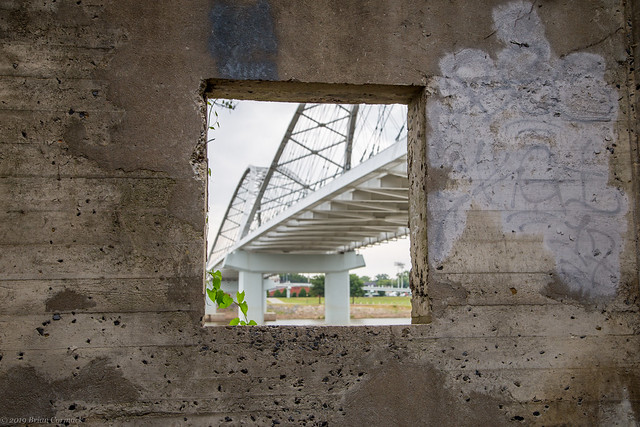 After that I went through the little pocket of industrial area that sits in-between downtown and the airport. There are lots of warehouses and factories, and a few abandoned buildings. At this spot, vines and weeds had partially consumed the side of one abandoned building. 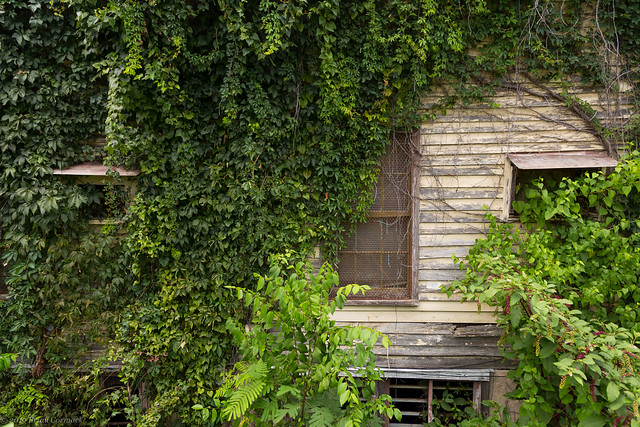 And a few other buildings.. 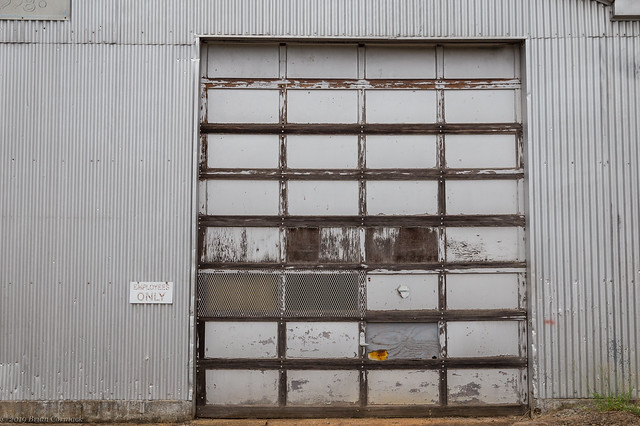 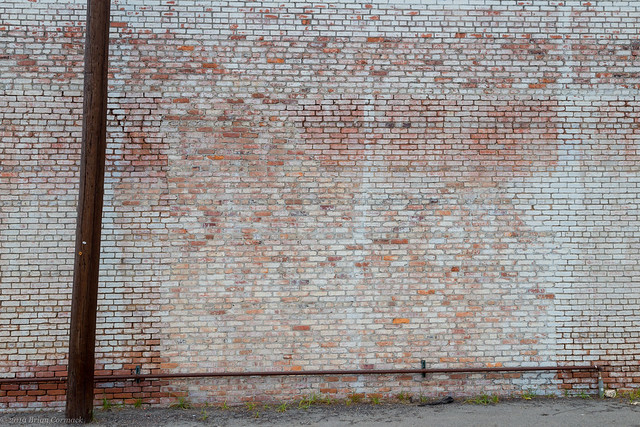 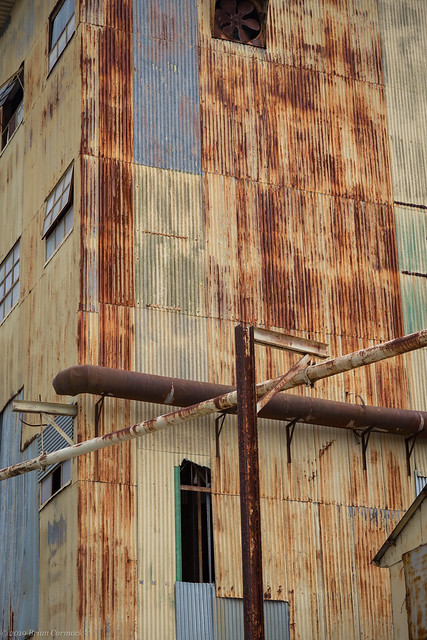 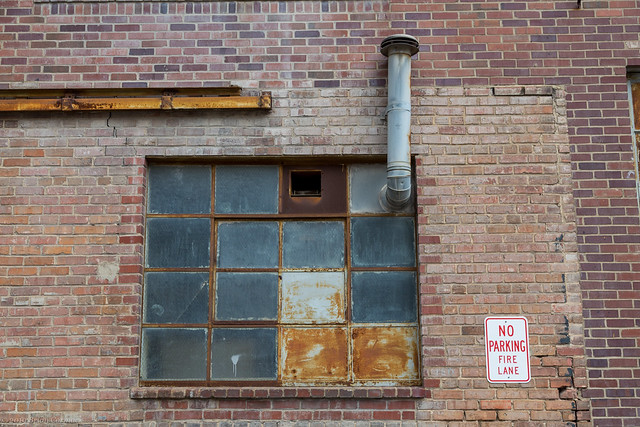 There wasn't much traffic out on the streets, and the buildings themselves seemed really quiet. There were a few junkyard dogs on patrol behind a fence by this building, but they didn't seem eager to wake up from their nap to bark at anyone taking any pictures nearby. 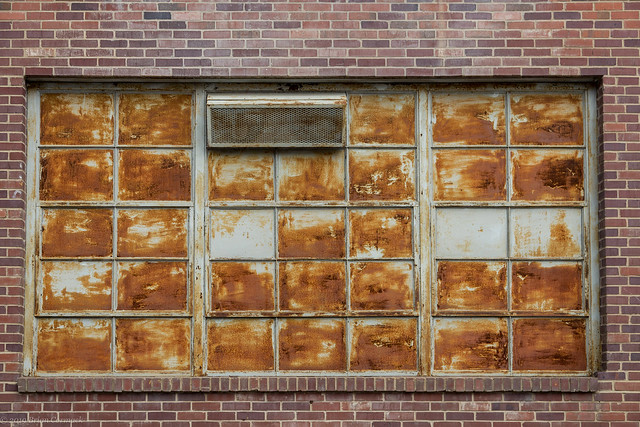 Posted by Cormackphotos at 8:01 PM No comments:

Sitting just off the edge of downtown Little Rock is the old Woodruff House, which is one of the oldest homes in the city. It was constructed in 1853 for William Woodruff, who founded the Arkansas Gazette newspaper. The home was used by Union soldiers during the Civil War as an officer's headquarters and as a hospital. The Woodruffs eventually sold the house in 1891, and it went through several uses in the decades afterwards. It was a women's boarding home for awhile, and then was divided into apartments. In 1999, a tornado damaged the building (taking out most of the roof and almost all of the windows). A fire caused some minor damage to the house in 2005, and it has been vacant ever since. Luckily the Quapaw Quarter Association acquired the house and did some repairs and stabilized the structure, and have made it available for purchase now. The Woodruff House would require a lot of work to get it to be livable again but it does have a great location - it is just right within walking distance of all the delicious beers being brewed at Lost Forty. 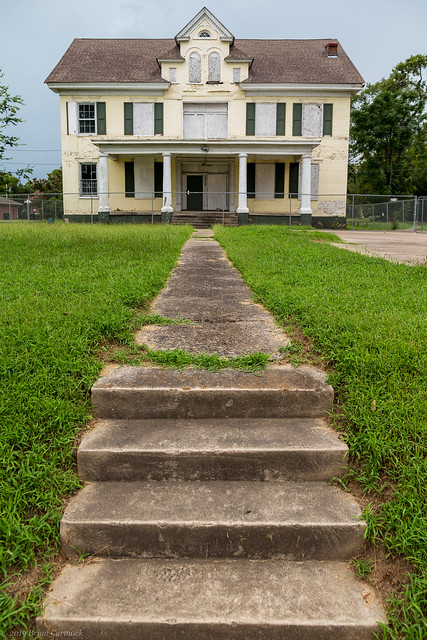 A large spider recently decided to take up residence on our back porch, where it strings up a large web each night by the lights. I managed to do a little time-lapse of it one night as it started building the web, which took about 30-40 minutes. I was a little disappointed that the spider didn't leave any messages like in Charlotte's Web, but hopefully it did catch a bunch of mosquitoes.

Posted by Cormackphotos at 11:36 PM No comments: