It's now been ten years since the Clinton Park Bridge was opened up to pedestrian use. It was back in September of 2011 that the pedestrian access on the old railroad bridge was finally dedicated. Since then the bridge has cemented its place as one of the most popular locations in Central Arkansas. Even in the midst of the pandemic, there is almost always people out walking or riding bikes on the bridge. The bridge itself is 122 years old, built in 1899 as one of three rail crossings in Little Rock. 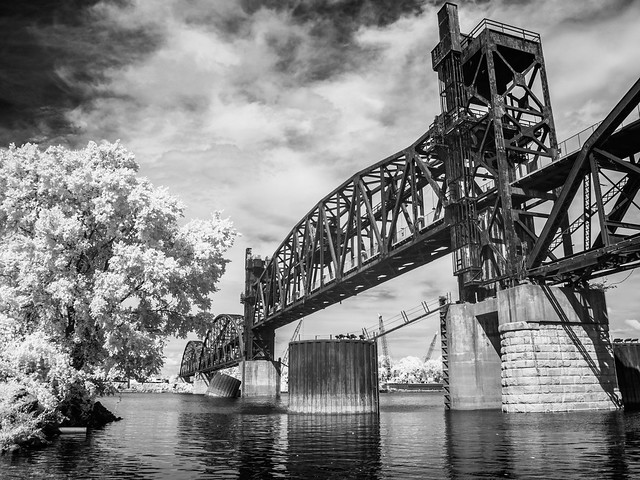 The bridge offers some good views of the river and Little Rock, and also the Clinton Presidential Center (which opened in 2004). 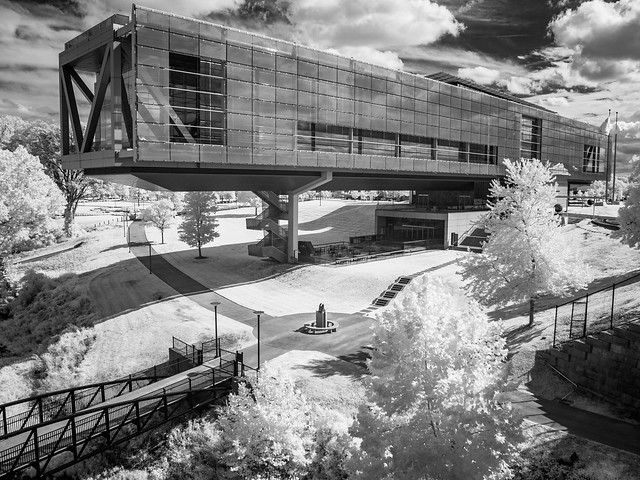 And the view, looking down the bridge back towards the Library: 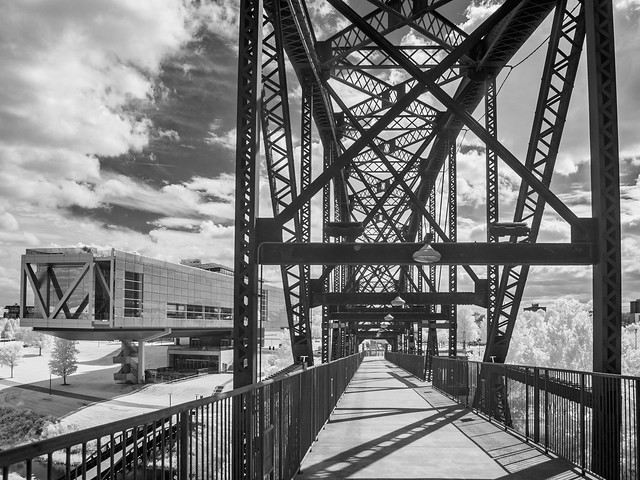 Posted by Cormackphotos at 11:52 PM No comments:

The Villa Marre is one of the most famous homes in Little Rock, thanks to its unique architecture and also because the exterior used to show up frequently on TV. The house was built in 1881 and features both Second Empire and Itialinate architectural influences. Over the years, the building was used as a private residence, a nursing home, a dance studio, and an Alcoholics Anonymous meeting facility. By the 1960s, it was in rough shape and was condemned by the city. But luckily, it was saved from being demolished and was restored.

In 1986, the Villa Marre began appearing weekly on CBS as the home of Sugarbaker design firm on Designing Women. But the Villa Marre wasn't the only Little Rock building used by the show, the Governor's Mansion was also used as the setting for Suzanne Sugarbaker's home (it also made an appearance in 30 Rock).

The Villa Marre was purchased in 2019, and the first floor can be rented out for events or weddings or for Designing Women fans to meet (I'm guessing). 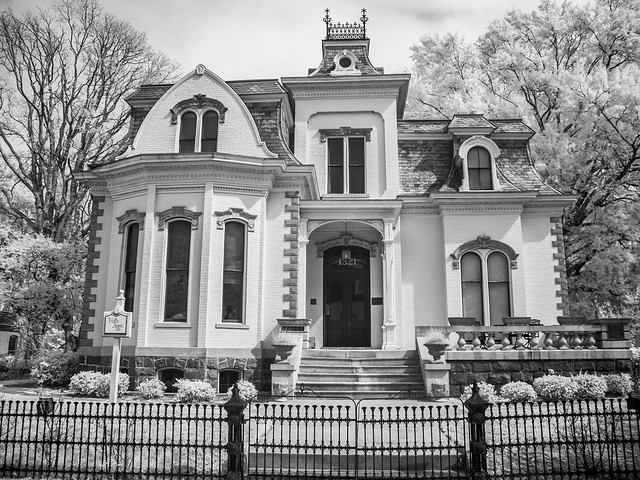 The Ouachita National Recreation Trail starts at Pinnacle Mountain State Park and eventually snakes 223 miles across Arkansas and into Oklahoma. Part of the trail that runs through Pinnacle uses a disused bit of pavement that once carried traffic on Hwy. 300. It seems like occasionally the park will mow the grass on the old road, but usually its slightly overgrown with weeds and wildflowers. Which might look kinda neat with the infrared camera... 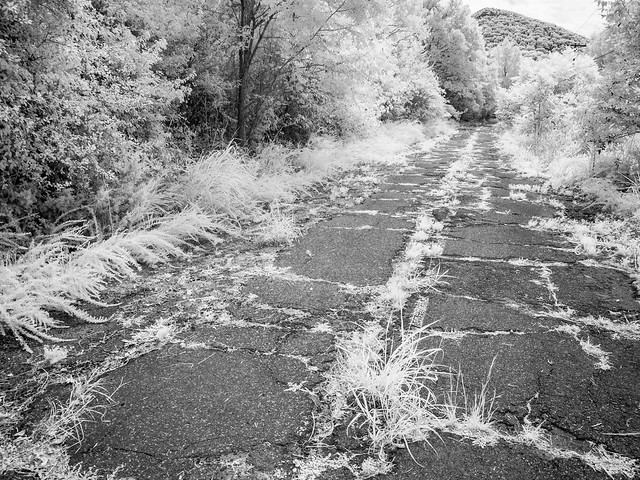 The road leads to an old bridge over the Maumelle River, which was built in the 1940s. The bridge, and the road approaching it, were replaced with a new bridge in the 1980s. The bridge is used by hikers, people fishing, photographers, and (sadly) people who like to vandalize. 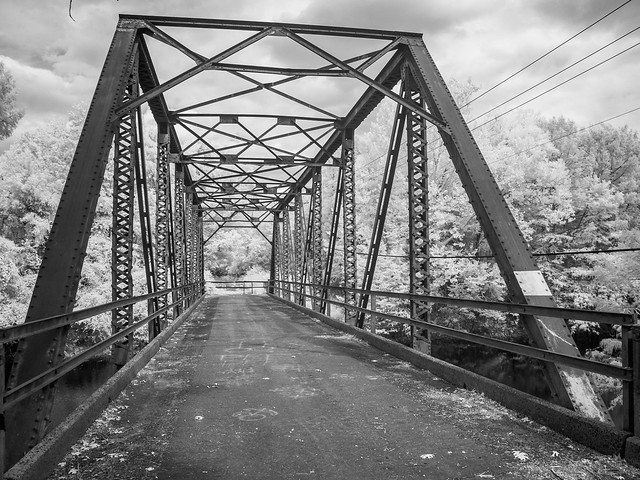 And one last shot from Pinnacle. Near the Visitor Center is this wooden walkway, which heads up the hill towards a nice overlook of the Arkansas River. 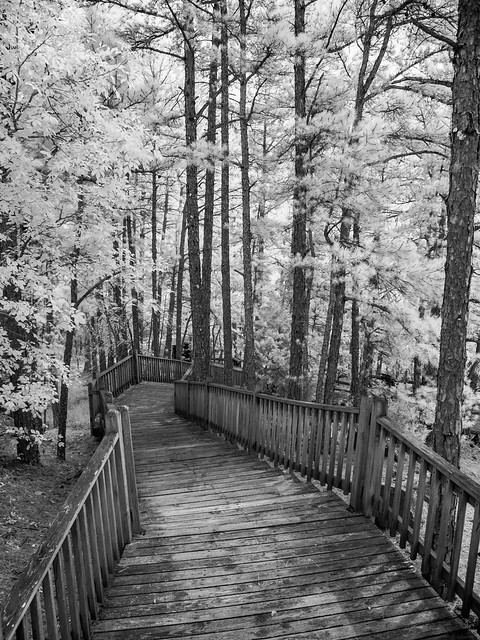 Posted by Cormackphotos at 11:13 PM No comments:

A Fair To Remember

Last weekend, Riverfront Park in North Little Rock hosted the first Pulaski County Fair. We decided to take the kids on Saturday, hopefully arriving early enough to miss most of the crowds. The fair was much smaller than the State Fair, but it had enough rides to entertain our five year old (his favorite was the Tilt-a-Whirl). It also featured lots of fried foods, and all those games that no one can ever win.

On Sunday night, after putting the kids to bed, I headed back down to the park to try to get a few pictures. The Main Street Bridge provided a good view of the fair and the rides, and has a handy sidewalk that has plenty of room for someone to set up a tripod. 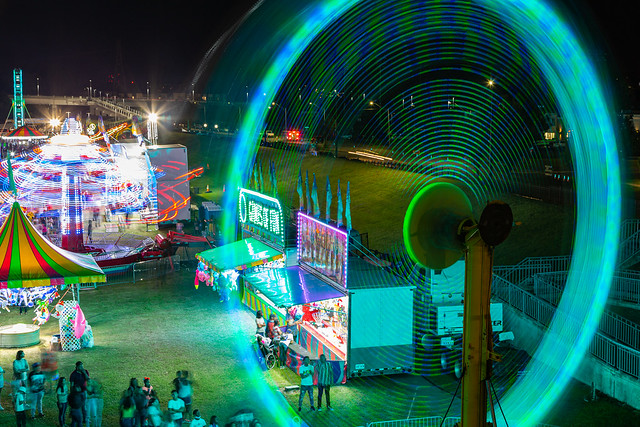 And the same ride, with the Little Rock skyline peeking out from behind the trees.... 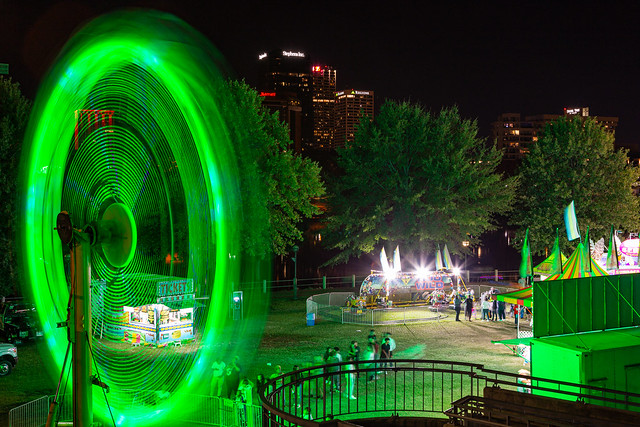 Last weekend we took the kids to Burns Park in North Little Rock to visit a few playgrounds and burn off some energy. We stopped and had a little picnic at this spot, which while not as exciting as the Rocket Slide did look kinda neat with the infrared camera: 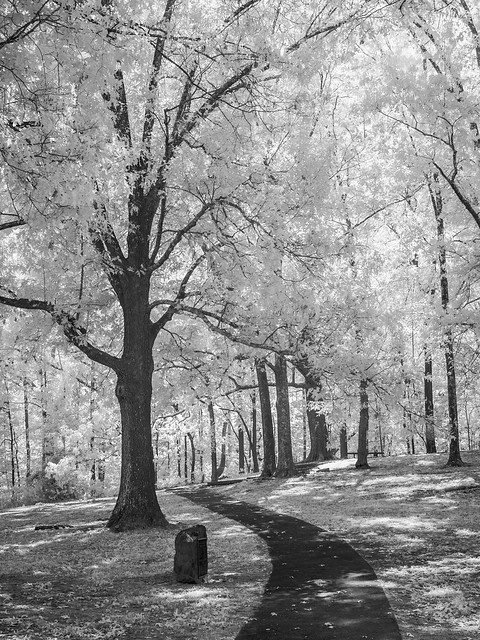