It had been raining all day, but I decided to head out and take some pictures. I wanted to get some pictures in downtown, and ended up parked under the I-30 bridge on the North Little Rock side. It's an ideal spot in rainy weather, the freeway bridge is good cover from the weather. And the view from there is pretty good, too. This was taken right at dusk as the evening light, rain clouds and the city lights all mixed together to cast a pinkish glow in the sky. 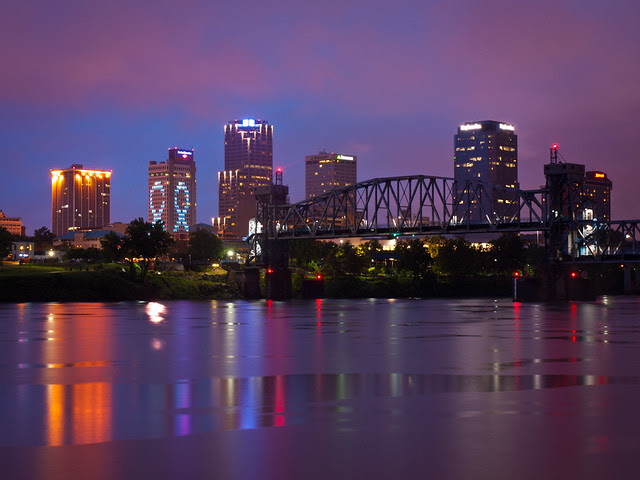 Got in the car last weekend with the hope of finding something to take pictures of. It wasn't ideal weather for photos; bright sun and absolutely no clouds. But I headed out anyways, since there were a few places that I wanted to drive by and check out. Which I eventually was able to, even if I missed my turn twice and drove about 30 miles out of the way.

I drove down a dusty dirt road that cut through the Ouachita National Forest. Along the way it passed by a few old barns and old homes, baking in the summer heat. 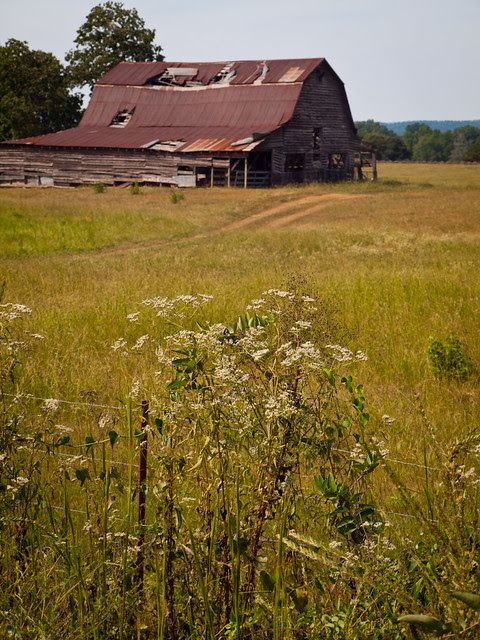 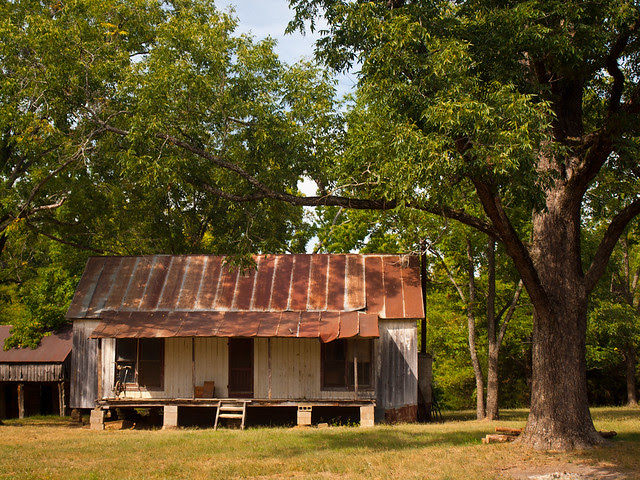 The next stop was the old Wallace Bridge, which crosses the Fourche La Fave River. The bridge was built way back in 1909, and nearly destroyed a century later. In January of 2009, a delivery truck tried to cross the bridge but it was too heavy and the bridge collapsed. After being closed for nearly a year and a half, the bridge was repaired and reopened. I crossed it to take pictures, and made it across without any damage to the bridge. 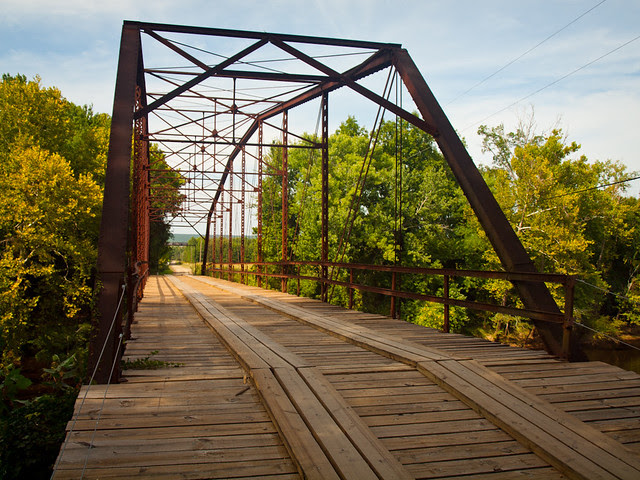 From there I drove to the small and amusingly named town of Nimrod, Arkansas. There is an old church/community building (?) there that I wanted to take pictures of. The building is definitely old, and is flanked by two tall trees. There were even a few outhouses out behind the building. 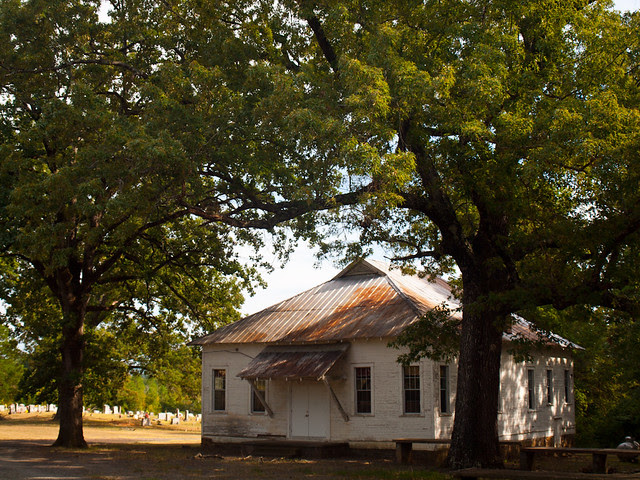 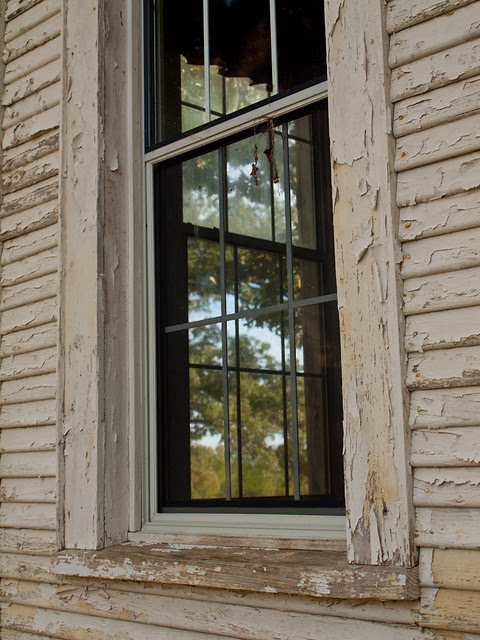 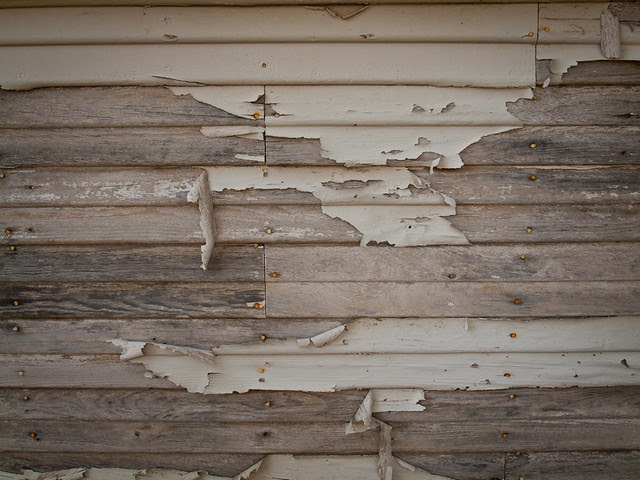 And one lost shot, taken from the nearby cemetery... 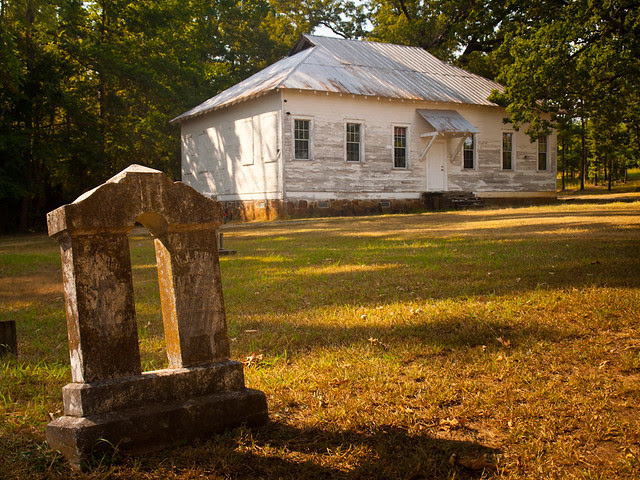 Posted by Cormackphotos at 10:09 PM No comments:

The small community of Hagarville (population 129) sits outside of Clarksville in the Ozark National Forest. We drove through the other day, just as a summer thunderstorm popped up nearby that was dropping some menacingly large bolts of lightning. In the center of town sits an old store and duplex, long abandoned and graying with time. 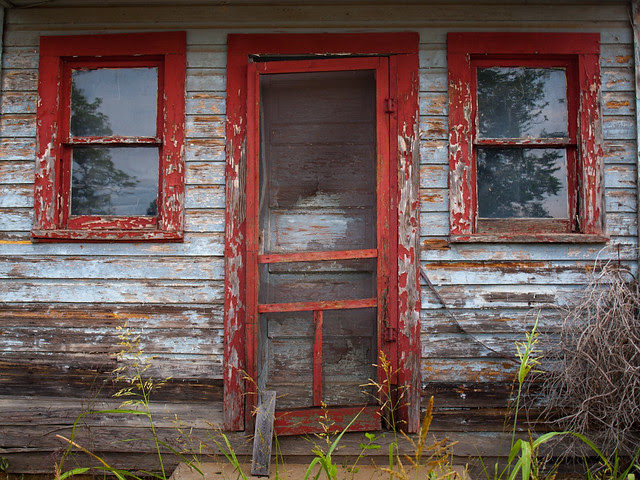 It's a popular spot for photographers, apparently. The kind lady who lived across the street stood on her porch and invited me to stand in her yard to take pictures, since the view would be better.
Posted by Cormackphotos at 10:54 PM No comments:

We drove up to Fayetteville last weekend, and decided to take the scenic route by taking the old Pig Trail instead of the freeway.  Which was a good thing, since there was a Razorback game that weekend which resulted in bad traffic on I-540.  But there were hardly any other cars on the Pig Trail, which runs from Ozark to Fayetteville and is a great road to drive on. 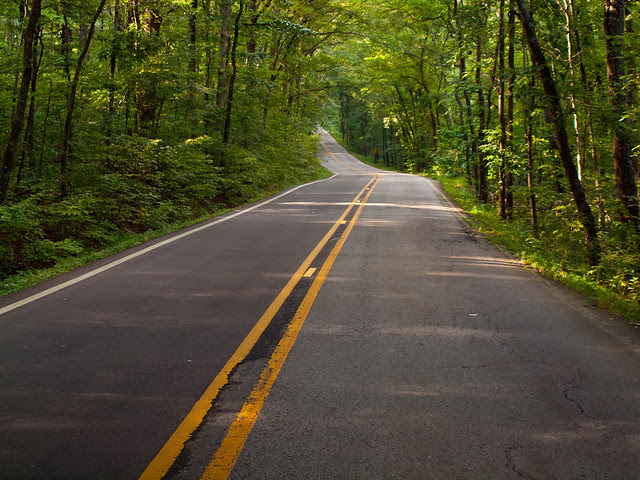 The road passes over the Mulberry River, and by deep forests, fields and pastures. In one small town, we stopped to take a few pictures. Here is a line of boxes for easy delivery of the Arkansas Democrat Gazette... 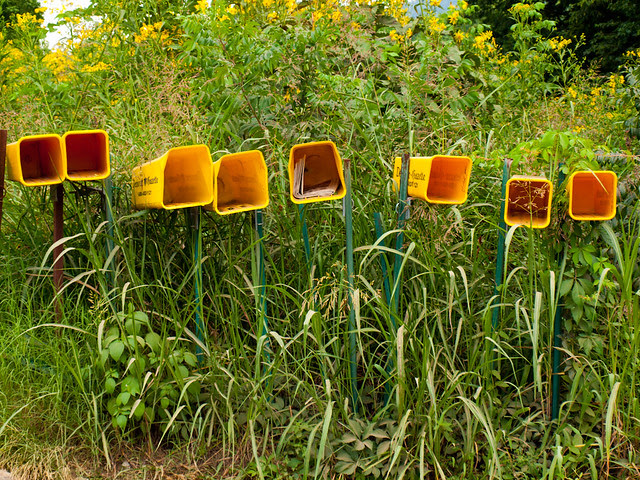 And a barn that was nearby, which seems to be falling in some... 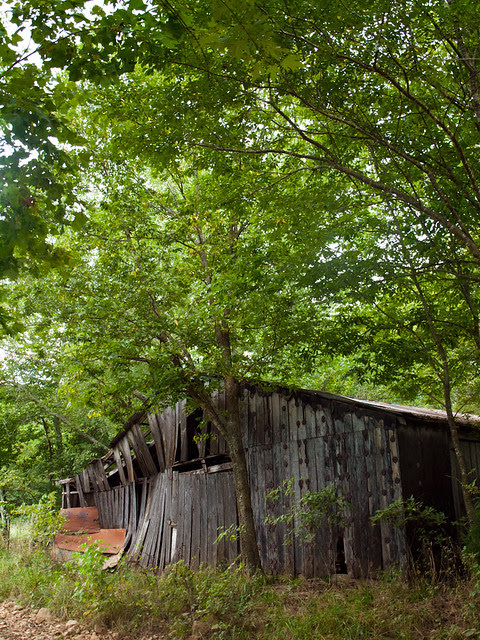 While driving along I-40 over Labor Day weekend, we made a pit-stop in Clarksville for a few minutes. I had time to try to take a few pictures, and stopped by the back of this old store that sits along Main Street near the courthouse. 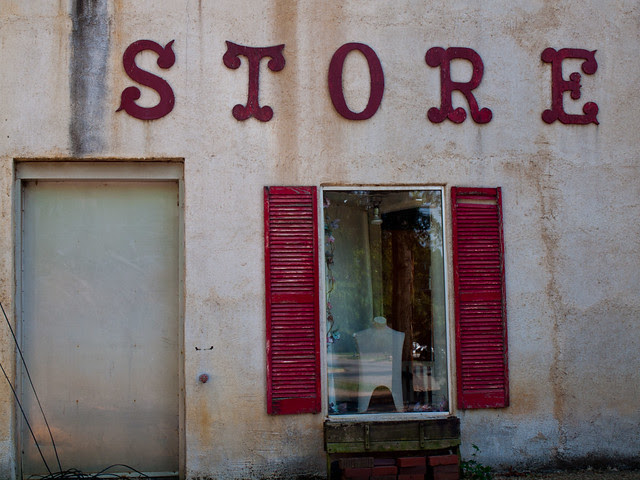