The weather could not have been any different than the day before, when we drove up to Silverton in the snow. Instead it was a bright and sunny morning as we walked the few blocks to the train station in Durango. We had tickets to ride the popular Durango and Silverton Narrow Gauge Railroad, which heads high up into the San Juan Mountains alongside the Animas River.

It was a neat experience, although a bit pricey. I purchased the cheapest possible seat on the train, which still cost $49. And that was even a cheaper price than usual because the train didn't actually run all the way to Silverton. It went about halfway because the tracks around Silverton were still coated with snow. But the train heads into a part of the wilderness that you can't see otherwise, and provides some breathtaking views of the river and mountains.

The train heads out of Durango and slowly heads north. It eventually turns away from the road and begins to climb into the mountains. At one point it runs along the top of a bluff, with the Animas River far below. Most of my shots from the train didn't really turn out, but this is part of the view: 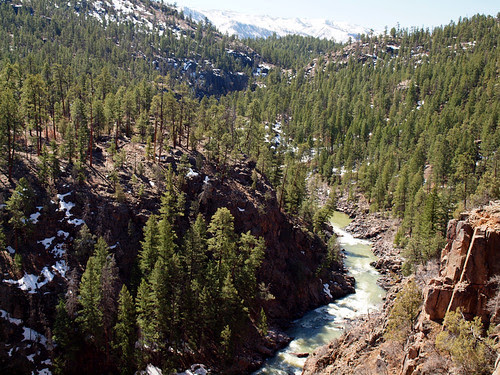 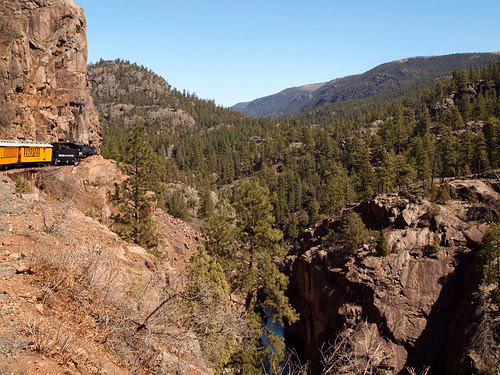 The route the train takes was laid out in 1882 and 1883, as part of a rail line that connected Durango to the mines in Silverton. Trains have traveled this route in some way or another continuously since 1882. There weren't too many tourists on the train that day, so they let us get up and sit in either the coaches or one of the open-air gondolas. The gondolas were better for getting pictures, so I quickly headed out there.

The locomotives here are authentic steam engines, which means that there is smoke that will sometimes drift back to the open-air cars. Along with the smoke are tiny bits of embers that will quickly try to get in your eyes. I was too cheap to buy the $3 protective glasses they sale on the train, even if they did look kinda like Bono shades. 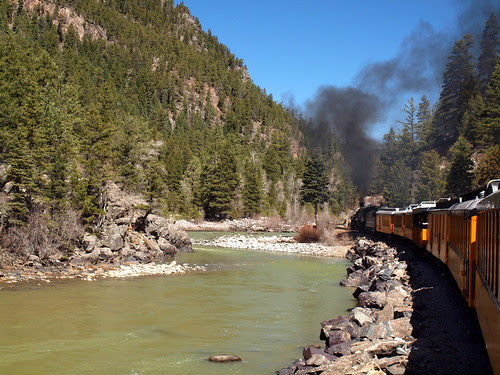 The tracks eventually dropped down from the mountain and closely followed the course of the Animas River. It's a very scenic river, flowing past huge boulders and under massive mountains. After a few hours we made it to Cascade Canyon, a little spot in the San Juan National Forest where we could have lunch and explore for about 40 minutes. There was a bridge over the river there, which provided this view: 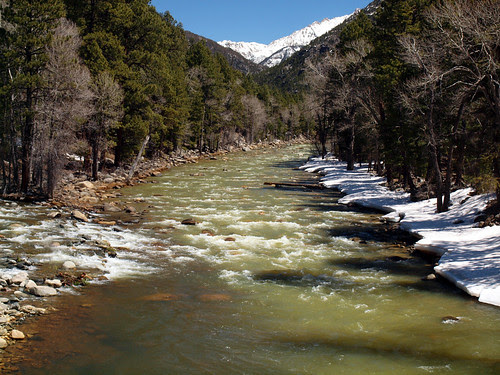 From Cascade Canyon the train turned around and made the slow trek back to Durango. This shot was taken as the train crossed over the Animas River: 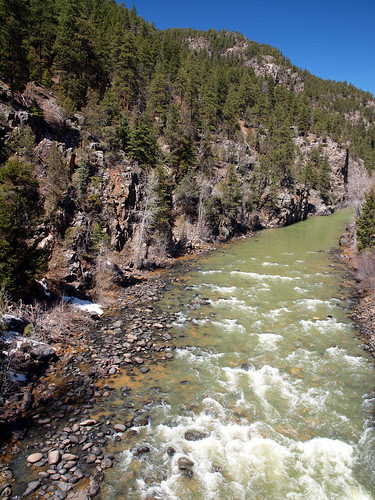 As it climbs back up into the mountains, the train passes by two narrow cuts in the rock, which nearly resemble tunnels. The rocks form a narrow chute for the train, and it seems like there is just barely enough space to squeeze through. Even though the conductor had asked people to not lean or reach out, many people still tried to touch the rocks as we went by. 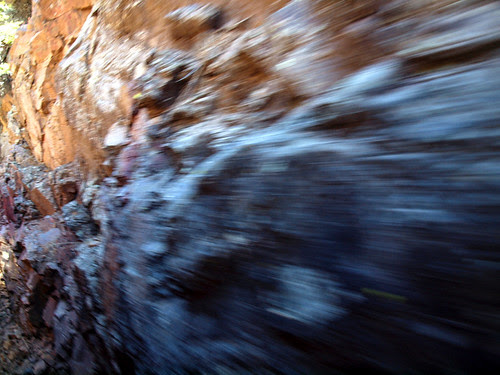 As it descended towards Durango, the train passes by this large mountain lake. I think (although I'm probably wrong) that this is Shalona Lake. 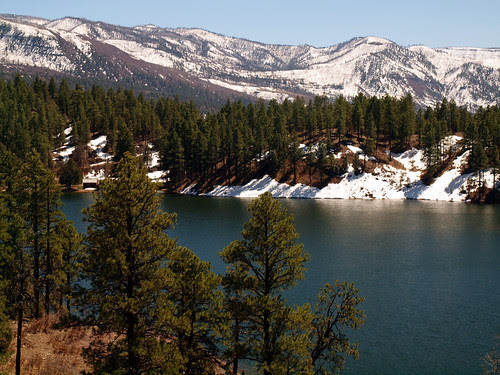 As you get closer to Durango, the train passes by fields surrounded by the mountains. 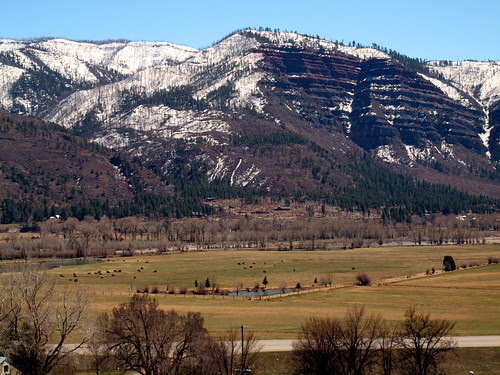 There were plenty of horses out in the fields, and also an amusing number of prairie dogs that would pop out of the ground and watch the train go by. 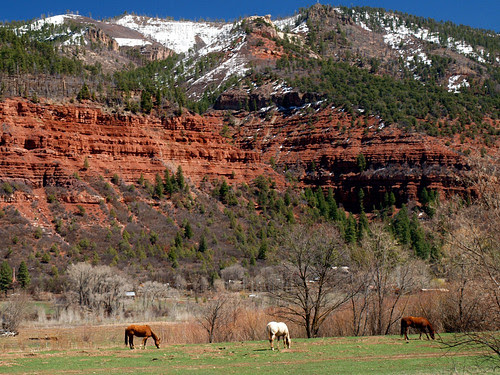 The Durango and Silverton Narrow Gauge Railroad isn't a bullet train for sure - it's pretty slow going. The fastest the train goes is around 15 miles an hour. I wondered if they could use the same fuel that the train used in the finale of Back to the Future 3?

The train finally dropped into Durango, slowly cruising through the city. As we went through a city park along the river, four teenager dropped their pants and mooned the train (sorry, no pictures). The conductor walked by a few minutes later and jokingly asked if we "had enjoyed our travel through Moon Valley."
Posted by Cormackphotos at 9:24 PM