Here are a few photos taken during our stay in Durango, Colorado. Durango is an awesome place, situated along the Animas River Valley and surrounded by mountains. Our hotel was perfectly located in downtown, which is compact and easily walkable. The hotel actually overlooked the rail yards for the Durango and Silverton Narrow Gauge Railroad, which was cool too.

The only problem with the hotel was that the elevator was out of commission the entire time we were there, which meant having to climb three flights of stairs up to the room. Normally that isn't a problem - my apartment is on the third floor and I climb three flights of stairs every day. But Durango sits at an elevation of 6,523 feet. For a comparison, my home town of Little Rock sits at a cozy elevation of only 335 feet. I would nearly lose my breath going up the stairs each time...

Aside from the elevation, I really loved Durango. I've been tempted to start looking to see what job openings they have out there, even if it would mean trading in my Pontiac for a Subaru.

On our first night in Durango, we headed out to see some of the sights. We walked over to the depot for the Narrow Gauge Railroad: 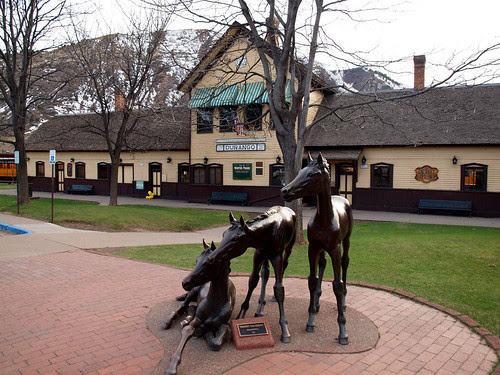 And this is the view looking in one of the windows - with an old bench sitting in the lobby. 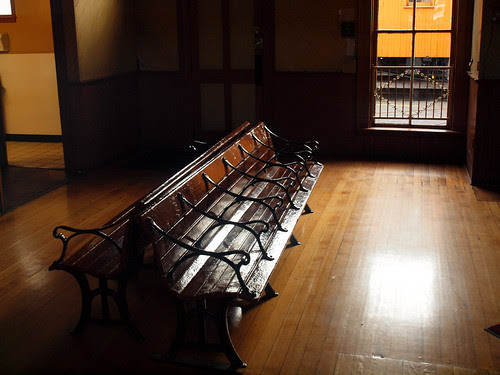 North of Durango, along the road to Silverton, are the Pinkerton Hot Springs. They sit just off of the pavement, and at first look like some bizarre fountain. But it's a natural hot spring, with a steady stream flowing out from the top. 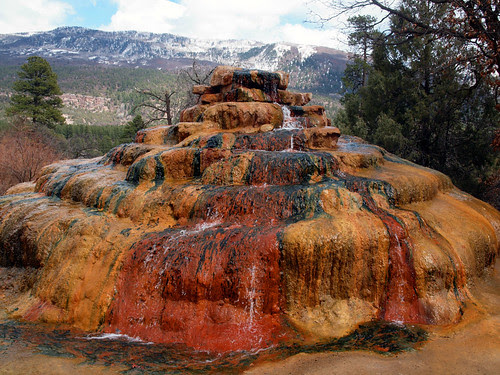 It is truly a strange sight to see, like someone lifted part of Hot Springs National Park or Yellowstone and dropped it right down next to the road. 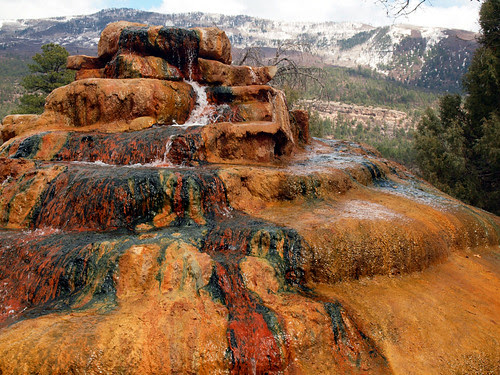 It doesn't seem like I'm the only person who has become infatuated with Durango. After driving by this vet's office sign, everyone in the car cracked up laughing and we had to turn around and get a shot. I guess Walker decided to pull up stakes and leave Texas? 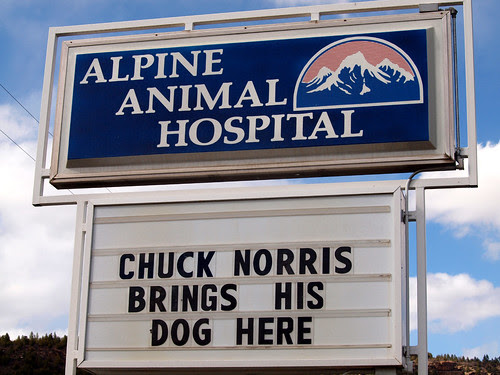 Durango was founded in 1880, and has a population of around 15,500 people. The town was founded by the Denver and Rio Grande Railroad who originally wanted to place a depot in the nearby town of Animas City. But when that town wanted a dowry from the railroad, they just decided to go and create their own town instead. So in 1880, Durango was founded. The railroad designed the lay-out of the city, which still reflects in the compact downtown that you still see today.

The Animas River cuts through Durango, and there are miles of trails along the river. There are also numerous pedestrian bridges, which provide some cool views of the river. One bridge sits right next to an old rail bridge, which still sees use by the Durango and Silverton Narrow Gauge Railroad. 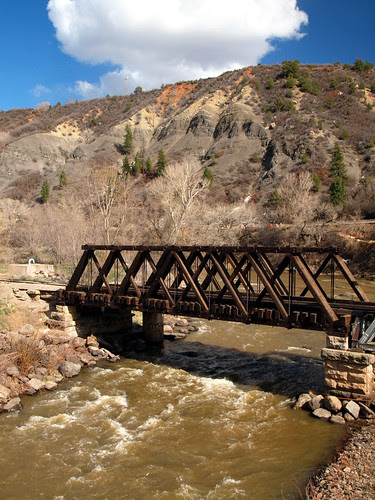 We rode over that bridge the next day, when we took the train ride. 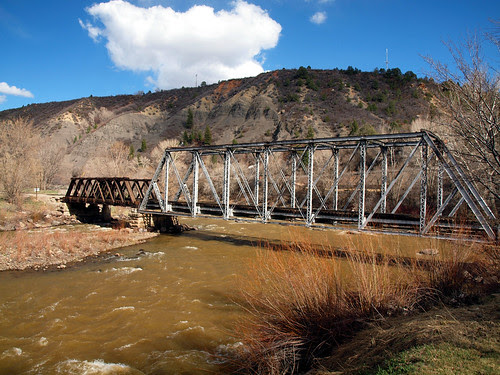 And one quick shot of the old Strater Hotel, in downtown. The hotel was built in 1887. 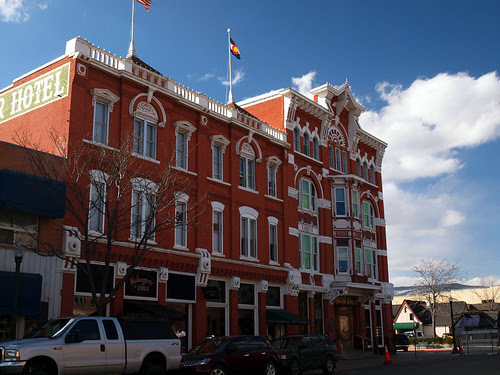 It's a bit fancier than the place we stayed (and I bet the elevators worked there, too).
Posted by Cormackphotos at 9:23 PM