From Glenrio we travelled west and stopped for a bathroom break at the small town of Newkirk, New Mexico. The Route 66 guidebook we were using made no mention of the town, so we were pleasantly surprised to see that it contained several old buildings. It could also almost be considered a ghost town, except for the lone open gas station that sits like an oasis among the shut-down stores next door.

The off-ramp on I-40 passes right by an abandoned church that sits in an overgrown field. 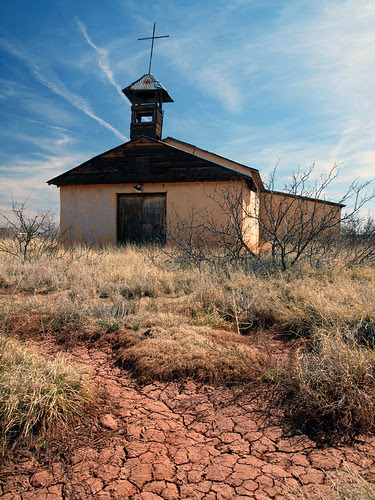 I made a quick look in the window and saw that there were still pews in the church.

This old building was constructed back in 1910 and was once the town's post office. It also served as a gas station and store. An old car, an Ambassador actually, sits just off to the side... 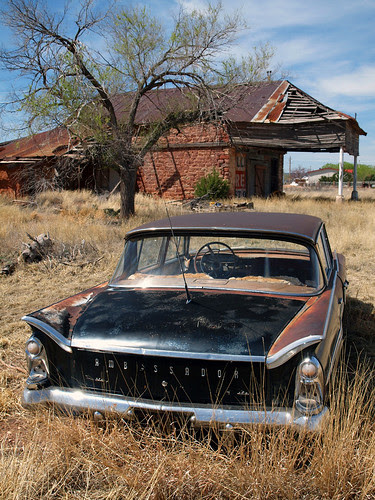 Further down old Route 66 is another abandoned gas station - Wilkerson's. 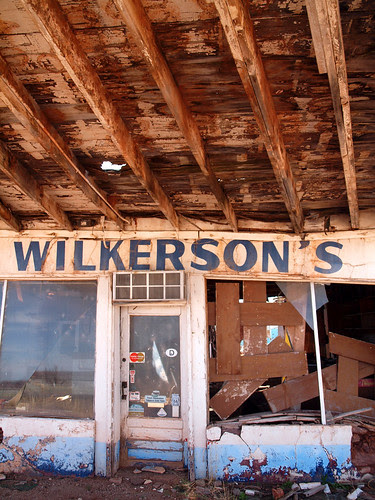 Apparently this old station stayed open until 1989, but had to close down because they weren't seeing too many customers. 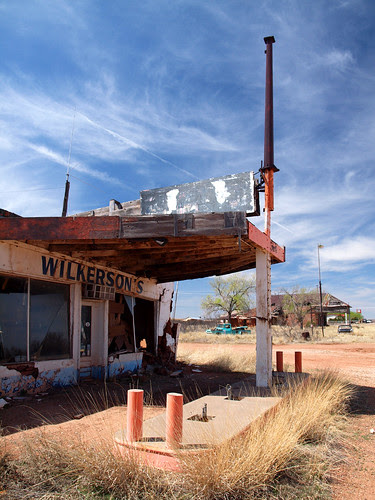 From there we travelled west, passing by the ghosts of Route 66. When we hit Albuquerque we headed north towards our main destination for the trip: Durango, Colorado.
Posted by Cormackphotos at 10:37 PM