Heading west, we paid a visit to the old town of Glenrio, which sits right on the border between Texas and New Mexico. Although it appears a few people still live around Glenrio, it can easily be called a ghost town. A string of old gas stations, motels and cafes sit along what was once Route 66, but all are empty and abandoned. The only signs of life were some junkyard dogs that loudly barked when we walked by.

Interstate 40 passes just by Glenrio, and there is an exit there. That exit is marked by two abandoned gas stations. Both now just sit empty as the nearby freeway traffic speeds by. 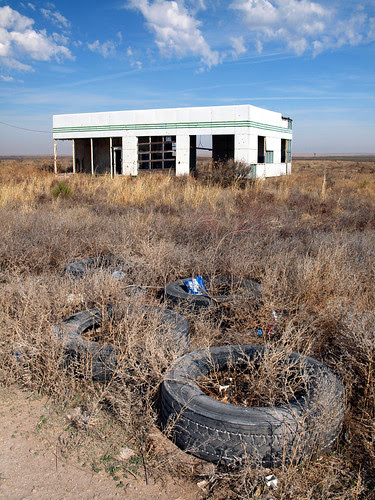 Glenrio was established way back in 1903, when the Rock Island and Gulf railway opened a station here. In the heyday of Route 66, the town was a popular stopping point. Several gas stations and cafes opened up to welcome the traffic passing through. But the town suffered a major setback when the Rock Island depot was closed. The final nail in the coffin, so to speak, was the construction of the freeway which bypassed Glenrio in 1973. All of the businesses would soon shut down. 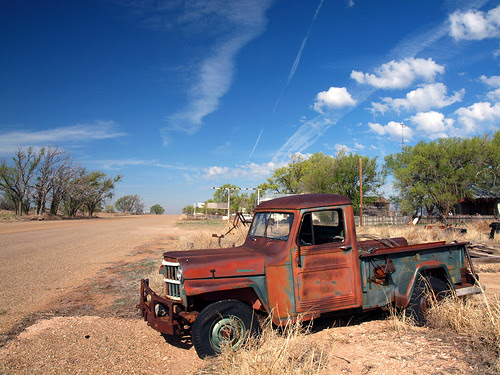 This is the Little Juarez cafe, which hasn't seen any customers in decades: 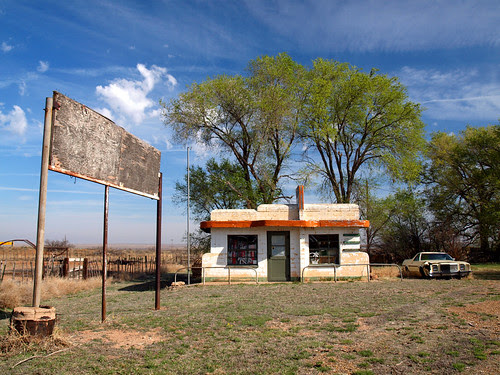 One of the most prominent buildings along the old Route 66 in Glenrio is the "First Motel in Texas/Last Motel in Texas." Depending on which direction travelers were coming from, this was what welcomed them into the state. The sign and building are there, a weary reminder of the glory days of Route 66. 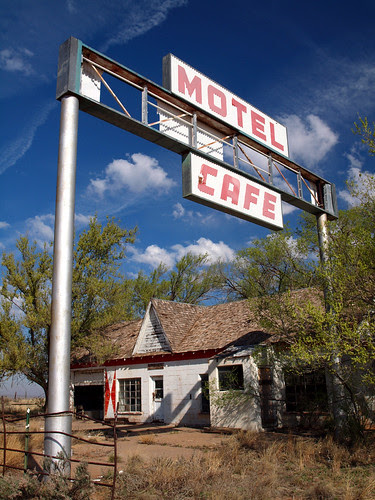 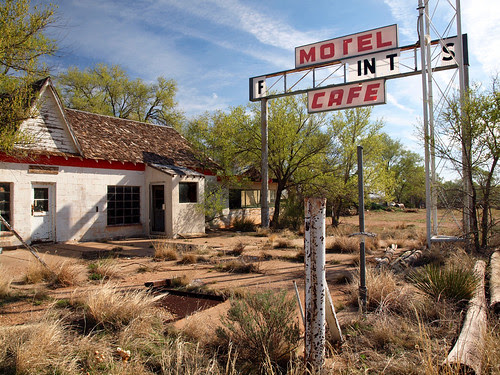 This is a shot of the old post office, which was one of the last buildings to close in Glenrio. All of the buildings along Route 66 in Glenrio were added to the National Register of Historic Places in 2007. 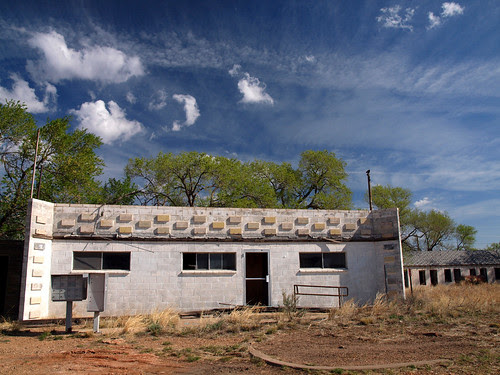 The state line between New Mexico and Texas passes through Glenrio somewhere, but it isn't marked. It is marked on the nearby freeway, but the signs for both states are located on the edges of Glenrio. It's almost as if both Texas and New Mexico are reluctant to claim part of the town. That certainly adds to the lonely and forgotten air that lingers about Glenrio.

An interesting fact about Glenrio - the name comes from the English "glen" for valley, and the Spanish "rio" for river. However, the town isn't located in a valley or along a river. This is one of the old gas stations that shut down long ago along Route 66 there: 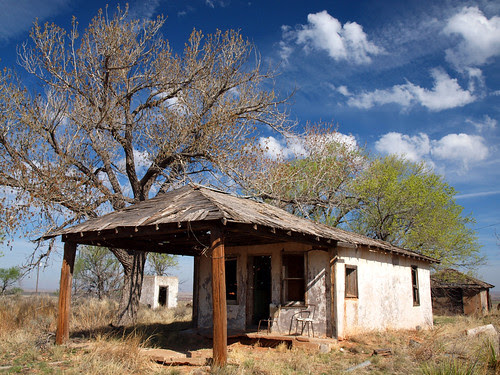 There are concrete dividers in the old road, which must have been added to help control traffic back in the days when Glenrio actually saw traffic. The entire time that we were out there we only saw one other car, which just promptly turned back around and headed to the freeway. 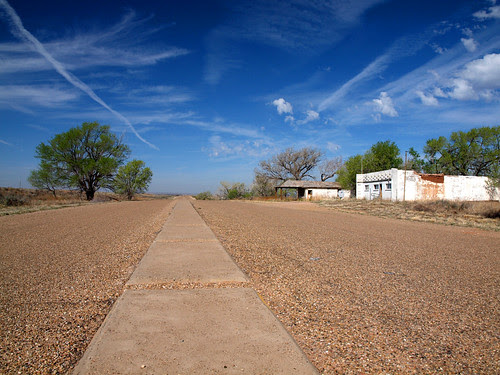 The last time I took a road trip out west we stopped at Glenrio, so it was interesting to see the old town again. Since it's located right by the freeway, it really is a neat, although sad, place to visit. 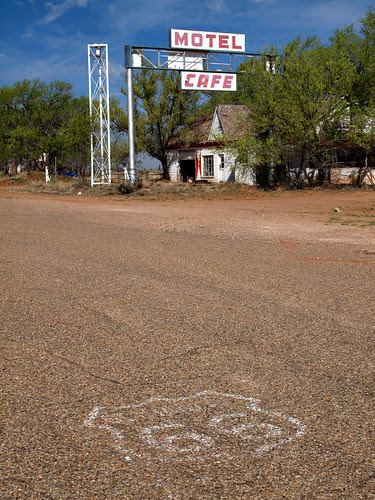 Posted by Cormackphotos at 9:29 PM

The Texas/New Mexico State line actually IS marked in Glenrio, you just need to know where to look. Directly across the street from the First/Last Motel in Texas sign is the state line marker. It's several feet off the road in the weeds, nearly completely obstructed and it's a pretty rusted marker sticking up out of the ground. In faded lettering, it says "New Mexico."Unless someone has taken it from the ground (which is entirely possible), it was there when I visited late last year.