After a cancelled flight and the ensuing airport adventures caused us to miss a day of our vacation, we tried to squeeze as much sight-seeing in as we could. So after an early dinner, we headed back to the National Mall and visited the Korean War Veterans Memorial. 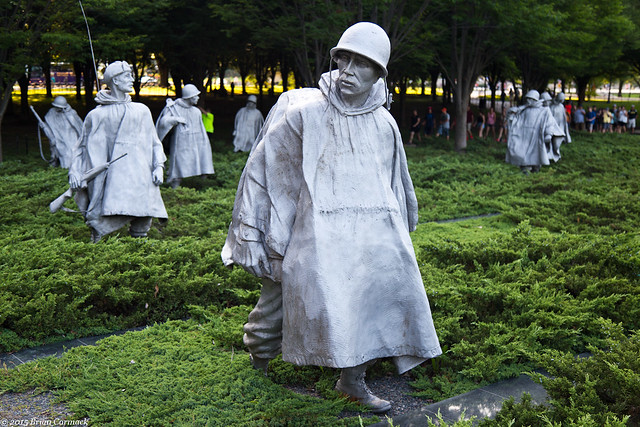 Nineteen statues of combat troops are set in a field of juniper and blocks of granite, which represent the rough terrain of Korea. The effect is really quite eerie and somber. 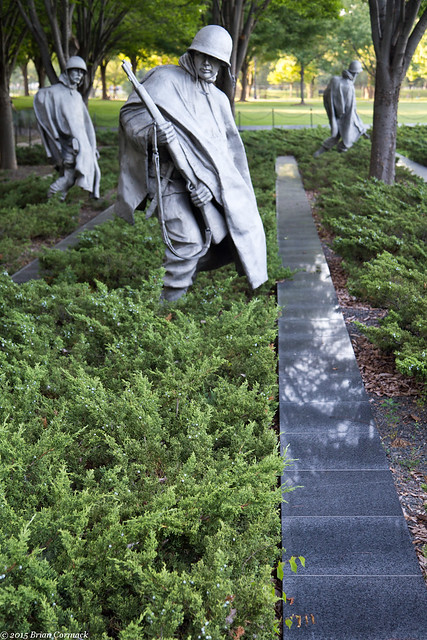 From there we headed across the Mall to the solemn Vietnam Veterans Memorial. There were hundreds of roses lined up against the black granite, many with notes written on them. One said "Happy Father's Day Dad." 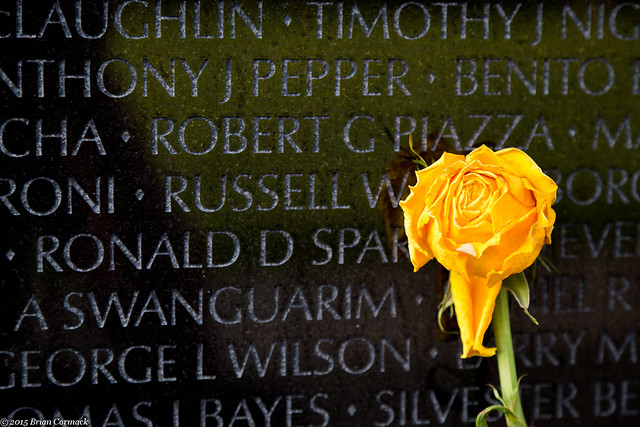 Next stop was the Lincoln Memorial, which is massive. The huge throng of people inside were dwarfed by the tall ceilings and the 19 foot tall marble statue of Lincoln. 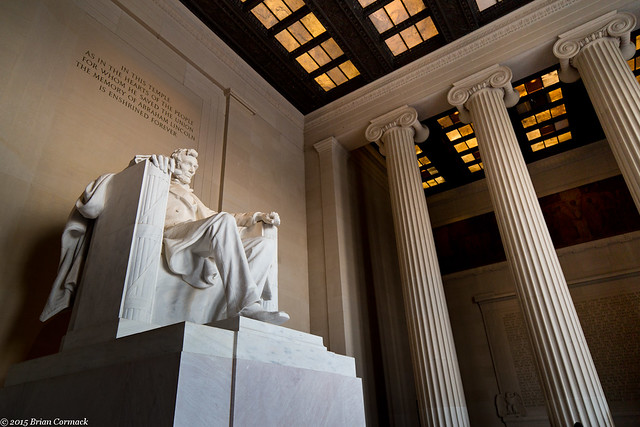 The Lincoln in the statue looks down in a stern way, as if he was annoyed by all the people carrying selfie sticks with them while visiting the Memorial. 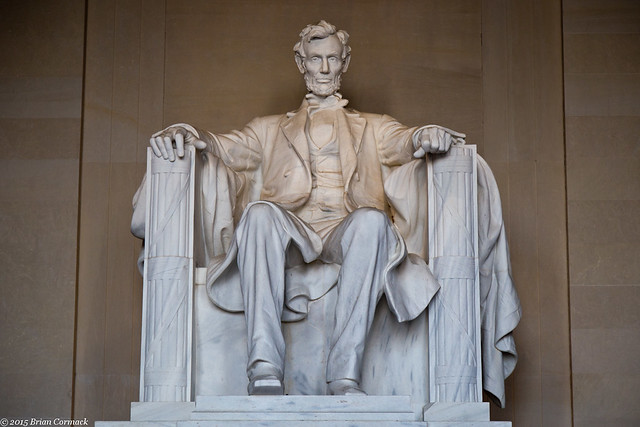 Along the way to the National World War II Memorial, I passed this little family of ducks standing on the side of the Reflecting Pool. They didn't seem too concerned with people, and were probably used to the attention. This baby duck wobbled along the sidewalk before dropping back into the water. 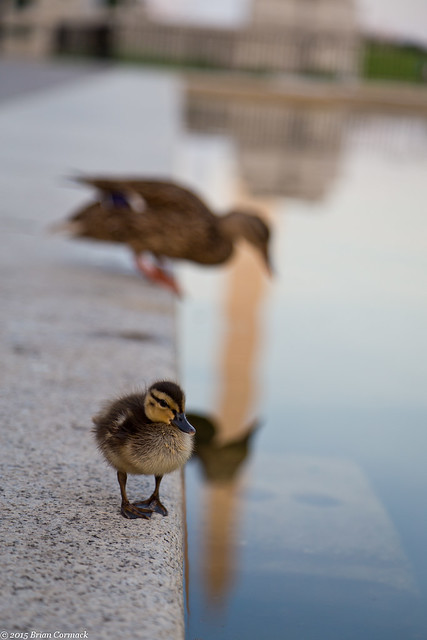 The National World War II Memorial sits at the end of the Reflecting Pool, and is about halfway between the Washington Monument and the Lincoln Memorial. Along the walls leading into the memorial are several bas relief depictions of the war. 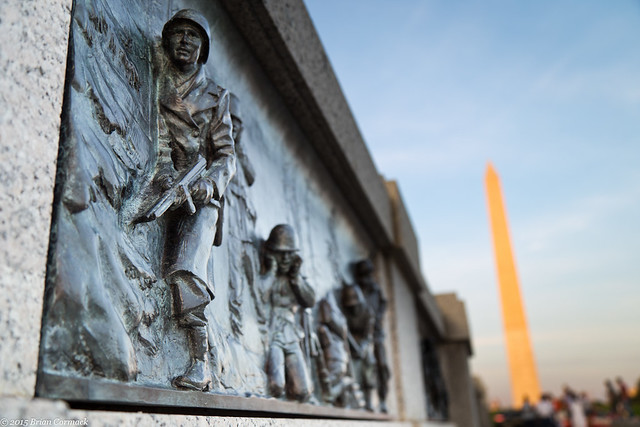 And then back along the Reflecting Pool, with the ducks floating through the Lincoln Memorial reflection. 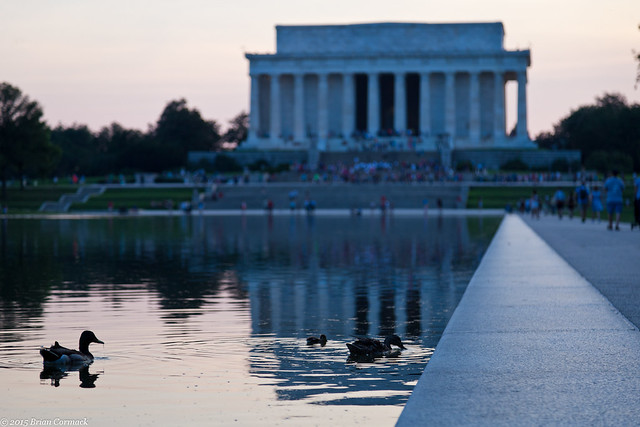 It was starting to get dark as I headed back to the Lincoln Memorial, which was still packed with people. From a distance, the crowds of people moved across the marble like a horde of ants. 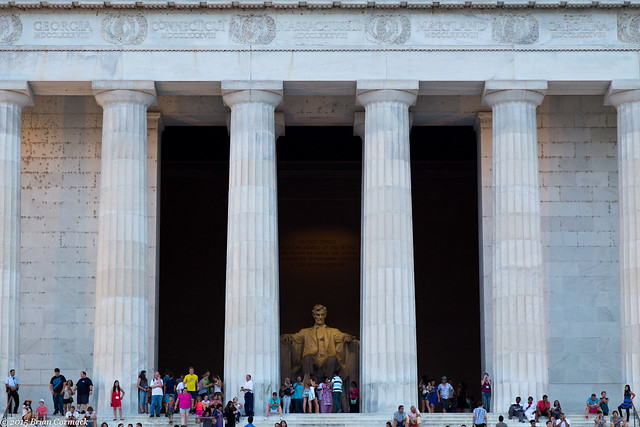 I wanted to get a shot of the Washington Monument being reflected in the Reflecting Pool. But I didn't have my tripod with me, so I sat the camera on the edge of the Pool, just a few inches from the water. A few ducks, which might have been the same ones I saw earlier, would occasionally float through the shot. 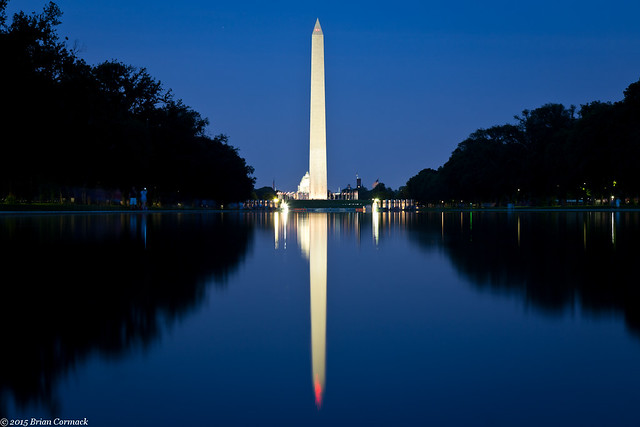 And one last shot of the Lincoln Memorial, which I was amazed turned out ok since it was hand-held. 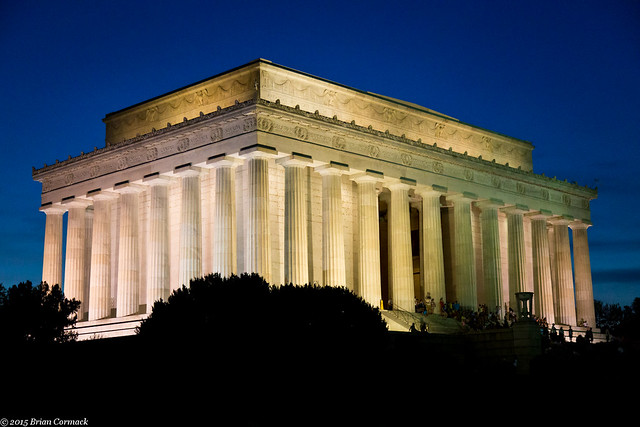 It was a long day, but we would head out again the next day to see a few more sights (including one of the prettiest buildings in all of DC). Next post will be here shortly!
Posted by Cormackphotos at 10:09 PM