Last month, my wife and I took an inadvertent trip across the country.  It started out with what was supposed to be a quick flight to Washington DC (with a layover in Dallas) to start a week-long vacation.  But storms over DC closed the airport, and our flight was cancelled.  So instead of flying out, we got to spend the night in a hotel by the Dallas airport.  We tried to head out the next morning to DC, but all of the flights leaving Dallas were completely booked.  So the airline put us on a flight to Denver, and then another flight to DC.  So we flew a big circle, but eventually made it to DC (just a day later than we planned).

So the next day we headed out in the morning to do some sight-seeing, and headed to the National Mall, where I tried my hardest to refrain from making a lame joke about where the Gap or Old Navy was. Our first stop was the National Gallery of Art, a sprawling museum that stretches across two large buildings. It was one of the highlights of the trip in DC.

The architecture of the National Gallery of Art is grand, including the massive rotunda that was modeled after the Parthenon. The museum was actually designed by the same architect that did the Jefferson Memorial. 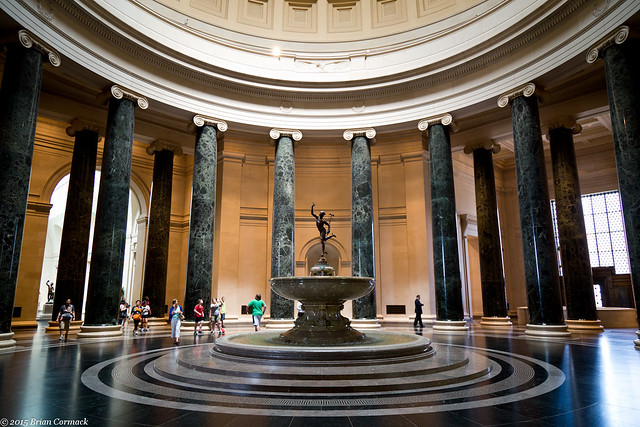 The museum is filled with some great pieces of art by some famous people like Monet, Rembrandt, van Gogh and Leonardo da Vinci. There was even some photography on display (taking photos in the photography gallery, ironically, was forbidden). 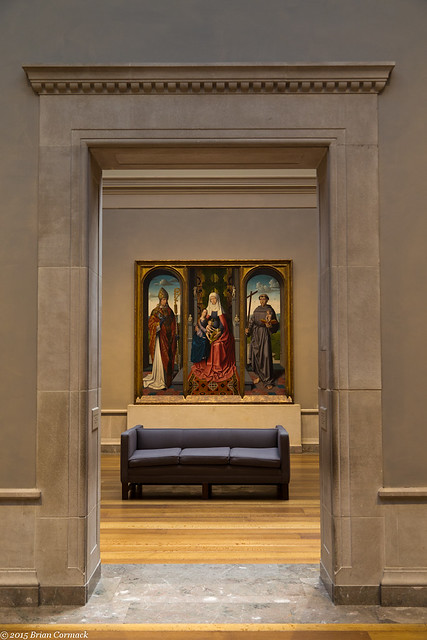 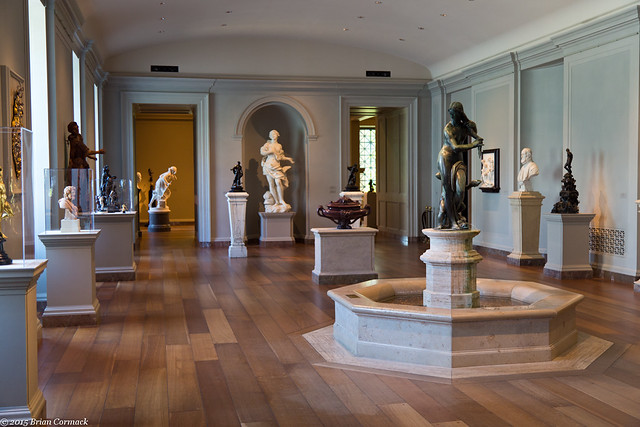 The oldest building here, which opened in 1941, sits on the former site of an old train station. It was actually the site where President Garfield was shot in 1881. Although you would never know from strolling through the museum now. The galleries were were calm and quiet, even with a few noisy tourists walking through. 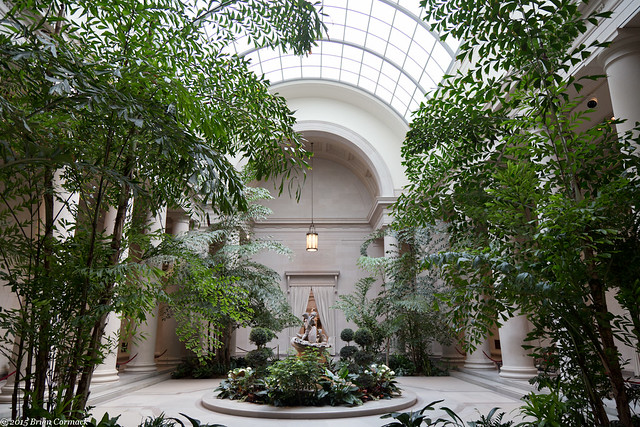 We saw a lot of people there who brought their own canvas and paints, trying to do their own version of some famous paintings. 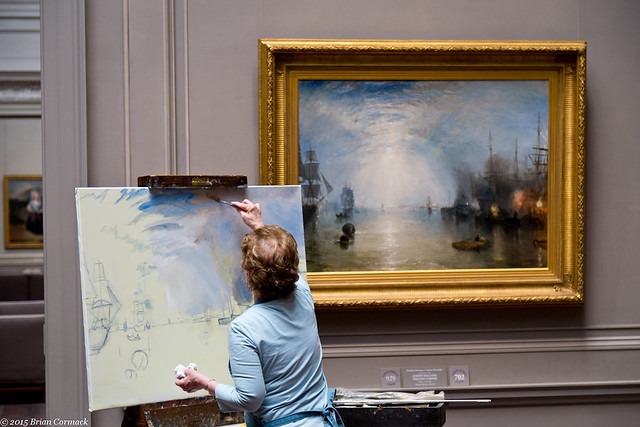 But the majority of people were happy to take the easy way out with a quick cell phone picture. We were in DC for only a few days, but I quickly grew to despise anyone who was walking around with a selfie stick. 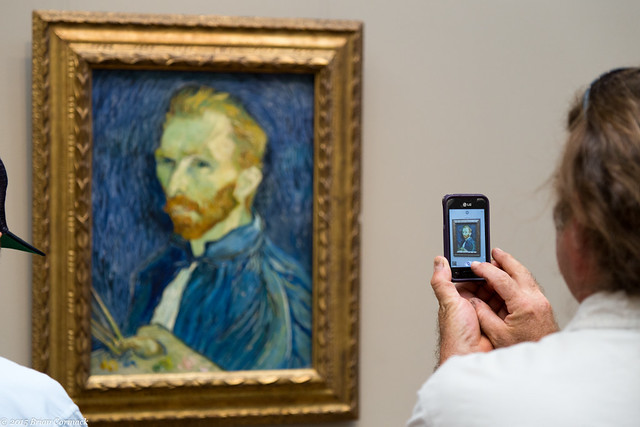 An underground concourse leads to the East Building, the home of the gallery’s modern art collection. The concourse is home to the Multiverse, a 200 foot long light sculpture that is made up of 41,000 LED lights. 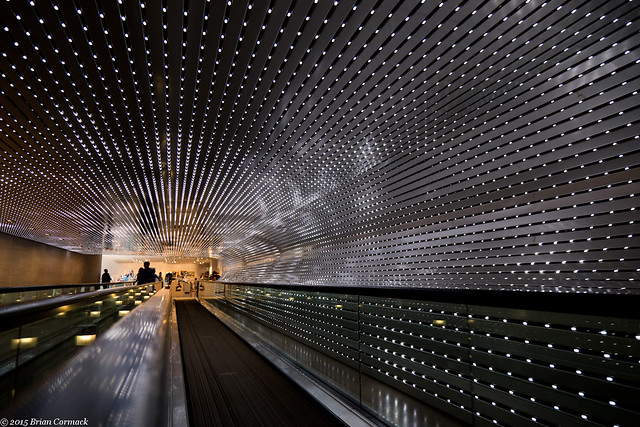 The East Building opened in 1978, with a much more modern and geometric design than the neoclassical architecture of the gallery’s original West Building. The center of the East Building is dominated by a large atrium, with light pouring in from huge skylights. 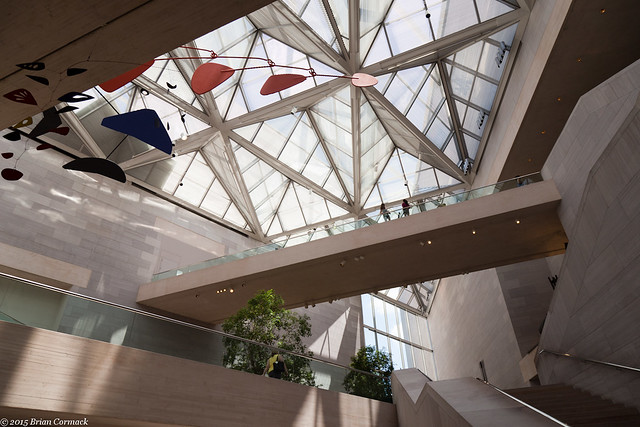 After the National Gallery we walked over to the Smithsonian Museum of American History. This museum is the home to Star Spangled Banner, and other countless artifacts. But it was absolutely packed there, practically filled to the brim with some obnoxious school groups. Not to sound too much like an old person complaining (the teens these days!), but it was a little annoying to see people taking duckface selfies with the hat that Abraham Lincoln was wearing when he was assassinated.

We didn’t stay there long, and I didn’t take many pictures. So instead here’s a shot of the National Gallery that I forgot to post above. 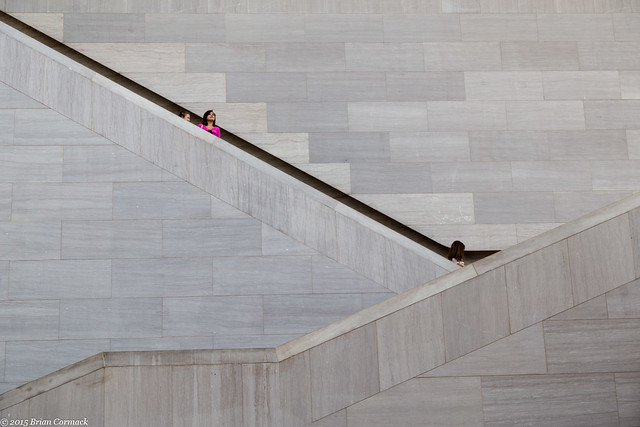 We walked back across the Mall towards the Washington Monument. It's kinda crazy visiting a city like Washington. The buildings and streets here are shown so often on the news, or as the background of a movie, that it feels slightly weird to finally see it all in person. 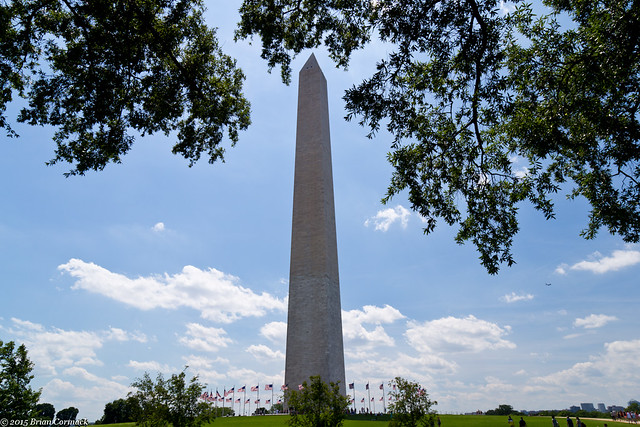 The Washington Monument is much taller than I thought it would be. At 554 feet, it's the tallest stone monument in the world and the world's tallest obelisk. When construction was finally completed, it was the tallest building in the world (the Eiffel Tower would steal that claim shortly after). 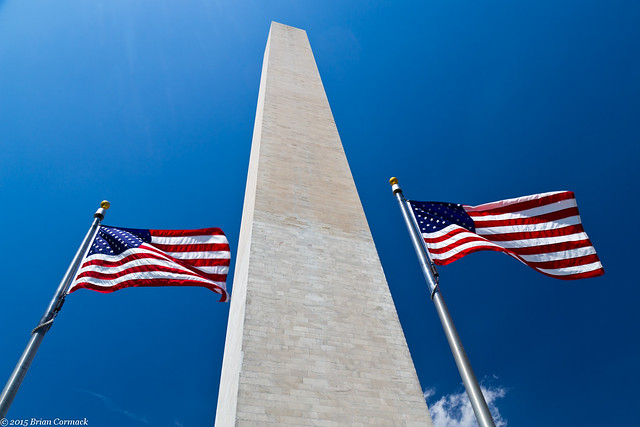 We weren't able to get tickets to visit the top of the tower, since those were booked months in advance. So I had to just walk around the base instead. 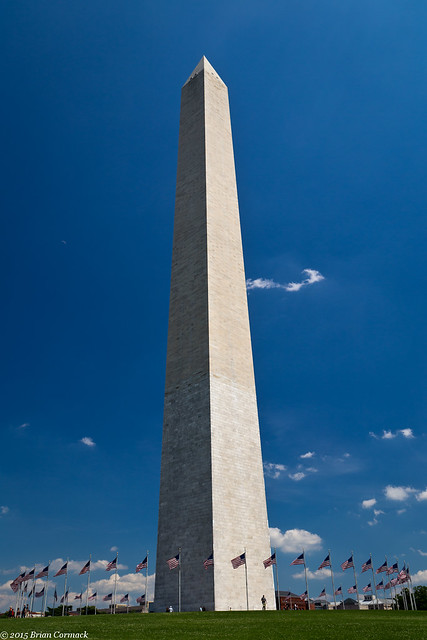 From there we walked past The Ellipse and went by the White House. This is the view of the southern facade, taken through the bars of the fence. Luckily no one tried to jump the fence that day. 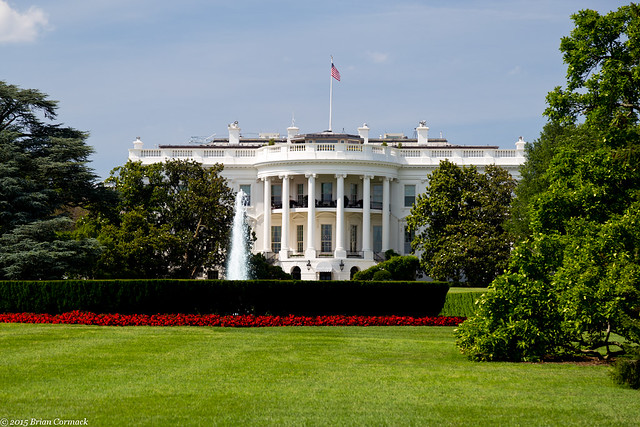 Coming soon! Part 2, with visits to a few other memorials and monuments....
Posted by Cormackphotos at 10:18 PM