Later on that morning, we headed out to visit the Field Museum. The Field is a massive museum, actually one of the largest natural history museums in the world. 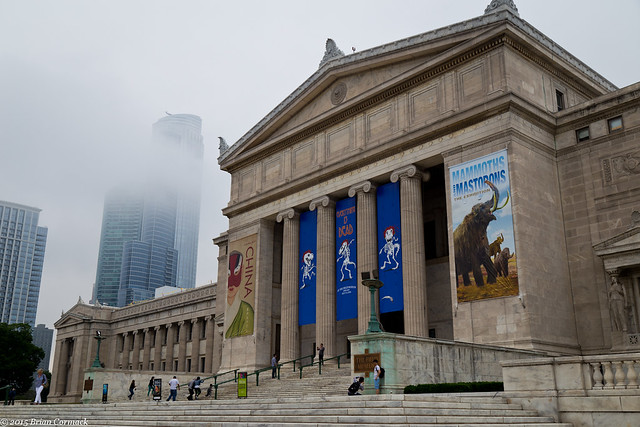 And having just watched Jurassic World, we had to of course go and pay a visit to Sue. Guarding the first floor of the museum, Sue is the largest and best preserved Tyrannosaurus rex fossil ever found. She was uncovered in South Dakota in 1990, and is about 67 million years old. 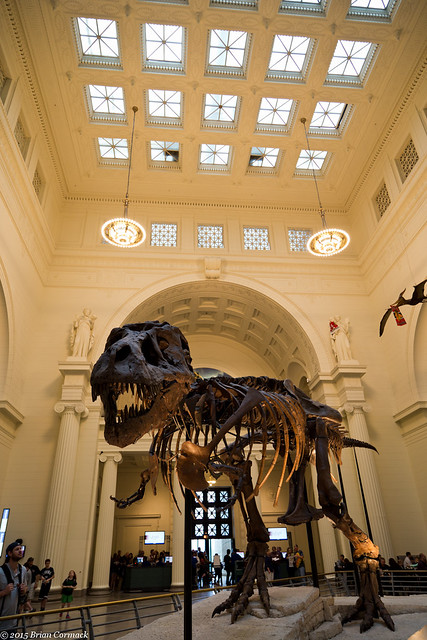 From there, we headed over to the Willis Tower (formerly the Sears Tower). Since this was once the tallest building in the world, the views from the observation deck (on the 103rd floor) are pretty good. 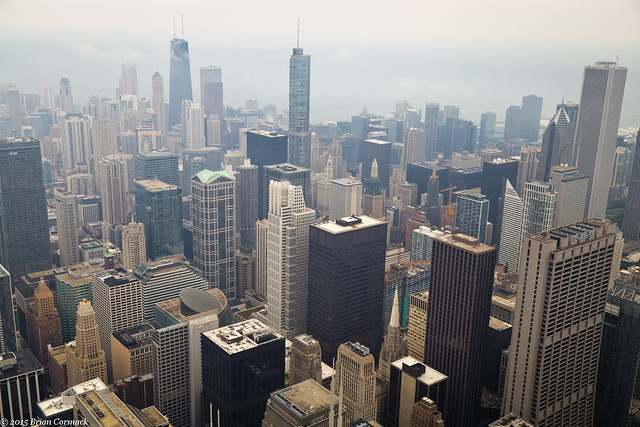 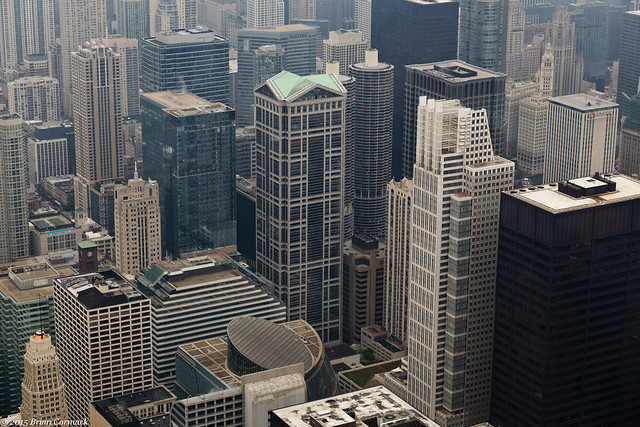 It was raining when we were there, but the weather didn't obscure much of the city skyline. The spires of the Hancock and the Trump towers rose up high above the city. It's amazing to see all of the various types of architecture on display in Chicago. 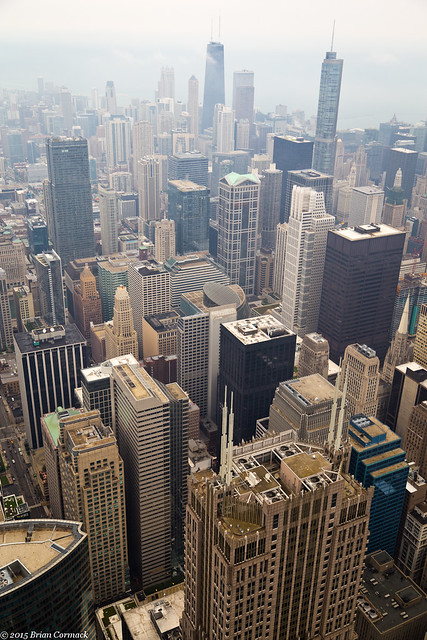 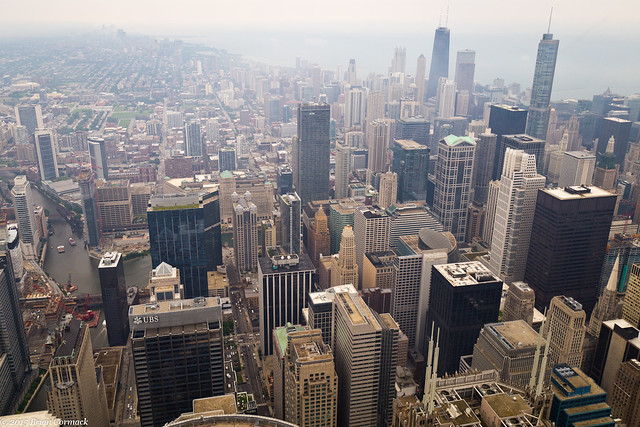 The observation deck has three glass boxes which stick out four feet from the side of the building. It's not a good spot for people who are scared of heights, since they are 1,353 feet above the street below. 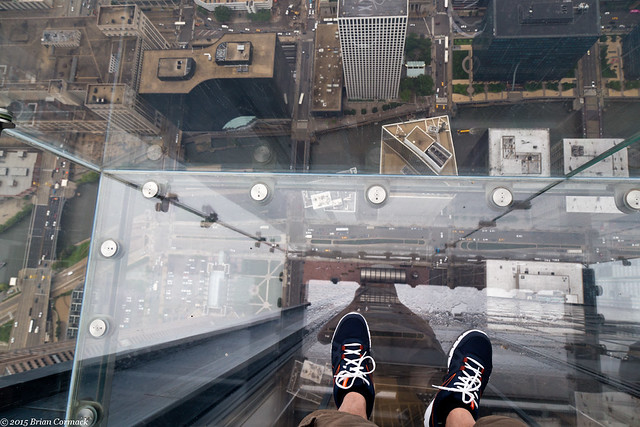 This was taken a few hours later at dusk, from the window of our hotel room. It was raining, and Michigan Avenue was reflecting the bright city lights above it. 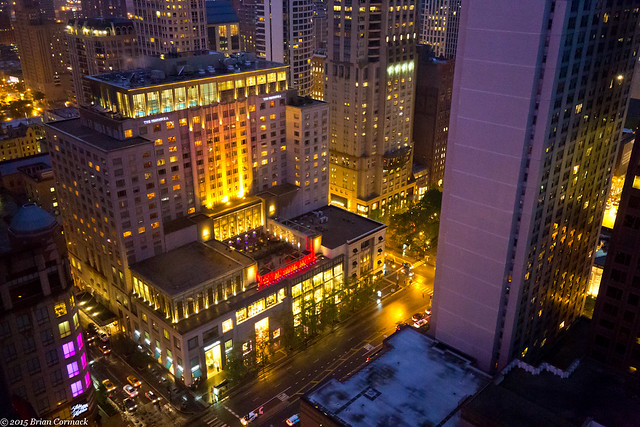 The next day was our last in Chicago, we would fly out in the afternoon. But we had a little bit of time before having to go to the airport. So we walked over to the Hancock Tower and visited the observatory there. 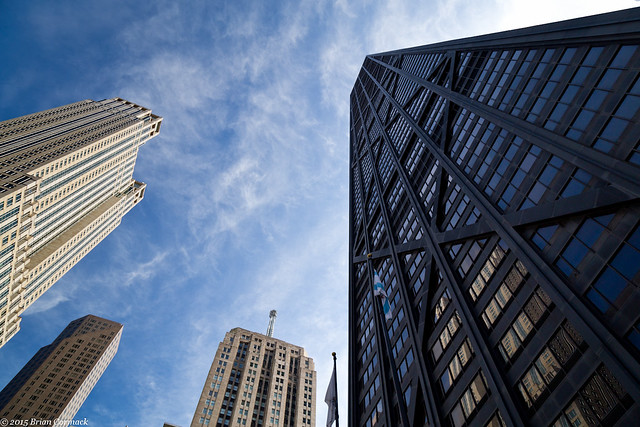 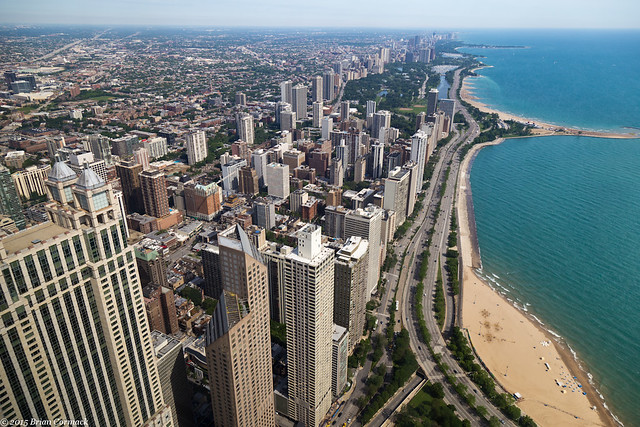 It was also the first time on our visit to Chicago that it was sunny. Although we really couldn't complain about the weather. The high temperature for most of our time in Chicago was in the 60s, a nice contrast to the high temps back home. 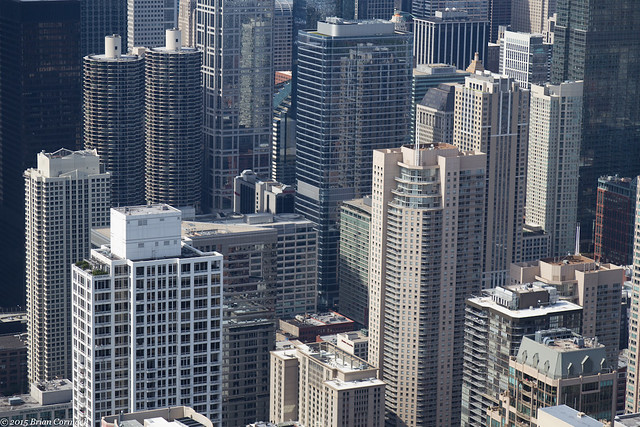 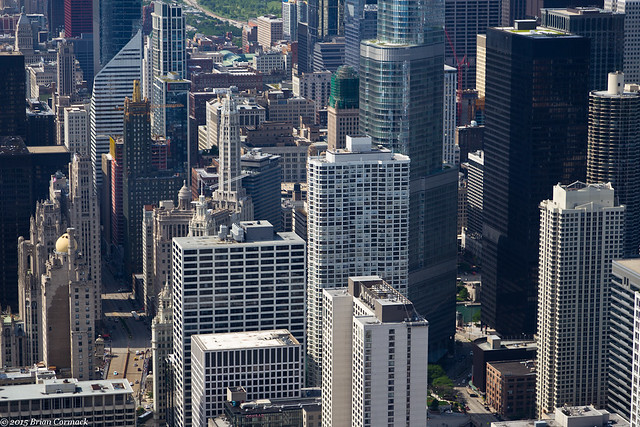 The view looking down on the old Water Tower, which is dwarfed by all the tall buildings surrounding it. 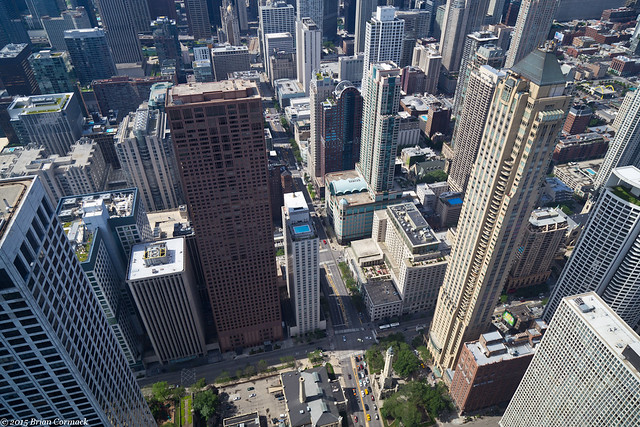 And a wide view, looking across downtown and the lake. 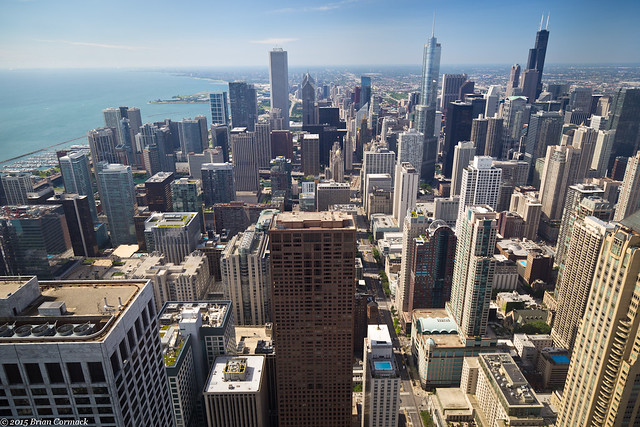 And one last shot from Chicago, of the old church that sits in the shadow of the Hancock Tower. 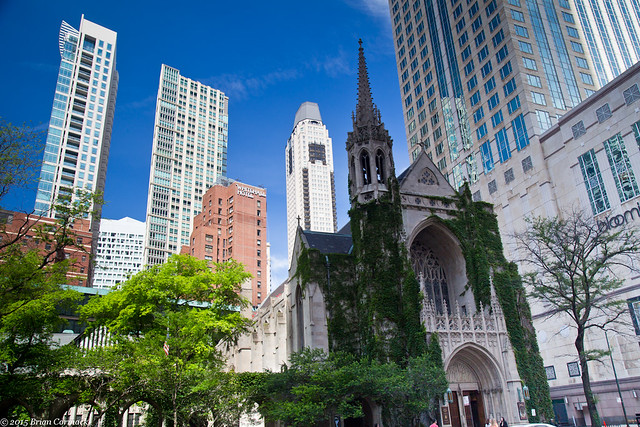 From here we left downtown and made one last stop at a brewery tour of one of my favorite beers before arriving at the airport. It had been a long week, with a lot of walking across DC and Chicago. Thankfully there wasn't any more airport drama and our flight back to Little Rock was short and uneventful. And while I wasn't necessarily ready to get back to work, it was nice to get back home to our two dogs (who were happy and spoiled by our dog-sitters).
Posted by Cormackphotos at 10:22 PM