The main reason for taking our trip was to attend a U2 concert in Chicago. So that night we headed out to the United Center to catch the show. I've been lucky in that I've been able to attend a few of their shows over the years (and they are an amazing band to see live), and this one ranks as one of the better concerts I've seen. 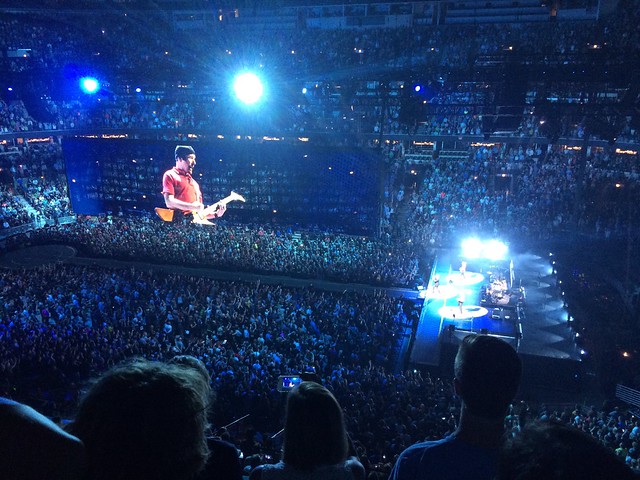 I wanted to find some time to take some city pictures of Chicago around dusk, but we were too busy and I couldn't make it happen. So the only alternative was to wake up extra early and try to take pictures before sunrise. I am definitely not a morning person, so I hated the alarm clock with a severe passion when it went off at 4:30 am. But I sleepily grabbed the camera and tripod and headed out to try to take a few pictures. 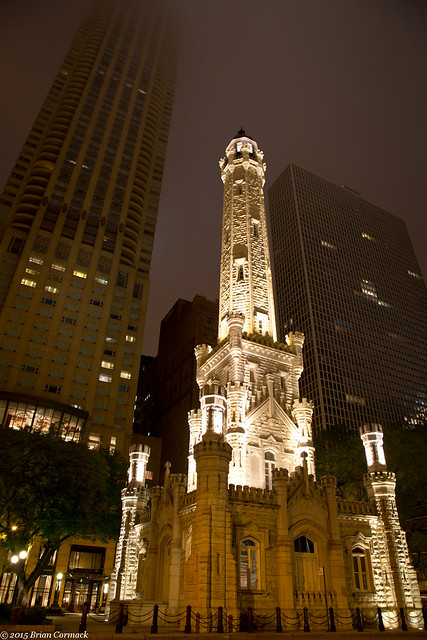 The streets were quiet, with only a few cars driving by. The only people out were working, getting stores ready to open or cleaning the sidewalks. It was nice to be able to take pictures without having to worry about crowds of tourists getting in the way. This is the view of the river, by the Wrigley Building. I liked this angle because it was the one where the "TRUMP" logo was the least obnoxious. 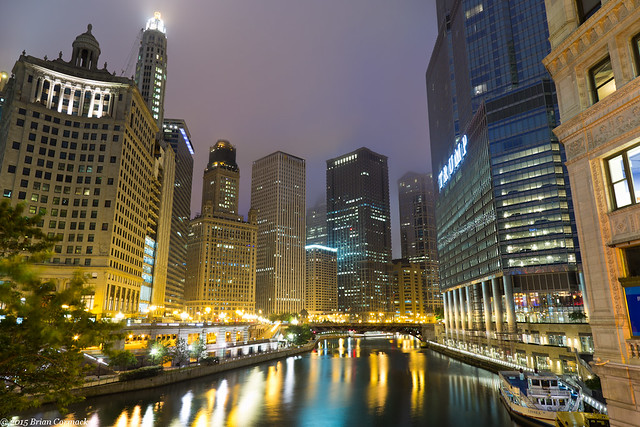 And the view from across the river, looking back at the Wrigley Building and the Tribune Tower. 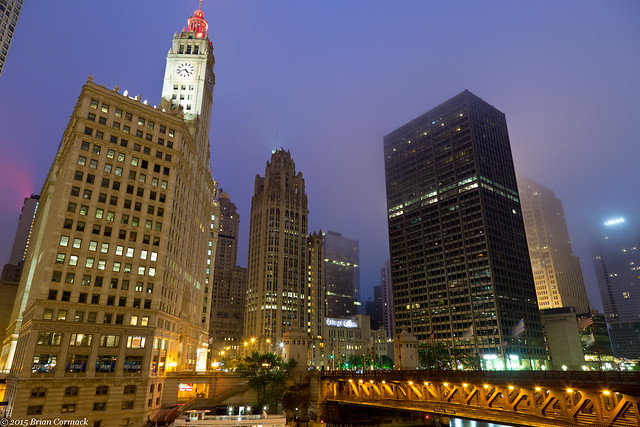 And the view of the Chicago River from the side of Wacker Drive. 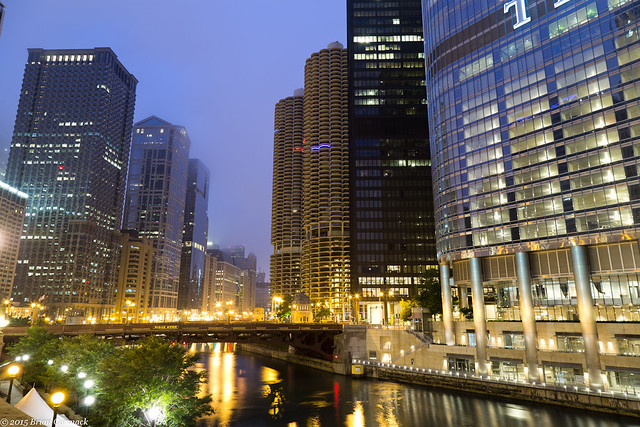 And the view from the Wabash Avenue Bridge. Although it was foggy and cloudy, I still tried to hurry to get photos before the light got too bright. 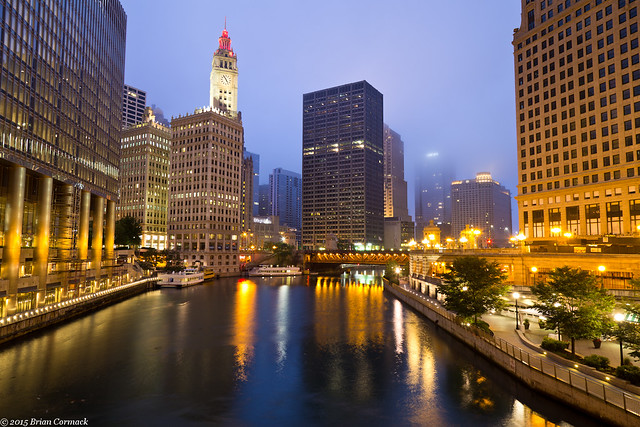 It was hard to get good photos from here. Traffic was starting to pick up, and all the cars driving by were causing the bridge to move. 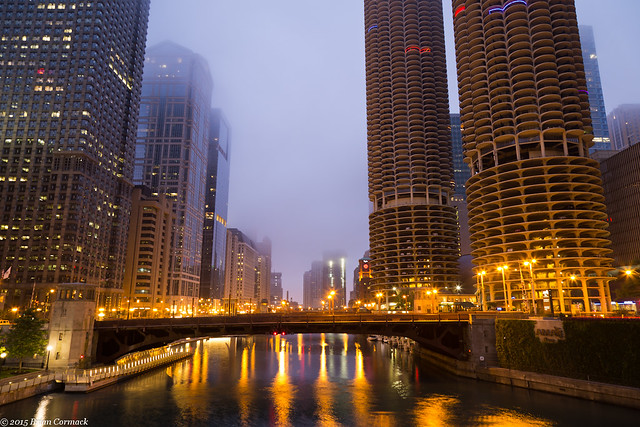 I headed back towards the Michigan Avenue bridge, which actually dates to the 1920s. The artwork on the bridge was finished in 1928, and has sculptures that show scenes from Chicago's history. This one shows workers rebuilding the city after the fire in 1871. The Wrigley Building sits in the background. 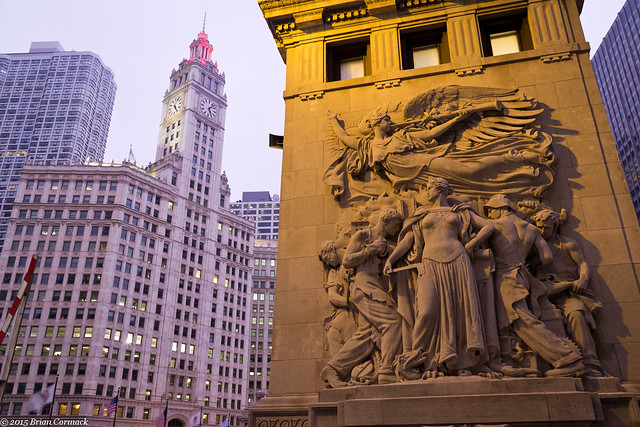 And the view from the Michigan River Bridge, as fog continued to cover the tops of the buildings. It would rain that day, and the high temperature only got into the 60s (a nice contrast to back home, where it was nearly 100). 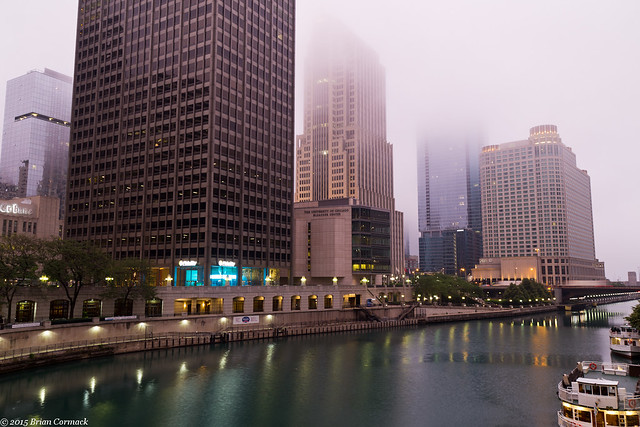 And one last shot, of the Wrigley Building and the Trump Tower. The fog hides the top of the Trump Tower, which is actually the fourth tallest building in the US. 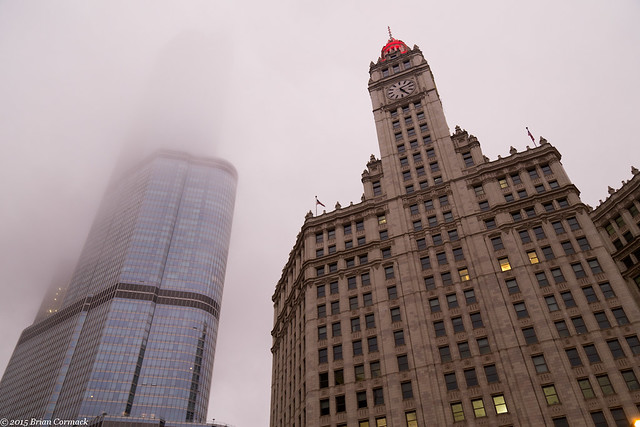 After that I walked back to our hotel and tried to get some more sleep. After getting some rest, we headed out to do some more sightseeing. More on that, coming soon!
Posted by Cormackphotos at 10:20 AM