I haven't really taken many pictures of one of the most famous buildings in Little Rock - Central High School. It's a grand old school, built back in 1927. When it opened, it was considered to be the "most expensive, most beautiful, and largest high school in the nation." But Central would become infamous when the city tried to desegregate the school in 1957, but the crazy governor of Arkansas called out troops to prevent the nine African American students from entering. President Eisenhower sent Army troops to Little Rock to escort the students to the school, making it one the first big Civil Rights battles. 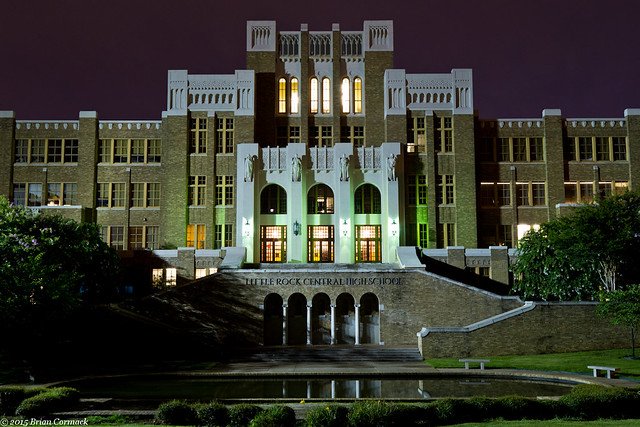 Sixty years later, Central High is still a working school and annually ranks as one of the best schools in the state (which part of me hates admitting since Central was my high school's big rival - go North Little Rock Charging Wildcats!).
Posted by Cormackphotos at 11:31 PM