I had a free evening, so I decided to go and try to take a few pictures. It was a stormy night, which resulted in a pretty dramatic sunset. This is the view from the Clinton Library, with some clouds being lit up by the sunset. 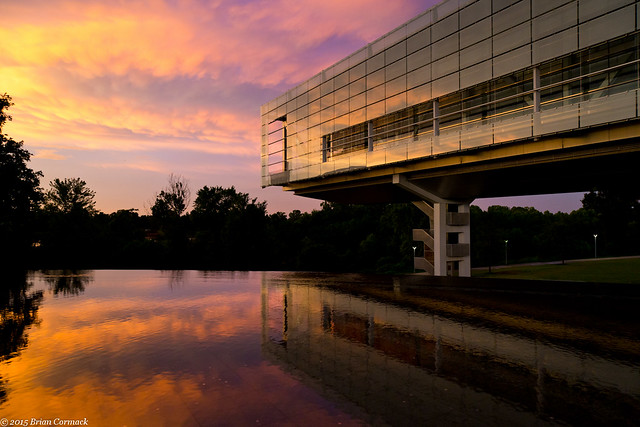 And a view of the Arkansas River and a distant storm, from the Clinton Park Bridge. The storm here is actually above the town of Danville, which is about 75-80 miles away. 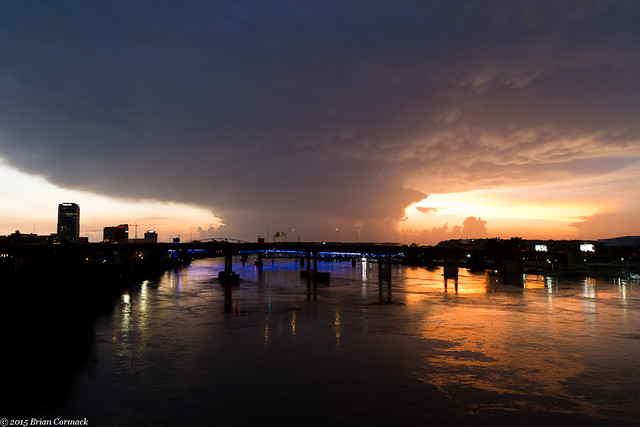 And another shot of the front of the Clinton Library, with a dinosaur. There is a dinosaur sitting in the fountain because the Library is currently hosting an exhibit about dinosaurs. 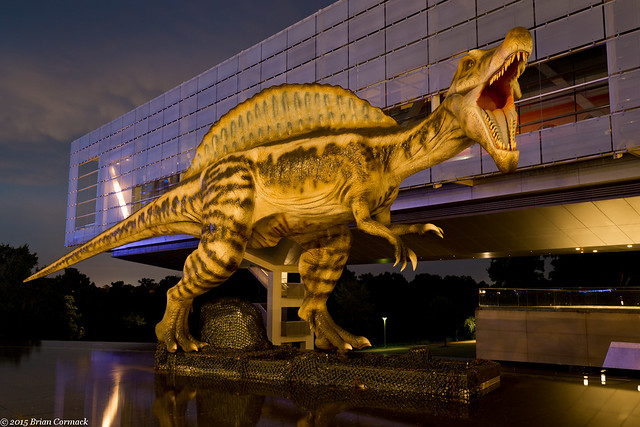 The exhibit has several dinosaurs placed throughout the museum, although I feel like they could have done better. How about videos of members of the Clinton Administration quoting lines from Jurassic Park (with Janet Reno, for example, saying "Hold on to your butts"). Or to have the animatronic dinosaurs placed in different parts of the museum (why not have a velociraptor sitting behind the desk in the replica of the Oval Office?).
Posted by Cormackphotos at 10:01 PM