A few weeks back, we camped up by the Buffalo River with some family. We stayed at the JB Trading Co. by Compton, which offers a bougie camping experience with platform tents or even tiny homes. It's also conveniently located to the Buffalo, with Ponca and Boxley just about 20 minutes away.

So on Saturday afternoon, I took my nephews for a tour of some of the Greatest Hits of Boxley Valley. It was also a good excuse to take the infrared camera out again and get a few more pictures of the beautifully picturesque valley. The first stop was the area by the trailhead for the Buffalo River Trail. There you'll find this old barn, which was built in the 1920s. 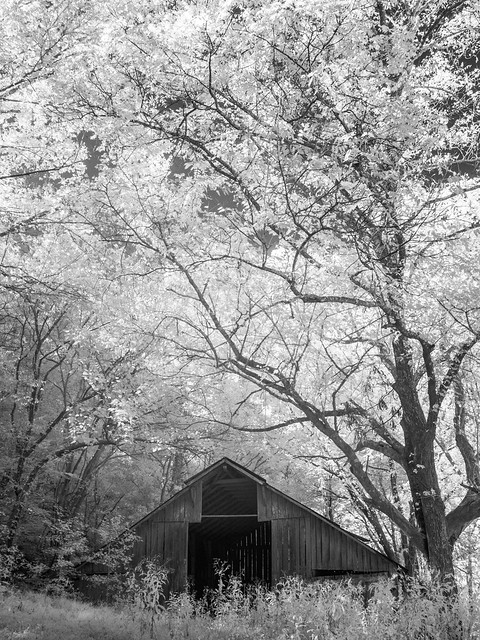 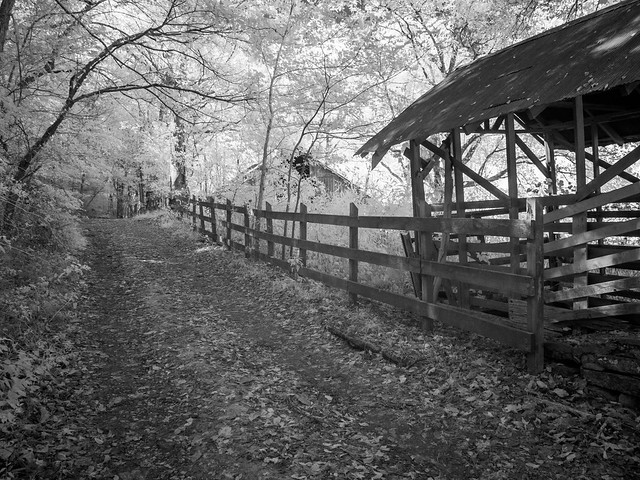 Nearby is this little structure, which might have once been an old root cellar? 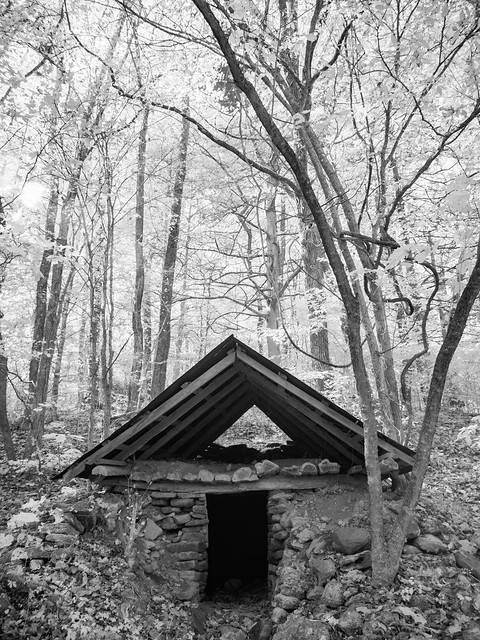 We made a short detour up Cave Mountain to check out the view from Hedge's Pouroff. The waterfall wasn't running, but the view from the edge of the bluff (which is guarded by this ancient cedar tree) was still worth the drive. 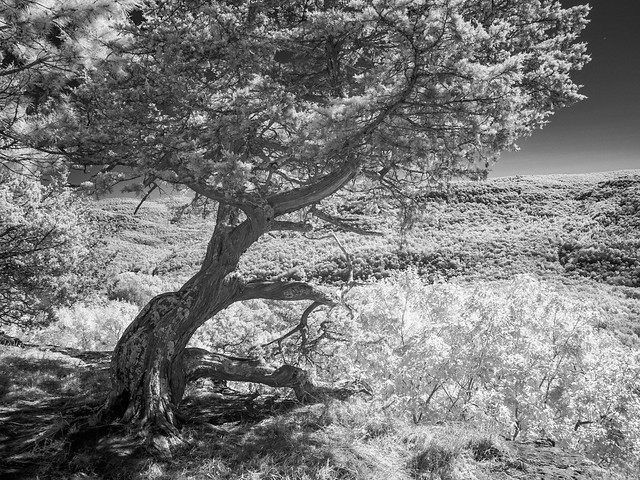 We headed back into the valley and made a quick stop at the old Boxley Baptist Church (built 1899). 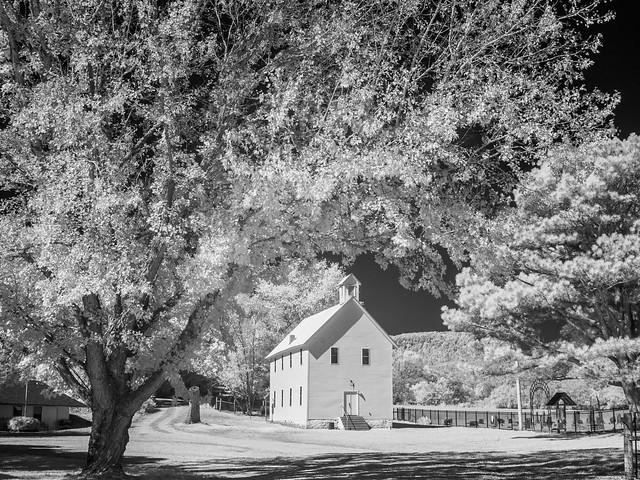 Nearby is this dirt road, which runs by an old barn and onto some private property. 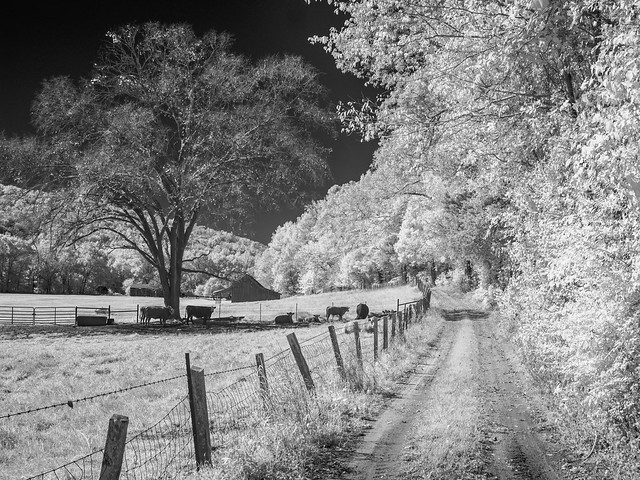 For a little comparison, this is the same view on a foggy day in color... 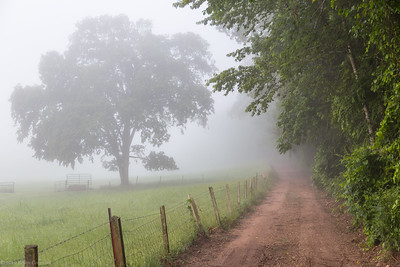 Boxley Valley has maybe the highest concentration of old barns in the state. It's tempting to stop at every single one to take pictures. 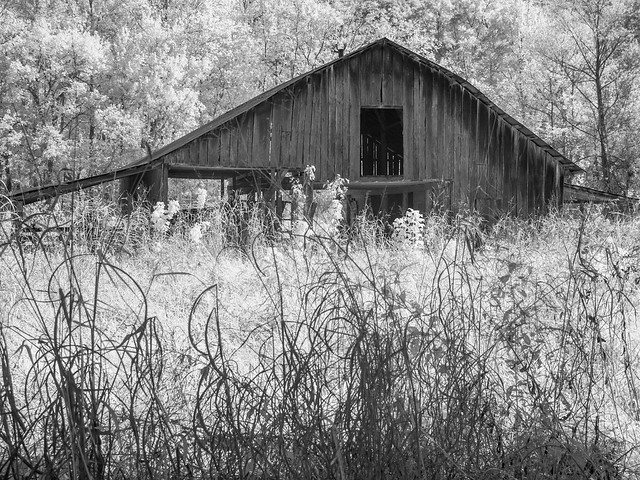 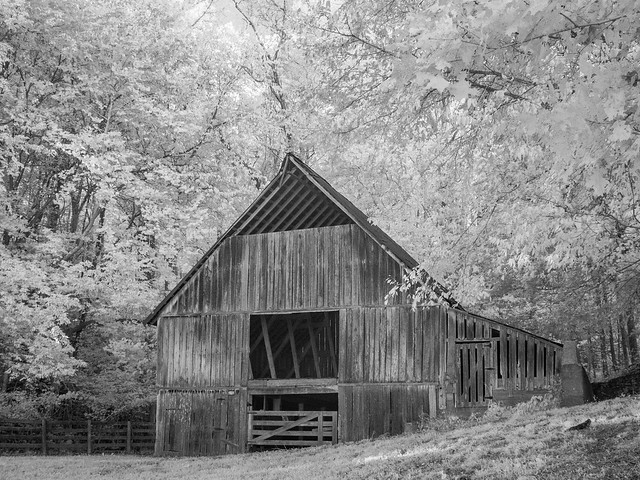 Tucked away in the woods, almost completely hidden from view, is this old springhouse: 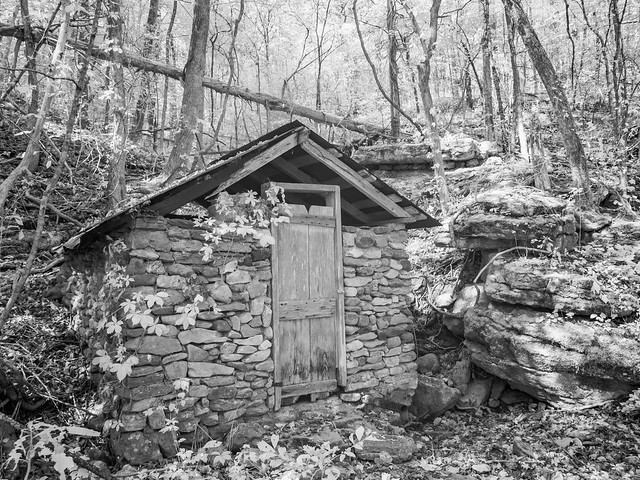 For another comparison, here's a shot of the same springhouse with a waterfall running beside it (taken right after a heavy rain): 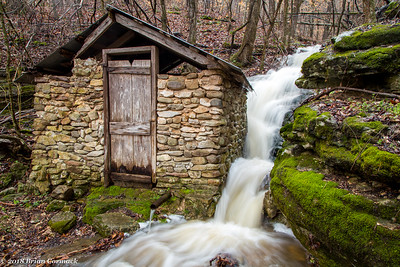 This row of trees were growing next to a cemetery that contains the oldest marked grave in the Valley (1848), which is also the final resting place for many of the original settlers of the Valley. 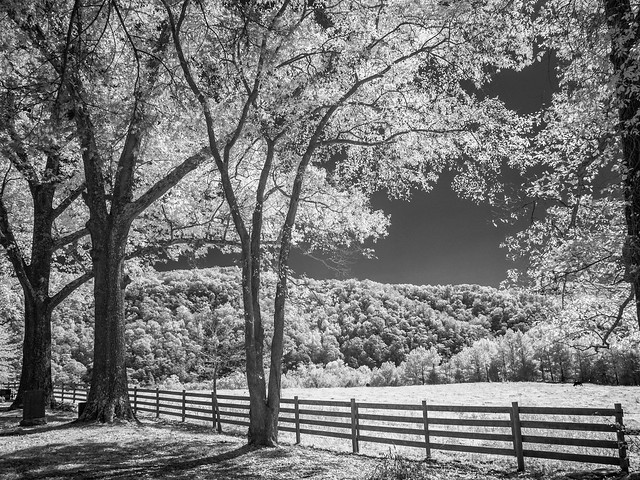 At the end of the Valley sits the old Villines homestead, which was built between the 1850s and the 1940s. The oldest building is the two-pen log house, which is believed to have been constructed in 1854. 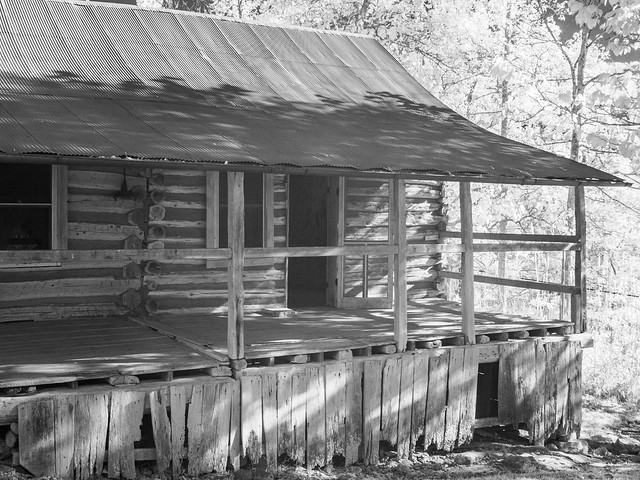 There are signs on the house asking people to not enter the fragile interior, so this was taken while peeking through the open door. You can see an old (and not very comfy-looking) bed, along with squares of light coming through the window. On the wall are bits of newspaper, which was used as insulation back in the olden days. 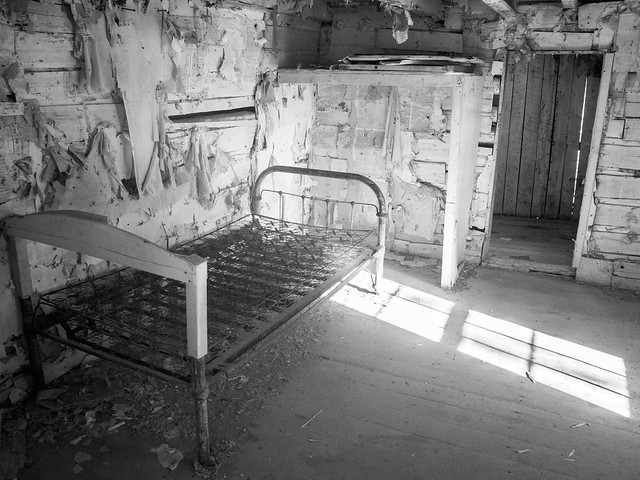 Down the hill from the home was the old barn: 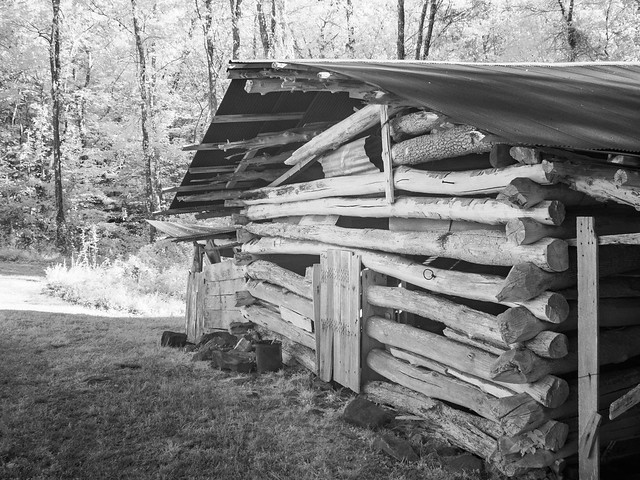 Nearby was this old barn, which was also built in the 1850s. It was originally a home, but was converted into a barn sometime in the 20th century. 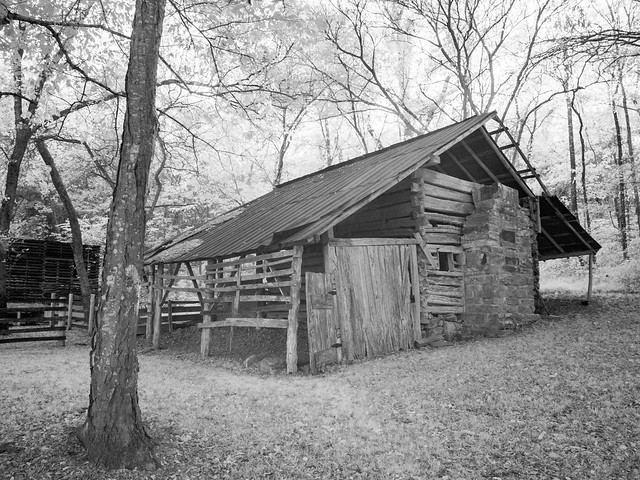 And one last shot. We headed over to the Steele Creek access on the river. The light and shadows along the river didn't look great with the infrared camera. But I did manage to at least get this shot of the smooth and scuplted river rocks along the shore: 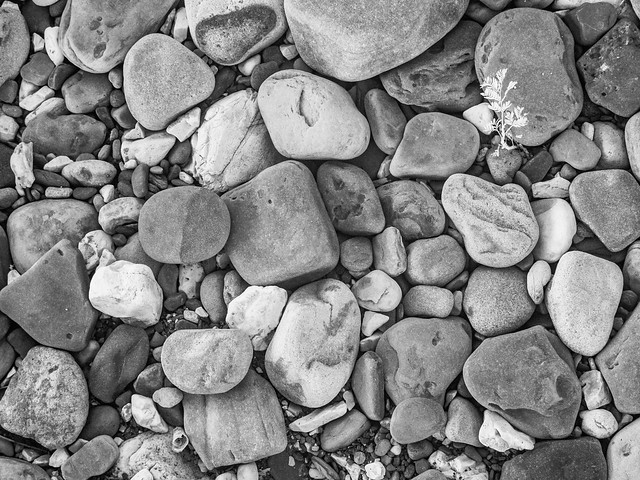 Posted by Cormackphotos at 10:57 PM