From Chewaukla, we travelled back into Hot Springs National Park where we made a quick stop at the old electric mill on Stone Bridge Road. 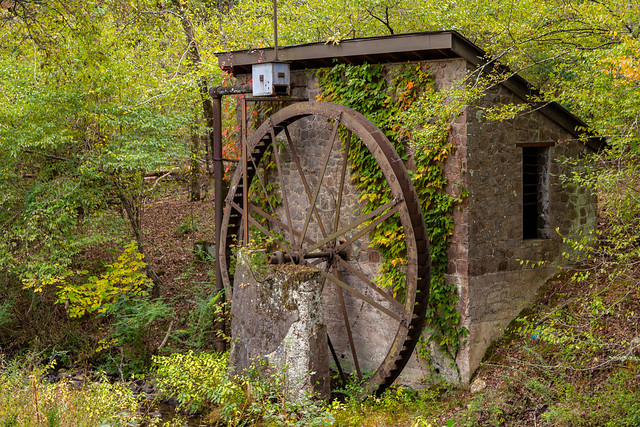 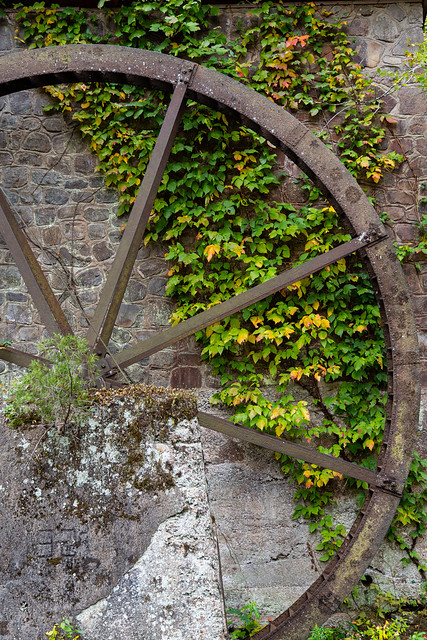 The mill was built in 1921 and was used to generate electricty for a nearby house. The home and mill were both built by the Fordyce family (which if that name sounds familiar, they also built the Fordyce Bathhouse on Bathhouse Row). 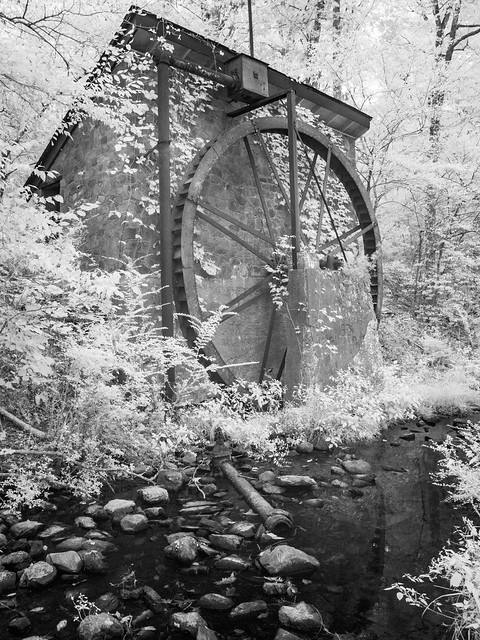 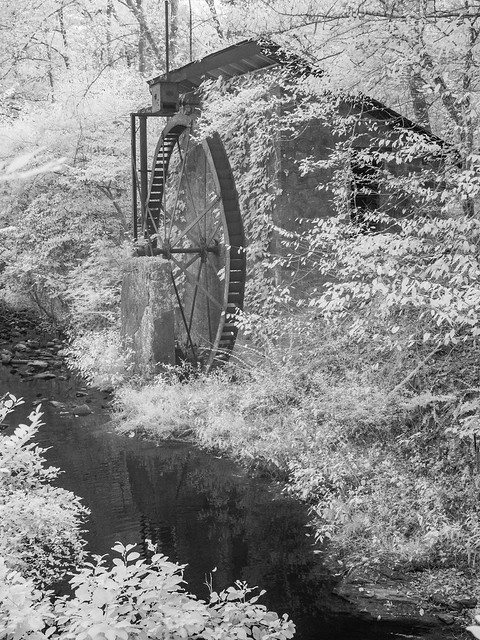 To get into Hot Springs we headed down Hwy. 7 (or Park Avenue), which runs by a few old motels. One of those is the Tower Motel, which gets its name because it sits by an old Victorian home (built 1901) which has a distinctive tower. The home, with the motel next to it, does give off a certain Bates Motel vibe. 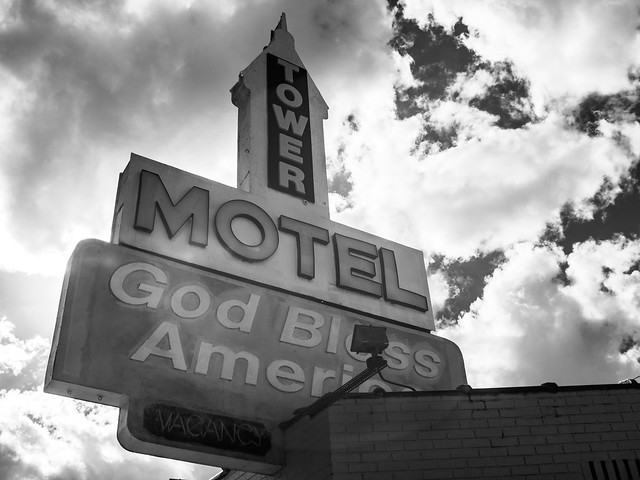 Just down the road is the old Park Avenue Motel, which features this old neon sign. It looks like the building is now used for apartments. 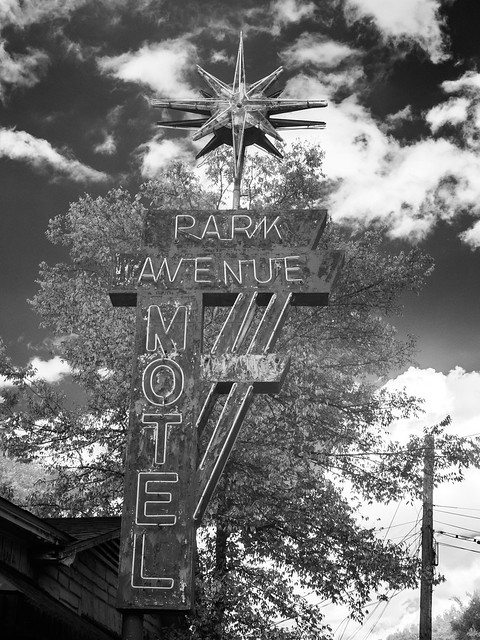 I turned onto Fountain Street to look for a place to park. Nowadays, most people hurry down this street to reach the road that heads to the Hot Springs Mountain Tower. But this area has a history, which is mostly hidden and forgotten now. This area was known as Happy Hollow. It supposedly got its name from African Americans who lived in nearby mountains who would come here in the 1870s to do washing in the springs. According to the Encyclopedia of Arkansas, they would sing songs of praise as they worked. Church services and revivals were held here, which because of the rejoicing, led to this area being named Happy Hollow.

In the late 1800s, an amusement park was established here. The park contained a zoo, a shooting arcade and a souvenir shop. It was also a place to get those cheesy photographs made, where people would look like they were sitting in an old bath tub, riding a donkey or sitting at a bar. The amusement park operated until the 1940s, but there isn't much left now. There is an old motel here called the Happy Hollow Motel that is still operating. The rest of the valley is occupied by the Park Motel and for parking lots that seem to be used for the Arlington Hotel. There is also this old motel, which sits empty and abandoned. 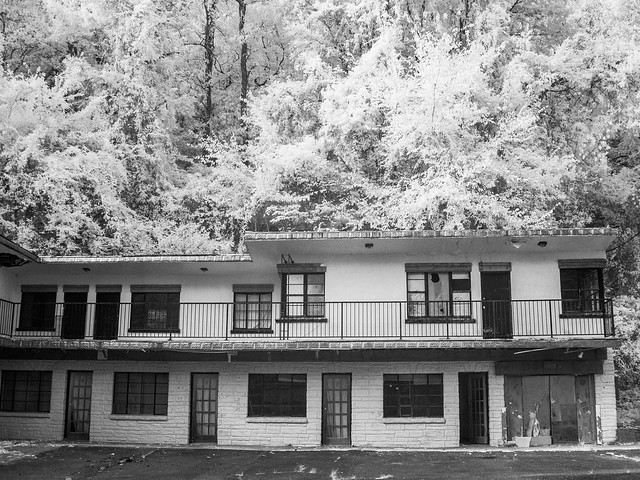 Along Fountain Street you will also find the start of the Grand Promenade, which runs behind Bathhouse Row. 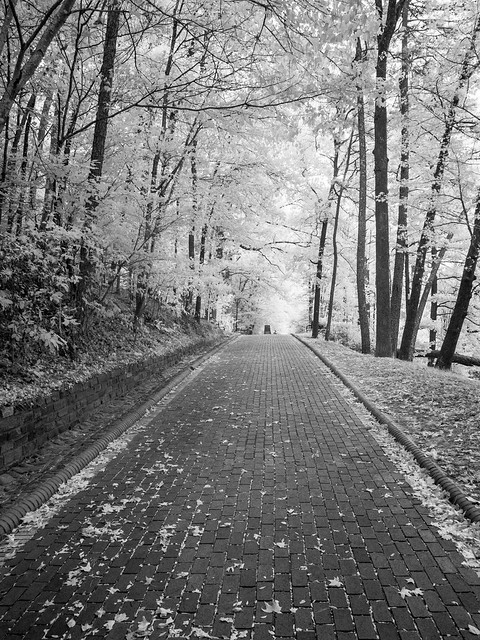 Fountain Street runs into Central Avenue right at the feet of the imposing Arlington Hotel. 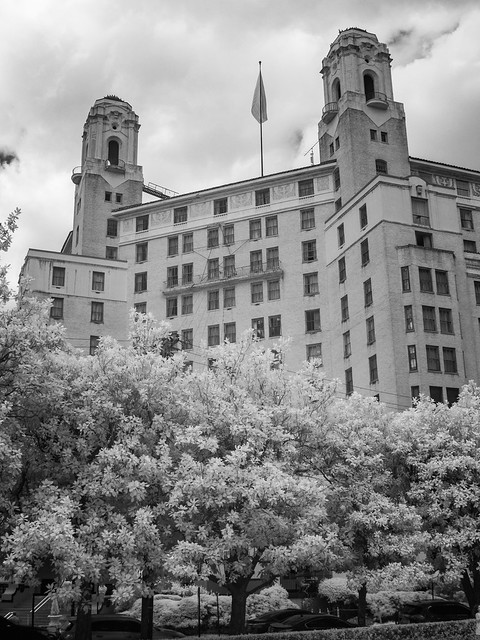 The current Arlington was built in 1924 is one of the most iconic hotels in Arkansas. Throughout its history it has hosted a wide range of guests, like Babe Ruth, Al Capone, Franklin Roosevelt, Harry Truman, Tony Bennett and Yoko Ono. The old place will soon undergo a much-needed rennovation. 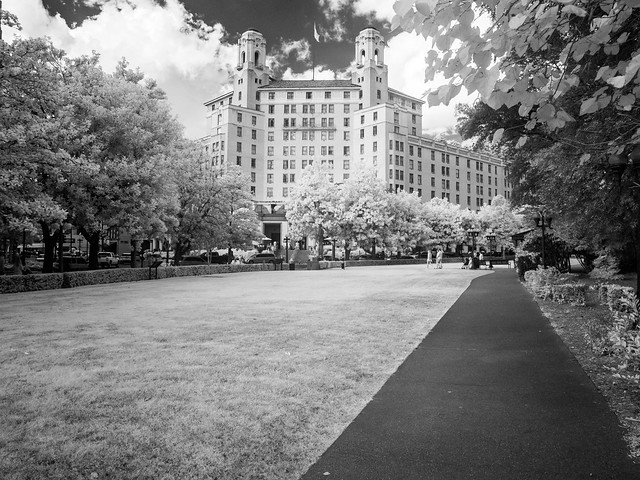 Across the street is the old Medical Arts Building, which was built in 1929 and has been mostly abandoned for decades. But it was recently purchased for $1.175 million and will soon become an upscape hotel. 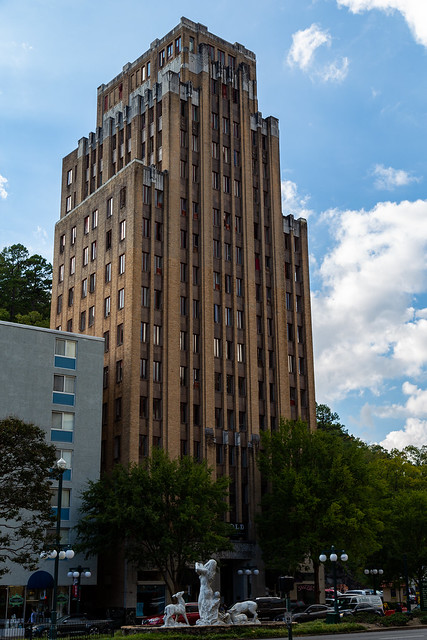 Later one we drove up one of the mountain roads that provides views overlooking the city, and buildings like the old Army and Navy Hospital. The massive hospital was built in 1933, and recently was used by the state of Arkansas as a Career Training Institute. But the state closed the institute in 2019, and the building has been empty ever since. Last year, Preserve Arkansas included it on their list of Most Endangered Places. The old hospital dominates Hot Springs, and it's sad and dismaying that it is now left empty. Hopefully it doesn't meet the same fate as the Majestic Hotel. 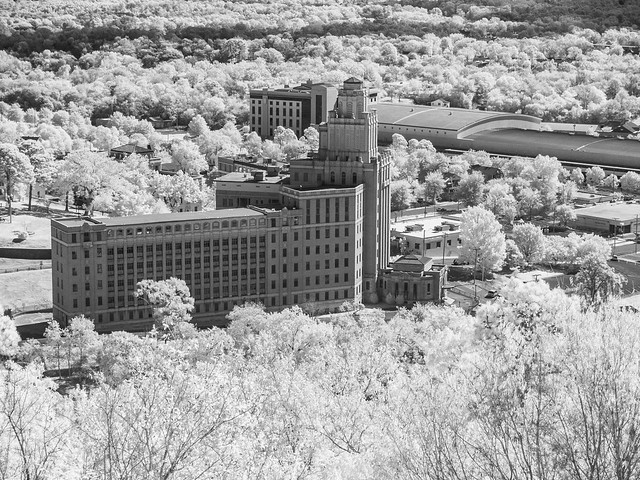 Heading back down the hill, we stopped to get one last shot at this old house by the Arkansas School for Math and Sciences. The house looks like it has been abandoned in the past, altough it sits in such proximity to the school that it looks like it's being used for something (storage, maybe?). Hope they take care of this one too. 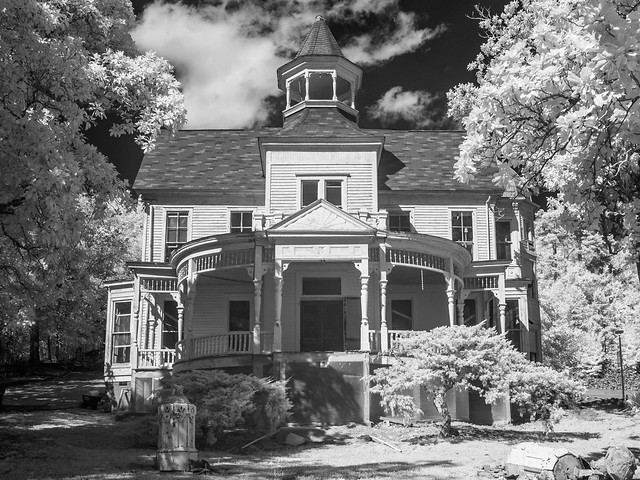 Posted by Cormackphotos at 10:45 PM