Out In The Woods

It's amazing what you sometimes find while out driving through the woods of the Ozarks. The other weekend I had met up with my good friend Zack, and we were driving off to go hiking to a waterfall. We took the scenic route, and went by this nice view of a field surrounded by mist and fog-covered mountains. 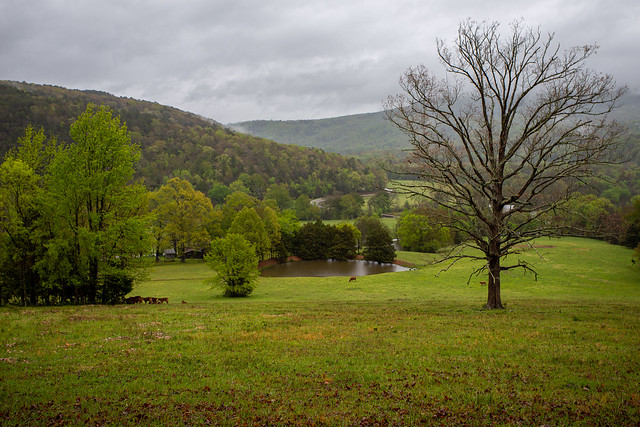 We then headed down a dirt road, and passed by a large two-story wooden structure. It was an old double-dogtrot building, with weathered and faded wooden boards that were being covered with vines. 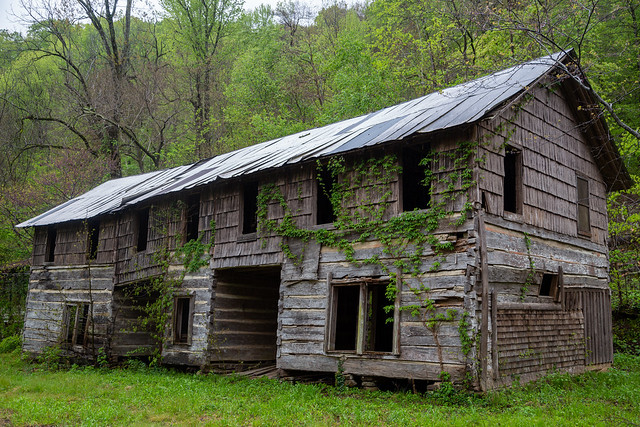 It was part of a small complex of abandoned buildings. It turns out that we were by Diamond Cave, which used to be a popular tourist attraction. The cave has been described as being a "natural wonder," with "stalactites, columns, and stalagmites running many miles into the mountain." The cave was opened for tours in 1925, and would soon be home to a hotel (which was the two-story dogtrot building), a campground, a restaurant, an outdoor pavilion and even a skating rink. 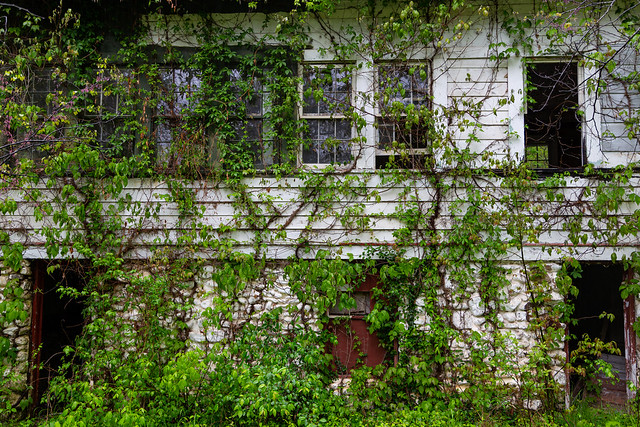 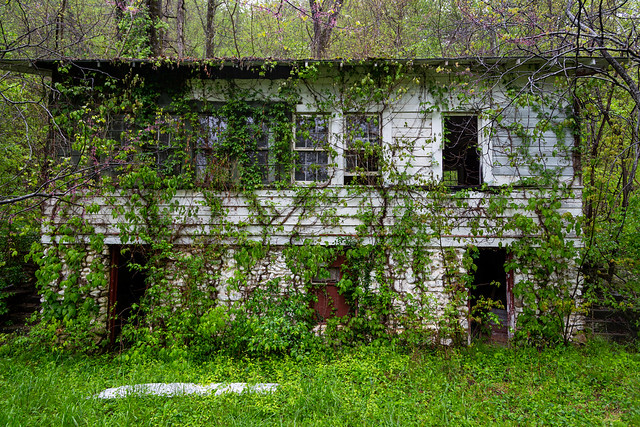 The cave has also been called one of the prettiest caves in the state, and it operated as a tourist attraction until the mid-1990s. 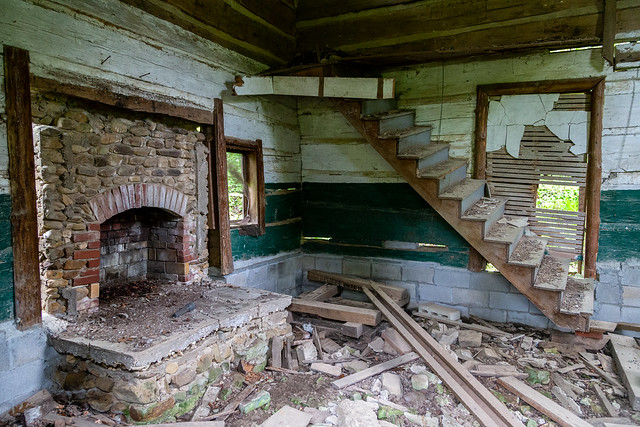 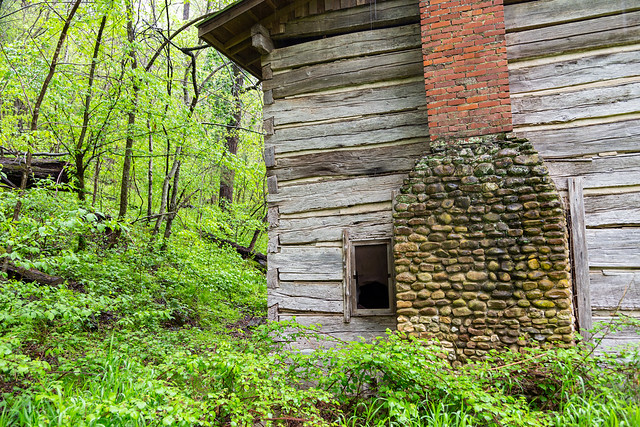 The land is now apparently privately-owned, and the cave is closed in order to protect its environment. It's amazing how quickly nature can assert its dominance, and how even the most popular of attractions can be left behind and forgotten. 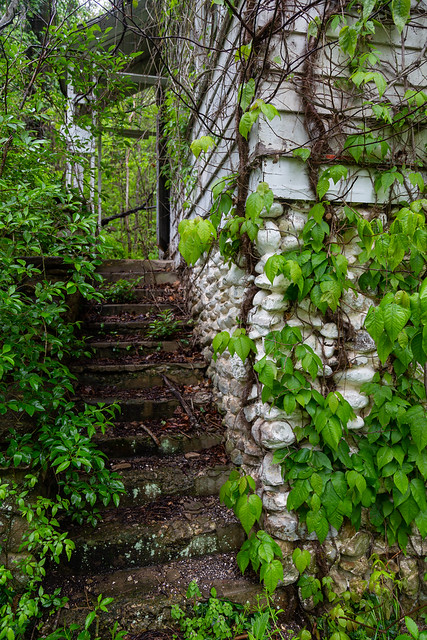 Posted by Cormackphotos at 11:06 PM