From Broadwater Hollow, we decided to take the scenic route and follow a dirt road that cut through the woods towards the Buffalo River. We ended up at Erbie, which was once a small community that sat along both sides of the Buffalo. Not much remains of Erbie now - the historic Parker-Hickman farmstead is on the south side of the river. And on the north side there still stands an old church, house and barn. The church is thought to have been built in 1896, and services were actually held here all the way until the year 2000. 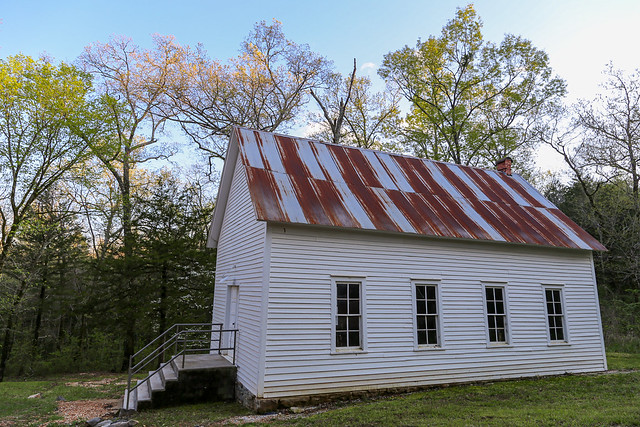 Erbie has a long history. The oldest known settlement along the Buffalo was at the Parker-Hickman farmstead in 1830. The community of Erbie would have a population of about 100 people in 1930. At that time, the town was comprised of about a dozen buildings (which included the church, a post office and a store). One of the buildings that does remain here is this old house, which was built in 1922. 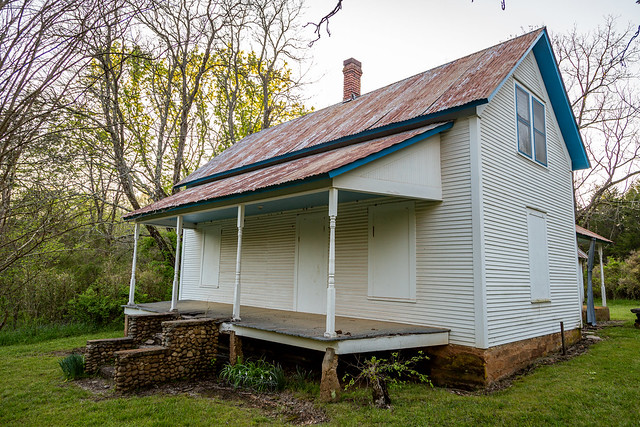 Near the house is this old barn, which was built in 1913. 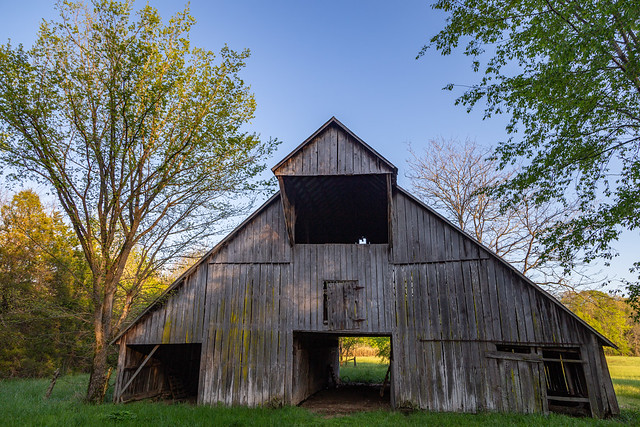 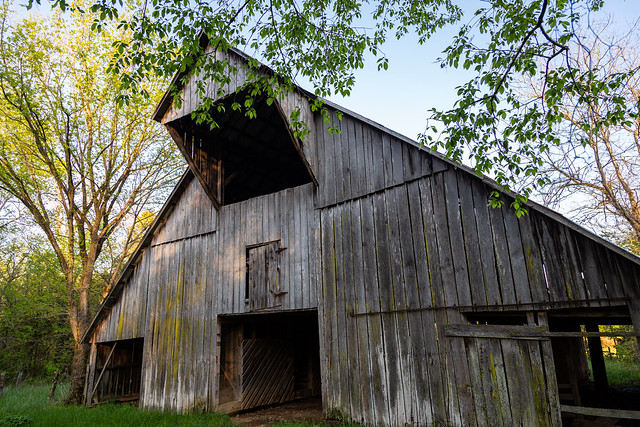 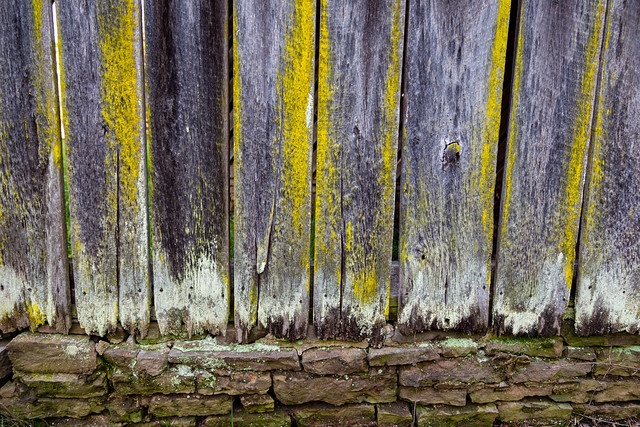 Our original plan was to cross the Buffalo River on the low-water bridge at Erbie, but the river was too high to cross (I'm no expert, but I assume that when the water is so high that there are actual waves going over the bridge that it isn't safe to cross). So instead we followed the road as it headed roughly up the hills to the east. Along the way, we passed by another old barn and got a few pictures before heading off to Jasper to pick up dinner from the Ozark Cafe.... 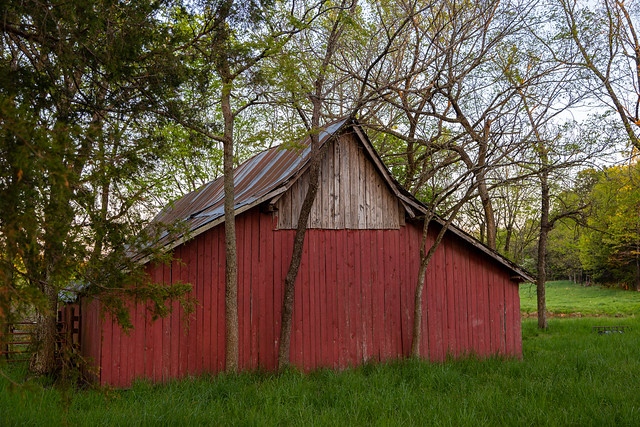 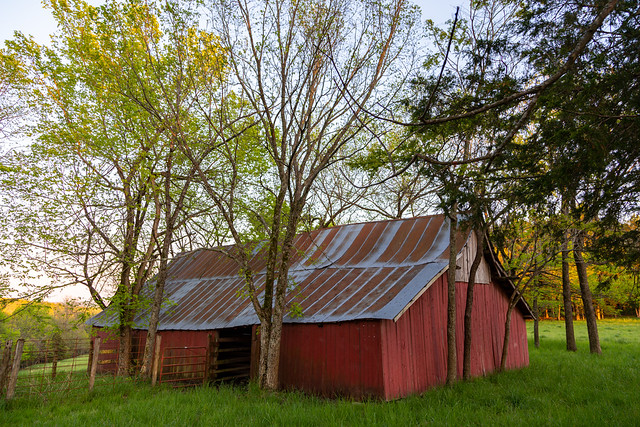 Posted by Cormackphotos at 11:27 PM