There are tons of things to see in the French Quarter – amazing restaurants, unique shops, vibrant music venues and of course a good number of drunk people stumbling along Bourbon Street holding hurricanes and Big Ass Beers. But one cool thing about the French Quarter is the architecture – especially the contrast between the old buildings of the Quarter and the newer skyscrapers nearby. 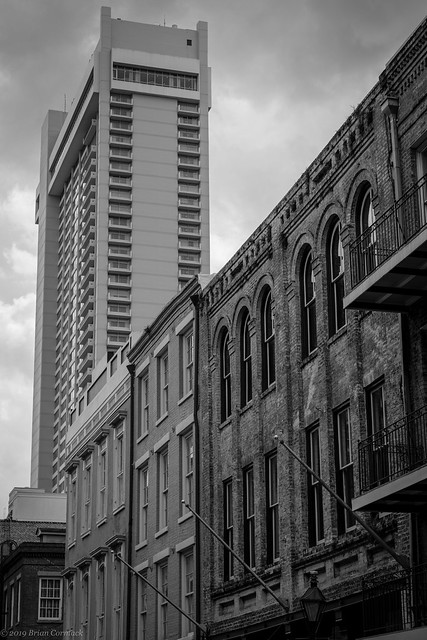 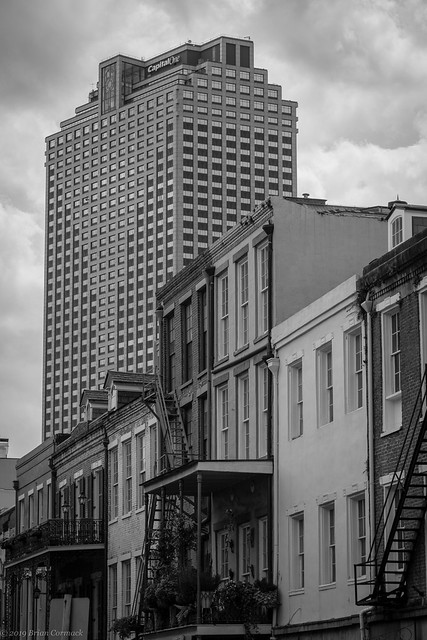 Most of the buildings in the French Quarter actually date to the early 19th century, after a series of fires destroyed much of the city in 1788 and 1794. 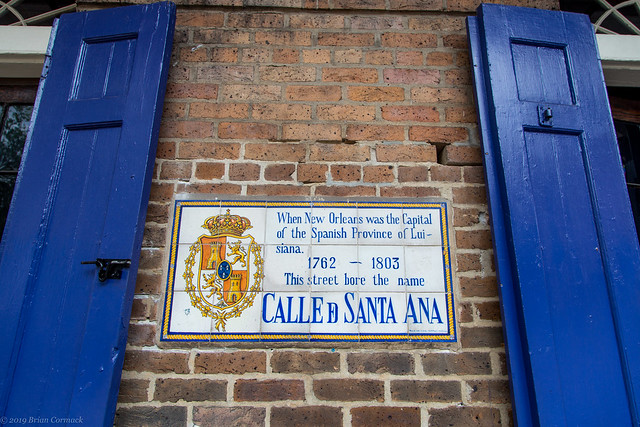 One of the oldest surviving structures in the French Quarter is Lafitte’s Blacksmith Shop, which was built sometime in the 1770s. The building is said to have once belonged to Jean Lafitte, the legendary pirate. The building is now used as a bar, and it is the oldest building in the country that houses a bar. 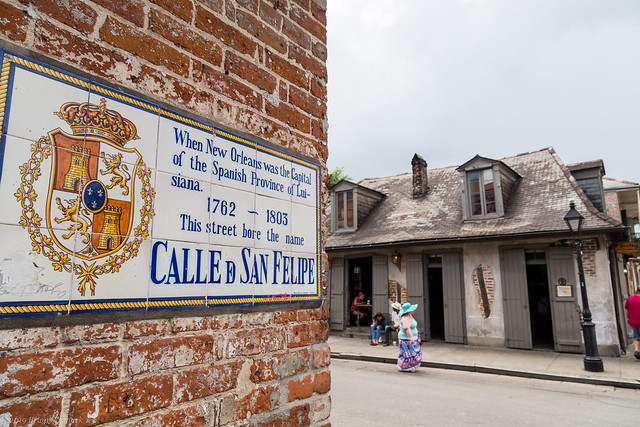 I had the camera with me one time when we went walking around at night, which was nice because it was a little bit less humid. Just across the street from our hotel was this old ghost sign advertising mint juleps (which just seemed very Southern). 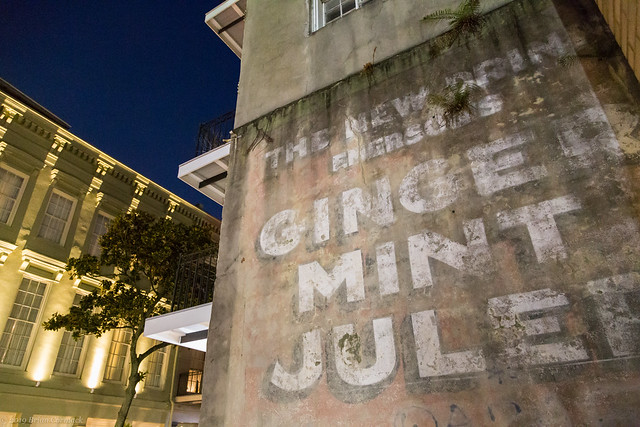 We walked over to Royal Street and went by the LaLaurie Mansion, which is said to be among the most haunted buildings in the city. The house was built by Madame Marie Delphine McCarty LaLaurie in 1832, and was well known for the fancy parties and balls that the LaLaurie’s hosted in the home. But after a fire in the house in 1834, it was discovered the Madame LuLaurie brutally torturned and mutilated her slaves. The LuLaurie family somehow managed to escape to France, and a mob burned most of the building down. The house was later rebuilt, and has had several uses over the years. But it is said that spirits haunt the house, and all who own it are cursed. Nicolas Cage bought the house in the early 2000s, and some believe that the house cursed him and his career. But one thing is for sure, if you do live there you would be cursed with having no privacy. When we walked by, there were about seven different ghost tours crowding the sidewalks around the house. 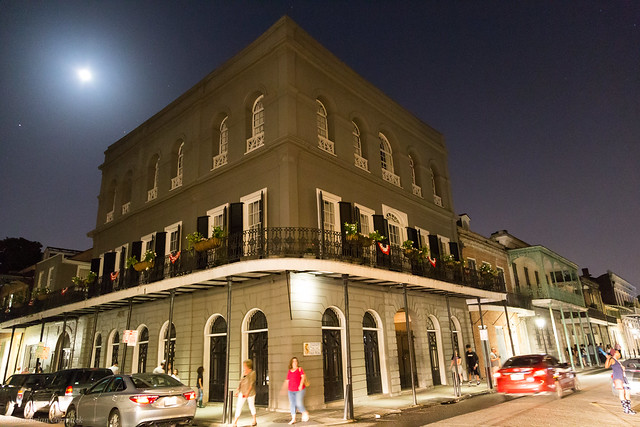 From there we walked over and got a few drinks at a spot with this view looking down Bourbon Street. 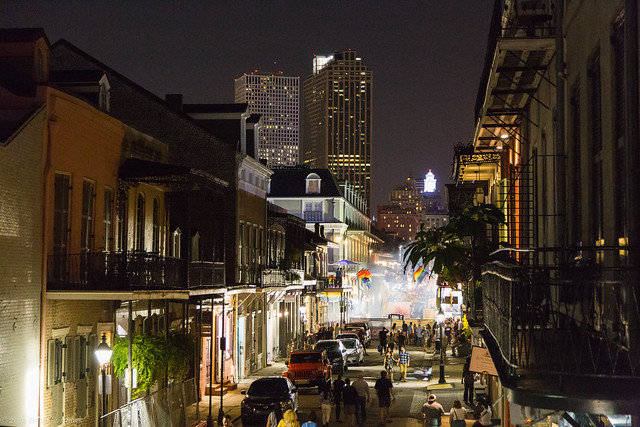 Back in the daylight, we walked towards Canal Street and passed by these buildings that were showing off some bright colors in the sunlight. 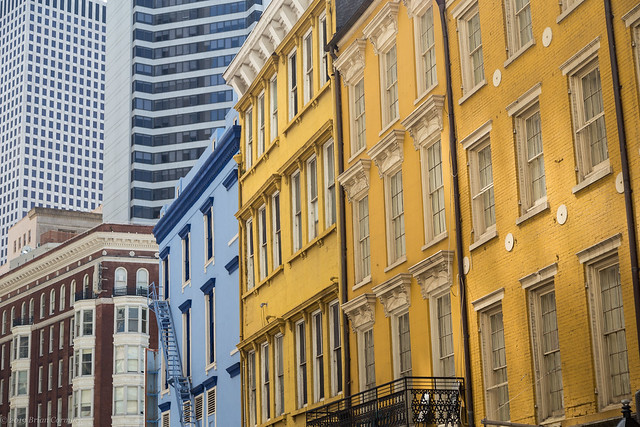 Later on we got brunch at a spot on Canal Street, which provided us with this view of the street below. 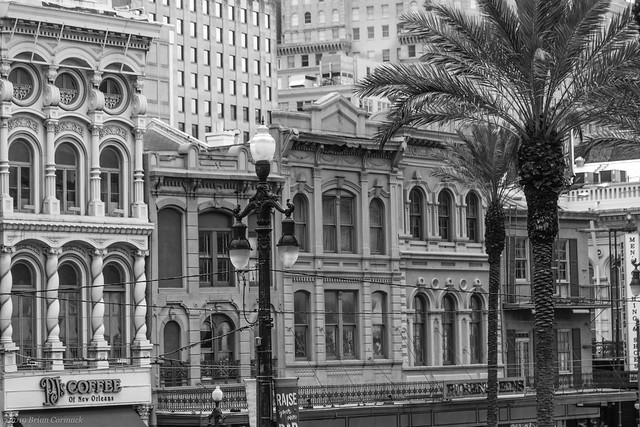 Canal Street is the dividing line between the French Quarter and the Central Business District, and the street is bisected by the tracks that were carrying trolleys filled with tourists. 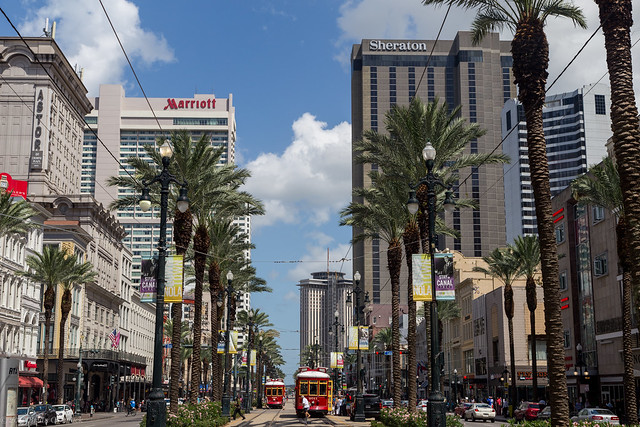 Later that evening we crossed Canal Street again while walking to a restaurant for dinner. Along the way we passed by this old church, the Immaculate Conception Church. The church was built in 1930, but is actually almost identical to a church that had been built here in 1857. Nearby construction had caused problems with the church's foundation, and the building was completely dissembled and reconstructed in the same spot (I know this isn't a great picture - I had left my camera in the hotel when we went to get dinner and had to get this with my cellphone). 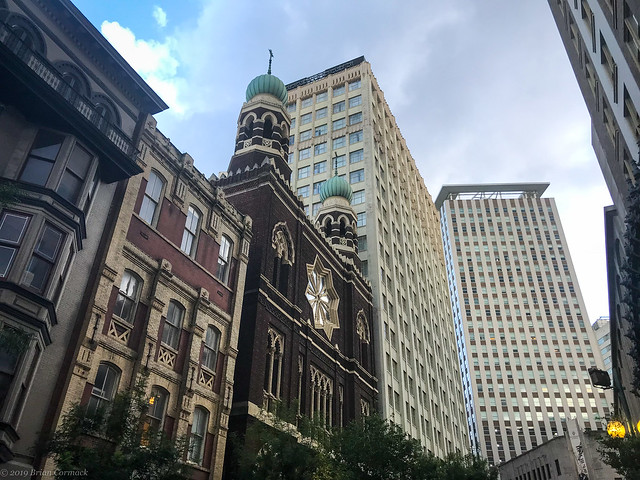 And another shot, as we crossed Canal Street. The trolley was parked - it wasn't about to run us over while I tried to get any pictures. 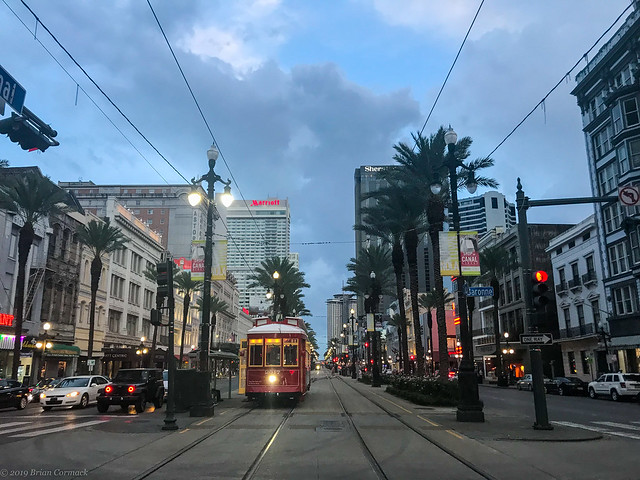 We ended the night with a stop at the famous Carousel Bar at the Hotel Monteleone. The bar was installed in 1949 and rotates at a rate of one revolution every 15 minutes. I took out the cellphone and did a time-lapse as the bar spun around, showing off the busy bartenders rushing around making and serving drinks. We didn't linger too long at the bar since we had to be up very early the next morning to fly back home.

Posted by Cormackphotos at 10:38 PM