From Triple Falls, I headed down the road (and down the mountain) into Boxley Valley. It was nearly dark, so I only made one stop that night at the old Boxley Baptist Church. There was just a hint of light in the sky, and a tiny bit of fog beginning to form off in the distance. 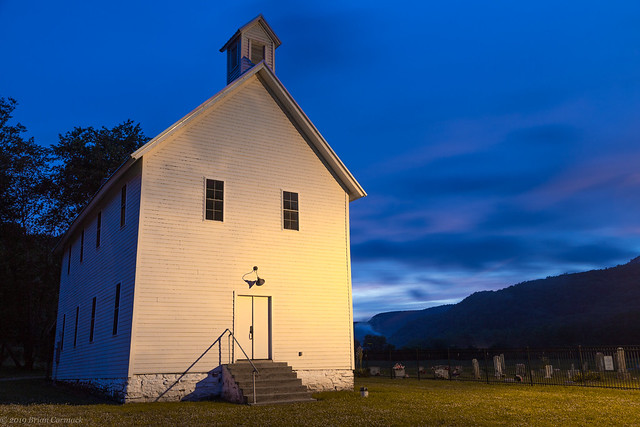 I spent the night at the Steele Creek campground, and then woke up at sunrise and headed back into Boxley. That little bit of fog that had formed the night before and expanded. The entire valley was now shrouded under a vast foggy blanket that was so thick it would take the sun a few hours to break through. 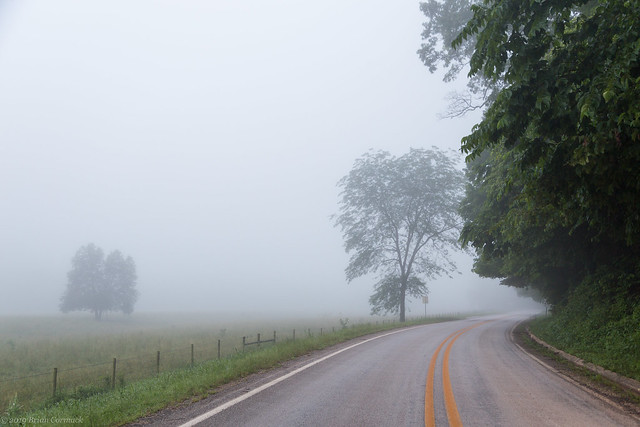 Boxley Valley is one of my favorite places to take pictures, since it's like a photographer's playground. The road through the valley is only seven miles long and it seems like there is something to see along every turn. The valley is a historic district, and is filled with all sorts of old homes, barns and churches. This old schoolhouse sits near the Lost Valley trailhead. 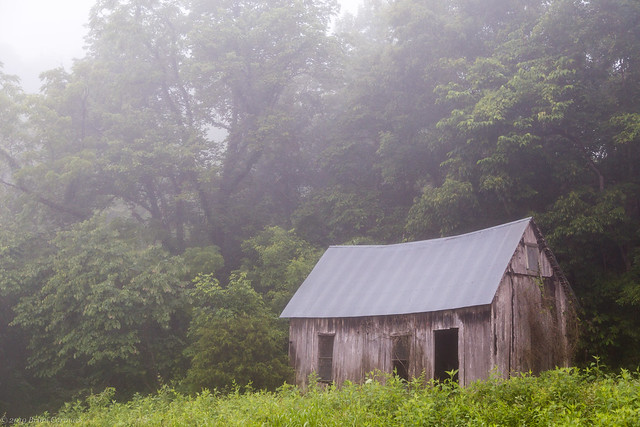 Nearby is the old Beechwoods Church, which was built in 1918. 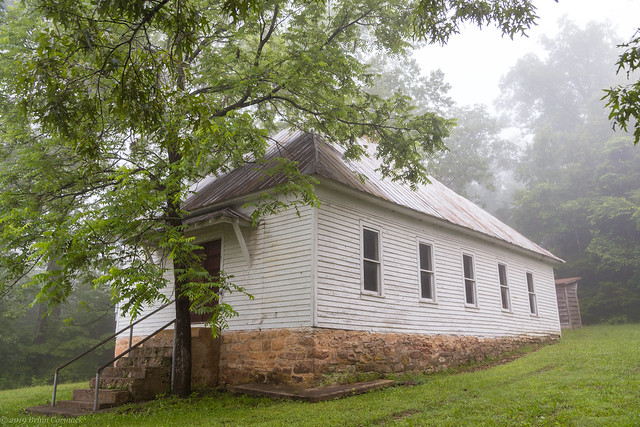 The church sits by the Beechwoods Cemetery, which is the oldest cemetery in Boxley. The oldest grave here dates back to 1848. 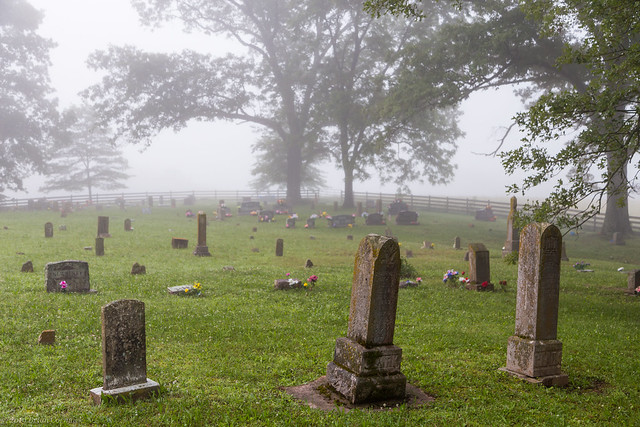 This is the road by the cemetery, which disappeared behind the trees and into the fog. 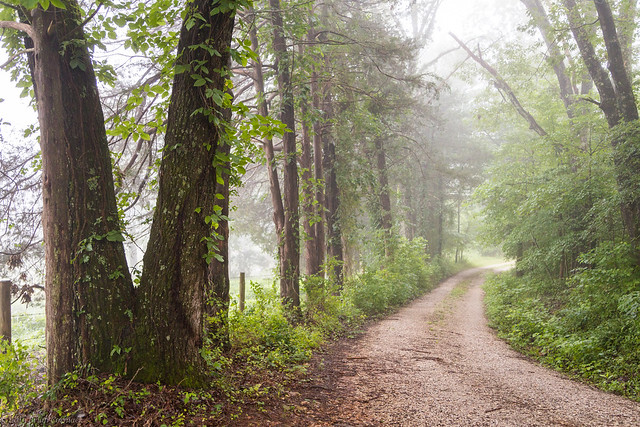 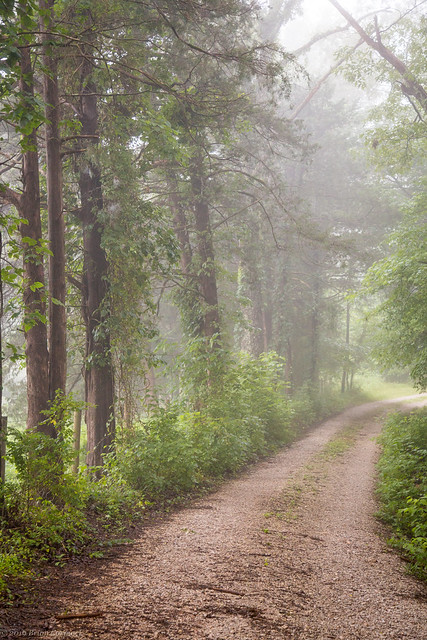 I headed down the road but stopped again at this old barn, which was surrounded by a sea of tall grass. 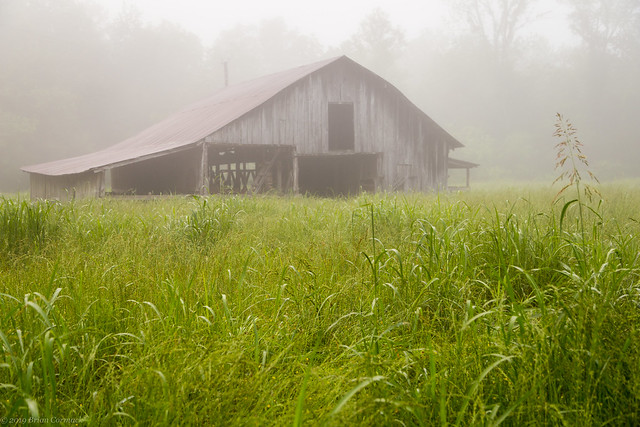 Near the barn is an old house, and a few small one-room tourist cabins. They are closed now (although the National Park Service occasionally opens one up for tours). This plant was growing tall beside one of the cabins, which featured some not-so-realistic fake brick siding. 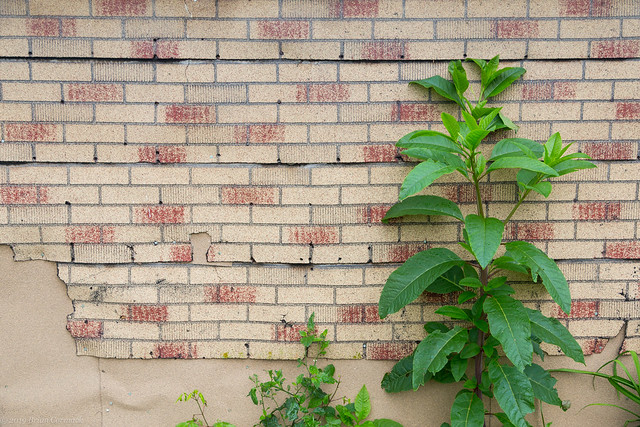 I headed back to the old Boxley Baptist Church, which sits in the heart of Boxley Valley. The church was built in 1899, and is still used as a community center. 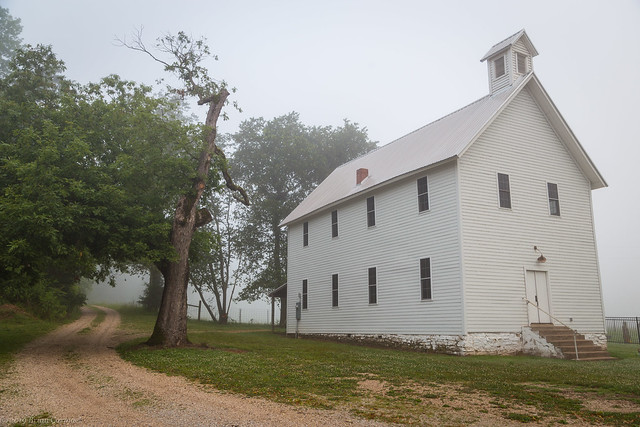 Near the church was this dirt road, which meandered by a field and then was lost in the fog. I wish I knew where it went, but from here it was marked as private property. 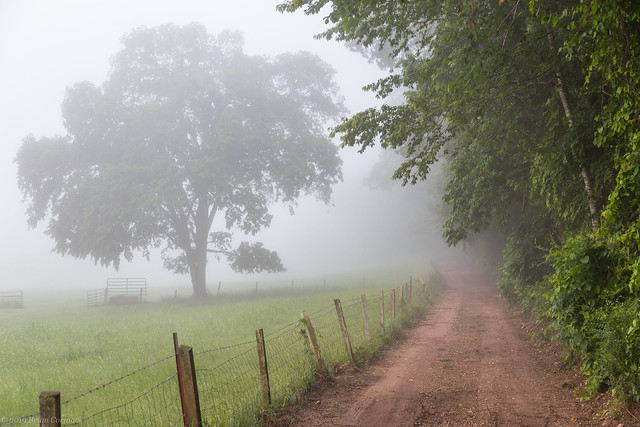 At the far end of the valley sits this old barn, which has this smaller building along the fence in front of it. I'm not sure what its purpose used to be. Maybe it was used to move animals in and out of the pasture back in the olden days, perhaps? 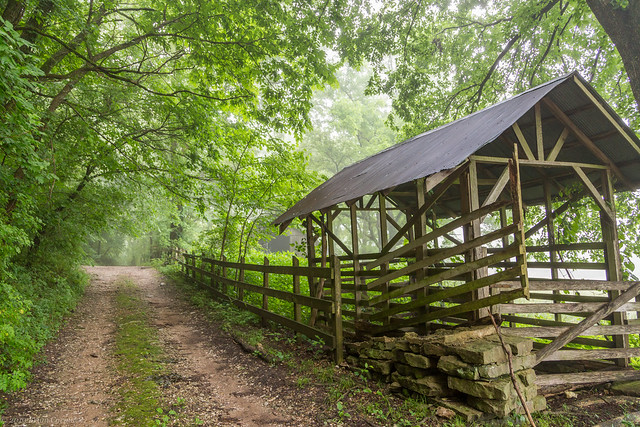 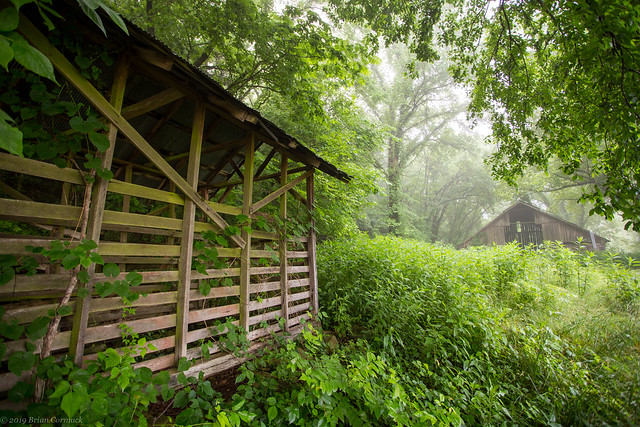 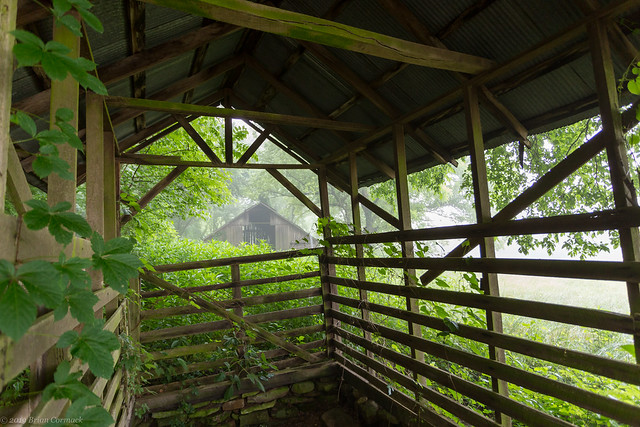 The barn was built sometime in the 1920s and sits by a spring that still provides drinking water. 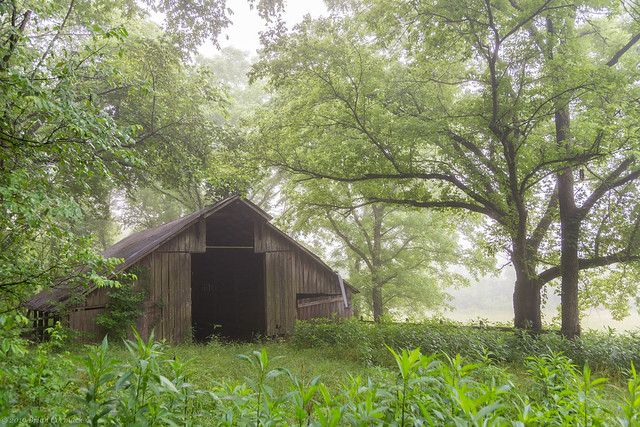 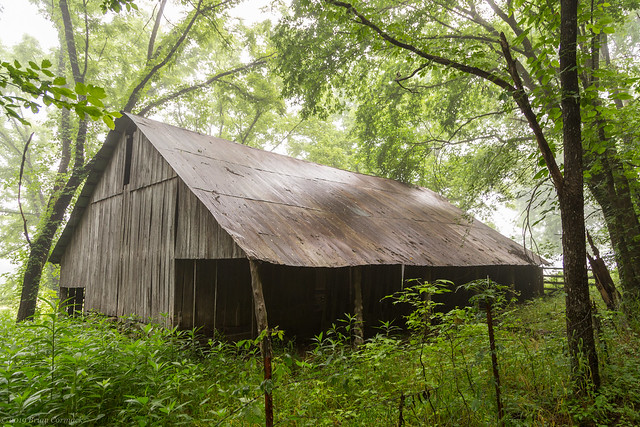 Nearby is this little structure, which I think was once used as a root cellar? 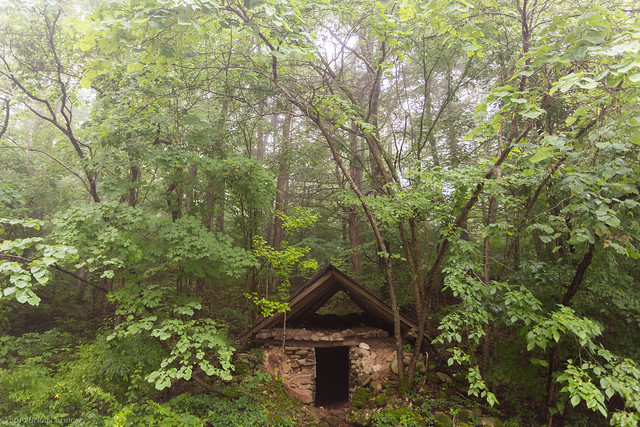 I drove back across the Valley and made one last stop at this old building that sits near the Buffalo River. This old building was constructed in 1850 by one of the first pioneer families to settle in the area. It served as a house for several decades, but was converted into a barn in the early 20th century. After this stop I headed towards home, driving up out of the valley and the thick fog and into the bright sunshine. 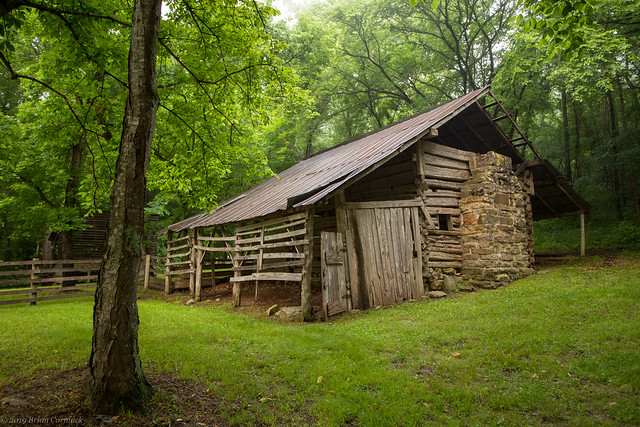 Posted by Cormackphotos at 10:55 PM