It was deja vu all over again. For the second Saturday in a row, I dragged myself out of bed before 8am in order to make the drive up to Heber Springs. This trip to Collins Creek would be slightly different, this time around it would inclide Zack Andrews, Matt Kennedy and David Simmons. We planned this excursion to Collins Creek again in the hopes of seeing some snow along the creek's waterfalls. Several inches of snow had fallen a few days before, and hopefully we could catch it before it all melted away.

The only problem that day was that the sky was clearing out. Sunny skies are not great for waterfall pictures, and it would help speed up the melting process. I hoped some renegade clouds would move in and cover up the sun while we were out shooting.

The snow had mostly melted in Little Rock and Conway. But the further north we drove, more and more snow was still holding out against the warmer weather. Quite suddenly, we drove into a thick fog. It turned the snowy landscape into an even greater (and brighter) shade of white. It was like a scene in a sci-fi movie, where they go inside a character's mind and everything is completely white. The only things visible were some half-concealed homes and trees. The road blended into the fog and snow, leaving little visibility. 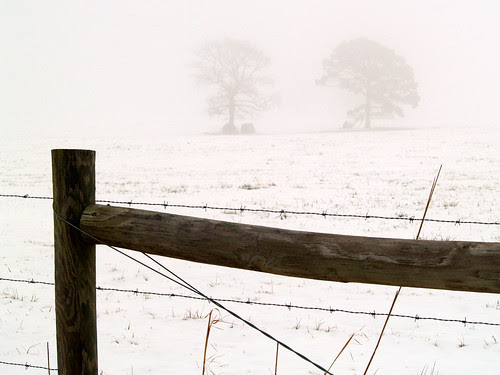 It probably wasn't the best driving conditions. Especially for drivers who suddenly see some photographers randomly standing in the road taking pictures... 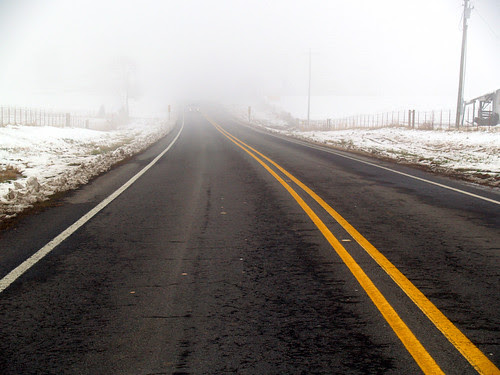 We turned onto a dirt road that provides some nice views of a distant field with an old barn reflected in the waters of a pond. We all got out of the car for some pictures, while being serenaded by the music of the XM radio's "80s on 8" (it was playing "Safety Dance" while were there). 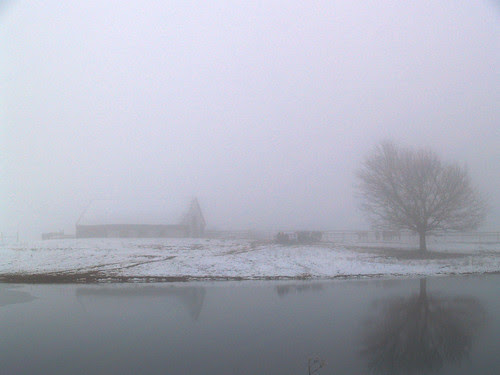 Just a few miles away was this old house, perched along the side of the road. The home, which seems to be home to some birds, stood out starkly against the sea of fog and snow. 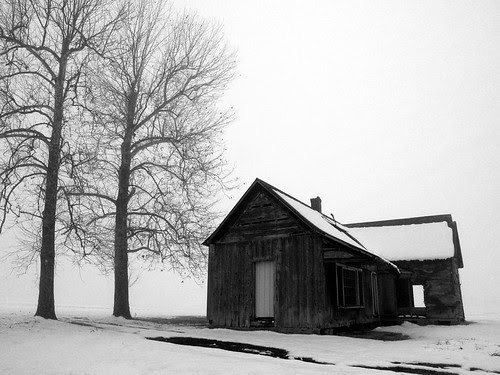 There was still a few inches of snow on the ground here. And amazingly, it was still snow - and not the ice/snow hybrid that sat on the ground in Little Rock. It was probably just below freezing out there, since some of the fog had begun freezing on this fence line. 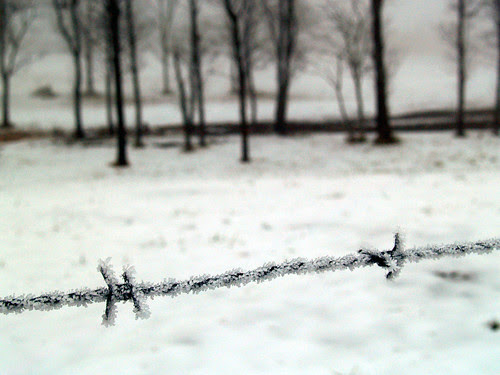 And a view of the foggy field that lay beyond the fence: 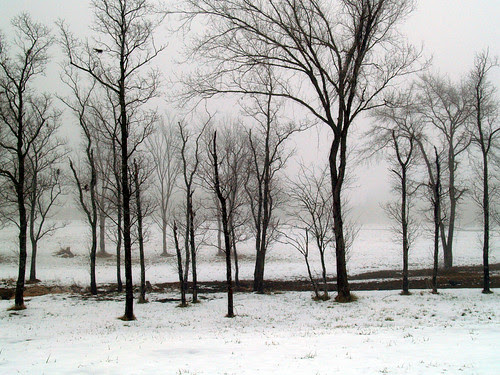 As we drove closer to Heber Springs, the fog lifted and the sun came out. This quickly dashed my dreams of seeing both a snowy and foggy Collins Creek. But as we approached Greers Ferry Lake, there was a thin and low bank of clouds that were doing a decent job of shielding the sun. We parked at Collins Creek and quickly headed over to the falls before the sun burst through. Unfortunately, there wasn't much snow at the taller waterfalls along the creek. It had mostly melted already. 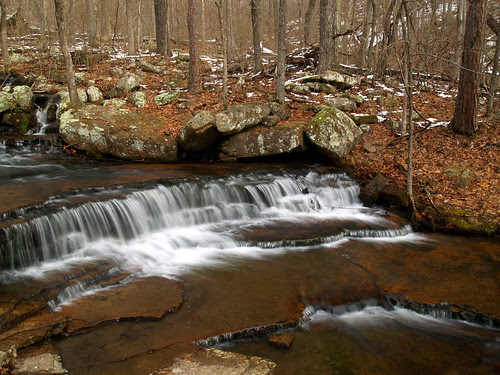 But there appeared to be snow farther down the creek. Now there aren't that many waterfalls along that part of Collins Creek, but it is still quite scenic there. 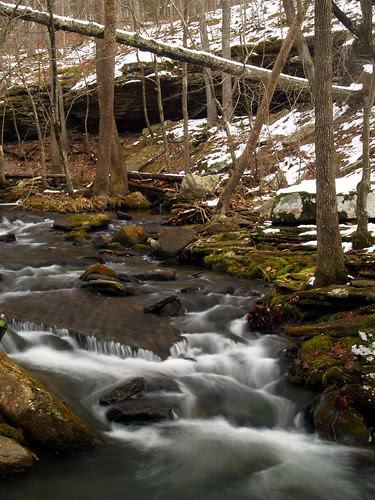 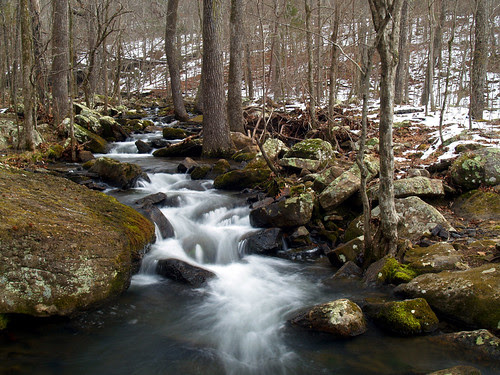 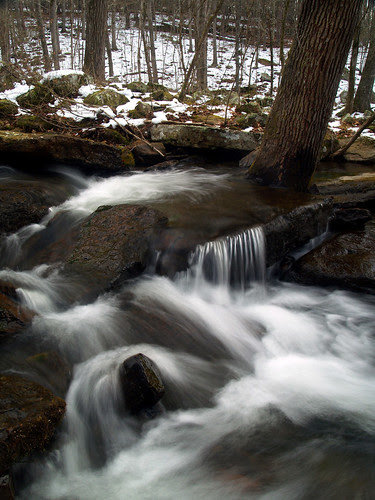 After exploring the creek, we headed back to the car and drove over to another nearby waterfall - Bridal Veil Falls (again).
Posted by Cormackphotos at 9:23 PM

The first shot with the foggy trees and snow is E-P-I-C.