From Collins Creek, we made the short drive across Heber Springs in order to visit Bridal Veil Falls. This place might look a bit familiar since Zack and I had just been there the week before. But apparently we had completely missed another waterfall there, in fact we walked right by the trail that leads to the falls. Now the idea of exploring that area did come up during that first visit. Zack said that it looked like there could possibly be another waterfall in that direction. But I dismissed that notion with a scoff, saying that there probably weren't any other waterfalls to see. Whoops...my bad.

The trail takes off near an old picnic area, and quickly drops down the side of the hill. There was an amazing amount of snow on the ground here, which was several inches deep. The snow was still soft - not like the snow in Little Rock, which turned into a grimy mush and then re-froze as solid ice. 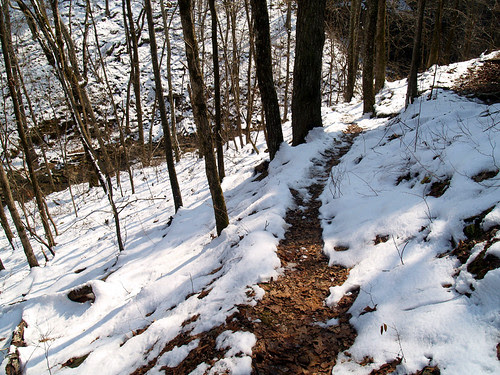 Thanks to some snow on the trail, it was a bit trickier to get down the hill than it probably would be. But we soon all found ourselves at the base of the falls, which are probably about 40 feet tall. It's a neat sight, and a rare one since not too many people know of or visit these falls. 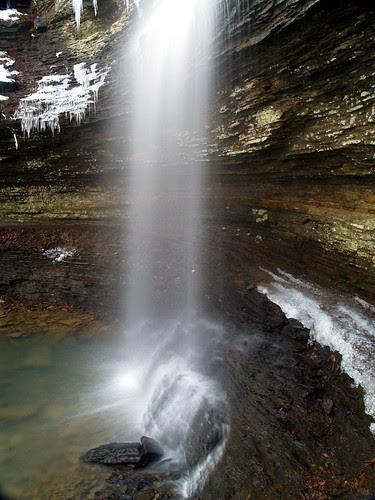 These shots only show the bottom portion of the falls - which were surrounded by a bluffline coated with dripping icicles. 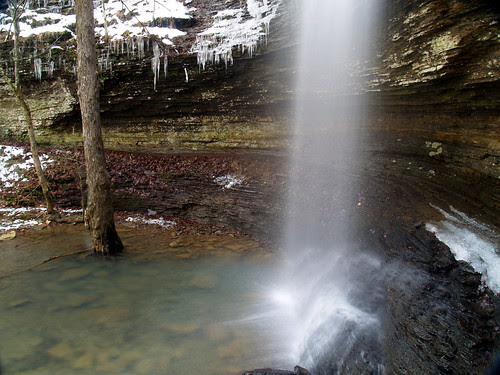 I edged along a shelf on the bluff and went behind the waterfall. It easier than I expected it to be, especially since there was a layer of ice behind the falls. Of course I managed to get completely in the way of any pictures taken by the three other photographers out there. I thought that if I were to slip and fall on the ice, at least they'd get a funny picture of me falling into the water to make up for it. 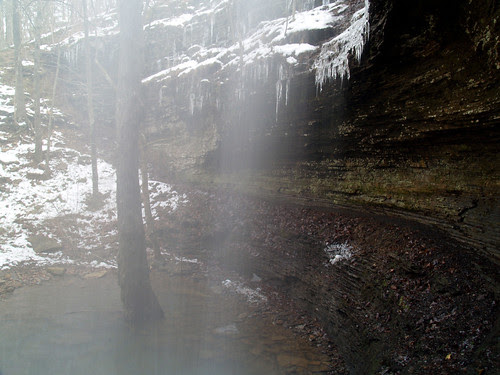 I walked back around the narrow ledge onto the other side of the waterfall, and got this shot framed by some dangling icicles. 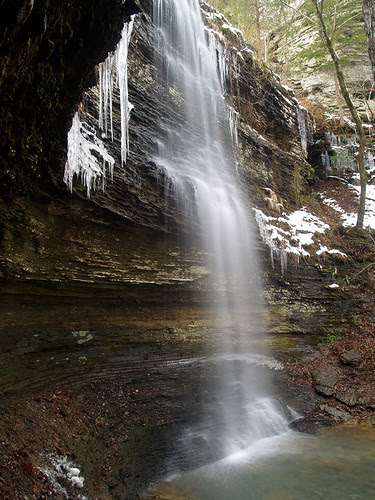 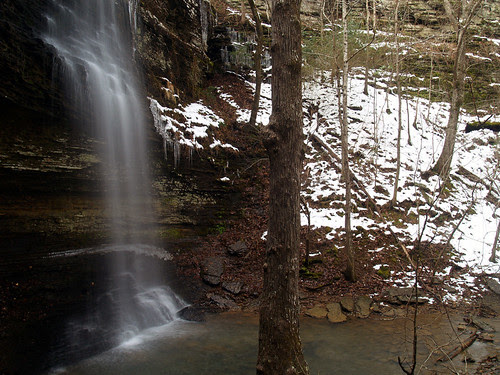 And a view from the front of the falls: 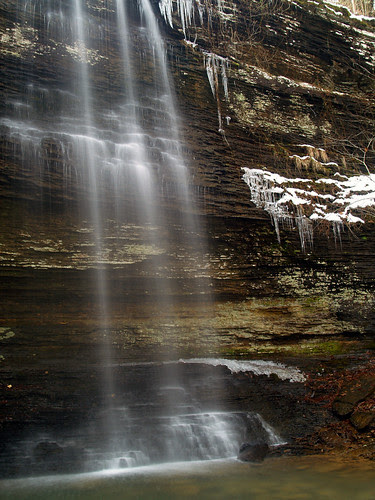 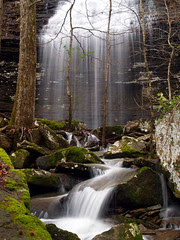 Bridal Veil Falls (maybe?) from the week before.

But we trudged through the snow and headed off towards Bridal Veil Falls. There may have been a trail here, but if there was it was covered by snow. We went across snow that was still five inches or so deep, which hadn't yet been disturbed by hikers or animals. We finally made it over to Bridal Veil Falls, but the sun had managed to finally come out and was shining directly onto the waterfall. It kinda hurt the chances for getting some good pictures.

But the creek was shaded from the sun, so we all tried to get a few shots of the area with the remains of the snow. 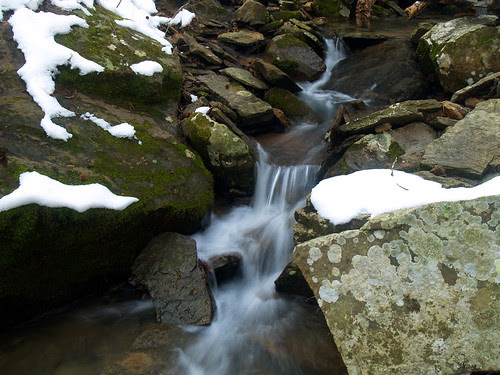 Matt made a small snowman, and set him above this small waterfall. The water from the creek slowly began to saturate the snow, and after just a few minutes the poor fellow tumbled head-first into the waterfall and slowly drifted downstream. 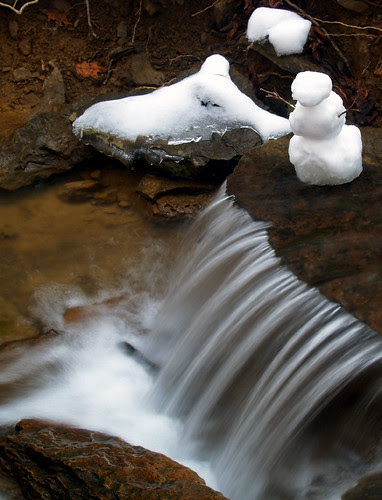 And one last shot of the waterfall, without any snowmen in the way... 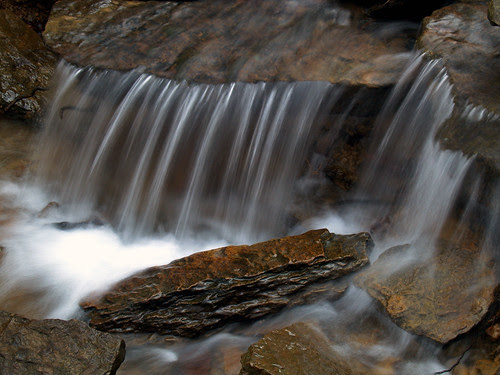 From there we slowly made our way through the snow to the top of the hill and back to the car. It was a nice visit to the falls, especially to see the rare snow before it would melt away....
Posted by Cormackphotos at 7:46 PM