Apparently our local weather forecasters were too busy watching the Super Bowl last night and didn't pay too much attention to the weather. They had told us there was an upcoming chance of snow - albeit a light dusting to occur tonight. But all of Little Rock awoke this morning to find, instead, a few inches of snow sitting on the ground.

I woke up this morning and eagerly called the inclement weather number for my office, anticipating a recording saying that the office was closed and that I could sleep in for a few more hours. But my heart sank as the robot voice sadly informed me that the office was open, and that it was "business as usual." We could stay home if we wished, but it would require burning a vacation day. I'm trying to save up my PTO time, so I grudgingly got ready and went to clear off the snow from the car.

The traffic wasn't bad this morning, since every one else was safely at home. I got to work on time at 8am, only sliding once on the way. Most of my fellow co-workers never came in, and the office was eerily empty. It was quiet, except for the constant weather updates coming from distant cubicles. Everyone who made it into the office was waiting for the chance to leave as quickly as they could. At noon, after a few more inches of snow fell, they finally told us we could go home.

When I safely reached my apartment, I grabbed the camera and set out for some pictures. The snow had turned to rain, which was quickly turning everything into a soggy mush. I decided to play it safe, and visited a few places that are close to my apartment. The first was a park in Maumelle. It was closed, but I parked my car and walked in anyways. The road passes by a small lake that was surrounded by a snowy landscape: 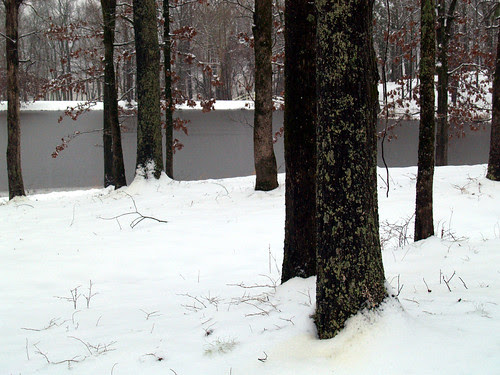 It wasn't as pretty as I thought it would be, so I turned around and headed back to the car. Along the way, I stopped to get a shot of my footprints in the snow... 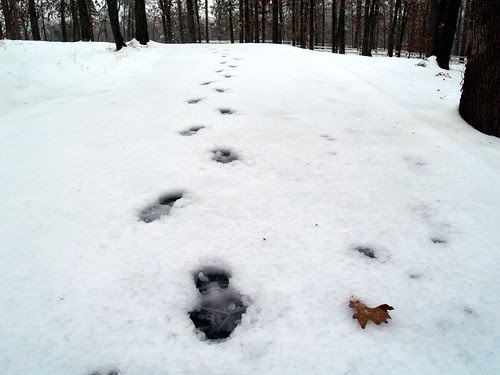 And a mailbox across the street from the park entrance. I kinda feel sorry for post office workers who have to get out in this kind of mess. 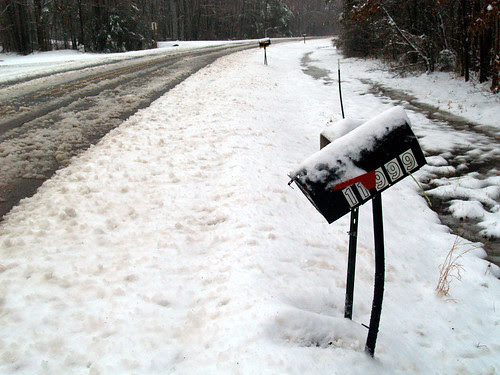 My next idea was to get a big dam snow shot at the Big Dam Bridge. 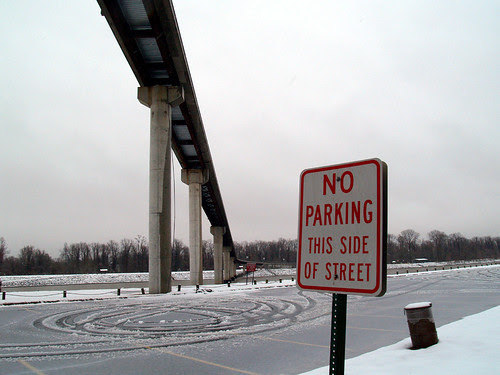 And no, I wasn't the one who drove around in circles in the parking lot...

I drove over and parked near the entrance to the bridge. There was another car parked there, and I wondered who would be crazy enough to be out walking the bridge in the snow. But I ended up wandering around some, passing by this staircase leading down to the river. 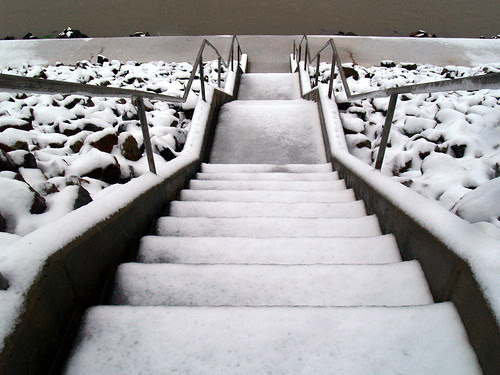 And this is a view of another staircase. I had to add an Orton effect to this one in a lame attempt to hide some water that got on the lens. 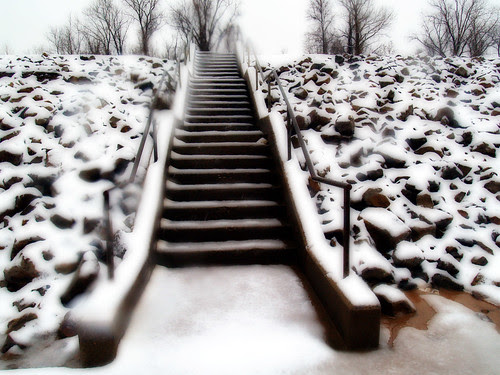 After that I walked around some on the River Trail in the snow. The pictures didn't turn out at all, which meant I spent a good amount of time sloshing through the trail in the rain for no good reason. I was cold and soaked when I finally decided to head back to the warm comforts of my apartment.

But the hours of free time I had today meant that I was also able to finish working on a bunch of pictures taken last Saturday during a waterfall-filled day in the Ozarks. Here's a preview: 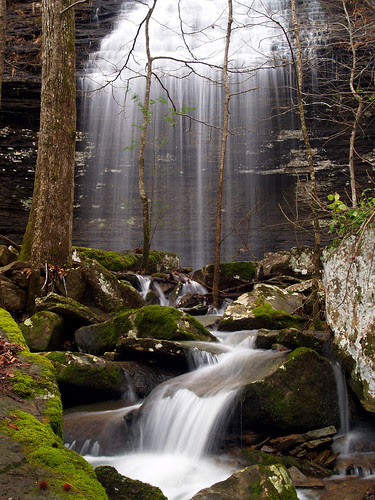 Posted by Cormackphotos at 10:23 PM

the snow shots are good, but OMG that waterfall shot is amazing! that's gotta be my new fave from you.

btw, i took a picture of my snowy tracks yesterday too. will i ever stop copying you?? ;-)