I met my friend John Blakney in downtown Little Rock to try to get some shots of the ISS and the Space Shuttle. We set up on the stage of the Riverfront Amphitheater, which provided a good view of the Junction Bridge. The plan was to get a shot of the ISS and the Shuttle as they streaked across the sky high above the bridge. We waited as it got dark, enjoying a cool night (though the mosquitoes were a bit bad). 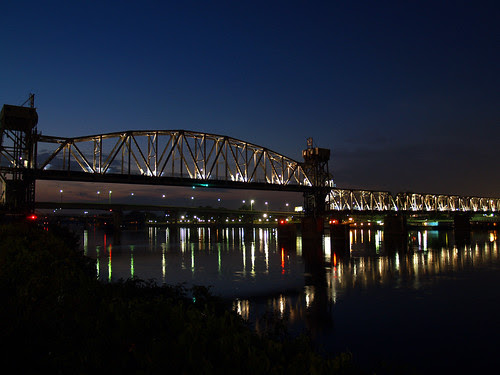 Around 8:13pm, the ISS and Space Shuttle appeared in the sky. They were as bright as stars, and moving quickly to the northwest. They soon moved above the Junction Bridge, but they were higher in the sky than what I had planned, so I tried to change my shot in the hopes of being able to capture them. I couldn't see the lights in the viewfinder, so I just guessed at where they would be at and tried to get a few shots. This is really the best of what I got. 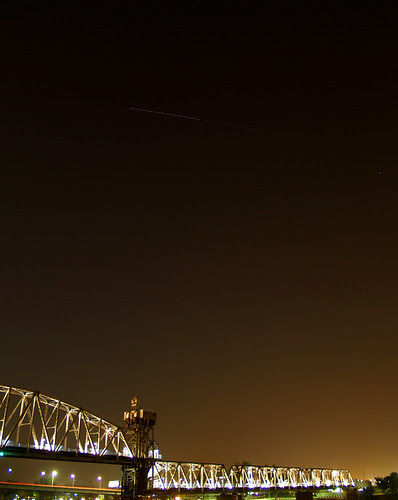 The ISS and the Space Shuttle were moving fast - about 18,000 mph - so they quickly moved beyond the bridge to the north. After a few minutes, they faded back into the night sky.

After that I walked around the Junction Bridge and got a few more shots (and provided dinner for a few more mosquitoes). 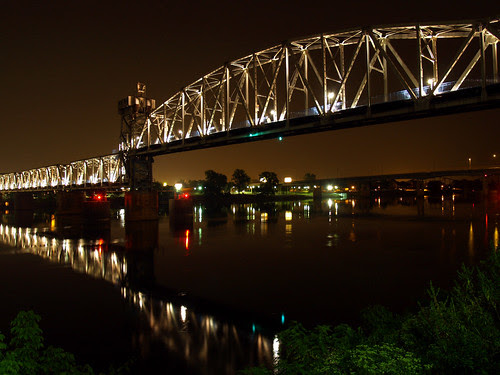 Posted by Cormackphotos at 10:00 PM

hey skeeters have to eat too and better you than me.