Instead of my typical after-work nap, yesterday I drove to downtown Little Rock and attempted some cityscape shots. I wanted to get a different view of the skyline, so I searched for some conveniently located parking decks. The goal was to get a good view from the top of the deck, hopefully one with an interesting mixture of downtown buildings.

Now parking decks are both a curse and a blessing. The blessing is that it provides a unique view of the city, something that you would only be able to get from standing on a roof somewhere. The curse part is simple - they're ugly. And some really cool old buildings were probably torn down to be replaced by the concrete dullness of the parking deck.

I've managed to sneak my way into a few parking decks downtown, but I went into three last night that I'd never been to before. The first was by the Regions Building. I was able to actually drive up all the way to the top, but the view there wasn't all that great. It did look interesting looking north towards the Pulaski County Courthouse, but the view was marred by another parking deck and vast empty parking lots. But I did manage to get this shot, of downtown reflected in the Regions Building. 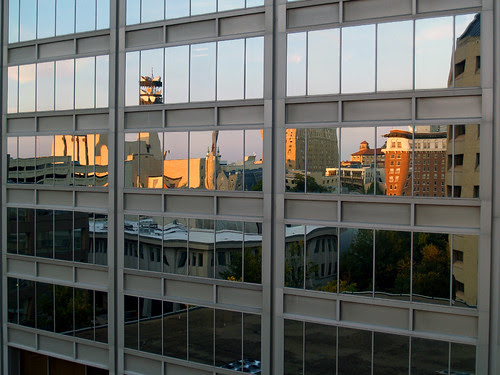 I drove off to another nearby parking deck and wasn't impressed with the view there either. So I went off to another, next to the Bank of America Building. Now the third time was a charm. The view was decent, and provided at least a different view of the city. The parking deck isn't the most smartly laid out, and felt way too narrow and claustrophobic to drive through. But it would have to do anyways, there wasn't much light left in the day. The sunset was developing behind me, causing some awesome light in the sky. 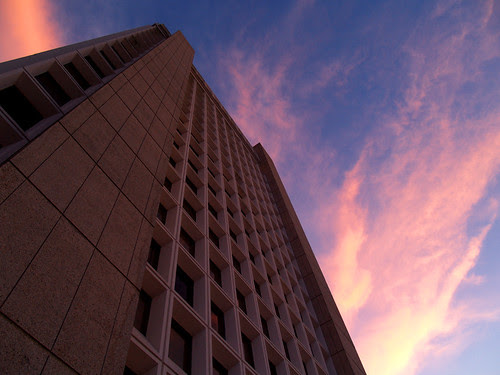 The parking deck provided a good view of the Union Bank Building, which was reflecting in it the sunset, the Bank of America Building and the Metropolitan Bank Building. The condo tower to the left is lit up by the sunset, and the full moon hangs over to the right. 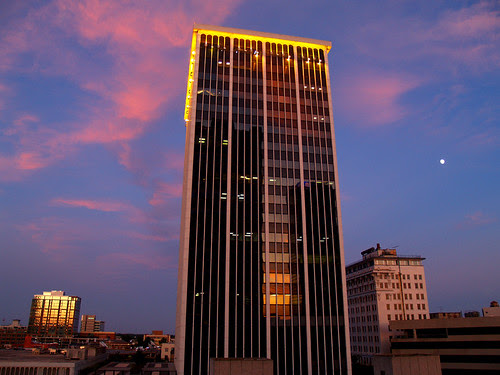 And one last shot of the Union Bank Building, looking towards the south and Capitol Avenue. 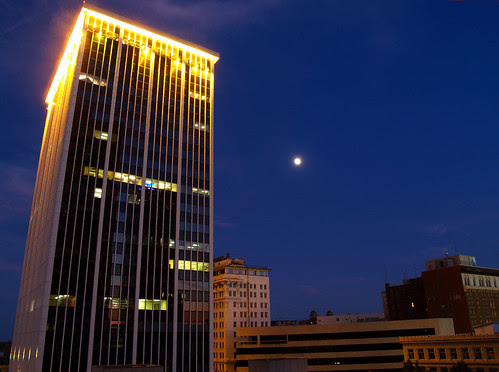 The other side of the parking deck has some good views looking west towards the Metropolitan Bank Building and the Regions Bank Building. 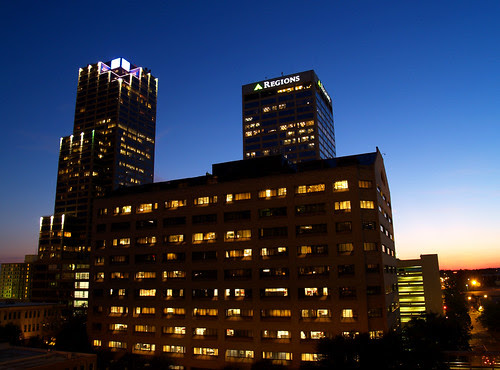 And last but not least, one more shot of the Metropolitan Bank Building. 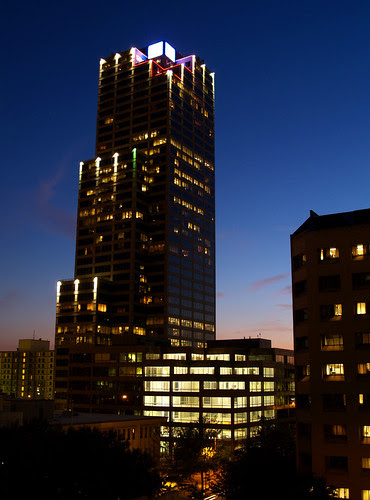 I always feel like I'm trespassing while going up on these parking decks. But all of them were almost empty anyways, so hopefully the owners won't mind too much.
Posted by Cormackphotos at 9:31 PM

Yeah I have the same feeling on parking decks. Like I shouldn't be there. Nice shots my friend.