Over Labor Day weekend, we made another trip down to Dallas for a soccer game. I wasn't sure about going at first, since it's a five hour drive and we'd have to get tickets, a tank or three of gas and a hotel room. But the season is almost over, and there are just a few home games left. And since Dallas has managed to eliminate themselves from the playoffs already, the season is going to be even shorter.

Also Dallas was playing D.C. United. Ever since my very first MLS game (Dallas vs. Chicago, on March 18,2000), I've seen nearly every single MLS team play. But I had somehow missed seeing D.C. play, so I was ready to cross them off the list. Now the only teams I haven't seen play are the newest ones - Toronto and Seattle.

It was a perfect night for watching the game - it wasn't very hot outside. It's a shame more people weren't at the game, since it was also a lot of fun to watch. We got seats that weren't close to the field, which was good for watching the game but not so great for getting pictures. Most of my shots were blurry. 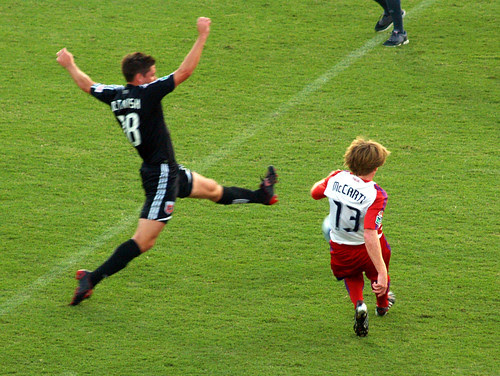 I'm not really sure what's going on here... 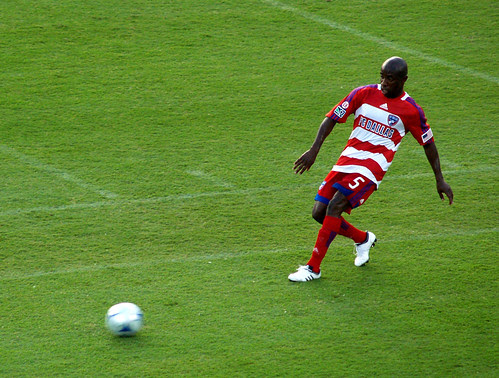 In the 18th minute, Dallas would score on a goal from forward Jeff Cunningham (seen below). It was Cunningham's tenth goal of the season, which ties him for second in all-time MLS goals with 114. He would nearly get another goal just two minutes later, but it bounced off the crossbar. 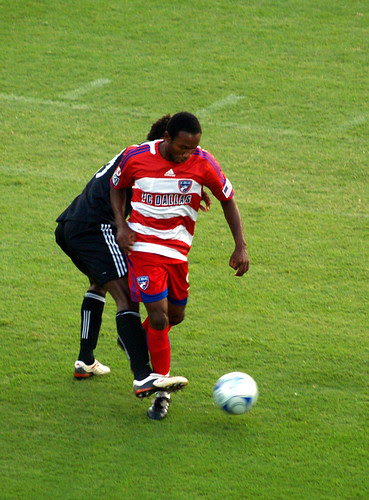 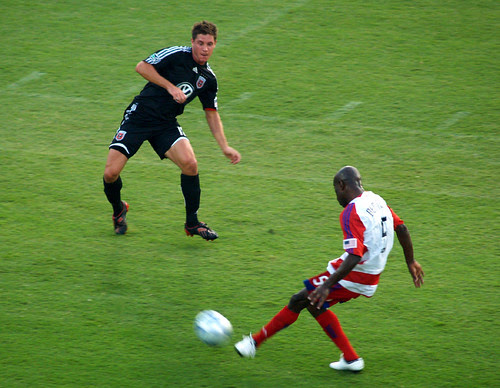 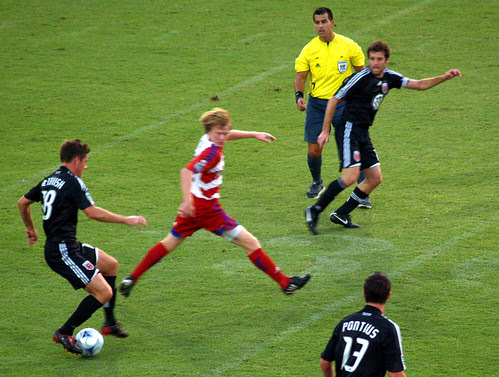 Not really sure what's going on in this one either...

D.C. United scored a goal in the 38th minute, and the game was tied 1-1 at halftime. Also at halftime, a nice little sunset developed over Pizza Hut Park. I tried to get some shots to turn into a panoramic view, but they didn't turn out right. It didn't help that there wasn't a good crowd at the stadium and that the soccer pitch had faint football lines painted on it (gross!). But this was our view at halftime: 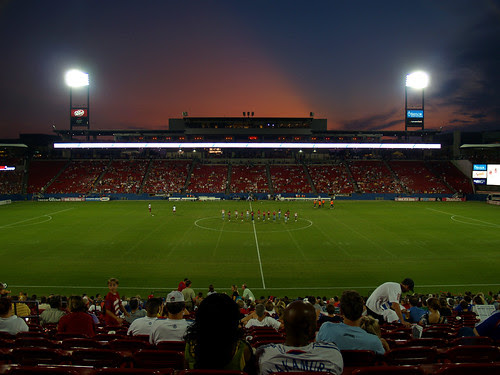 Just five minutes into the second half, Dallas would score again thanks to midfielder David Ferreria. But it would be for nothing, after a controversial call six minutes later led to a red card against a Dallas defender and a penalty kick to D.C. United. The PK and red card were given because a D.C. player, Santino Quaranta tumbled to the ground in the penalty box. That call is being disputed since it looks like Quaranta dove and wasn't actually fouled. He didn't help things by saying in an interview later that: “He hit me, man. I should have scored, I was just waiting for him to hit me. You know [Moreno] is going to score the penalty so, I thought it was a penalty. . . . He was behind me, he wasn’t in front of me, so it was a penalty, right? I mean that’s the obvious rule here, right? If he’s behind me and I’m in front of him and he touches me, I’m going down.”

But the PK was taken, which was converted and gave D.C. the tying goal. 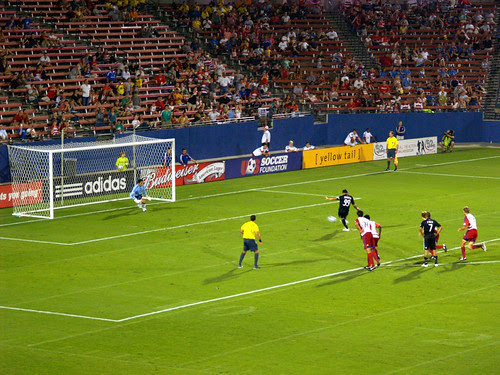 The red card meant that Dallas would finish out the game with only ten players. With 30 minutes left in the game, it was nerve-wracking to see if they would manage to hold onto a tie. 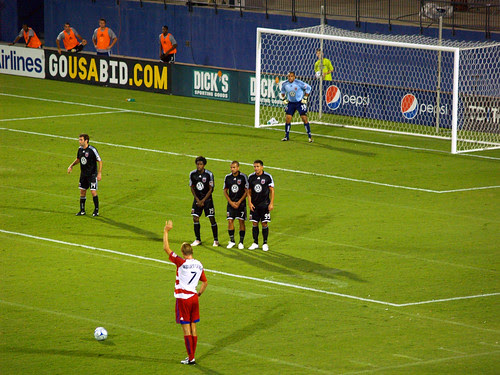 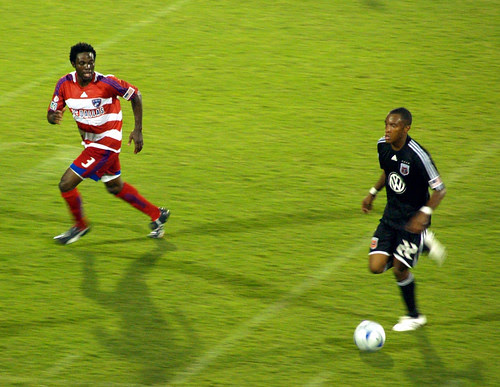 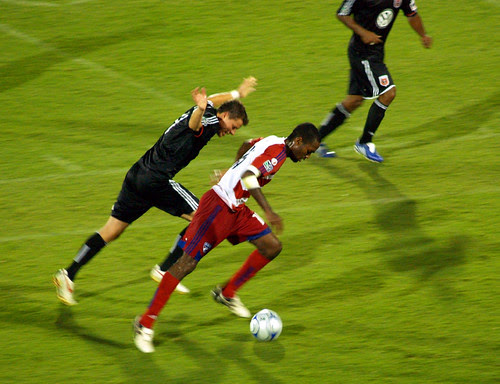 But the game did end in a tie, with Dallas putting a lot of pressure on D.C. It was a good game, at least they tied. It does suck to drive all the way to Dallas to watch them lose!

After that we went back to our hotel in Frisco, which was this fancy new New York style loft hotel. All the rooms were designed to look like a loft, which meant that it was small and was wackily laid-out. The weird part was the bathroom, which featured a door that didn't close all the way, so that you could peek in and see what someone was doing. I guess that makes it trendy?
Posted by Cormackphotos at 9:57 PM

I like your blog. :) I'm glad you had fun at the game and thanks for sharing the photos. We had a conflict and didn't go to the game. But I watched it later. It was very annoying to watch on TV. Being there does greatly add to the experience. I don't think I would have minded the tie so much if we'd been at the game.

Thanks Maggie! Glad you stopped by and visited the blog!