The End Of An Era

After seven years and 159,954 miles, I traded in my old Hyundai Elantra for a new car. It was a bittersweet farewell, I was fond of that old car. Of course, I wasn't the best owner - I took that poor Hyundai down too many dirt roads, several of which weren't made with little sedans in mind. It was covered in dings and dents, although each one told a story. There was some hail damage, for example, which happened during a trip to Petit Jean Mountain. The car looked like it had been through a lot, but it was always sitting there whenever I wanted to take a trip somewhere. 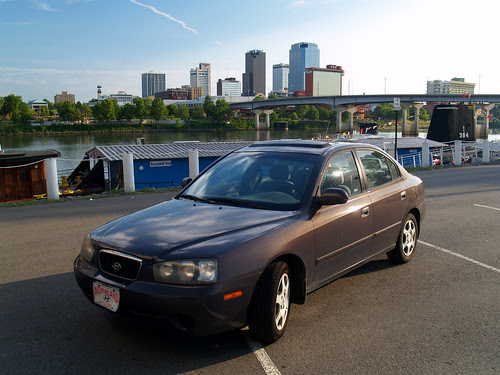 The night before I got the new car, I drove the Hyundai around for one last photo trip. This was sort of a "glamour shot" tour for the car. I stopped and got this skyline view, then drove out west to Pinnacle Mountain for one final trip through the woods. 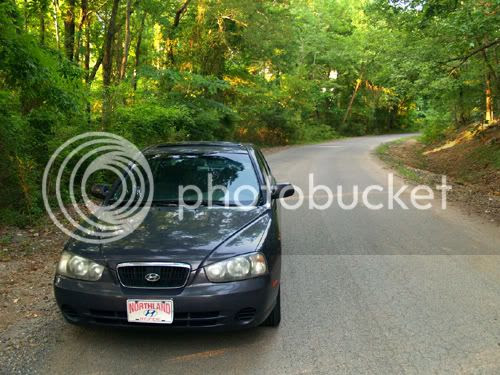 The car was traded in for a brand new Pontiac Vibe. It's a really nice car, in fact it's perhaps just a bit too fancy for me. I'm not used to all the bells and whistles that came with it - like satellite radio, for one thing. It'll take me awhile to get used to it. But it was interesting to go from a car with nearly 160,000 miles on it to one that had only a grand total of nine miles. 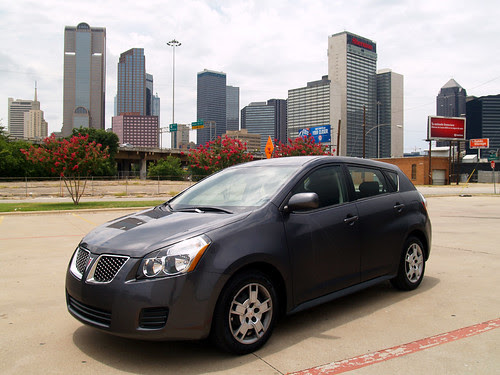 Here is the new Vibe - in front of the Dallas skyline. This was taken earlier today, during the new car's first road trip.

And one last shot, of me filling up the gas tank for the first time. The big downside of the Vibe (along with the car payment) is that it doesn't get as good of gas mileage as the Hyundai, but at least the air conditioner works! 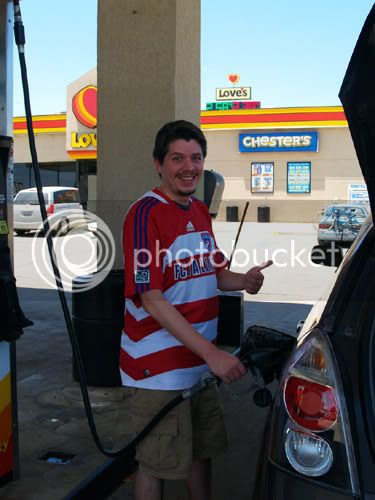 You didn't take a picture of the odometer?

I just don't know what to say about the last pic at the gas station.

Windy - just with the cameraphone, unfortunately...

Matt - ha, probably just best not to say anything at all...