A Drive In The Delta

I had the day off from work, so I took advantage and made one more drive into the Delta of eastern Arkansas. The main purpose of the trip was to visit the old Bacon Hotel (the subject of the previous post here), but I hoped to squeeze in a few other neat places. It was a typical summer day in Arkansas - hot and humid and usually fairly miserable when you weren't sitting in air conditioning. So luckily the car AC was working well as I drove along. The first stop was the small town of Olyphant, which still has this old cotton gin. The gin sits near the site of the last train robbery in Arkansas, back in 1893. 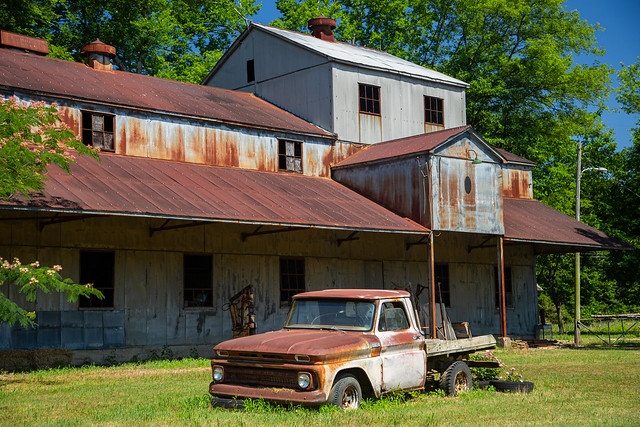 On November 3, 1893, a 7-car train from the St. Louis, Iron Mountain and Southern Railway pulled over on a sidetrack to allow another train to pass around 10 PM. The train was running from Poplar Bluff to Little Rock, and was mostly filled with wealthy tourists who had just attended the World’s Columbian Exposition in Chicago. Three men boarded the train and robbed the passengers of about $6,000, and then shot and killed the conductor. The search for the robbers was widely covered at the time, and they were captured a few months later and sentenced to death for the crime. The train tracks still run through Olyphant. 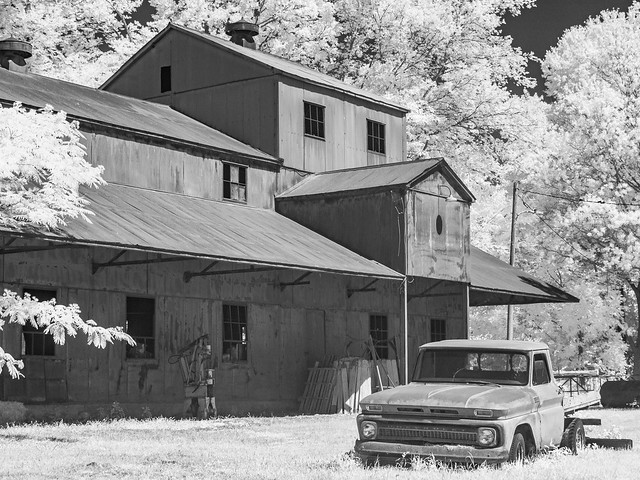 I went back to the car and headed east. I stopped by the old Weldon Cotton Gin, which was built in 1939 but ceased operations in the 1980s. It still sits, rusting away but still in fairly good shape. 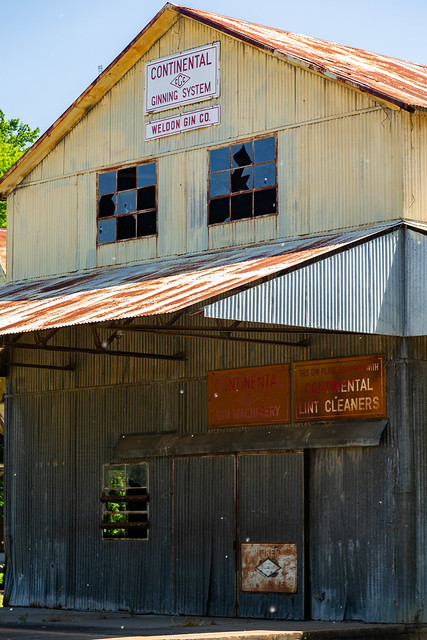 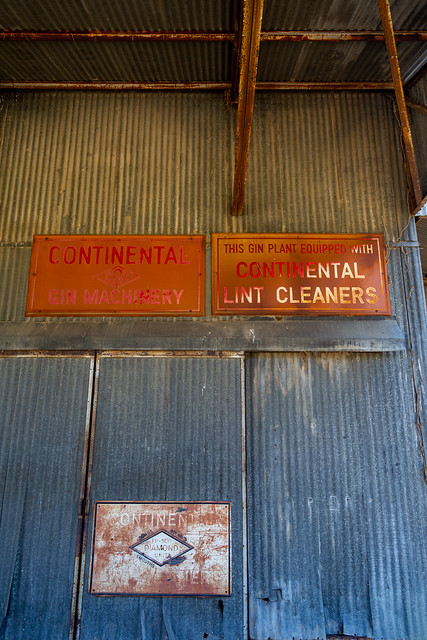 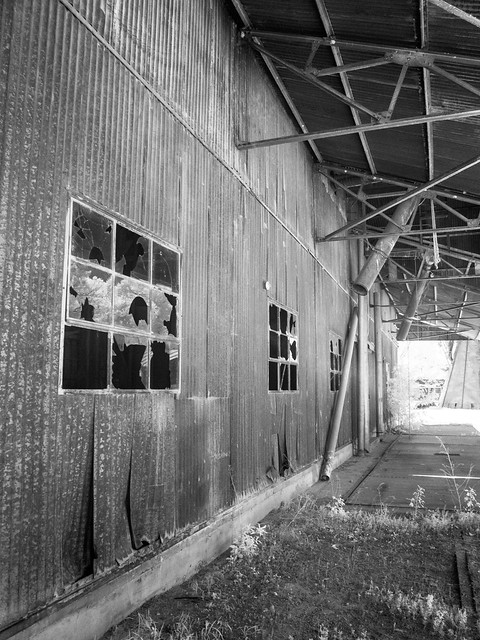 The inside of the gin still had all the old machinery, which looked massive and took up most of the interior. I pointed the camera through the windows and tried to get a few shots. 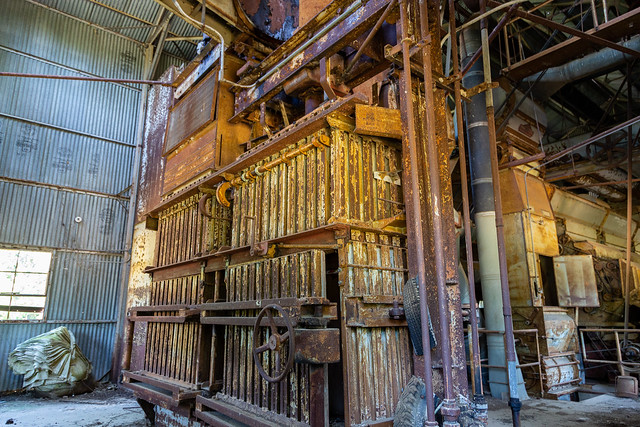 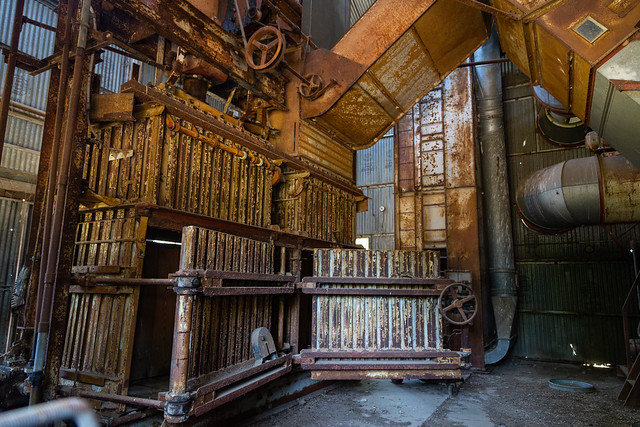 I was startled when the current resident of the gin (I think it was an owl) got annoyed at my taking pictures and flew off with a loud crash of wings. 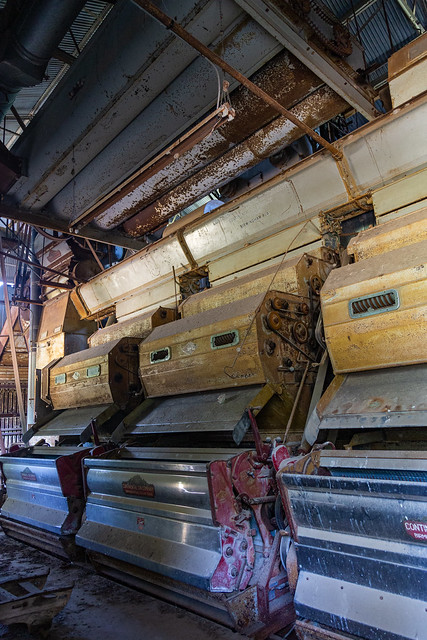 Parked nearby was this old GMC truck, left to rust away under the shade of a tree. 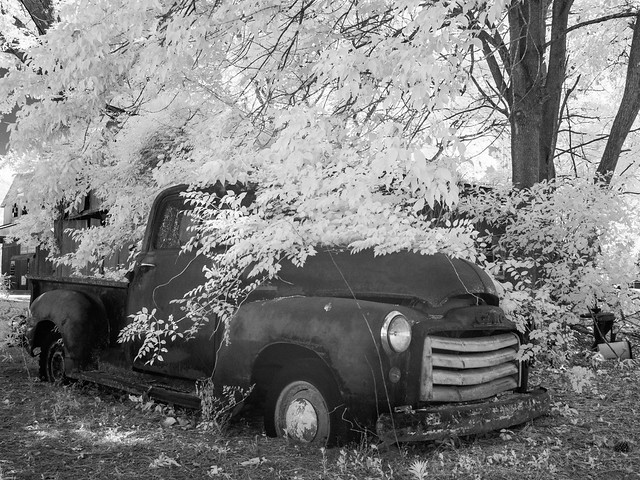 I hurried back to the car and the AC, but made another stop at an old abandoned church. I've gotten a few shots here over the years, and was sad to see that it is looked pretty rough now. The doors have been boarded up (presumably for safety reasons), and it looks like the building may collapse at any moment. It's sad to see a great structure like this being so close to being lost. 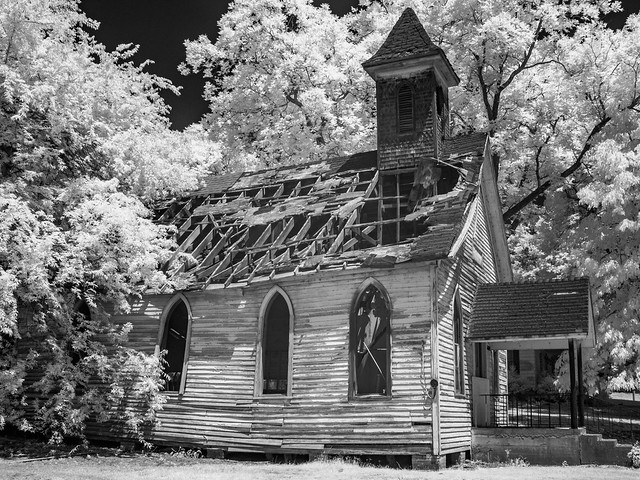 I headed on, making another quick stop at these small silos along the side of the road. 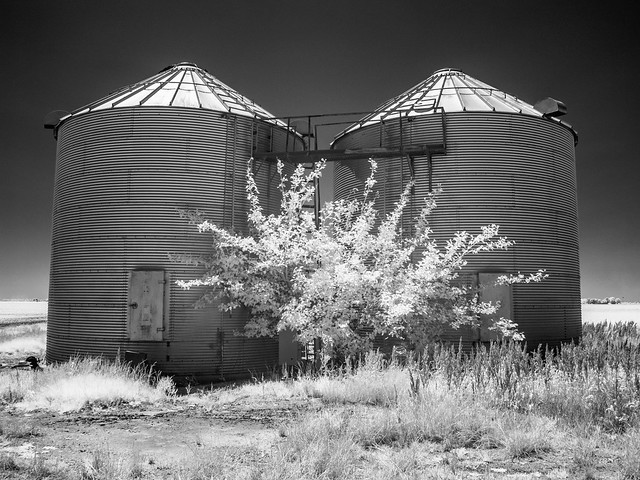 From there I reached Whitehall and stopped at the old Bacon Hotel. After wading through tick-filled grass, I headed back to the car and headed south towards the freeway. Along the way I stopped again at this old business, which looked to have been closed for awhile. 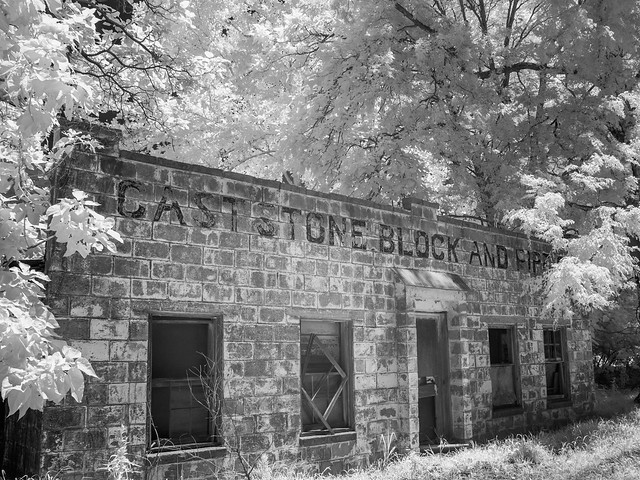 I next headed through the small town of Cotton Plant, which used to have some great old historic buildings in it. But unfortunately, the town has recently been the victim of an arsonist who has burned down several old and abandoned properties. It is a shame, and a depressing reminder of how fragile some of these old structures are and how quickly they can be destroyed and lost. 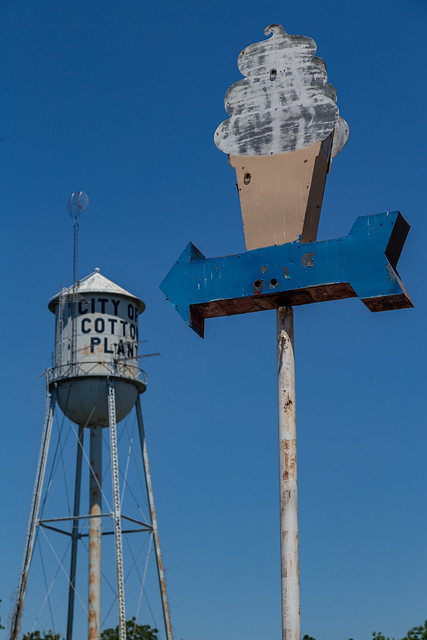 Before getting back onto the freeway, I stopped by one last old building. This old home, which may have been a sharecropper cabin at one point, was sitting along a dusty dirt road. 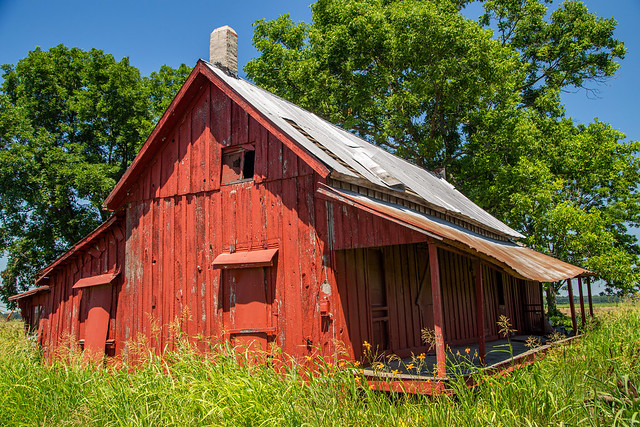 Posted by Cormackphotos at 11:10 PM