While heading home I decided to quick swing through downtown Little Rock with the infrared camera to try to get a few pictures. The first stop was the venerable old Pulaski County Courthouse, which dates back to 1887. 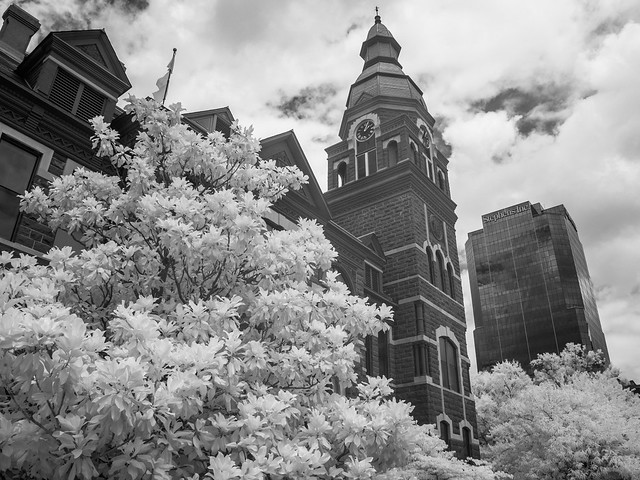 And about a century after the courthouse was built, its neighbor the Stephens Building was constructed (in 1985). At 25 stories, it's the fourth tallest building in Little Rock. 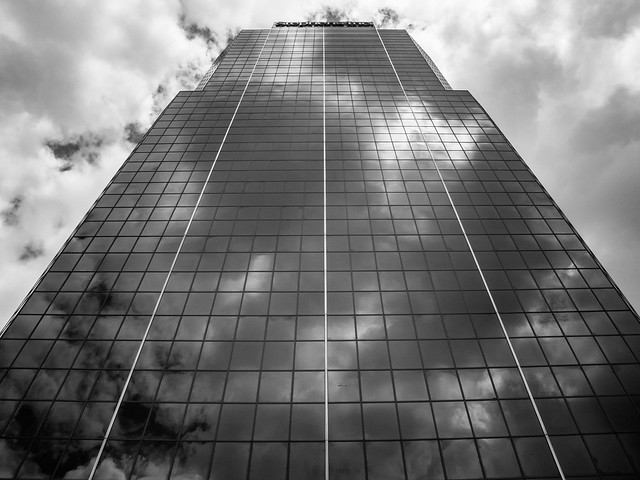 And then across the street from the Stephens Building is the Old State House, which was built between 1832-1842 as the first capitol building for the state of Arkansas. 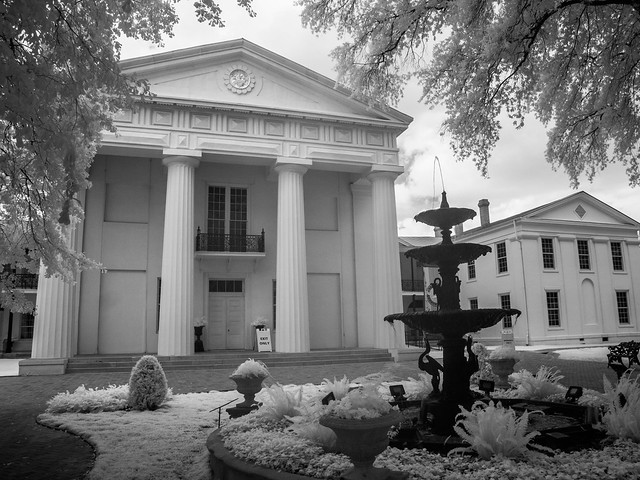 And then just down the road is the art deco Robinson Center, built in 1939. This was taken from the small park across the street: 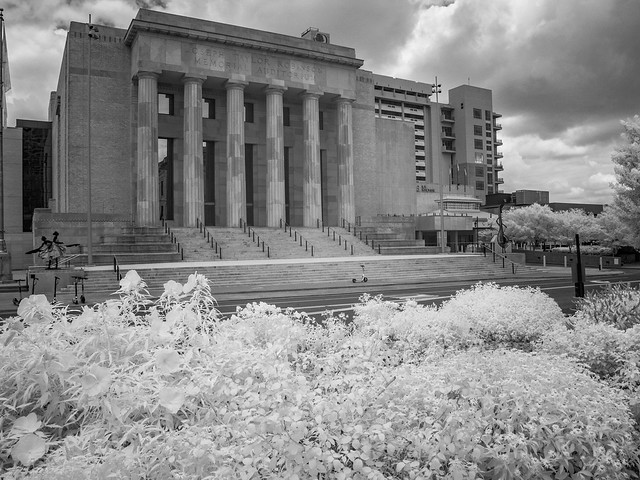 Posted by Cormackphotos at 11:17 PM