A really good photographer that I follow on Instagram recently posted a picture of a grand old barn near Sheridan, which was sadly starting to fall apart. I reached out and she was kind enough to point me in its direction. So one Sunday afternoon I hurried over to get a few pictures before more of it collapses. But along the way I stopped by an old church near Alexander, which has also been left alone and abandoned. 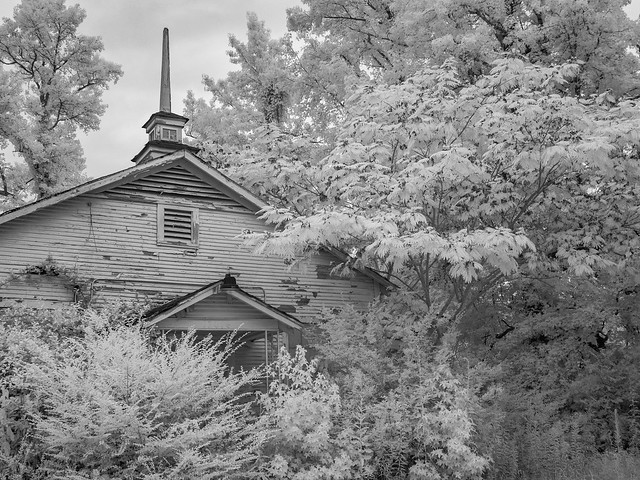 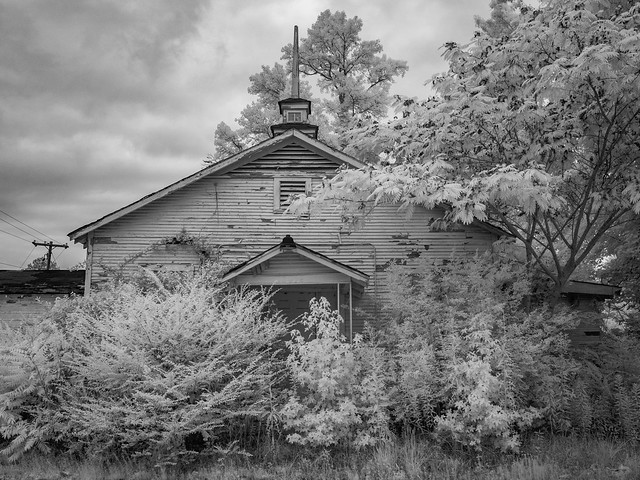 I drove south and eventually reached the old barn. It sits right outside of Sheridan, which has a population of about 5,000 and is the county seat of Grant County. It looks like the loft inside the barn has collapsed, along with some of the interior walls. The shell of the exterior is still holding up, but who knows for how much longer. 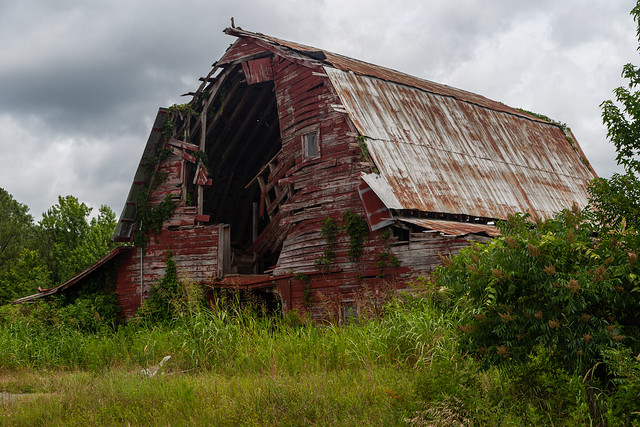 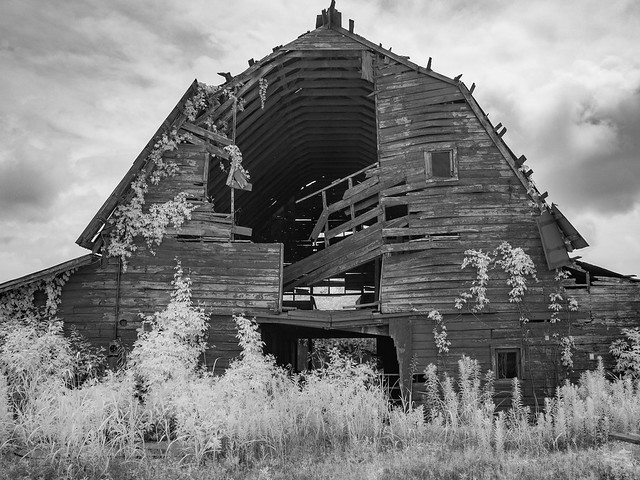 It is a very photogenic old barn. I wish I had the opportunity to get pictures of it earlier. 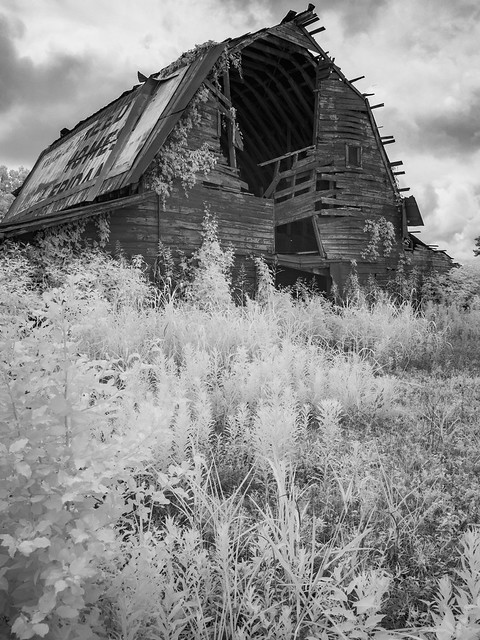 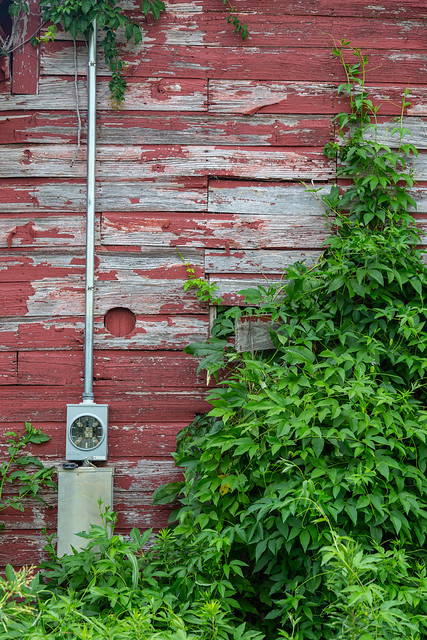 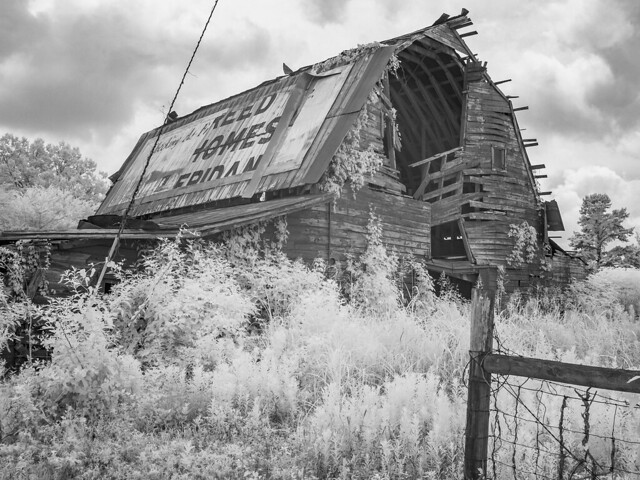 My apologies for posting so many pictures of just one barn, but it was such an interesting old place that I couldn't help but take a ton of pictures... 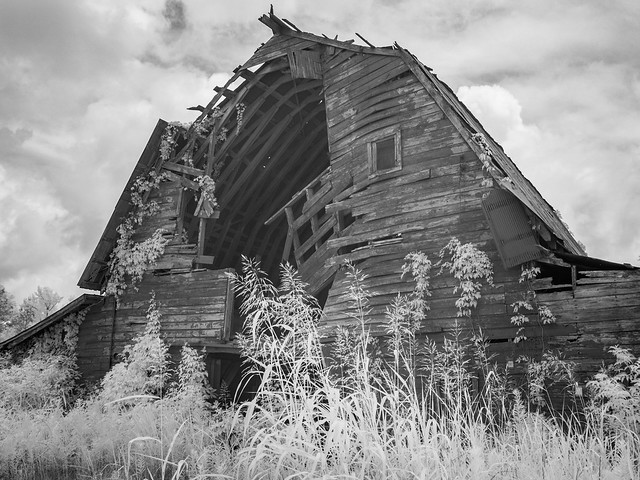 Advertisements used to hang on both side of the old barn. The ads on one side were completely faded and gone. But on the other side there remained the remnants of few previous signs (one for a bank and the other for real estate, maybe?). 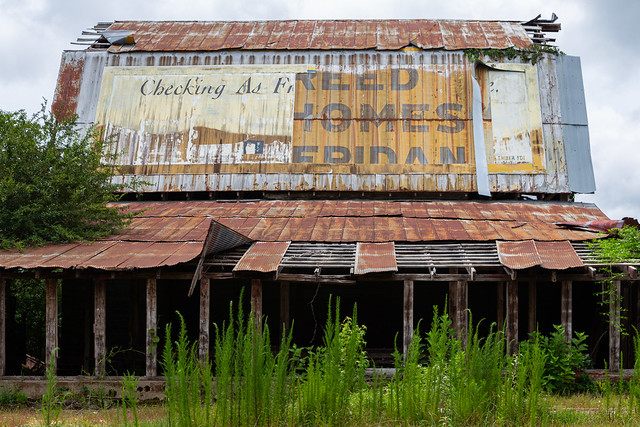 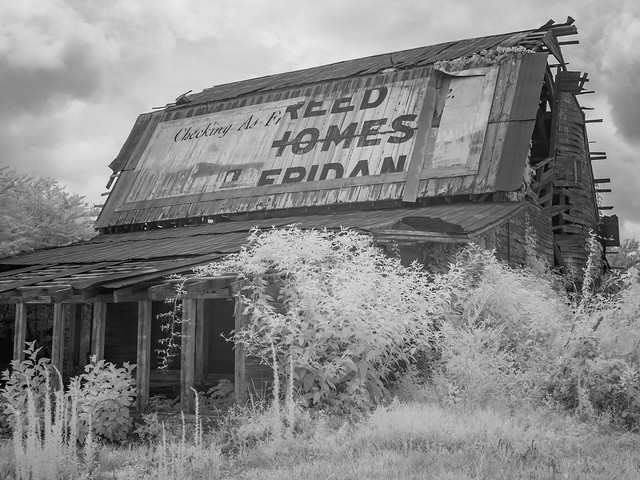 Scattered around the barn were pieces of the metal roof, which had curled and twisted off from the barn like they were peeled off with an old-timey can-opener. 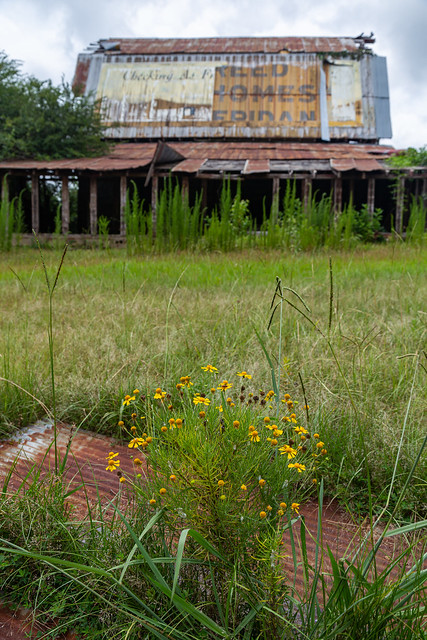 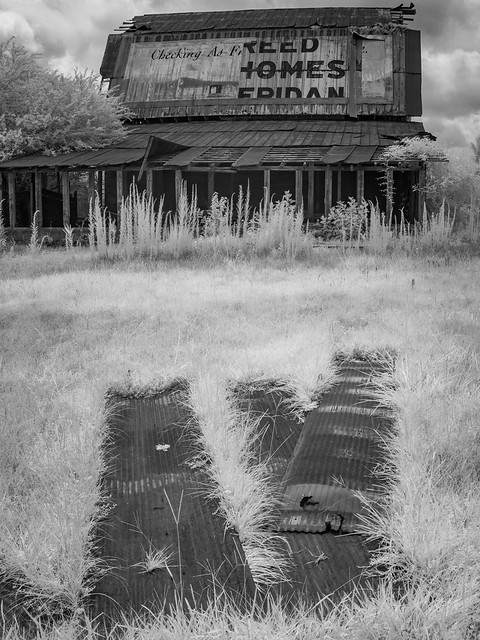 I headed back to the car and the welcome embrace of air-conditioning, and started to drive back home. But along the way I made a quick stop along this road that seemed to go through a tunnel of overhanging trees. 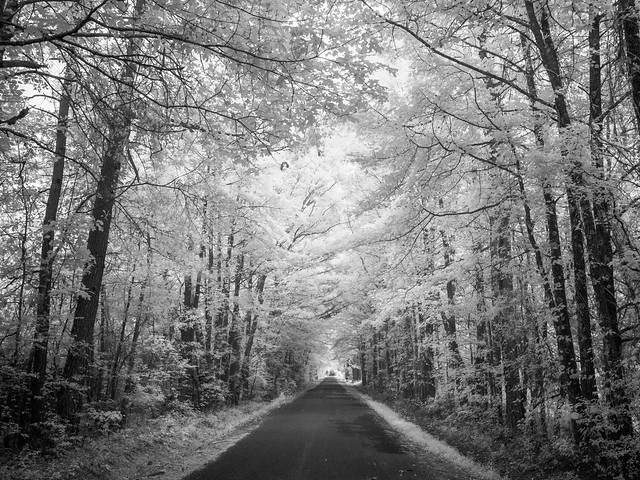 And then I quickly pulled over to get a picture of this abandoned building, which may have once been a market (according to a sign that was almost completely covered by vegetation). 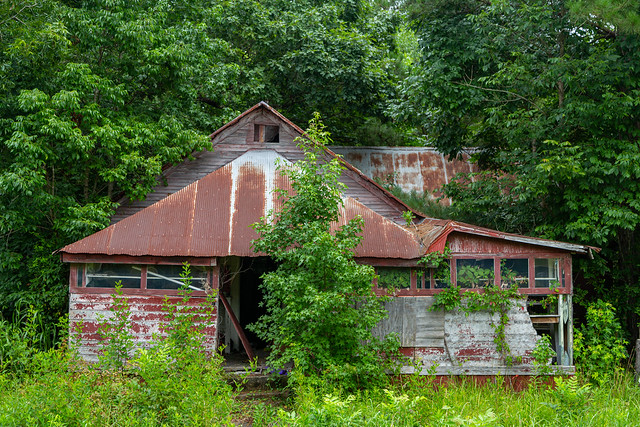 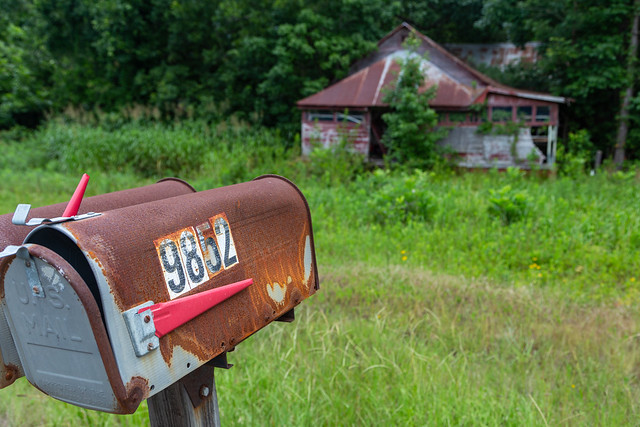 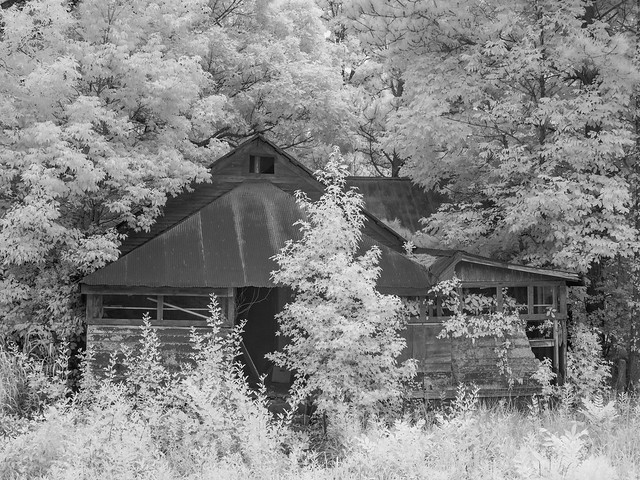 And one last shot, before heading back to Little Rock: 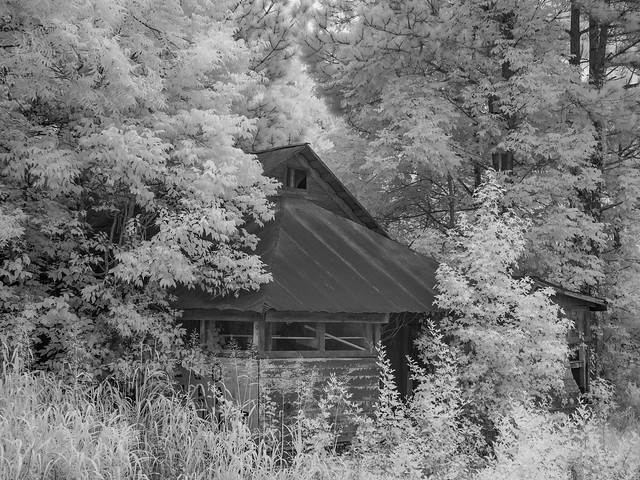 Posted by Cormackphotos at 10:13 PM