For just a few days each year, if your timing is just right, you can stand at a certain spot on the Two Rivers Bridge in Little Rock and watch the sun set directly over the top of Pinnacle Mountain.  This is a shot from a years ago when I was actually able to get a decent picture of it: 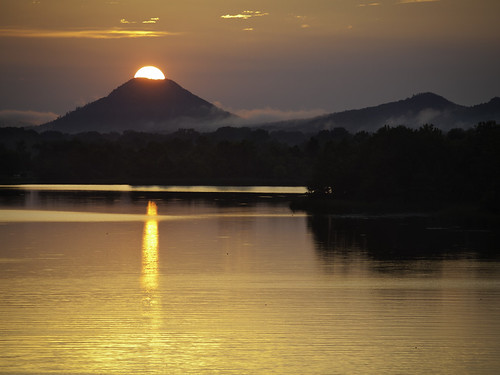 Conditions have to be just about perfect for the shot to turn out. If there are any clouds floating along the horizon, then they will probably get in between you and the sun and mess up the shot. That happened twice last week, when I tried to get a newer shot of the sunset. Each night had just the right amount of clouds pass through and block the sun. On the bright side, it did at least make for a decent sunset one night. At one point the light from the sun looked like a cone of light erupting out of the volcano-shaped Pinnacle Mountain. 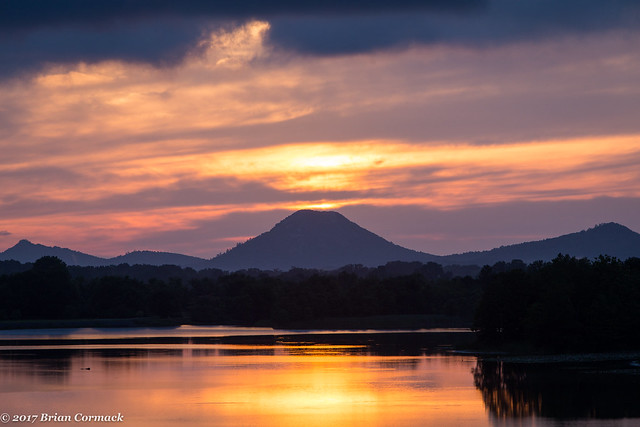 And pretty soon afterward the entire sky lit up with soft pink and orange colors, which were reflected in the waters of the Little Maumelle River. 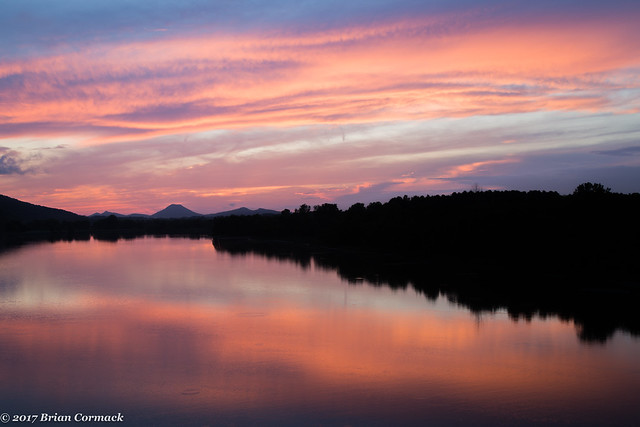 When the sunset had faded away, I headed across and got a few pictures looking back at the bridge from the park that sits along the peninsula at the confluence of the Little Maumelle and the Arkansas Rivers. It's a popular spot, there were lots of people out biking and walking. And there were also thousands upon thousands of insects swarming by the trees along the river. I couldn't tell what kind of bug they were, but as it got dark they all flew towards the lights on the bridge (where many were caught in the numerous spider webs that were strung up on the bridge railings and light poles). There are probably a ton of fat and happy spiders that live on the bridge. 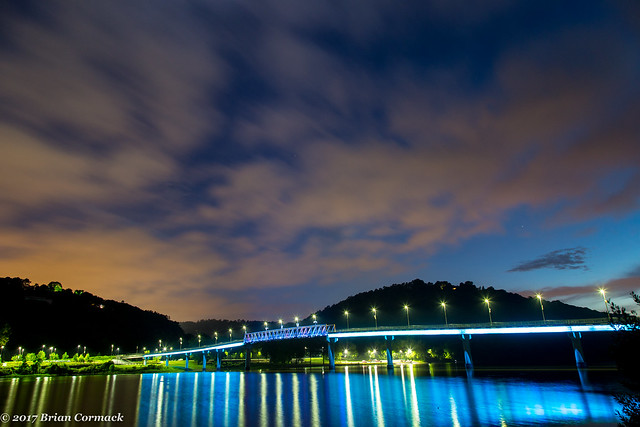 Posted by Cormackphotos at 10:24 PM