The Riverfest music festival was held the first weekend of June, which ended with the traditional fireworks show on Sunday night. I wanted to try to get some pictures of the fireworks, so I headed out to Fort Roots in North Little Rock, which has one of the best views of downtown Little Rock. 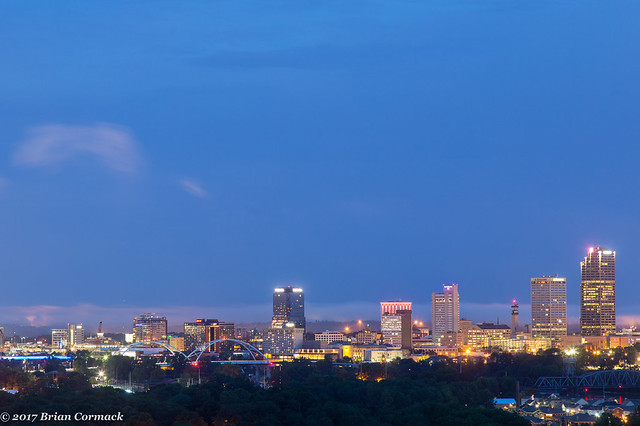 It is a neat area not just because of the view overlooking the city. Fort Roots sits on Big Rock Mountain (which was named by early explorers because it was a landmark along the river, like the little rock just downstream on the river that the capitol city was later named after). In 1893, the US military established a fort on the mountain. Although Fort Roots is now home to a VA hospital, there are still many old buildings dating back to the turn of the century that are still standing and which have been added to the National Registry of Historic Places.

Eventually, the fireworks show started and I managed to take a few pictures that turned out ok. Here is one, with the fireworks and the Little Rock skyline.