From Cape Cod, we headed back into Boston. Our first stop in the city was the John F. Kennedy Presidential Library, which sits on a point and overlooks Dorchester Bay, the Atlantic Ocean and downtown Boston. The library opened in 1979 and was designed by the architect I.M. Pei. It is a striking building, which is dominated by a large 115 foot-tall glass pavilion. 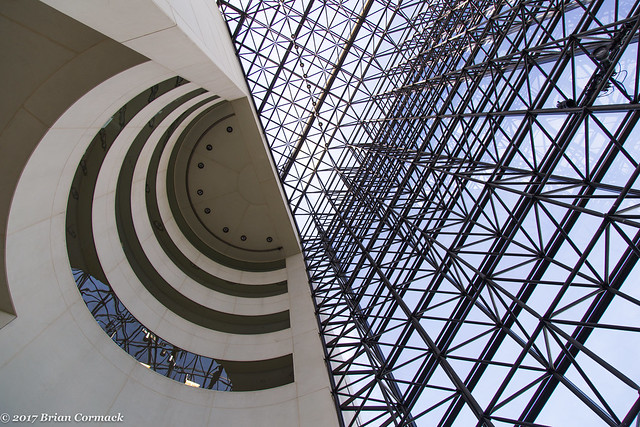 The library houses all sorts of exhibits about the Kennedy Administration and has a recreation of the Oval Office. I wished there was more information about his life before he became President, but they did have a few artifacts on display from his childhood and his time in the Navy. It was still a pretty interesting place to visit. 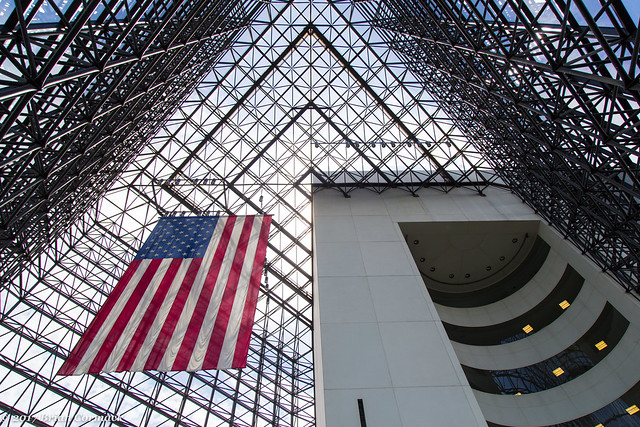 We just recently made a trip to Dallas, and went by Dealey Plaza where Kennedy was murdered. It was a sad and frustrating visit. People were rushing out into the street to take selfies on top of the white “X’s” that mark the spot where the president was shot. People were selling conspiracy theory junk on the grassy knoll, and others were accosting tourists trying to ask for money. It was tacky and disrespectful, so it was refreshing to visit a place that showcases his life and not just the tragic end to it.

This is the view looking back at the library, with downtown Boston in the background. 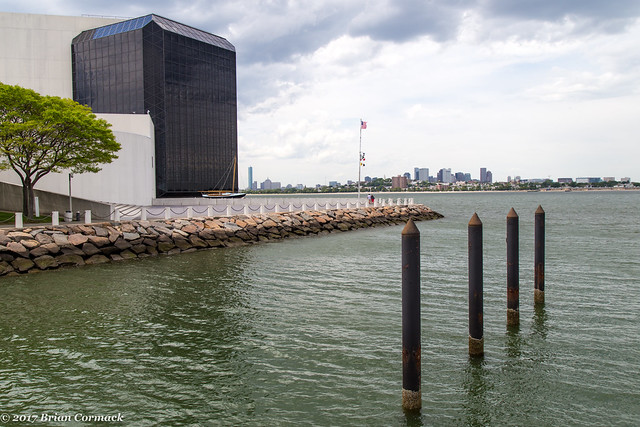 From there we headed into Boston, checked into our hotel and grabbed some dinner. After we put Jonah to bed I headed out and tried to get some pictures in downtown Boston. I ended up at Fan Pier Park, which sits along the Riverfront and provides some great views of the skyline. 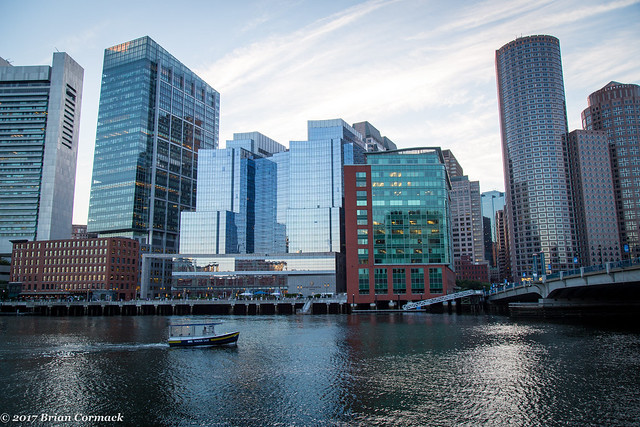 It was a pleasant evening out, with a nice breeze. The bars and restaurants along the water were packed with people, and the park was filled with lots of people out walking (and a few other people taking pictures).

Not sure what this old building in the water is, but it looked cool… 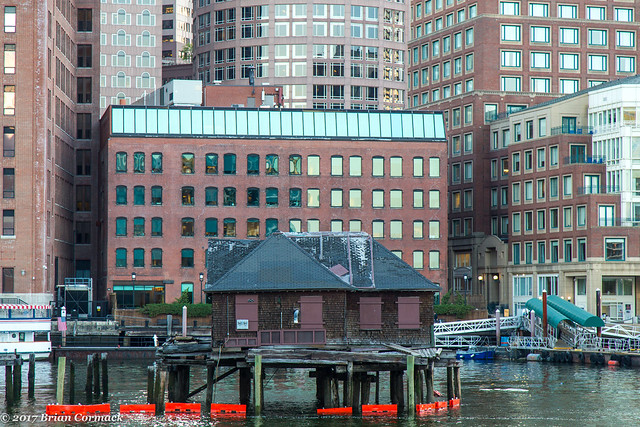 Just a short walk away is the Boston Tea Party Museum, which commemorates the spot where demonstrators dumped crates of tea into the harbor in 1773 to protest Tea Act. The protest helped lay the foundation for the Revolution. 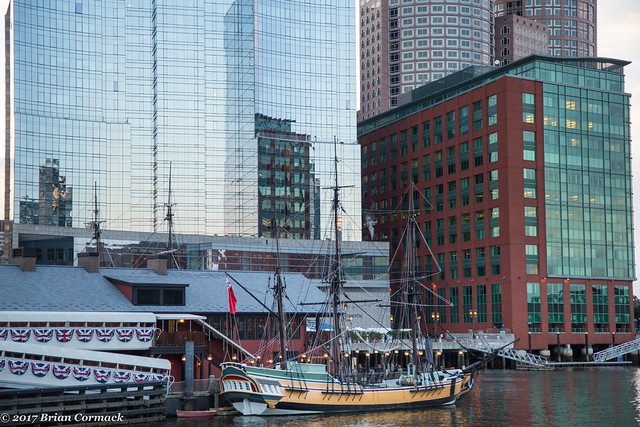 Fan Pier Park provides some sweeping views of downtown Boston, and I grabbed a spot and waited for sunset. Along with other tourists and locals out, there were lots of seagulls and even a few seals out in the water. 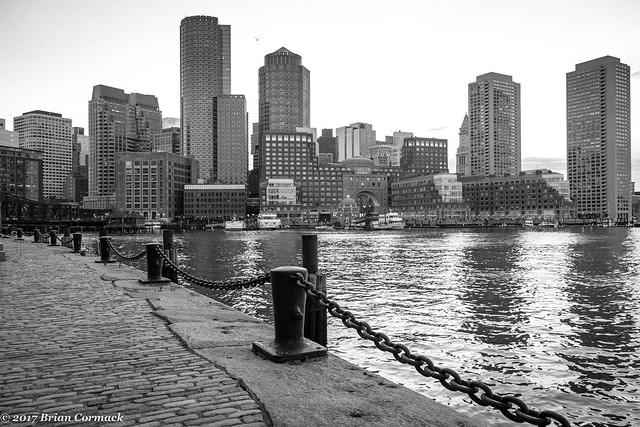 After sunset, the sky and the buildings lit up with deep colors. It was a great view of downtown Boston, which is a vibrant and historic city. It’s been awhile since I’ve been to an American History class, so I had forgotten how much history has happened in this city over the past few centuries. Boston was founded way back in 1630, making it one of the oldest cities in the country. 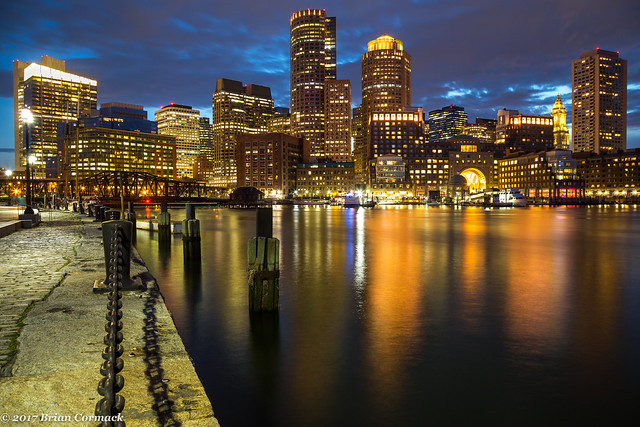 The next day we headed out and hit the Freedom Trail, the 2.5 mile path that connects several sites that were important to the Revolutionary War and the history of Boston. It ended up being a little bit of a hectic visit. I’ve been a bit spoiled, I guess, by living in Little Rock. It is technically a city, but it's nowhere close to being a big city like Boston. We never have to worry about finding a place to park downtown, or really having to deal with any big crowds. But going through the Freedom Trail with a stroller was maybe not the best idea. It didn’t help that Boston was holding their Pride Parade that day, so lots of streets were closed and the narrow sidewalks were packed with people.

But we joined the crowd and started the Freedom Trail at Boston Common. The trail passes by the Massachusetts State House and then goes by the Park Street Church, which was built in 1810. 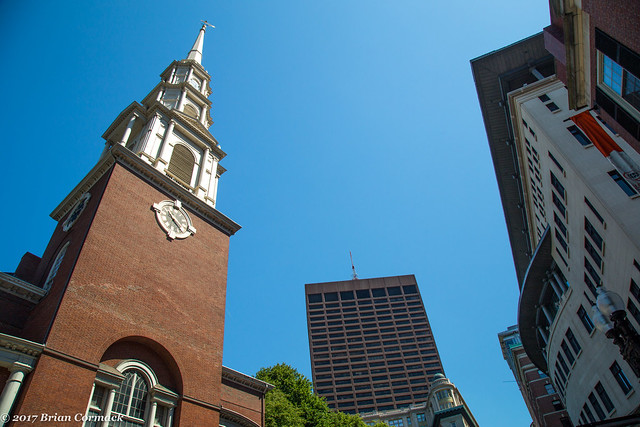 Next to the church is the old Granary Burial Ground, which was founded in 1630 and is the third oldest cemetery in Boston. The cemetery is the final resting place for many Revolutionary War figures, including John Hancock, Robert Paine, Samuel Adams and Paul Revere. The cemetery also holds the graves of the people killed during the Boston Massacre. 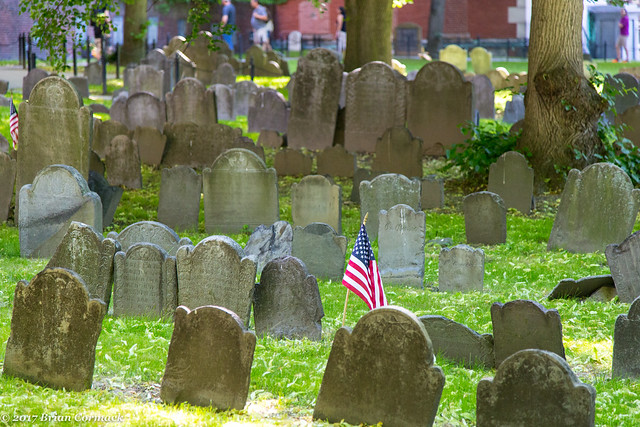 We went into the King’s Chapel and Burial Ground, but the bright sun was a little harsh and the pictures didn’t really turn out. We then went by the Old South Meeting House, a church that was built in 1729 and was the spot where the Boston Tea Party was organized. Due to its association with the Revolution, British forces occupied and gutted the building in 1775, filling the interior with dirt so that it could be used to practice horse riding. 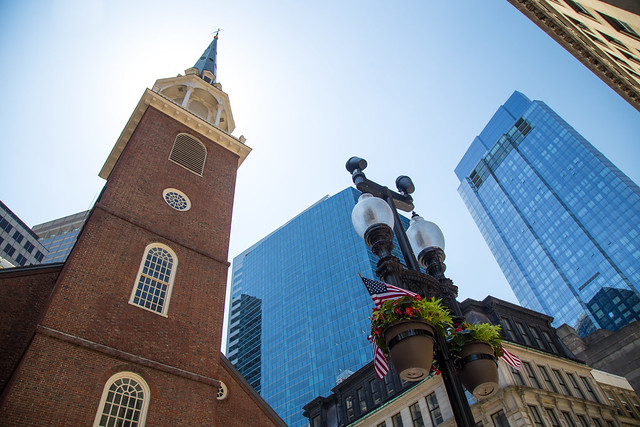 Just outside of the Old South Meeting House was this memorial to the victims of the Irish Famine. 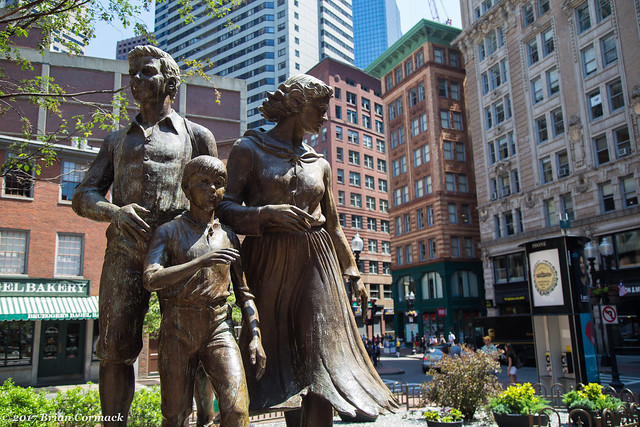 We followed the Freedom Trail to the Old State House, which was built in 1713 and is one of the oldest public buildings in the country. Before the Revolution, the building served as the seat of the colonial government. It was in front of the building where the Boston Massacre occurred in 1770. 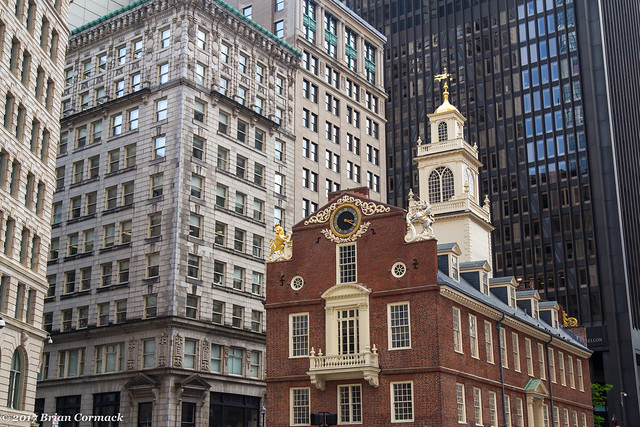 We went next to Faneuil Hall, where we got lunch at the touristy Cheers restaurant there (the beer was good, at least). We then walked into the North End, got a cannoli from Modern Pastry and then went by Paul Revere’s House. There were a lot of people waiting in line in front of his house, so my pictures didn’t really turn out. But by then we had a tired little baby and we needed to return the rental car to the airport, so we headed back to the hotel.

The next morning I had to fly back home, so we again woke up Jonah and packed up the bags and headed to the airport. I tried to get one last shot of Boston, from the window of the plane as we took off. Our visit to Boston was short, and we didn’t see everything that we wanted to see. But we will definitely try to return again soon! 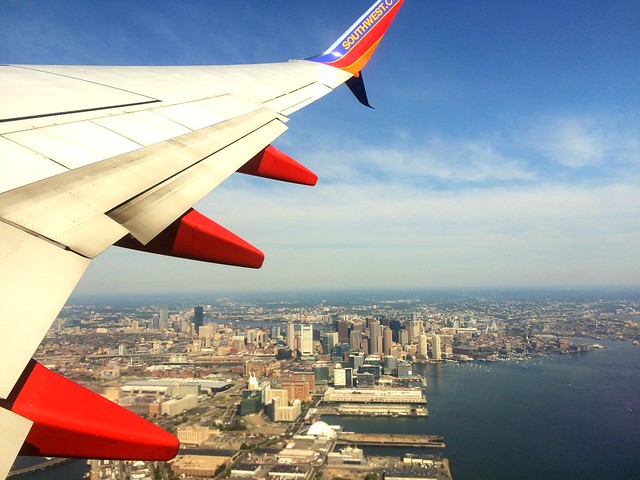 Posted by Cormackphotos at 11:32 PM