Earlier this month, we flew up to Massachusetts for a quick visit to Cape Cod and Boston. We headed up there to meet up with an old college friend who was there on vacation with his girlfriend. He lives in England now, and he’s only been back to the US once since college, so we definitely wanted to try to meet up when we were all back on the same continent again.

I was a little nervous about the flight to Boston, since we would be bringing a 16 month old baby with us on the plane. Our flight out of Little Rock was early, so we had to be at the airport by 5:00 in the morning. So we showed up at the airport with a tired and already cranky baby, much to the delight of all the other travelers at the airport. But Jonah actually did really well on the plane. On our first flight to St. Louis he played and was quiet. On the second flight to Boston he cried for a few minutes and then slept for the remainder of the two hour flight.

We landed in Boston, got the rental car and finally started driving towards Cape Cod after pushing through the traffic in Boston. I had never been to New England before, but after this trip we are now tempted to just sell everything and move right up to Cape Cod (even if the winters are perhaps a bit colder than what I’m used to in Arkansas). Cape Cod is beautiful, and we fell in love with it. It has a perfect combination of things – history, beaches, great restaurants and some amazing architecture. It was also very peaceful, with a relaxed and laid-back vibe that was contagious.

The first town we explored was Provincetown, which sits at the very northern tip of Cape Cod. It’s a very quant and picturesque little town, with a charming collection of well-preserved old buildings. I thought it looked like a movie set, with a busy downtown area that had lots of different little shops and galleries and seafood restaurants (I had the lobster roll at The Canteen, very good). This is the old Unitarian Universalist Meeting House, which was built in 1847. 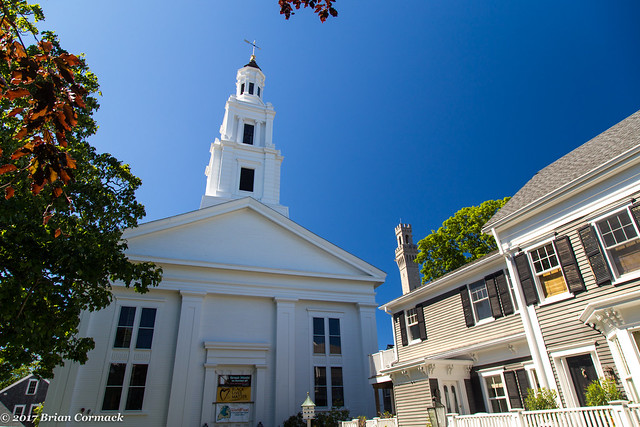 People have been living or visiting this spot on Cape Cod for centuries. The area had long been the home of the Nauset Native American tribe. In 1620, the Pilgrims on the Mayflower stopped in the harbor of what is now Provincetown before they reached Plymouth. It was here where the Mayflower Compact was written. The town of Provincetown was settled in 1700 and officially incorporated in 1727. The town grew as a center for fishing and whaling, but it also became a haven for artists and tourists. 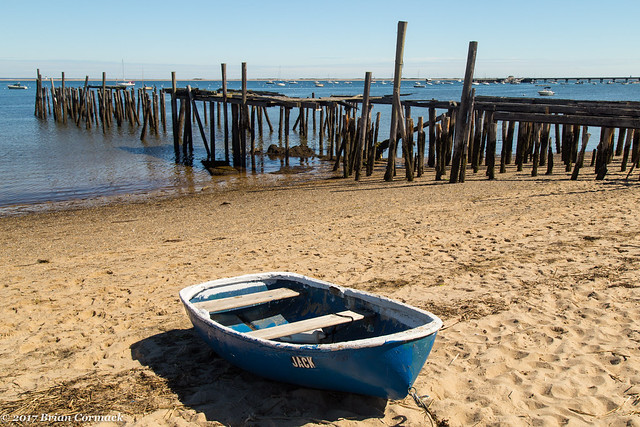 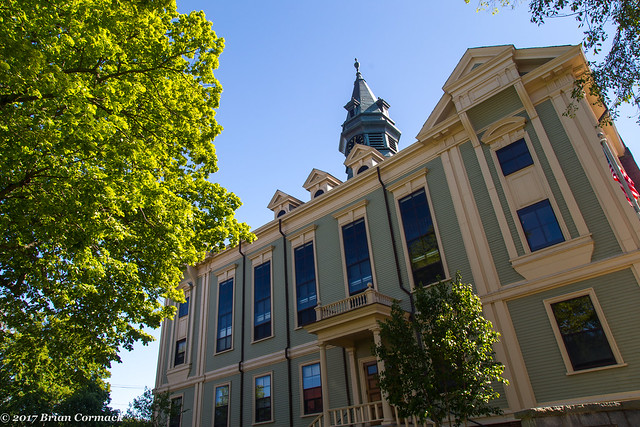 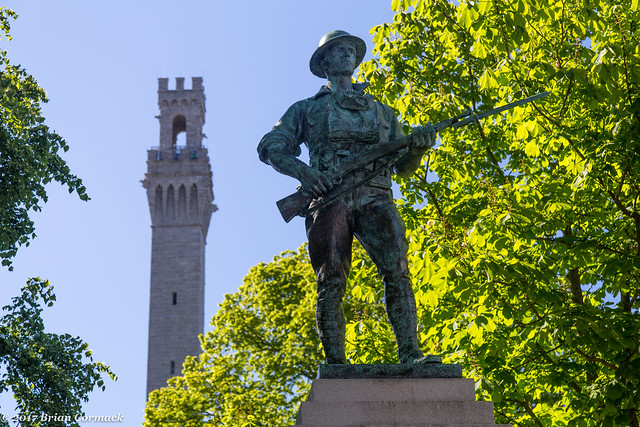 After lunch and a few hours wandering the streets of Provincetown, we headed back to our hotel. Along the way, we stopped by the Highland Light in the Cape Cod National Seashore. The Highland Light is the oldest and tallest lighthouse on Cape Cod. 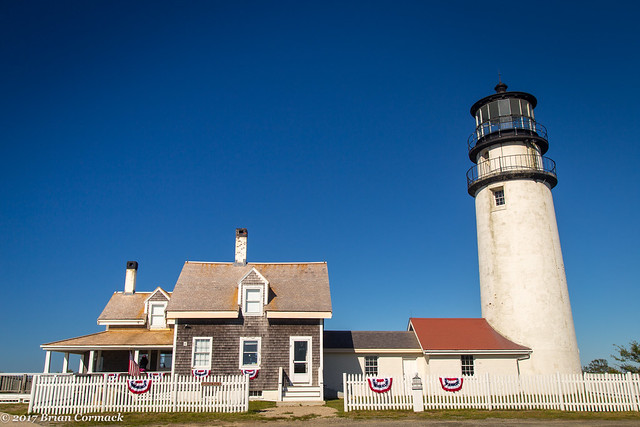 In 1797, George Washington authorized a station and lighthouse to be constructed here, since the area around the Cape had become known as the "Graveyard of Ships." The current brick lighthouse here was built in 1857, and it is still in use. The light that is used now is over 620,000 candlepower, which makes it the most powerful lighthouse in New England. Ships can see the beacon for over thirty miles. In 1996, the lighthouse was moved 450 feet to the west, due to erosion weakening the cliffs below the lighthouse. Here is one last shot of it, with the sun reflected in the lighthouse glass. 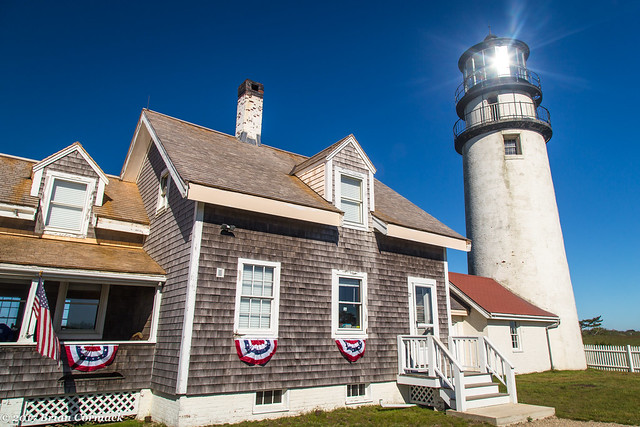 The next day we headed over to Chatham, which sits on the southern tip of the Cape (in the “elbow”). Our first stop was the Chatham Lighthouse. The first lighthouse was built here in 1808, which makes it the second oldest lighthouse on Cape Cod. The current cast iron and brick lighthouse was built in 1877. Today, the former lighthouse keeper’s house is used by the US Coast Guard. 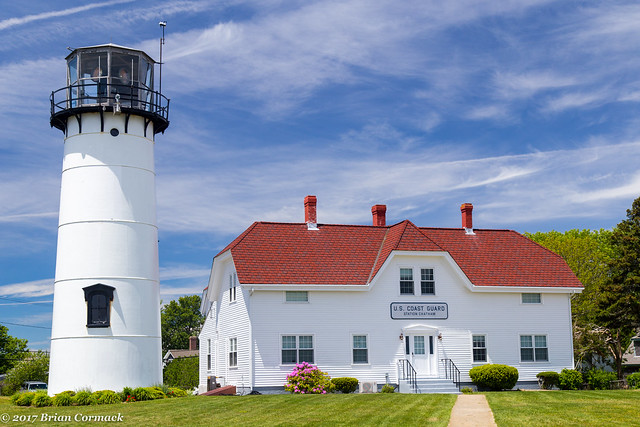 The lighthouse overlooks a beautiful sandy beach, which stretched down into the ocean. 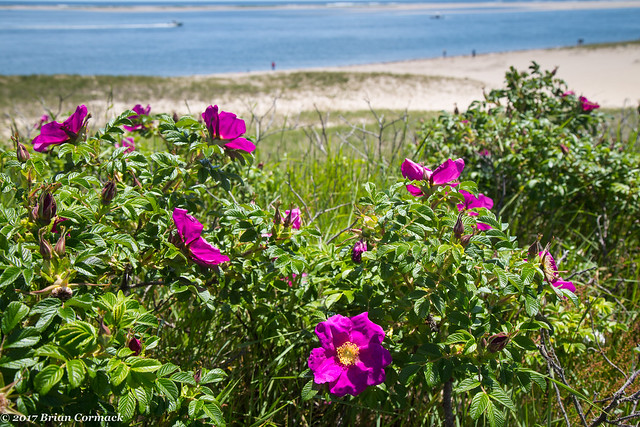 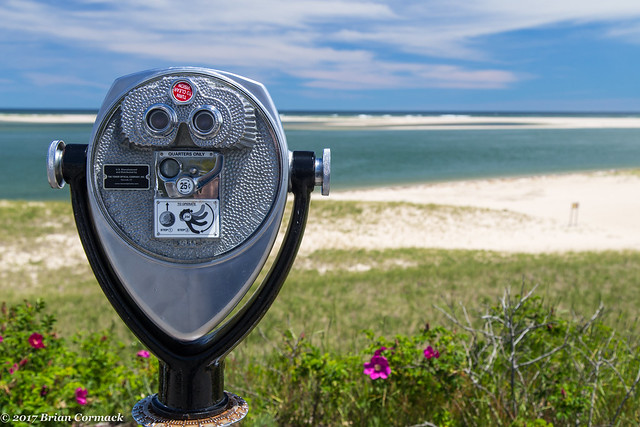 We took Jonah down to the beach and let him play around. Living in a landlocked state, he hasn’t had much experience at the beach and it was probably a different experience for him (he only tried to eat the sand once). He was determined to crawl out into the water. 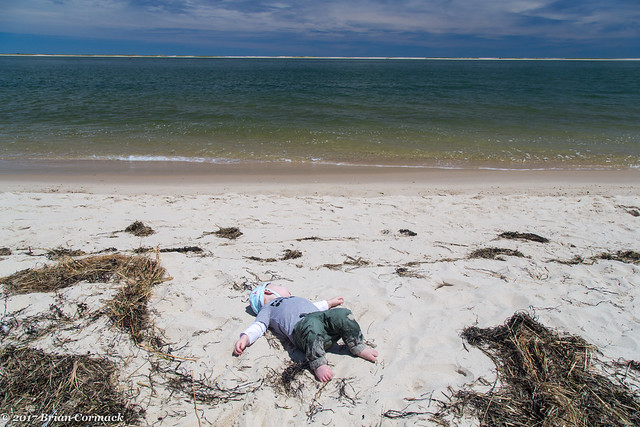 After that we headed into Chatham, which was first settled in 1665 and incorporated in 1712. Chatham was a prosperous town in the 18th century, thanks to fishing, whaling and shipping. Now the town has a great collection of old buildings that have been well preserved. It’s another quaint and charming little town. 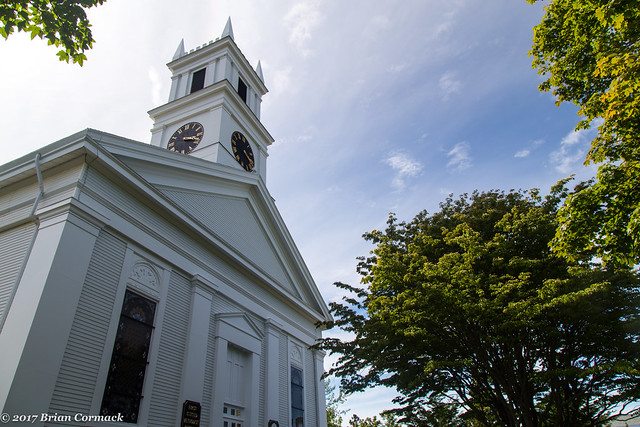 This is the First Congregational church, which was built in 1820. 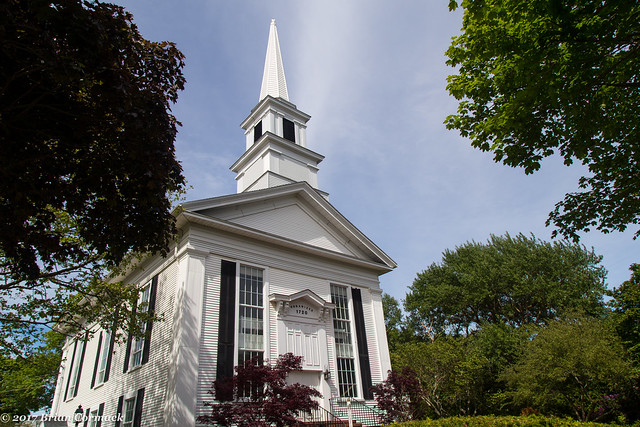 There was one lighthouse that I really wanted to get some pictures at twilight, but didn’t have any time at night since we were hanging out with our friends. So the only option was to head out in the early morning to get some pictures of it before sunrise. So I woke up early, snuck past the baby sleeping in the Pack & Play, and headed out to take some pictures.

The lighthouse was about 45 minutes away from our hotel, and it was pouring down rain. I wasn’t too excited about standing out in the rain while taking pictures, so I stopped at a gas station to buy an umbrella in order to at least make an attempt at keeping the camera dry. But of course, I had left my wallet back at the hotel.

I finally made it to the lighthouse, just as the sky began to lighten in the east. The rain actually tapered off, and I hurried to get a few pictures while the light was good. Nobska Lighthouse stands 42 feet tall and sits along the rocky shore that overlooks the Vineyard Sound and Buzzards Bay. 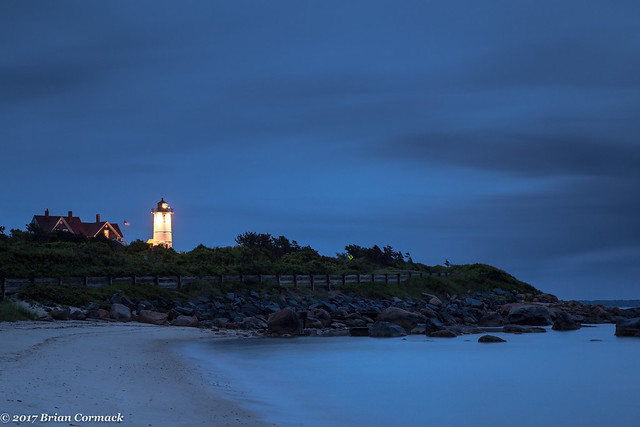 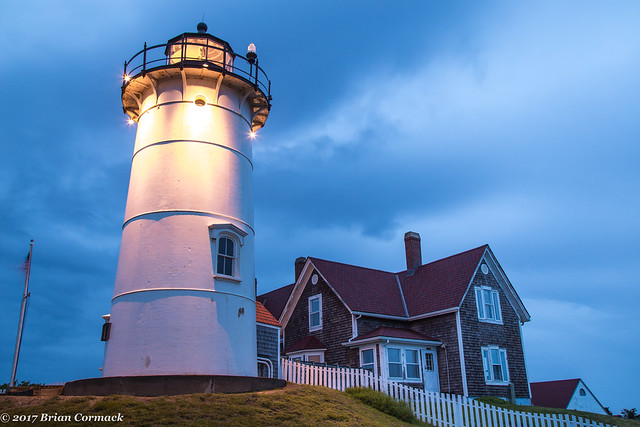 I headed back home and managed to get a few hours of sleep. Sadly, this was the end of this visit to Cape Cod. We packed up the car and drove back into Boston. But I know that we will definitely return to Cape Cod, we barely scratched the surface of all the things to see there. Hopefully we will be back soon!
Posted by Cormackphotos at 10:56 PM