The next morning, we had breakfast at Besaw's and then took another drive out of the city. This time we headed west, towards the Pacific Ocean. Portland is perfectly placed, after about an hours worth of driving through the Tillamook State Forest, we were at the beach. 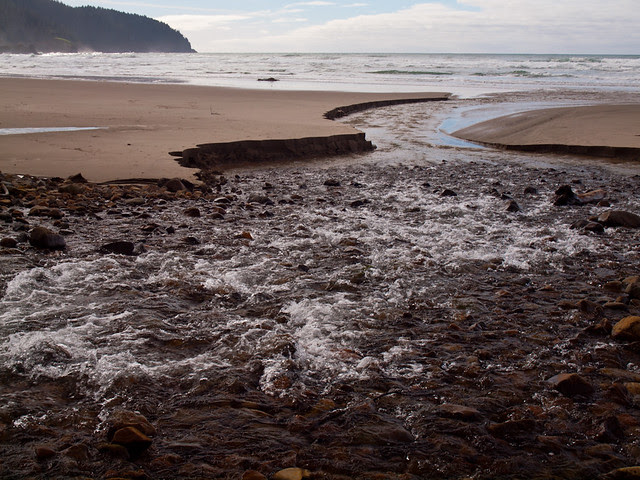 This was at Cape Lookout State Park, where this creek flowed out from the woods and right into the ocean. I'm used to the beaches of Florida, so it was an interesting change to see thick forests and bluffs along the beach. The bridge here carried a trail (the Oregon Trail?) over the creek that flows into the ocean in the above picture. 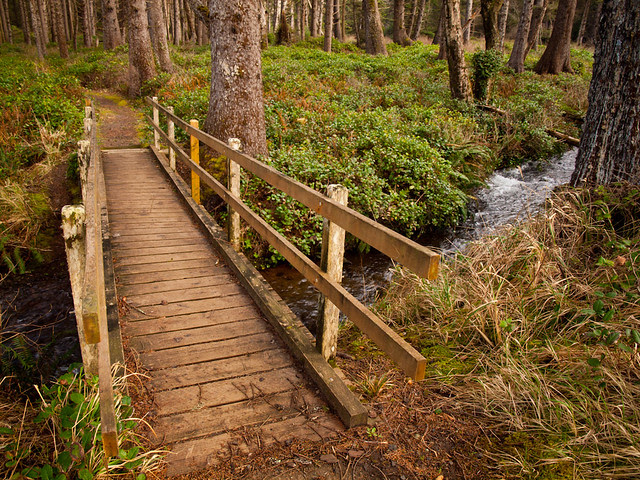 From there we headed north and stopped at the Oceanside Beach State Recreation Site. I was really excited when I saw this beach, because I assumed this was where they filmed the end of the classic film, "The Goonies." But it wasn't, unfortunately. That beach is actually about an hours drive up the coast. We took a few pictures here, and got a little soaked by some waves. 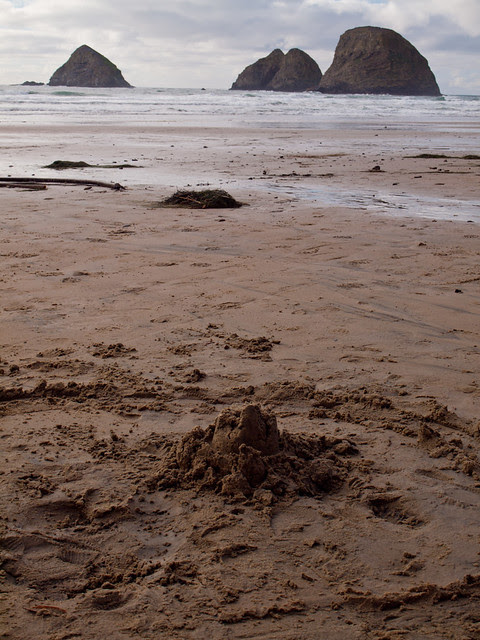 The rocks here are actually called the Three Arch Rocks, and are protected as a National Wildlife Refuge.

After that we drove north to the Cape Meares State Park. The park sits on above 200 foot tall bluffs, with the ocean crashing below. 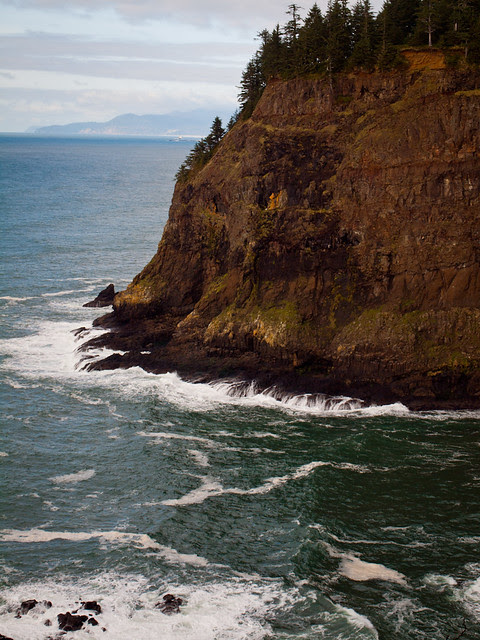 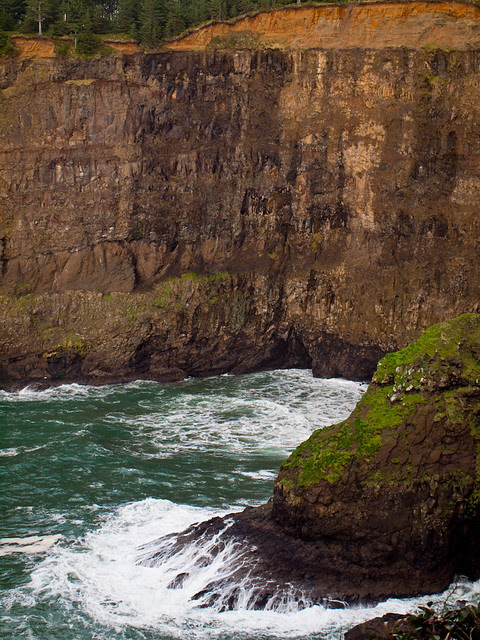 The lighthouse at Cape Meares was built in 1889, and deactivated in 1963. Like most old things in this country, it was nearly demolished. But there was a public outcry and the building was preserved. It's open to the public, but there has been a history of vandalism there. In 2010, some drunk idiots took their guns and shot up the lighthouse, ultimately causing nearly $500,000 in damages. We only shot a few pictures when we there. 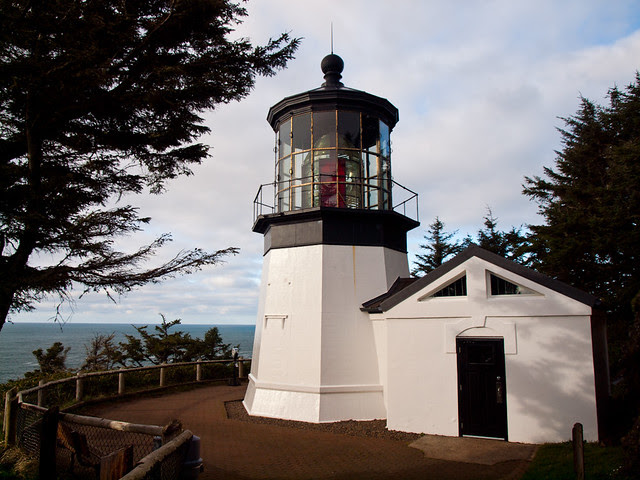 A trail followed the edge of the bluff, overlooking the ocean and the Three Arch Rocks. It was a partly cloudy day, and the sun managed to break through the clouds a few times. 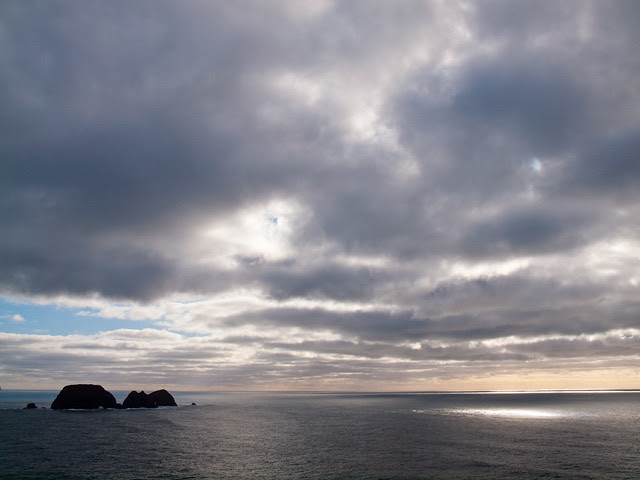 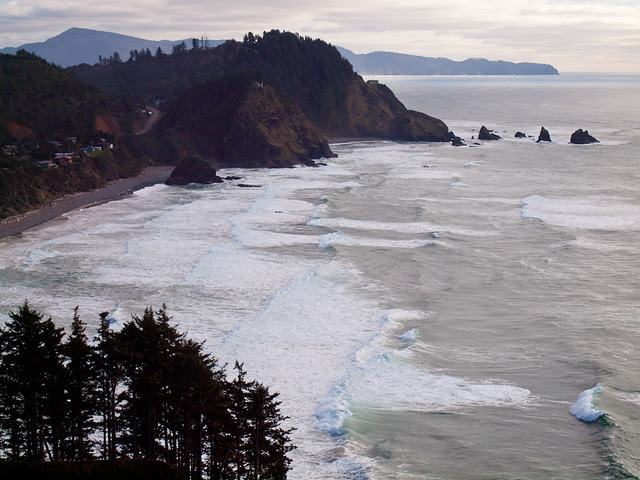 We followed a trail that led through a thick spruce forest, where we saw the only other people in the park. 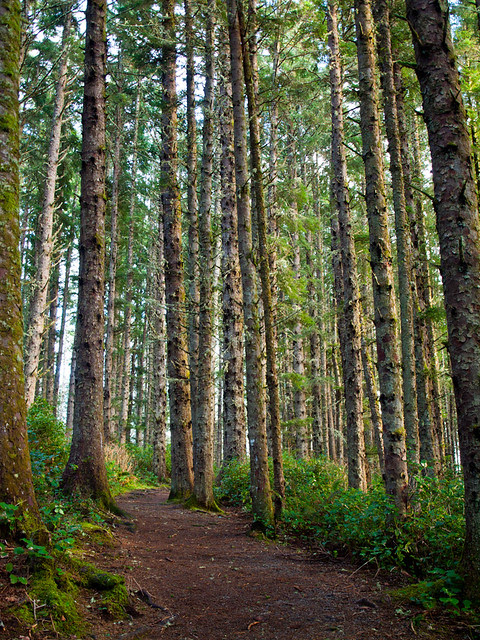 We then got back on the road, only to stop a few minutes later. A trail ran down the hill to the beach, right next to a waterfall. 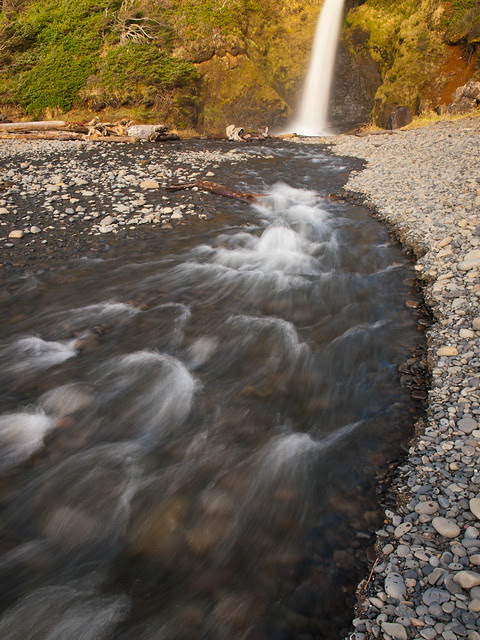 The waterfall created a creek that then flowed directly into the ocean. 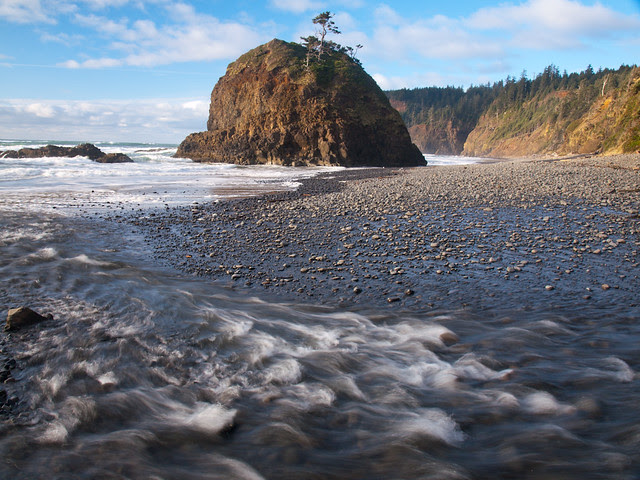 We took a few more pictures and then drove into the town of Tillamook, where we did a wine and cheese tasting before heading back into Portland.
Posted by Cormackphotos at 9:16 PM