Last Sunday I had some free time so I decided to drive around Little Rock trying to find something to take pictures of. It was a lazy day, most of downtown was quiet and still. 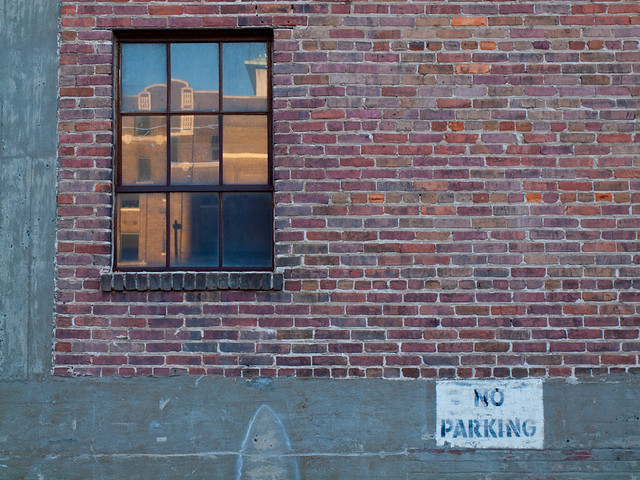 This is an old sign along an empty store along Main Street. The Arkansas Repertory Theatre was just across the street and there was a crowd of people streaming in to see a show. Although this storefront was vacant, there is a lot of new activity along Main Street. There is a lot of new development coming in that is bringing life to this forgotten stretch of downtown. 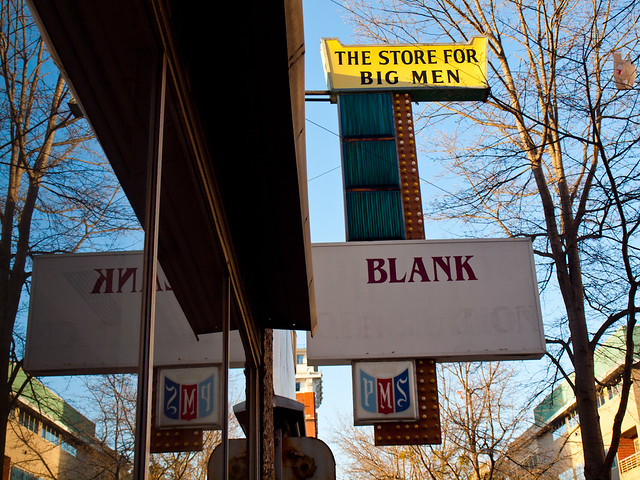 I drove across the freeway and went by the old Woodruff House. Located along East 8th Street, the Woodruff House was built in 1853 and is one of the oldest buildings in the city. The house was built for William Woodruff, who was the founder of the Arkansas Gazette. Back in 1850s, this area was located outside of the city limits and Woodruff built a country estate. During the Civil War, the Union Army took possession of the house and used it as a headquarters and as a hospital. The Woodruff family moved out of the home, and in the 1920s it was converted into apartments. It has long since fallen into disrepair and has been vacant and boarded up for years. There have been a few attempts to save the building, and it is listed for sale right now (only $175,000). Hopefully someone will step in to help save it. After the old Majestic Hotel burned in Hot Spring, we don't need to lose anymore of our historic buildings in this state. 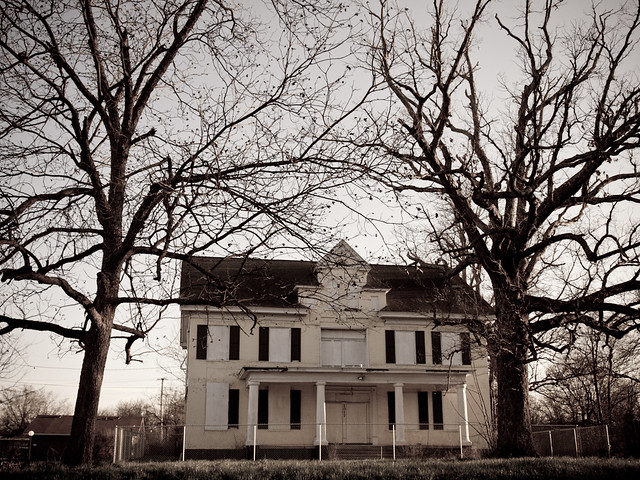 I drove around some more, eventually stopping by the old Cathedral of St. Andrew. It's a pretty old church, built way back in 1881. Here it is reflected in the roof of my car. I'm not too pleased with this composition, since you can some hail damage on my poor car. 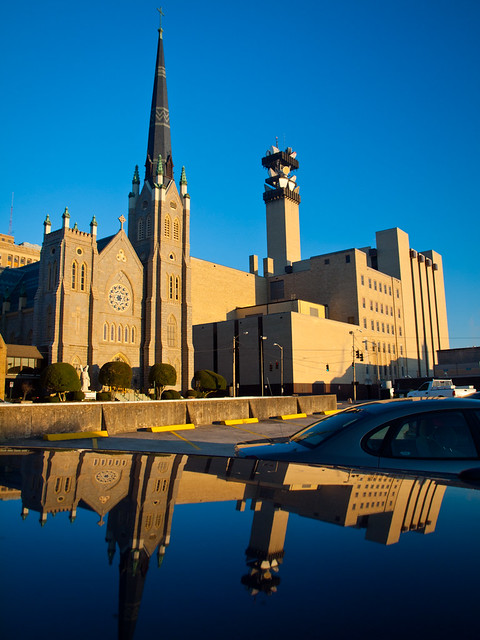 Another church nearby is the First United Methodist Church. Here is the steeple of the church, which was built around 1900, with the modern Metropolitan Bank Building in the background. 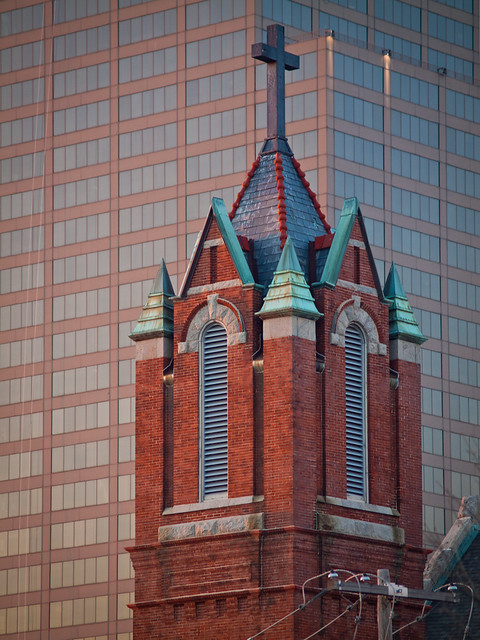 Posted by Cormackphotos at 10:26 PM

Sunday is a day of rest for most people, but you managed to get to a little adventure of your own. And judging from the pictures you’ve captured, it was worth it. And if I have to pick, the third one is my favorite. It looks amazing, and has a little mysterious effect because of the leafless tree. As for your car, the hail damage is not that visible. But even so, I hope you’ve already visited a repair shop for the necessary solution for it.