Last week, Caroline and I took a quick vacation to Portland, Oregon. It's a city that I've been wanting to visit for awhile. The city is surrounded by waterfalls, and the coast is about an hour away. Portland is also home to more breweries than any other city on the planet. So after sitting on the plane for several hours, I was more than eager to get there.

We got in late at night, but the next morning was perfect for waterfalls. A steady rain fell as we drove east from downtown towards the Columbia River Gorge. We left the freeway and then drove the Historic Columbia River Highway, which runs for 75 miles from the Sandy River to The Dalles. The road was built between 1913 to 1922, and curves and snakes through deep forests that are covered in layers of moss. 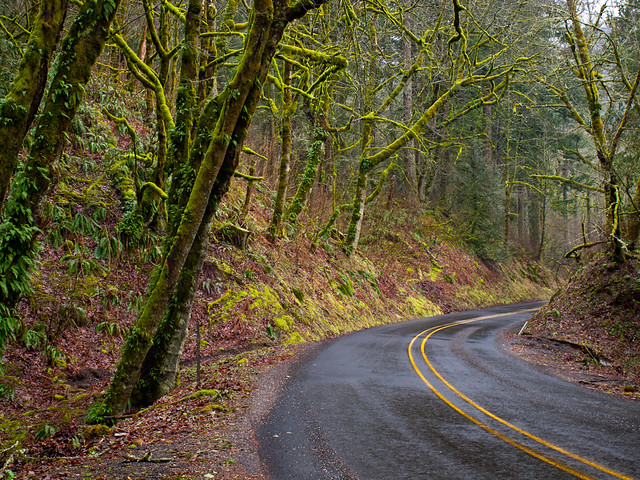 Our first stop was Latourell Falls, which you can see from the road. This is the bridge over the stream, downstream from the falls. There was moss everywhere. I'm surprised moss didn't start growing on the car while we were parked near the falls. 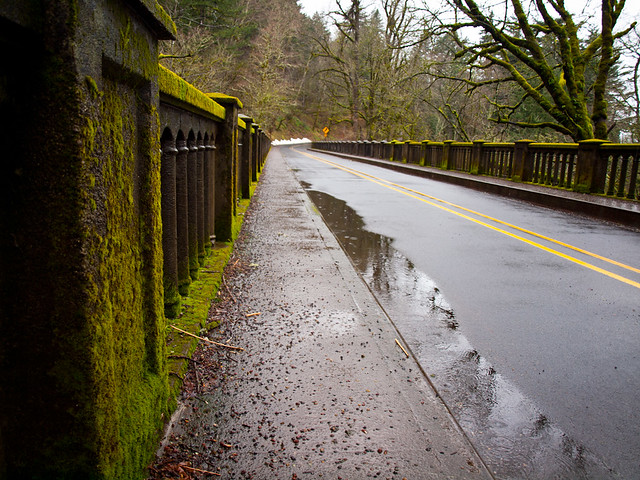 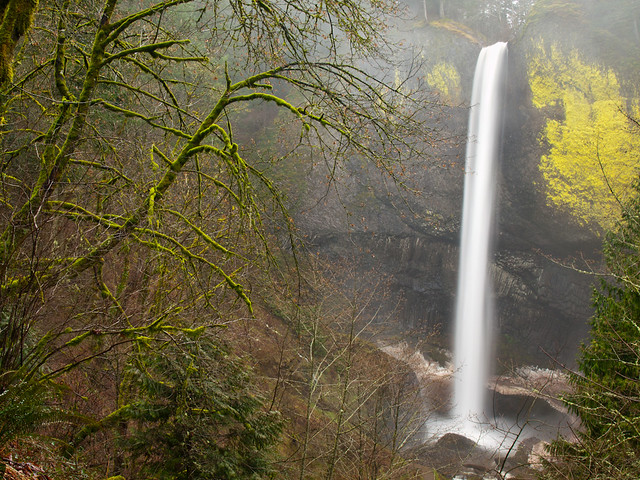 We hiked a trail that went uphill for a bit, which provided this view of the falls and the swirling fog and mist that surrounds it. 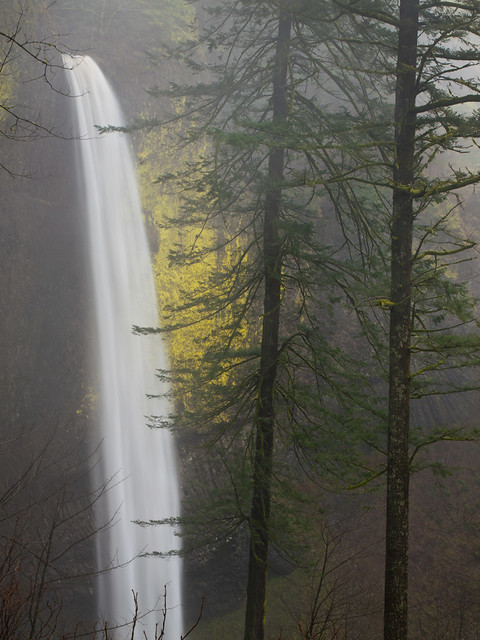 I followed another trail that went along the creek and to the base of the falls. The trail was being bombarded by mist from the falls, soaking everything. It wasn't the first time that day that I'd be thankful that my camera bag is waterproof. 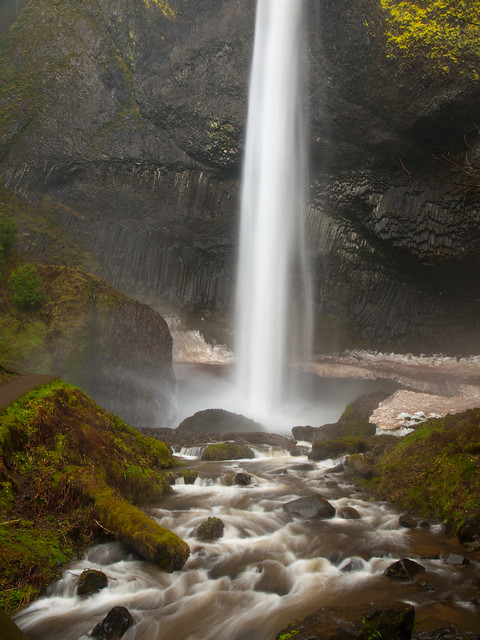 Posted by Cormackphotos at 8:02 PM