The other weekend, the fiancé and I drove over to Nashville, Tennessee.  While my visit to Music City didn't include me trying to parlay my elementary school piano lessons into a career in the music biz, it did have some time spent exploring the city.

One of the first stops was to visit the Shelby Street Bridge, an old car bridge built in 1906 that was converted into a pedestrian bridge in 2003. The views of downtown Nashville are great from the bridge, but it was pouring down rain while we were there. This shot is the one with the fewest amounts of raindrops on the lens. 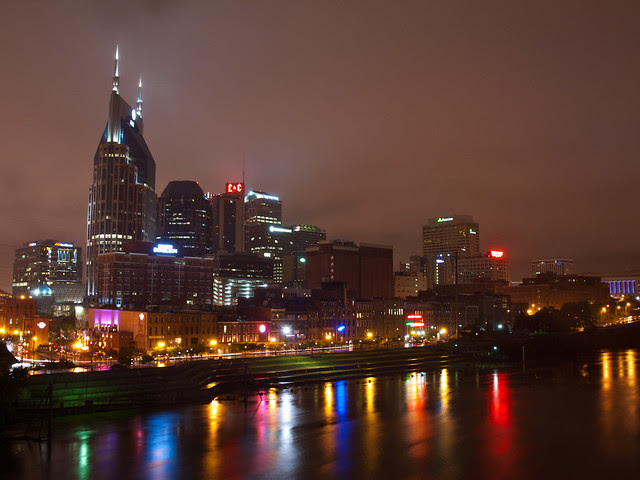 The next day, we headed out to see more of Nashville. I had never been to Nashville (besides driving through while in junior high). Nashville is a great city, and we headed back to downtown on a rainy afternoon. 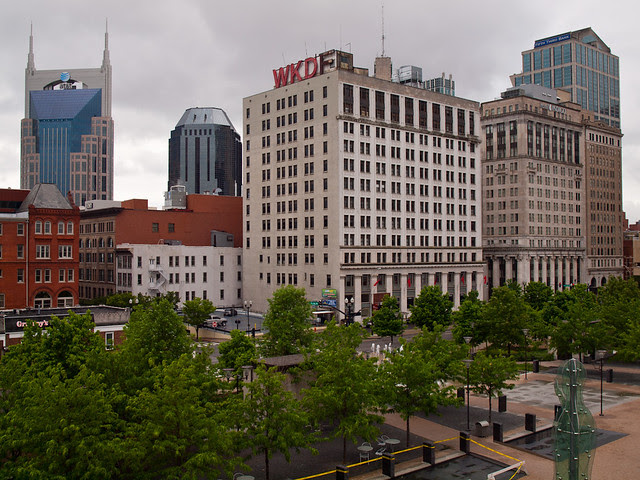 These were all taken at Public Square Park, which provides a nifty overlook on downtown. I believe this is looking down Deaderick Street towards the War Memorial Auditorium. 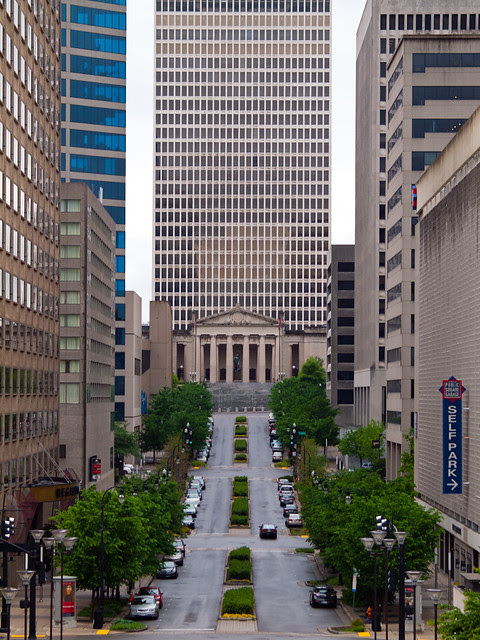 And another shot of downtown Nashville, which wouldn't be complete without having something with CMT in it. 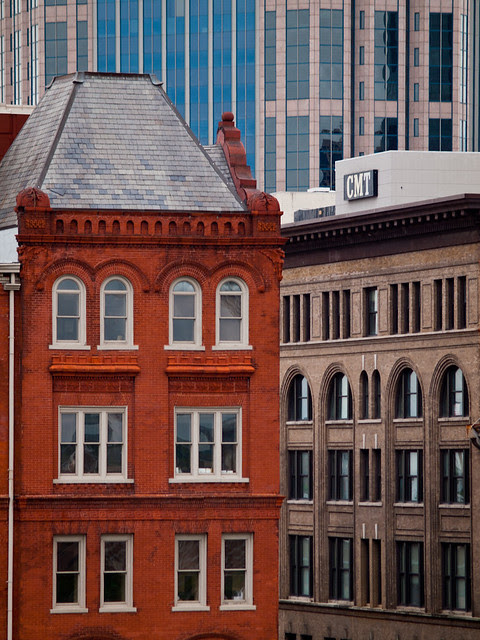 The next stop on the tour of Nashville took us to the Tennessee State Capitol. This is the capitol building with a statue of Andrew Jackson. 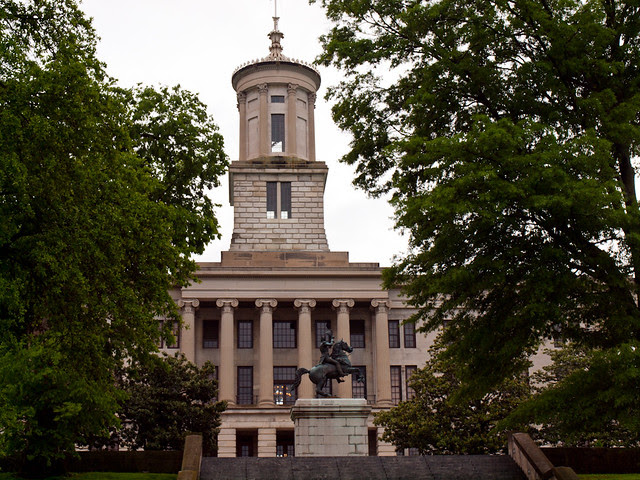 The Tennessee State Capitol was completed in 1859, and is a grand building. And as someone who grew up in the capitol city of another state, I've been nerdily interested in seeing other state's capitols. I was interested to read that Tennessee is one of only eleven states that have a capitol building without a dome. But I was displeased to see that the Tennessee capitol is locked up tighter than Fort Knox on weekends. Especially, if say, you are a visitor in desperate need of going inside the capitol to perhaps visit a bathroom. Unfortunately for me, and my bladder, the building was locked up tight. 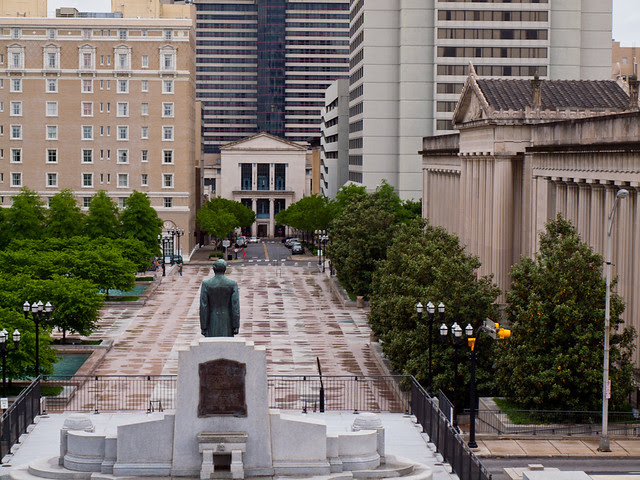 And one last shot from the Tennessee State Capitol, along the steps leading towards the statue of Andrew Jackson. I really enjoyed my time in Nashville, and look forward to going back and seeing all the spots that we missed seeing this time around... 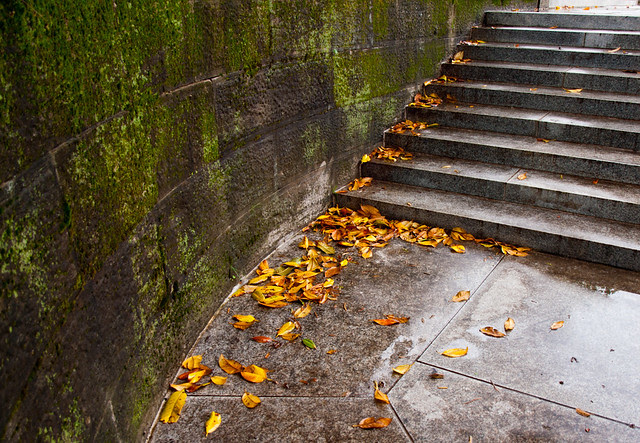 Nice pics. I hit up Nashville a few years ago. My favorite stop was Cooter's out by the Grand Ol Opry where I got a picture of me with the General Lee.