So on the 4th of July, we headed back out in search of a decent place to shoot the fireworks over the Arkansas River. A probable site was along the North Little Rock side of the river, where hopefully both the fireworks and skyline could be squeezed into one shot. Before it got dark and too crowded along the river, we drove around looking for locations. Somehow we ended up driving over to the foot of the Clinton Park Bridge, on the north side. That angle provided a decent view of where the fireworks would go off - and one that was a bit different. I don't recall ever seeing fireworks shot from that view before.

So we claimed a spot and waited for it to get dark. The spot we settled on was on what must have once been a boat dock of some sort. It was a concrete platform that jutted a few feet into the muddy water of the river. 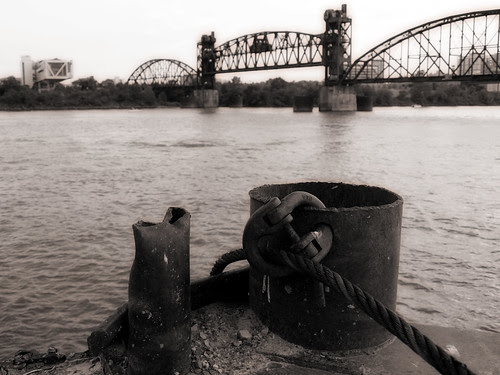 It was a good location to shot from, it had an interesting angle on the Clinton Library and the old rail road bridge next to it. This is a shot of the Arkansas Queen riverboat passing below the bridge. 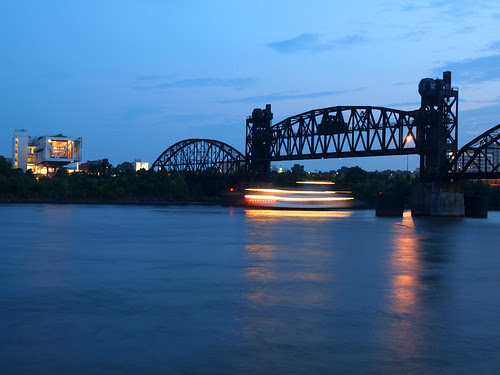 And another shot of some river traffic. This was a Pulaski County Sheriff's boat, patrolling the waters just before dusk. 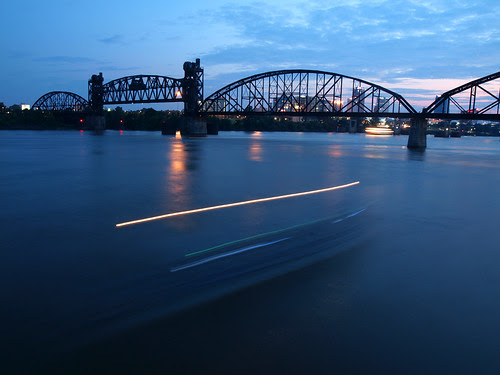 The old bridge was built way back in 1899, and was in operation until 1980. For most of its existence, the bridge was named the Rock Island Bridge. But earlier this year the bridge was re-named the Clinton Park Bridge (presumably because people were getting it mixed up with the Junction Bridge upriver). I kinda wish they had kept the Rock Island name, since it had a lot of history to it. But then again the new name is after a president, so I guess that's historic too.

The bridge will be converted into a pedestrian bridge, and will serve as the final link on the River Trail projects that spans both sides of the river. Construction is expected to be completed next summer. For an interesting story on the bridge, check out this link from our local NPR affiliate (with pictures, too). 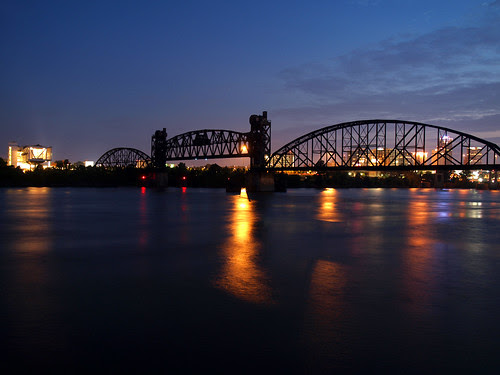 Finally, the fireworks were set off... 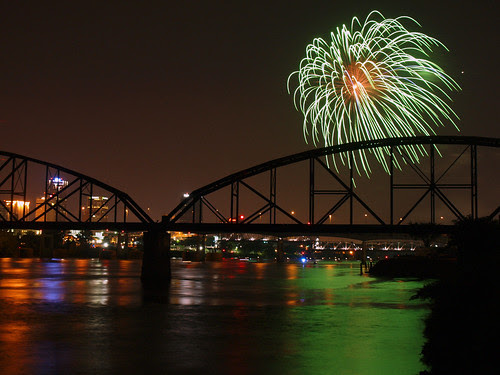 That bright white dot to the right of the fireworks is actually Venus...
Posted by Cormackphotos at 9:33 PM