Petit Jean State Park is Arkansas' oldest state park, and there is plenty of reasons to see why it has been preserved as a park since 1923. There are waterfalls, scenic trails, overlooks and unique Native American history. I made a visit there recently, just as the landscape was transitioning into the bright greens of Spring. This was the view from the Stout's Point overlook, near the supposed grave of Petit Jean herself. 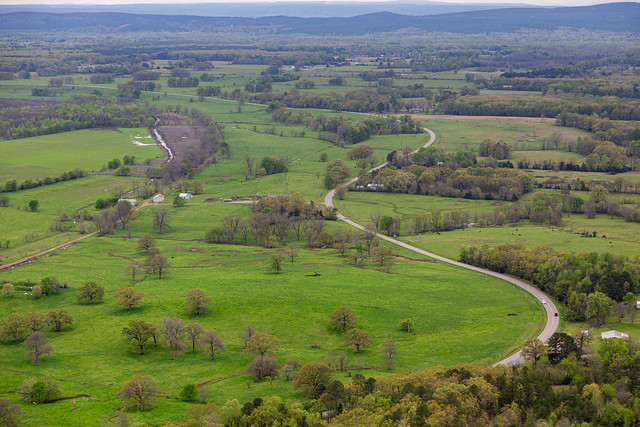 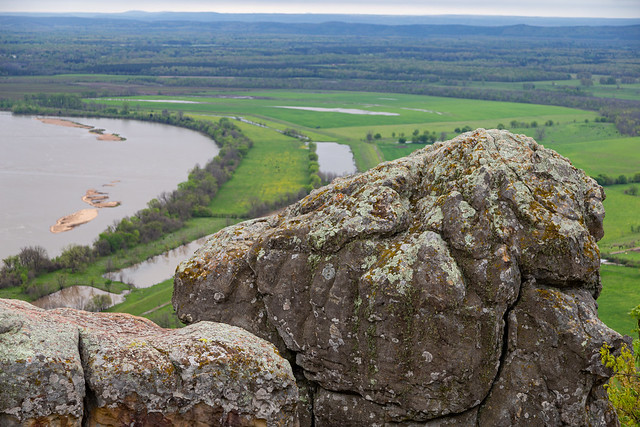 I brought along the infrared camera, eager to use it now that the trees were getting leaves and vegetation was growing again. This was the view of the Arkansas River, as it rounds a bend near the base of Petit Jean Mountain. 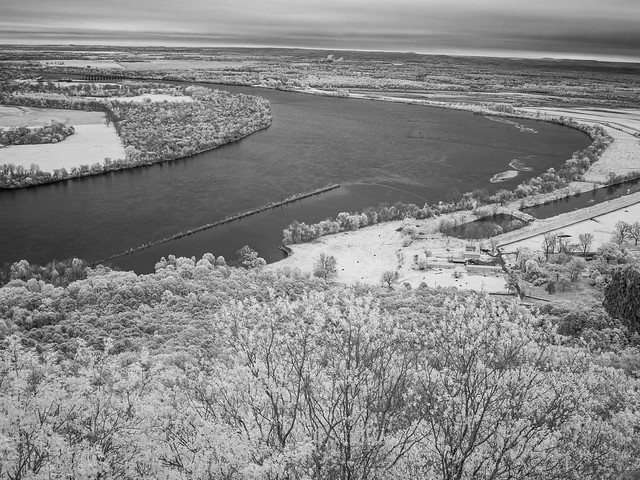 Nearby was this little dirt road that rambles off into the woods. I'm not sure where it leads (maybe to someone's house?), but I thought it might look neat with the infrared camera. 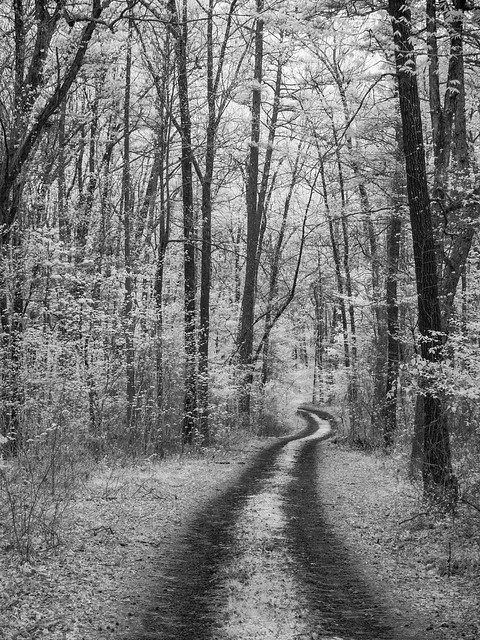 There is a lot of history at Petit Jean Mountain. Native Americans are thought to have lived here for many centuries (from around AD 900 to AD 1600). Their presence has been found in about 100 archeological sites on the mountain, including the largest collection of rock art in Arkansas. Settlers arrived at the mountain in the 1840s, and there is a pioneer cabin that still stands in the park from those early residents. By the 1900s, a lumber company acquired the land atop the mountain. Parts of their holdings were too rugged and difficult to log, but a worker for the lumber company thought "the idea occurred to me that the trees might as well be left to live out their lifespan unmolested by axe and saw, and the area converted into a park."

An idea was proposed to turn Petit Jean into a National Park, but the then-director of the NPS said that the lands were too small for consideration. Why don't you try for a state park instead? So the lumber company donated the lands to the state, which designated Petit Jean as Arkansas' first state park (there are now 52 state parks).

During the Great Depression of the 1930s, the Civilian Conservation Corps was established to provide work for unemployed men. A CCC camp was established on Petit Jean, which included many veterans from World War I. The CCC would build many trails and structures that are still in use today. One of those structures is the old water tower, which is shaped like a castle tower. There was a water tank in the upper level that provided drinking water to the nearby lodge and cabins. 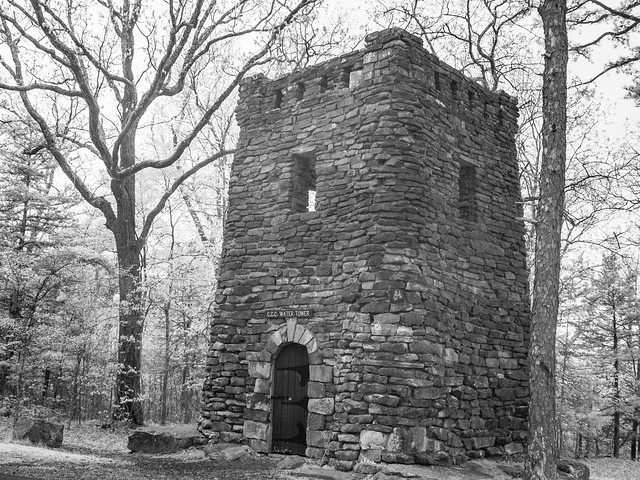 Another project of the CCC was the small stone dam that created Lake Roosevelt in 1935. The dam is a scenic little spot, especially with the small waterfall that flows over the rocks along Cedar Creek. A large tree sits by the waterfall, which had many new bright green leaves adorning it. 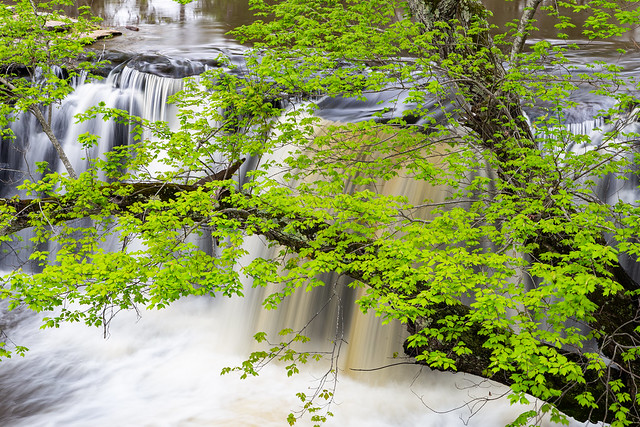 Lake Roosevelt was named after President Roosevelt, who established the CCC. 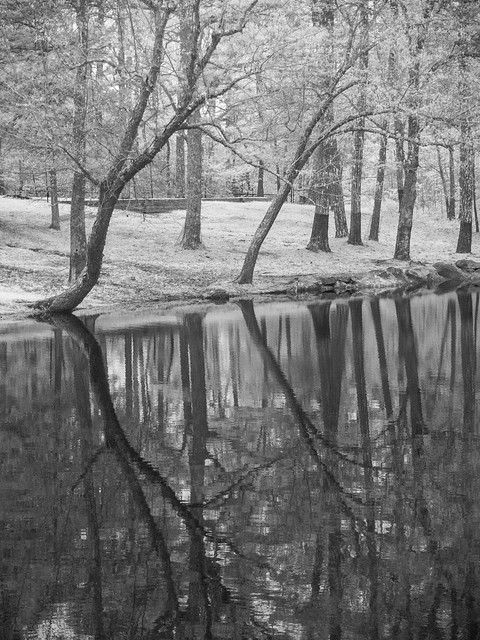 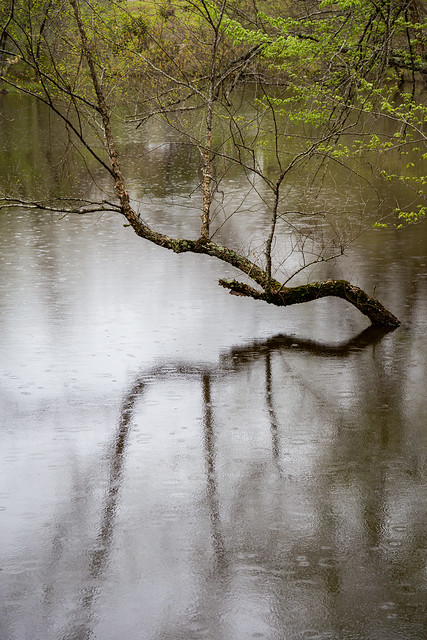 I didn't have enough time to hike to Cedar Falls on this visit, so I instead hiked along a short but scenic section of Cedar Creek. 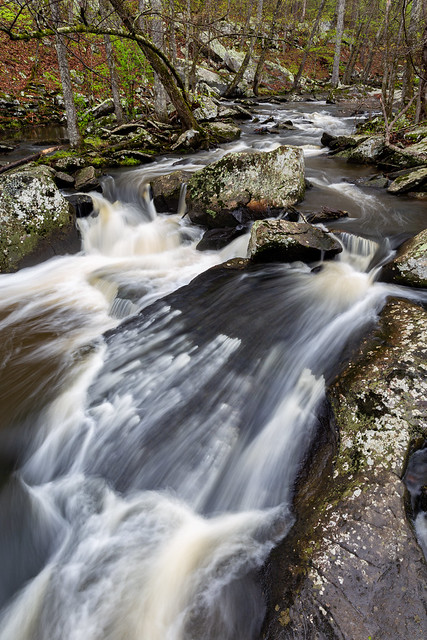 It had started raining while I was there, and I was thankful for the waterproof camera bag. 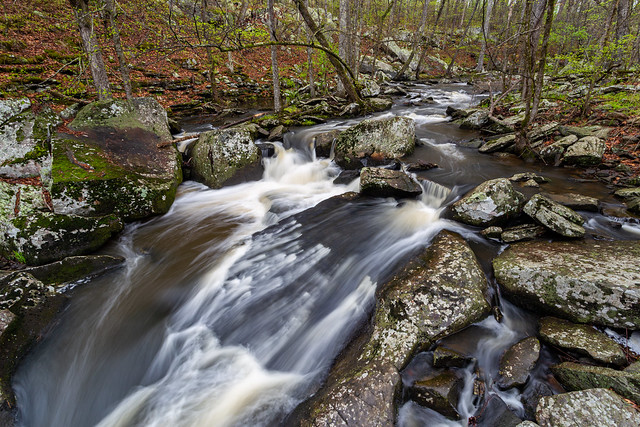 This was taken from a wooden bridge that crosses Cedar Creek. It was a little worrisome, since a few of the boards were either rotten or were missing entirely. But obviously I made it across ok and survived the hike. 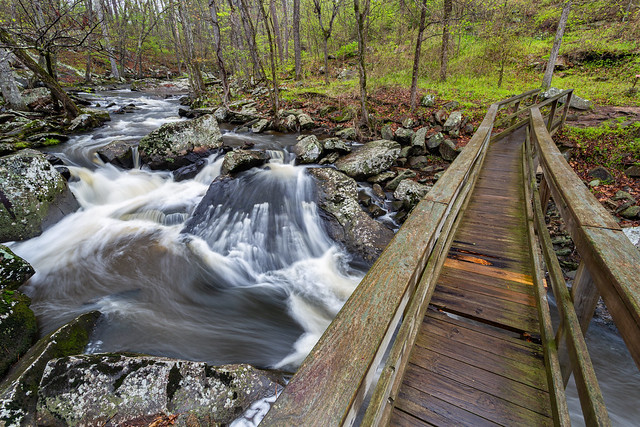 On the way back to the car I stopped to get this shot of the historic Davies Bridge, which was built by the CCC in 1934. 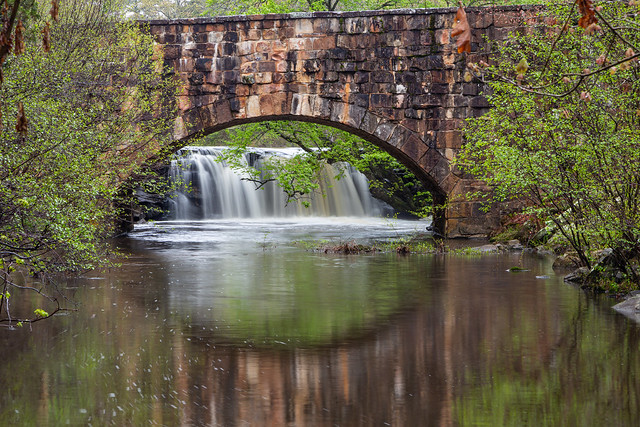 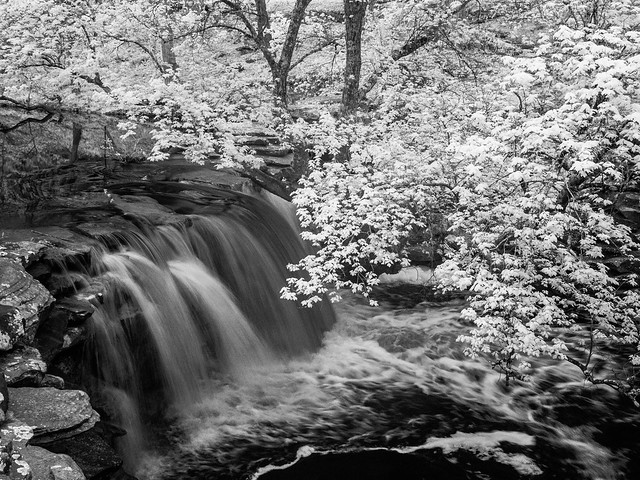 And then a view of the bridge: 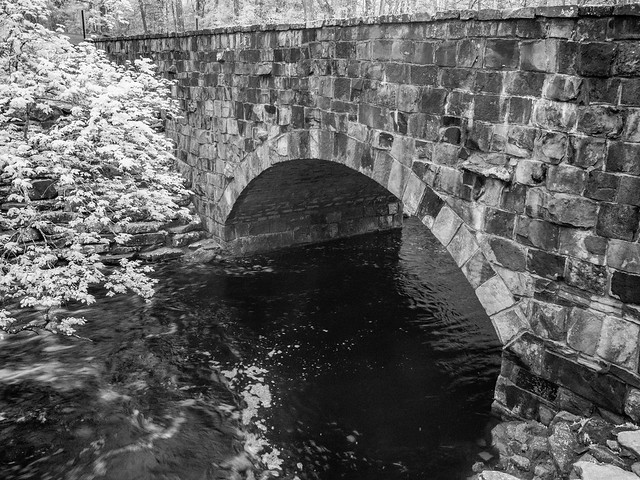 And another view of the waterfall, this time in color: 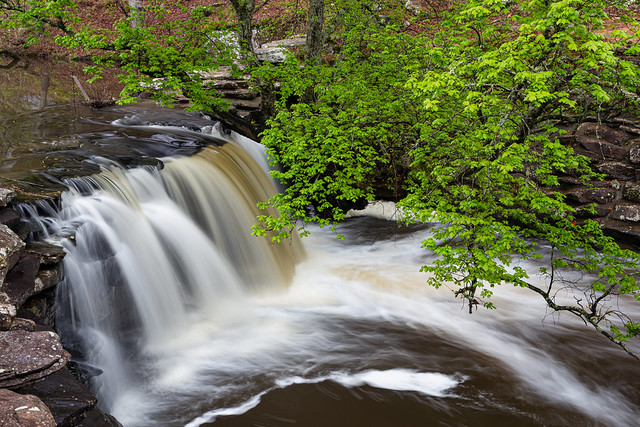 And a panoramic view of the waterfall over the dam, with the bridge downstream:

After that it was time to head home, but I made one more stop at the Stout's Point Overlook. When I was there earlier, people were doing family portraits at the stone ruins that marked the spot of an old YMCA lodge that burned in the 1940s. When I went back no one was around, so I tried to get one last picture with the infrared camera before heading home: 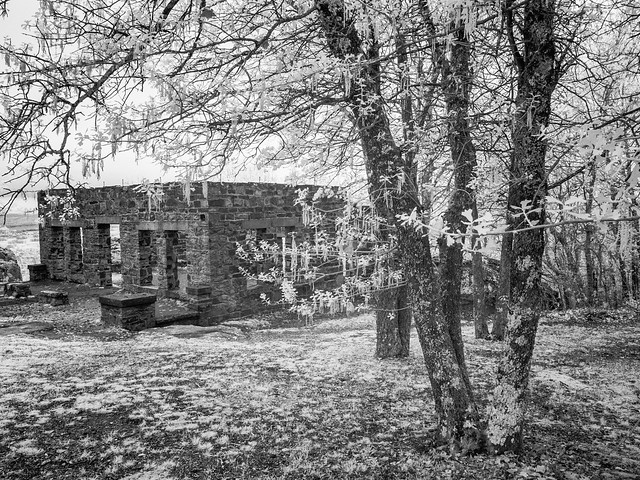 Posted by Cormackphotos at 11:03 PM