It was a warm Winter day and I had some free time, so I decided to make another attempt at getting some pictures in downtown Little Rock. I ended up walking around Capitol Avenue and spotted this building with a reflection of the Union Bank Building. 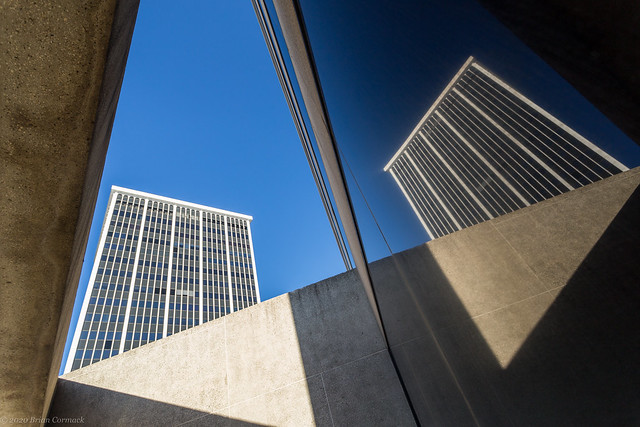 Sitting in a nearby plaza is the large sculpture of "Large Standing Figure: Knife Edge," which was done by noted British sculptor Henry Moore. The piece was purchased back in the 1978 to be part of the Metrocentre Mall, the first attempt at revitalizing downtown Little Rock. 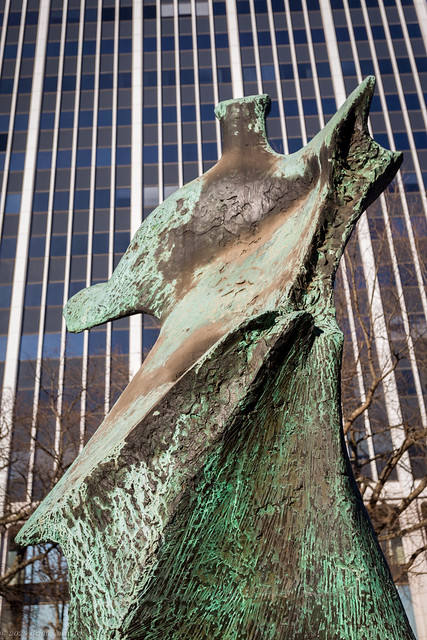 The sculpture will be moved to the Arkansas Arts Center in a few years when the museum's renovations are completed. 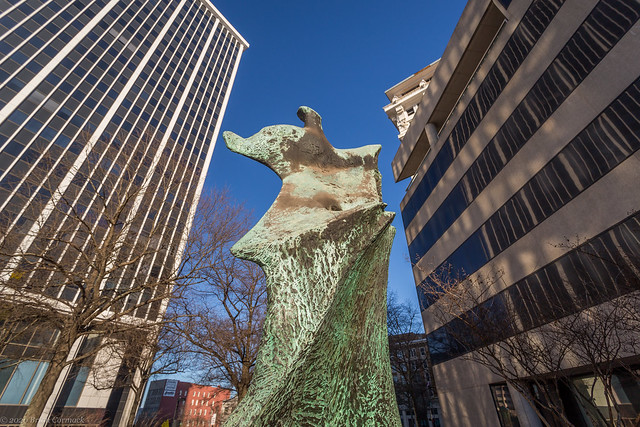 It was a bright sunny day, which isn't always the best conditions for taking pictures. But the light did make for some interesting reflections in the windows of this building along Capitol Avenue. 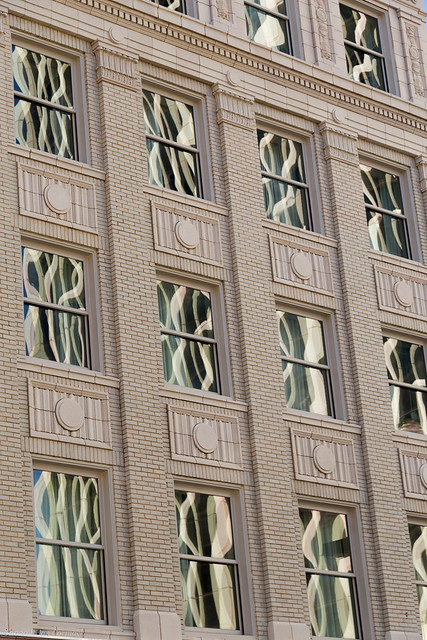 I got back in the car and ended up driving by this old building by Union Station, which used to be a furniture warehouse. I've seen a few older pictures taken of this building, and it at one point was a casket warehouse (which I'm sure means that it must surely be haunted). 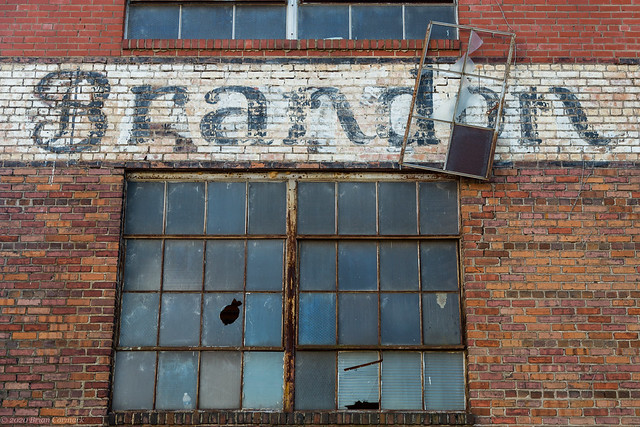 Nearby was this "No Parking" sign, which was rusted into the same color as the brick wall behind it. 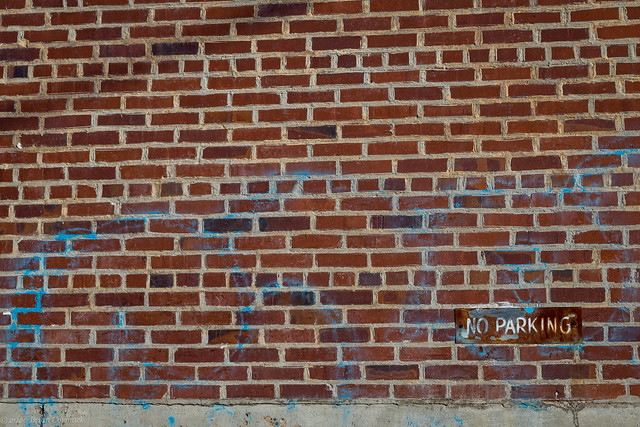 Just behind the Arkansas Repertory Theatre is Bakers Alley, which the Downtown Little Rock Partnership recently invited the public to paint and spraypaint the pavement in order to create more public art in downtown. It's an interesting idea (although the numerous dumpsters along the alley do kinda take away from the artsy views). 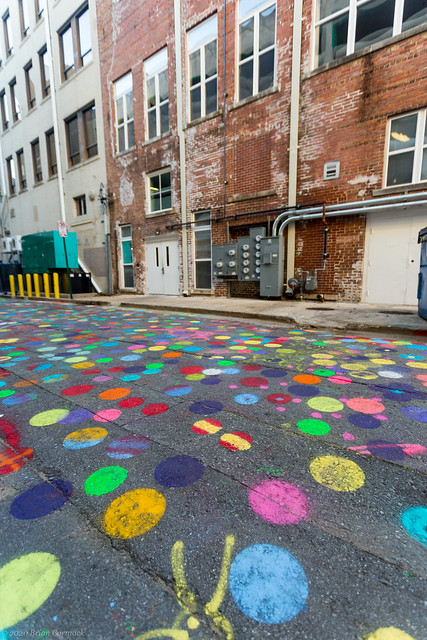 There were also some murals along the alley, including this one of a cat that I think doesn't look all that happy (maybe it knows I haven't seen Cats yet?). 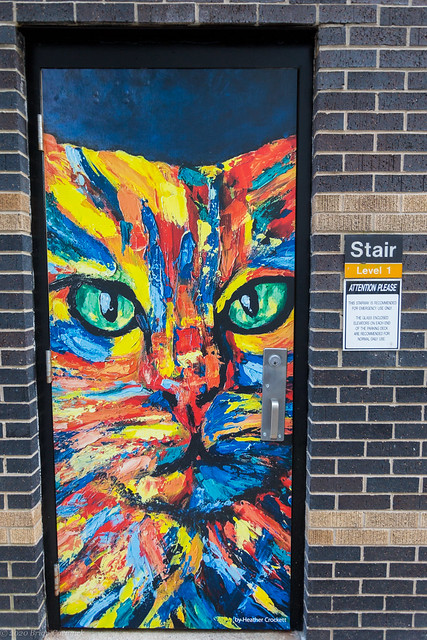 Posted by Cormackphotos at 10:32 PM