To celebrate the new year, and to take advantage of the day off from work, Caroline and I packed up the baby and went driving around on the day after New Years Day. It was chilly, with a light rain and fog. Jonah fell asleep not too long after we left, so I don't know how much he enjoyed riding around while I stopped to take pictures. He managed to sleep for just about the entire time we were out driving around.

We headed east from Little Rock, making the short drive to the small town of Scott. Scott is a neat little town, filled with tons of old barns and homes (it's like the Boxley Valley of the Delta). It sits in fertile lowlands not too far from the Arkansas River, and was the home of several large plantations back in the 1800s. This was taken overlooking an oxbow lake by the Plantation Agriculture Museum, which is operated by the Arkansas State Parks. 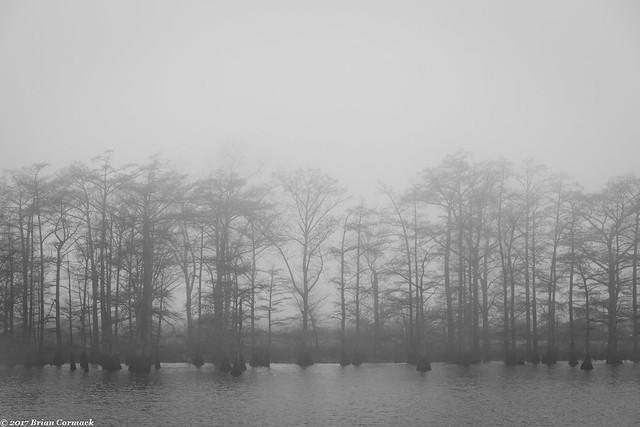 This was taken just down the road, while getting closer to Cotham's (which unfortunately wasn't open that day). 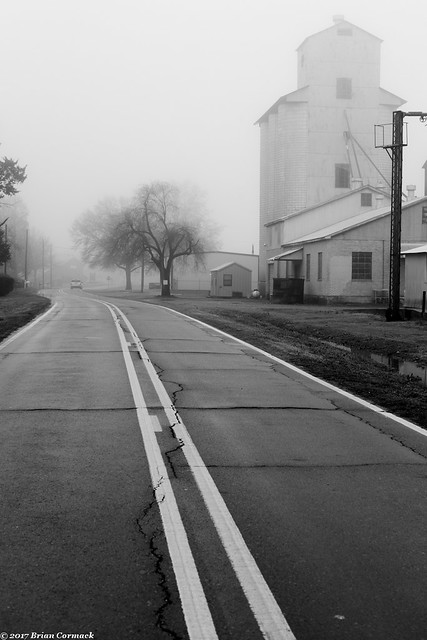 Just a little bit outside of Scott is this old abandoned church, which sits forgotten behind a stand of overgrown trees. 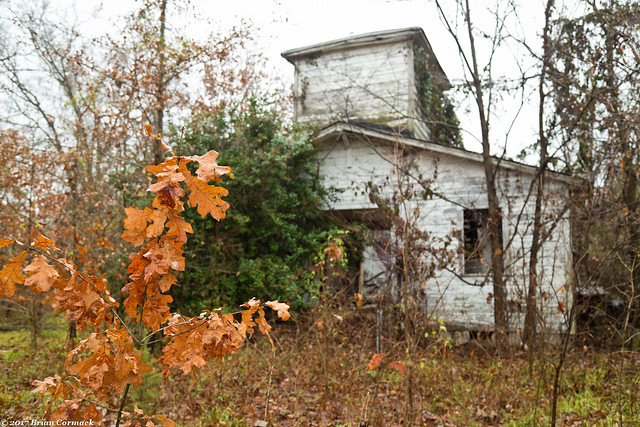 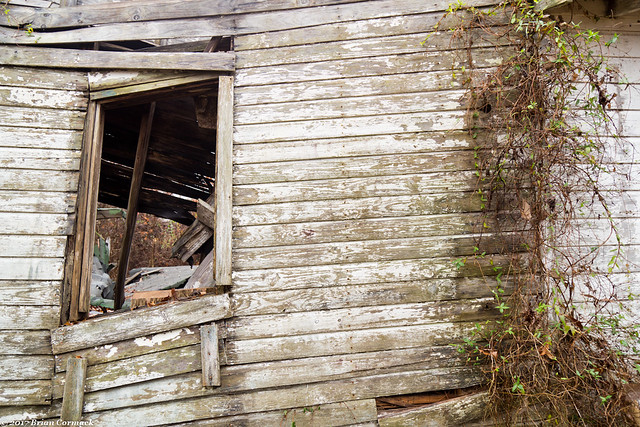 The roof of the old church has collapsed, completely flattening into the sanctuary below. 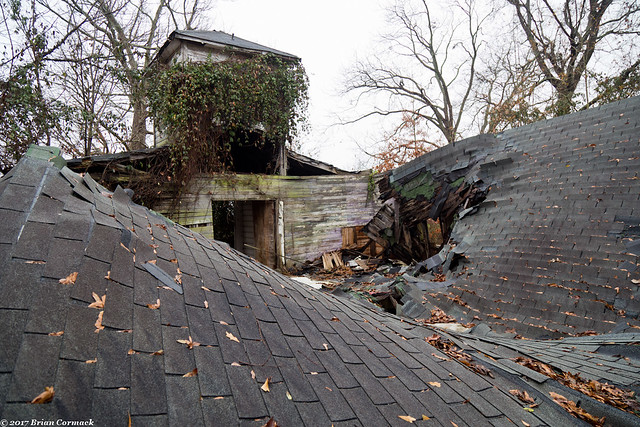 This is actually the view of the interior, taken while looking through the front door. It always seems so strange and sad to see places like this falling apart. There were probably weddings and baptisms here, and people spent a lot of time and energy building and maintaining this place. But now it's just a pile of rubble and debris. 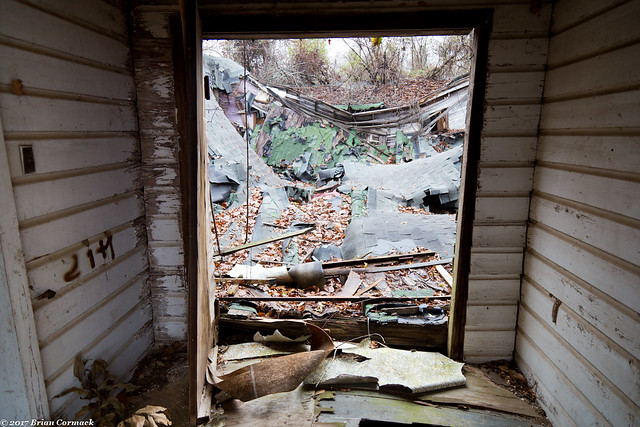 Further down the road, we stopped at another old and abandoned church. This church I've stopped at several other times and taken pictures over the years, so I'm always interested to see what condition it's in. The church probably hasn't seen any services in years, but it is at least maintained still. Also the area in front of the church has started to be a new area for the cemetery, with new graves being added in the past few years. This shot was taken from under a massive old tree at the side of the church, as light fog drifted by the old graves and the nearby empty fields. 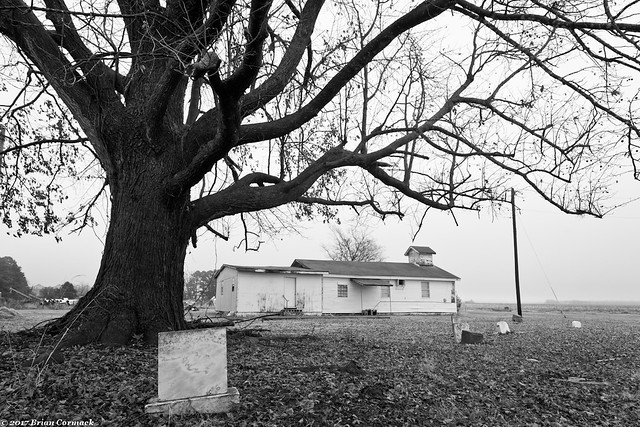 We continued on towards the small town of England, which is now home to about 2,800 people. Like Scott, England is also filled with lots of neat old buildings. Jonah continued to snooze in the backseat while I stopped to get a shot of this old sign. 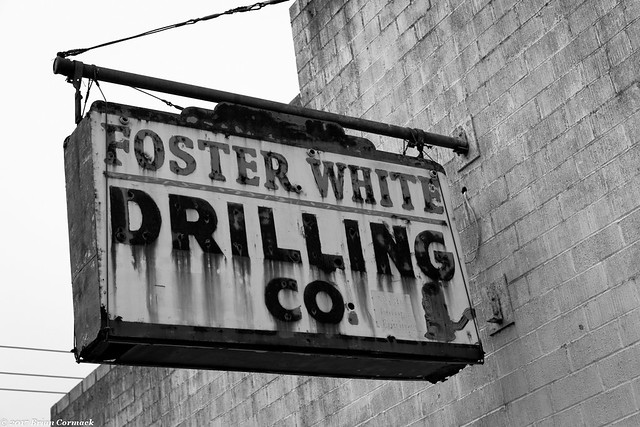 A few large silos sit on the edge of town, standing out like skyscrapers in the fog. 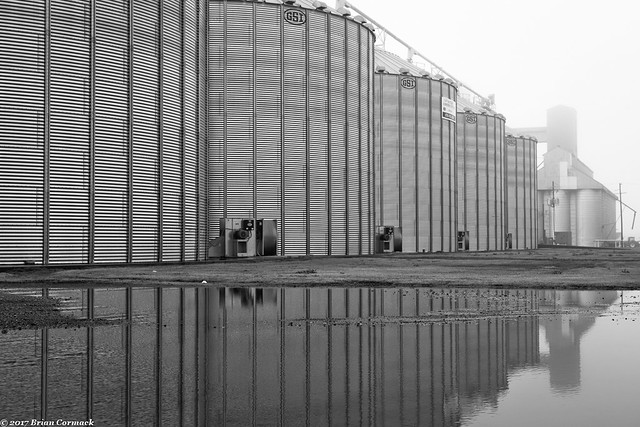 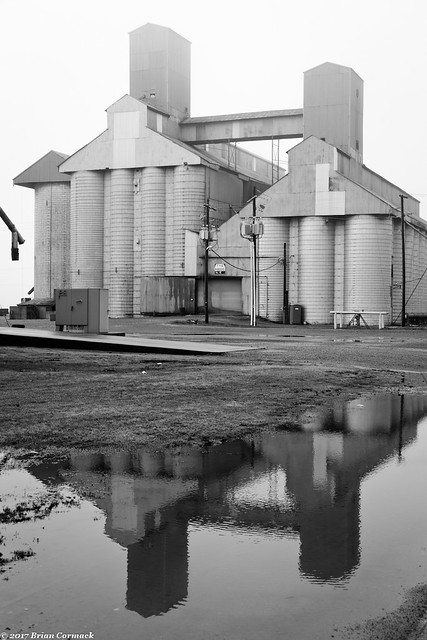 From there we headed back towards Keo, which while it's a pretty small town (population 256) it is also filled with a large collection of old farm buildings and barns. 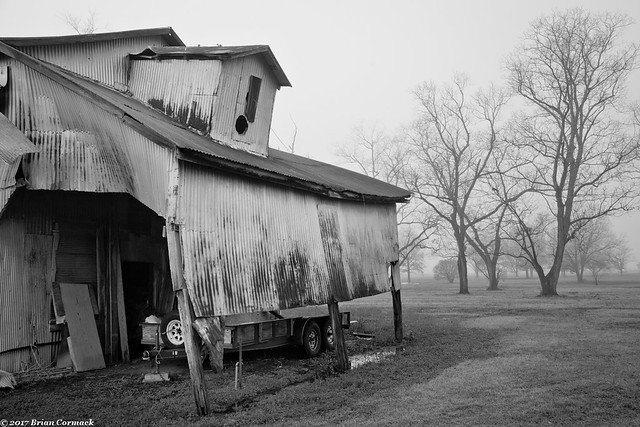 An old piece of furniture was still propped up against the door of the old building here (maybe an old cotton gin?). Wonder if this was maybe put here by the antiques store next door? 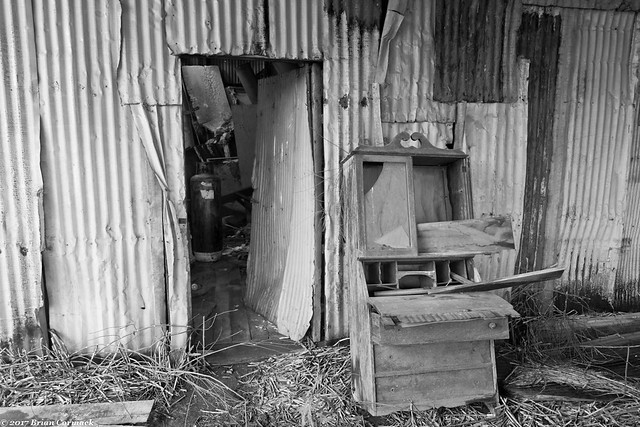 Nearby there was a barn, painted bright red. The color managed to pop through the dreary gray of the foggy and overcast skies. 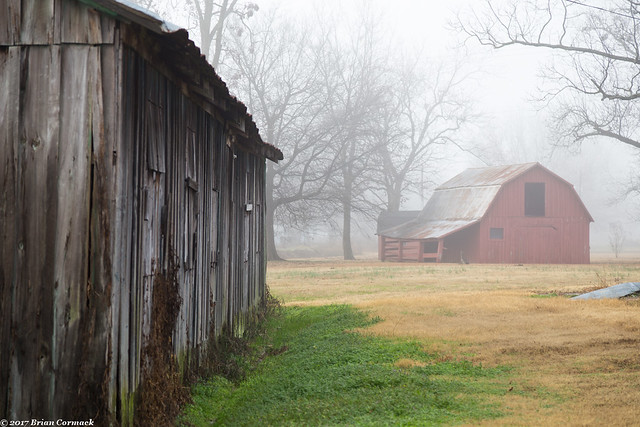 Keo and Scott are pretty well known for their pecan trees, and Keo actually has a few orchards located right in the middle of town. This stand of trees was actually right across the street from the old barn in the picture directly above. The thick fog obscured most of the trees, and also accentuated their trunks and branches. 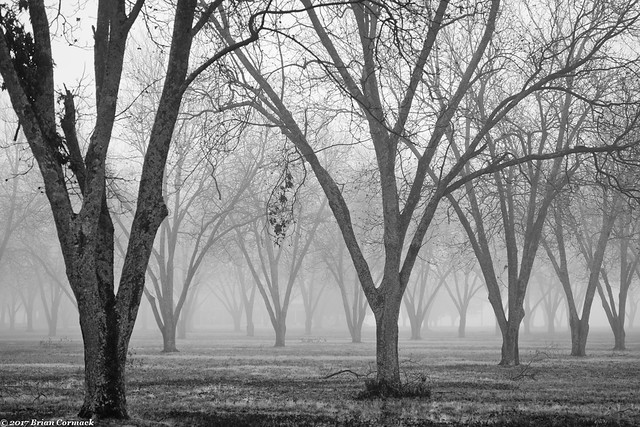 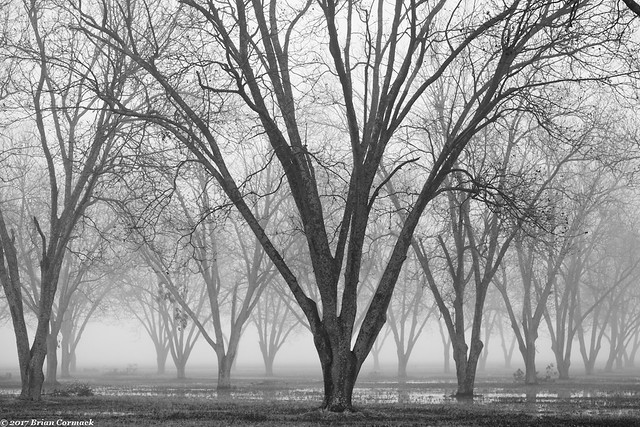 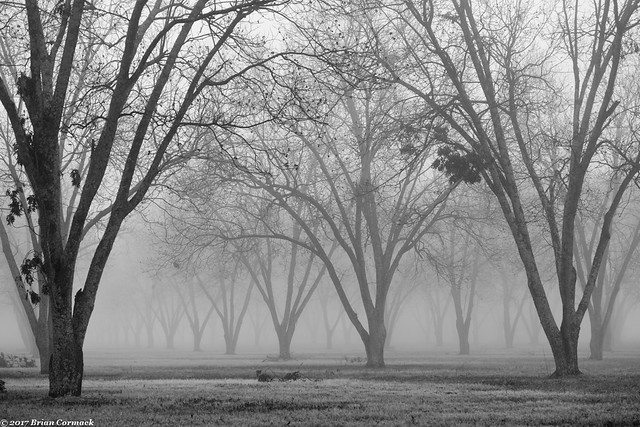 The fog was getting thicker as the day went on, so on the way back home we made a quick stop at the Pecan Alley by Scott. Here pecan trees line the road, creating a sort of tunnel. The trees are over a century old, and were planted as part of a plantation that used to be in the area. 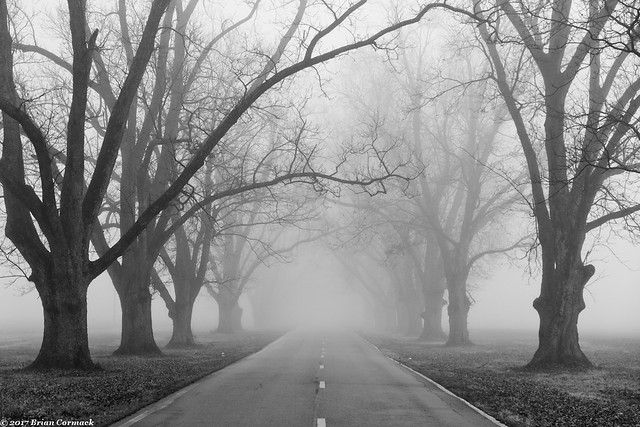 I did look both ways before stepping out in the road, luckily there weren't many other people out driving through the fog. 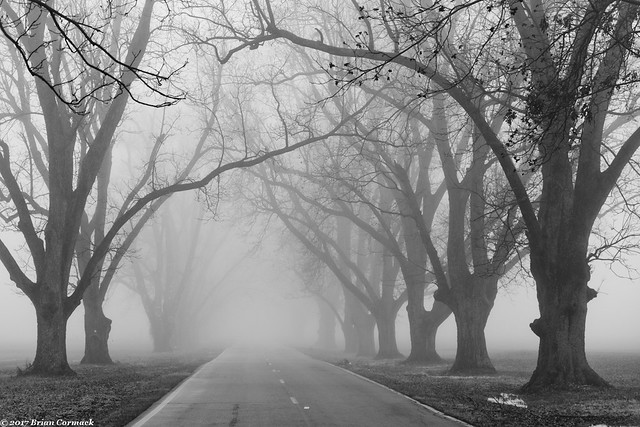 By this time, Jonah had woken up and was in need of diaper change. So after one last shot, we drove off into the fog and headed home. 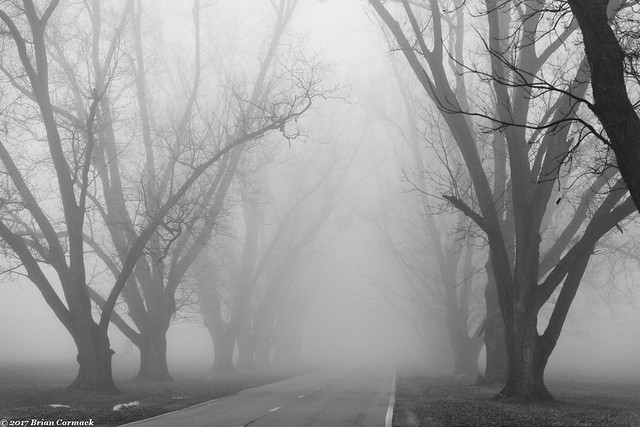 Posted by Cormackphotos at 10:47 PM