I decided to take advantage of a recent day off from work, and headed out to take pictures. After dropping the baby off at daycare, I headed out to try to find something to take pictures of. I hadn't really planned things through, and didn't really have any idea of where to go. So I drove west on the freeway, and hoped to find something along the way. It was a rainy day, with a bit of fog. So I ended up driving over to Mount Nebo to see if there was any fog there.

The road that heads up to the top of Nebo has to be one of the curviest stretches of road in the state. As it pushes up the mountain, the road twists and turns through hairpin curves like a snake on drugs. The fog got thicker as the elevation increased, and eventually you could hardly see anything on the road. So of course I stopped to take pictures! 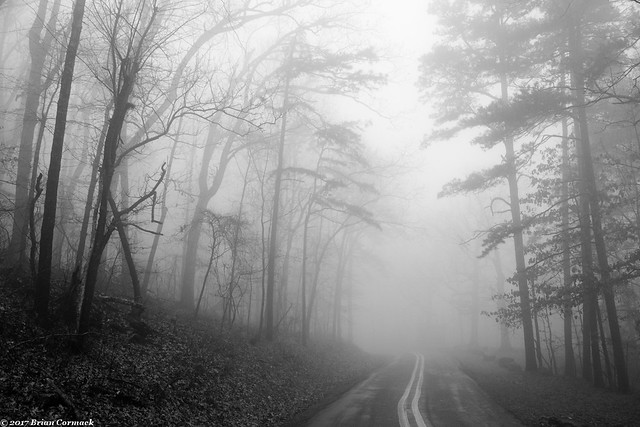 (I was parked safely off the road and there was no traffic). 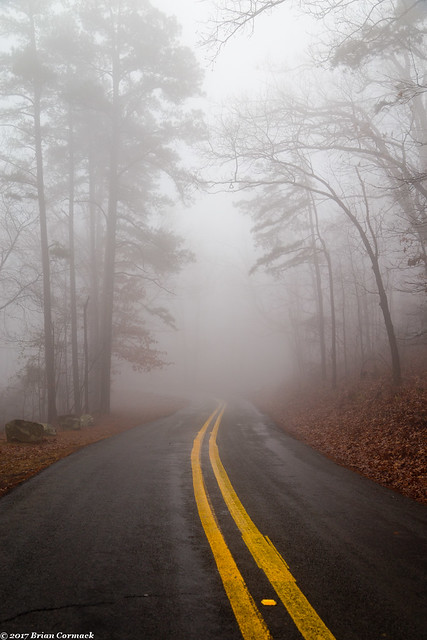 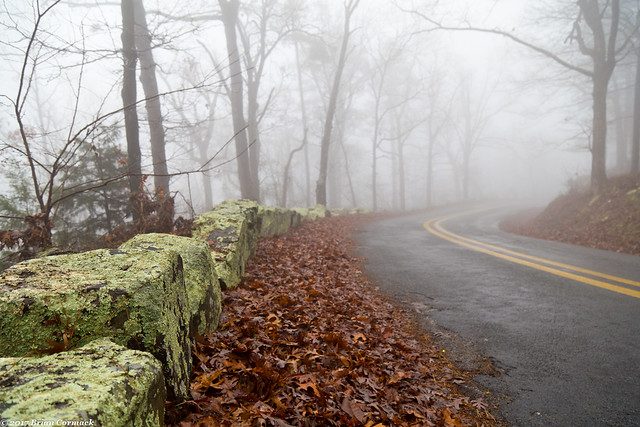 Mount Nebo stands 1,350 feet above the Arkansas River Valley (which doesn't sound like much if you're used to the big mountains out West, but it does tower over the surrounding countryside). From the top, you can usually have good views of the Arkansas River, Lake Dardanelle, the Ouachita Mountains and even the Arkansas One Nuclear powerplant. But of course you couldn't see any of that through the fog. As I drove through the park, trees appeared out of the mist and would then silently dissolve back into the fog. 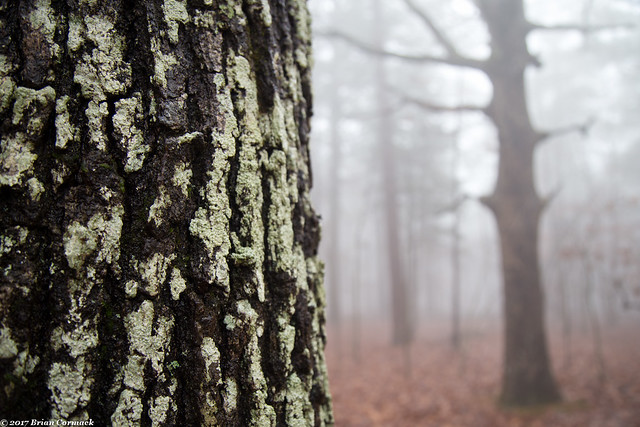 Mount Nebo has been a state park since 1927, but before then it was also a popular resort location. In the 1890s, two large hotels were on the mountain, each with over a hundred rooms. Visitors would ride steamboats up the Arkansas River, and would stay at Nebo since it was a little bit cooler in the summer and some springs on the mountain were thought to have medicinal powers. One of the hotels burned in 1918 and never reopened, but you can still find several old buildings still standing throughout the park. This building here was a maintenance shed that was built by the Civilian Conservation Corps sometime around 1934. The area that was surrounded by the low rock wall used to house a well and pumping equipment. 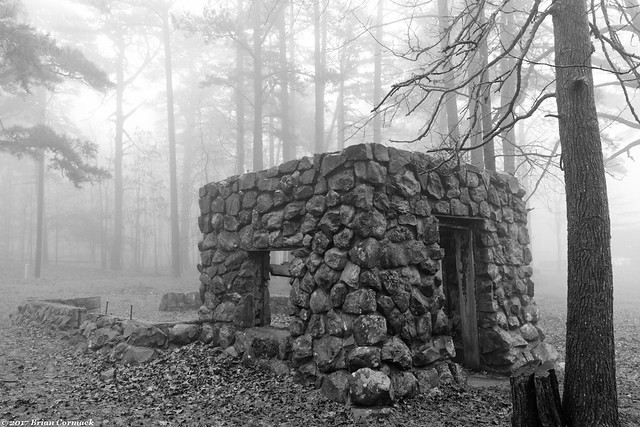 After that I drove back down the mountain and then tried to find some other things to get pictures of....
Posted by Cormackphotos at 11:40 PM