A few weeks ago, an ice storm passed over the state and dumped a few inches of sleet and freezing rain. We got enough here to shut down the city (right after everyone made the traditional run for milk and bread at the grocery store). Luckily it was enough snow to shut down the office for a day, and not enough to knock out power.

The ice storm was also bad enough to cancel the lighting ceremony and fireworks show at the state capitol. They were still switched on, and I headed out a few days later to take a few pictures. It hadn't quite warmed up enough to melt all of the snow and ice yet. 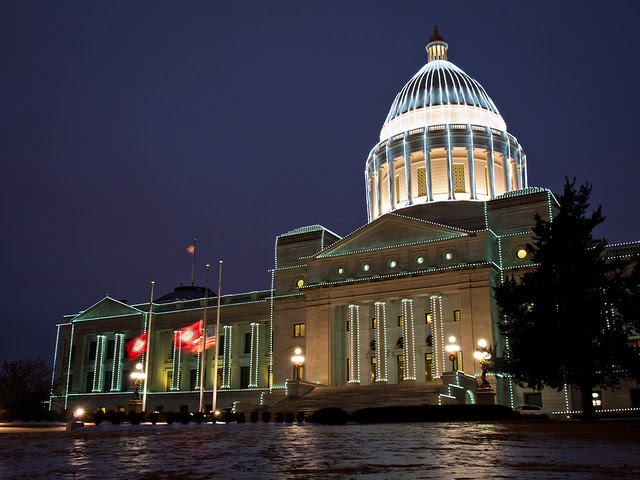 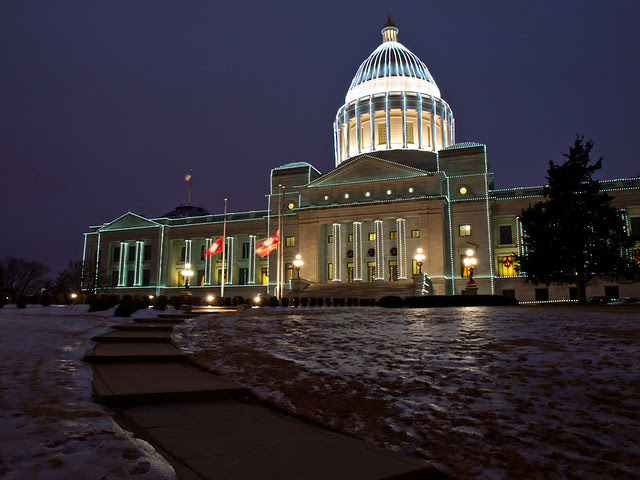 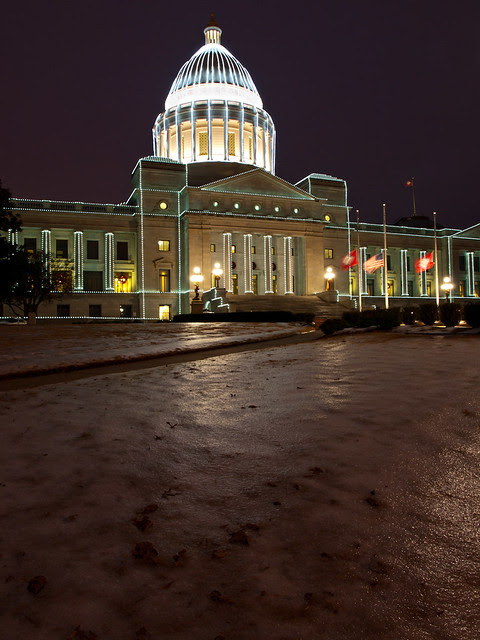 Posted by Cormackphotos at 9:50 PM