It had been several years since I hiked to the top of Pinnacle Mountain, so I decided last week that I needed to make a new trek to the top. But after starting out on the trail, I was quickly reminded why I hadn't done this hike in awhile: it's steep. The trail will quickly remind you of how out of shape you are. Which was a little embarrassing since I was on the "easiest" of the trails to the top.

But I did finally make it to the top of Pinnacle, which provides a good view of the Arkansas River and the surrounding countryside (and also Little Rock, which has eaten up a lot of the rural view with shopping centers and houses). 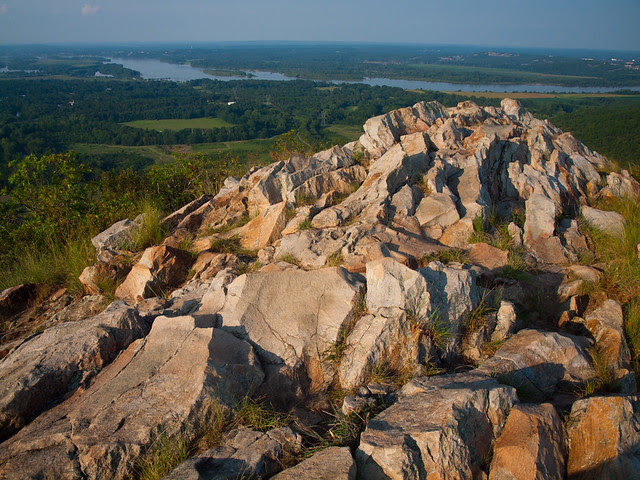 While sitting at the top, I noticed a helicopter flying around but didn't really think much about it. Well it turns out that there were other people getting shots at Pinnacle that afternoon, and they weren't using a camera. Unbeknownst to me, and the other people hiking, someone had the idea to break into some of the cars in a parking lot along one of the summit trails. The park rangers were apparently waiting nearby and caught them in the act. The three guys in the car then allegedly tried to run over a ranger, who opened fire and hit one of the men. He escaped, and eventually stole a state park maintenance truck. Parts of the park were closed while the state police conducted a manhunt.

But it was quiet and calm at the top of the mountain, and I sat up there until sunset. This is the sun dipping below the low foothills of the Ouachita Mountains that night. 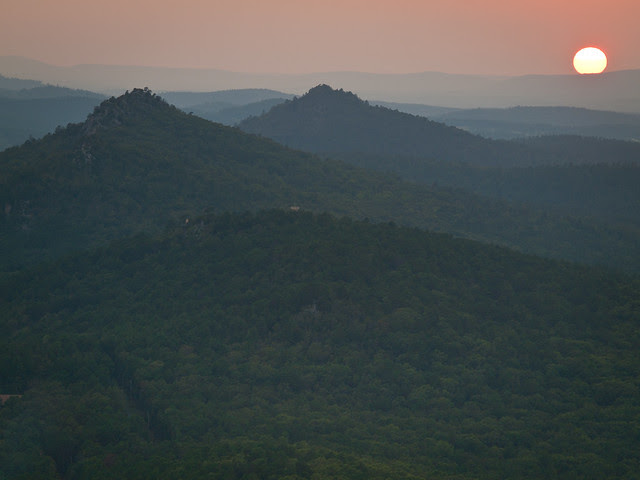 Posted by Cormackphotos at 10:30 PM